Officials Seek To Break The Stigma Of Affordable Housing - 27 East

Officials Seek To Break The Stigma Of Affordable Housing 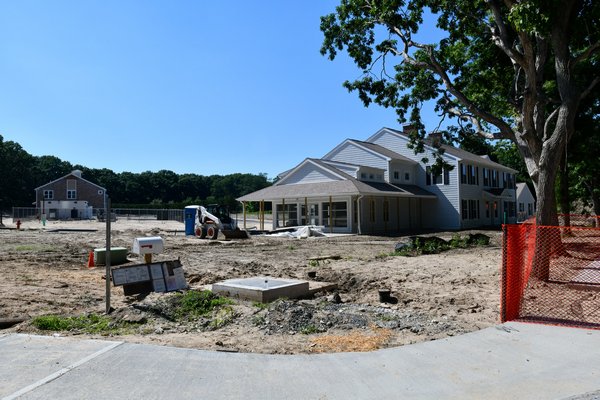 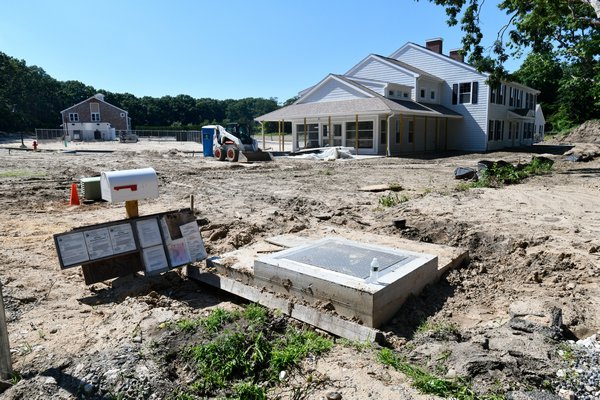 But, at a forum hosted by the League of Women Voters of the Hamptons at the Hampton Library in Bridgehampton in June, they said the reputation is not deserved—and, in fact, affordable housing is often nicer than the typical home building project.

The officials, with the help of a fact sheet provided by the League defining affordable housing terminology, explained that “affordable housing” has many meanings, and that can make it difficult to even have a discussion.

Mr. Highsmith said he often starts presentations by asking, “What do you think affordable housing is?” And the answers are often: Section 8, tax credits, first-time homebuyer assistance, and so on.

“There’s so many different terminologies for affordable housing that you’re all right,” he said.

Mr. Highsmith explained that Section 8, a program of the U.S. Department of Housing and Urban Development, is often not what people think it is.

“What you thought Section 8 was, what you think Section 8 is, is probably the same idea I thought years ago, before taking over this position,” he said. “I drove by, I saw abandoned homes. I saw overcrowding, I saw a number of cars in yards. I saw properties that were not being taken care of. I saw all these different facets—I immediately assumed that was part of Section 8.

“Well, let me change your mind. That has nothing to do with Section 8. That can’t be a part of the program itself, specifically based on how the program is governed.

Section 8, he explained, has both project-based vouchers—for example, the federal funding for the Hampton Bays Apartments for seniors and people with disabilities, managed by the Southampton Housing Authority—and vouchers linked to individuals who must find their own units to rent. While tenant-based vouchers move with the person, project-based vouchers are tied to the unit and the financial assistance does not follow the tenants if they move out.

Mr. Highsmith said he understands that neighbors are concerned that affordable housing could cause property values to decrease, or cause overcrowding and congestion. But, according to Mr. Highsmith, those concerns are unfounded. “We have to change the perception,” he said.

He cited what he called his best example: walk-throughs of the two Southampton affordable rental developments that are nearly complete—Speonk Commons, next to the Speonk train station, and Sandy Hollow Cove in Tuckahoe. There is currently a lottery open for qualified individuals and households to get the opportunity to rent one of 65 available apartments at the two facilities at below market rate, with a deadline of July 5 to enter.

“There were wood floors, marble countertops, stainless steel appliances, cedar shingles—which shocked me,” Mr. Highsmith said. “But the state … and the county would pay us extra to ensure that these programs are properly funded so that it doesn’t have a negative stigma. They ensure that it’s state-of-the-art, it’s energy-efficient, it’s handicapped-accessible. It measures above many of the market-rate projects that currently exist here in Southampton.”

Ms. Casey shared that sentiment. “If we do our jobs well, if we develop nice properties that people want to live in, and we manage them properly, we are effective professionals,” she said. “Then the tenants or the owners—the people who live there—have pride of place, and they, too, will take care of it, and they feel like they live in a community. … That’s what we strive to do.”

Ms. Casey said that East Hampton Town presently has 667 units of affordable housing, between ownership and rentals, and 37 more units are being constructed in Amagansett.

To ensure homes sold for affordable housing stay affordable in perpetuity, East Hampton Town retains ownership of the land, while the homeowner owns only the house on it. The houses can’t be sold or refinanced without the town being alerted by the title company.

“It makes it easier to hold on to affordable housing stock on the homeownership side,” Ms. Casey said.

Southampton uses a different method to ensure that buyers of affordable homes can’t cash in and receive a windfall once grants have run their course and home prices have skyrocketed.

Through what is called a “buyer benefit mortgage,” Ms. Weir explained, the buyer may pay, for example, $350,000 for a house valued at $750,000. When the home is resold, it must be sold to another buyer qualified for affordable housing—at an affordable rate.

Ms. Weir said people agree affordable housing is needed, but they object to the locations.

“After 25 years in this business, there has never been a project that we have started that the neighbors said, yay,” Ms. Weir said. “It’s always an uphill battle. It’s always fighting the myths of affordable housing: The people are coming from there. They’re those people. The traffic, the schools, the water, the devaluing of my home.”

She noted that HUD’s designated area median income, or AMI, for Nassau and Suffolk counties is $124,000 for a household of four. “That is not exactly someone who is going to destroy your neighborhood,” Ms. Weir said. “These are two people, probably working with two children. Maybe a mechanic, maybe a teacher, maybe a starting police officer, maybe somebody working in insurance.”

Everyone who buys affordable housing must show that they will be able to pay the mortgage, Ms. Weir noted, pointing out that its the lender—a bank that wants to know it will be paid back—that looks at the income and credit score and qualifies the buyer.

And while affordable housing developments, whether they be rentals or homeownership opportunities, cannot exclude people who live out of town, because of federal fairing housing laws, the tenants and buyers end up mostly being local residents or local workers, she said.

At Tuckahoe Woods, Ms. Weir pointed out, the winning applicants were “two local kids raising their kids here—where they lived and worked all their life.”

And at Southampton Pointe, a condominium complex off County Road 39 with 15 affordable units, 10 went to Southampton Town residents and two went to East Hampton Town residents. The last three condo buyers are from Manorville, Ridge and Patchogue, she said, “and those people are probably people who work here, because, generally speaking, people will not live far from their job—their job is their livelihood.”

Mr. Ruhle said that, due to a lack of affordable housing, the East End’s middle-class is being exported.

“Everybody who lives here year-round is in the same boat, and we just have to understand that without affordable housing we may very well lose the communities that we have come to love,” he said.

Southampton Town currently has 300 affordable units in the pipeline, Ms. Weir said, making sure to point out that they are not all in the same place: “Don’t panic.”

Many units are coming because of a 2008 state inclusionary housing law that requires developers to set aside 10 percent of the units at a project for affordable housing. However, Ms. Weir said, the law came just as the housing market crashed and development slowed because banks were not lending. “Maybe 100 units on Long Island were built,” she said. “Now we see a major uptick in development.”

Mr. Ruhle said wanted to dispel the notion that in order to get the opportunity to live in an affordable housing unit, one needs to know the right person.

The officials noted that there is more affordable housing stock in existence on the South Fork than many people realize, and that’s a testament to how affordable housing does not have the deleterious effects on neighborhoods that many fear.

For instance, the Bridgehampton Mews, which was a Southampton Town project completed in 2007. “Nobody even knows it’s there,” Ms. Weir said. “They look the same as they did when we first sold them, and they’re housing 12 families—four rentals and eight individual homeowners. So it works, but you always have to fight all of those myths that we discussed.”