Opponents Say Sand Land Mine Poses Environmental Risks, Should Be Shut Down - 27 East

Opponents Say Sand Land Mine Poses Environmental Risks, Should Be Shut Down 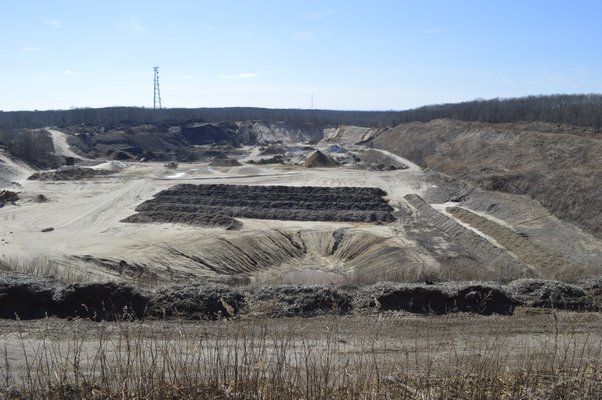 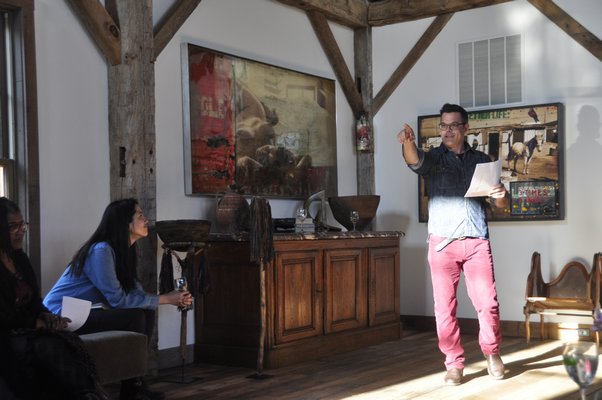 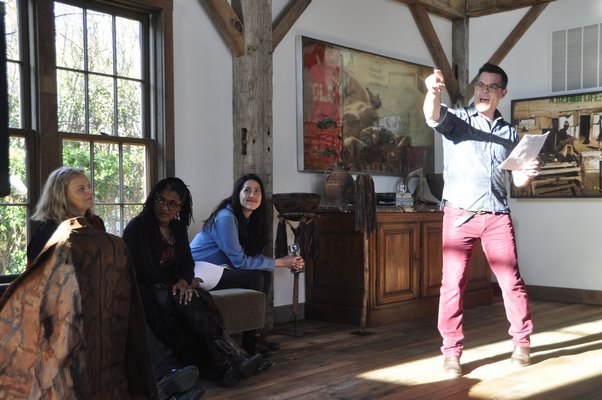 As opponents of a Bridgehampton mining and solid waste processing facility have begun pushing for a town buyout of the property, the mine’s owners have filed for a permit to expand their operations.

Lost in the middle is a litany of environmental concerns that has fallen through government cracks, though those could soon be on their way to being addressed.

An ongoing legal battle between the Sand Land Corporation, otherwise known as Wainscott Sand & Gravel, and the mine’s neighbors, including The Bridge Golf Club, began years ago. There is no end in sight for when the two will exit the court system for good.

But that hasn’t stopped neighbors, namely Bridge Golf Club owner Robert Rubin and his ally in this fight, Bob DeLuca, the president of Group for the East End, from alleging—and documenting—various environmental concerns in the hopes that Southampton Town and the state Department of Environmental Conservation will take action.

The primary concern, among many others, for both Mr. Rubin and Mr. DeLuca is the way the Sand Land Corporation allegedly buries mulch in order to fill in previously excavated mining areas.

Over the course of the years-long litigation, Bridge Golf Club attorney Brian Sexton and club officials have witnessed, and provided evidence of to both The Press and DEC, bulldozers and trucks dumping soil directly into a large pile of previously excavated sand. Mr. Sexton is confident that the soil is in fact mulch that was processed on-site. He said his team of investigators and experts were “able to determine that the material Sand Land was dumping in the pit in mid August included substantial amounts of mulch.” The best proof though, he said, lies at the bottom of the pit.

According to an August letter sent to DEC Regional Directer Peter Scully, and authored by Mr. Sexton and Citizens Campaign for the Environment Executive Director Adrienne Esposito, the sand mine “sits directly atop the most sensitive recharge zone of the aquifer protection district.” They wrote that the mulch poses an environmental hazard to the aquifer because buried mulch and compost leads to metal contamination and elevated levels of radionuclides in groundwater.

In response, Mr. Scully said the DEC would dig in the areas identified and investigate the allegations. If they find buried mulch, Mr. Sexton said he was promised that the mining operation would have to dig it all up.

But before they were able to do any testing, and just days after the letter was written and press reports stated the DEC would be investigating Sand Land for the burying practice, Mr. Sexton said the burying ceased and the area was literally covered up with sand and gravel. After the area was flattened, rows of mulch were piled on top of the area, he said.

In addition to the environmental concerns, Mr. Sexton said his discussions with Mr. Scully have indicated that this process is also unsafe, often causing a collapse because the mulch is less stable than soil. Mr. Sexton noted that Mr. Scully has assured him that the burying of mulch is in fact illegal.

“The burial of mulch is so dangerous in that it degrades and shifts, and makes the land unstable and dangerous,” Mr. Sexton said. “With the risk of collapse, and the environmental danger, it is illegal and unsafe. That’s how guys get buried alive,” he added, referencing the recent death of a longtime employee at Sand Land’s East Quogue mine.

That accident claimed the life of 50-year-old Declan Boland of Riverhead, who was buried after a large pile of soil he was standing on collapsed beneath him. The federal Mine Safety and Health Administration is still investigating the cause of that fatal accident.

The DEC still has not taken samples from the hole Mr. Sexton identified, and officials would only confirm that “the investigation is ongoing.” In addition, on March 13, the DEC sent Southampton Town a formal request to become the lead agency for the monitoring and enforcement of Sand Land.

While town officials would not comment on the amortization talk, nor comment on the lead agency status with the DEC other than they have 30 days to respond, Town Supervisor Anna-Throne Holst’s office said the Suffolk County Department of Health has dug test wells around the Sand Land property, and no evidence of vegetative organic waste contamination was found. The health department didn’t dig on Sand Land property itself, but should be releasing their formal findings in about five weeks.

Because of their concerns, and the lack of progress so far, Sand Land’s opposition is pushing for amortization of the property by the town—the process of a municipality buying private property in order to eliminate a nuisance or another issue. Amortization is a process that has been used in the town to eliminate noisy nightclubs, but “it really is a cutting-edge environmental tool,” Mr. DeLuca said.

Complicating the amortization process though is the fact that no one knows for sure how much sand there is left to mine on the property. Amortization requires that the town buy the land at a fair market value. But the value would be as the land is currently zoned, which is residential, not commercial.

“A giant hole in the ground isn’t worth too much,” Mr. Sexton deadpanned. “The town wouldn’t be that hard-pressed to buy all the sand they have left and own the property, too.”

Since 1979 though, Sand Land has indicated on its DEC permits that the projected life of the mine is 10 years. In addition, company officials have applied with the DEC to secure an additional 4.6 acres of area in which to mine and are also trying to increase the depth of the mines by 40 feet.

“That’s because there is no sand left,” Mr. Sexton said. “They have to truck sand in from their other mine in East Quogue just to keep their money making solid waste processing plant running. It is just a cover. They’ll mine one grain of sand a year if they have to.”

Mr. Scully, through a spokesman, said how much sand is left will not play into the DEC’s decision of whether or not to grant the new permit, adding that: “A mine’s operational life span is based on a variety of factors, including market conditions for the product. When prices are high for mined products, the material is typically extracted at a faster rate. Because DEC does not know what market conditions will be for mined products from this site, we cannot say how long it will operate.”

“If market conditions are the DEC standard, sand has never been more expensive because of all the storms of the past few years,” he said. “That’s just smoke, there is so much smoke ... ”