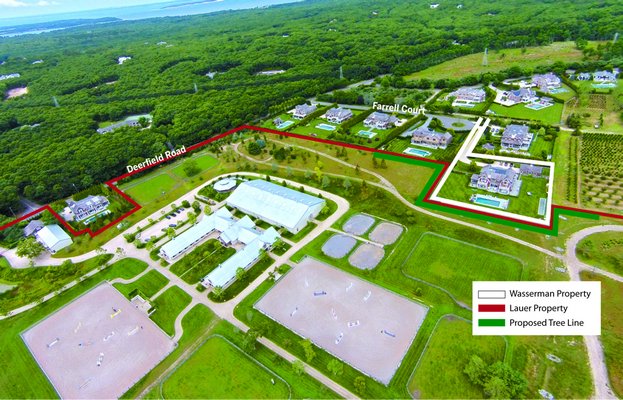 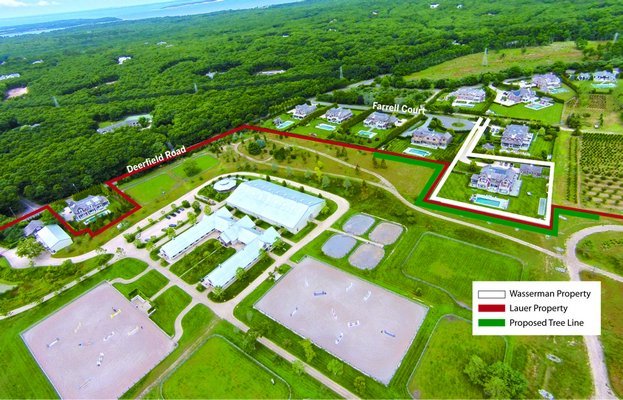 Following a dispute with neighbors over the summer, Matt Lauer has requested that the Southampton Town Planning Board hold off on making a decision about a proposal to screen his horse farm. When an applicant asks for a delay, the board honors that request. The deadline is expected to be pushed to next month.

Mr. Lauer is reportedly working on a new landscaping plan that is addressing concerns expressed by neighbors.

In July, the “Today Show” co-host contended that his Water Mill horse farm needed screening at a public hearing before the Planning Board. Mr. Lauer, who owns the farm with his wife, Annette, said noise from neighboring properties spooks and startles his horses, putting riders at risk.

“It’s happened quite frequently,” Mr. Lauer told the board. “We’re very fortunate … that no severe instance of spooking or startling has happened.”

He proposed planting 42 trees and 194 shrubs along the northern boundary of Bright Side Farm, which runs along Deerfield Road. The trees would serve as a buffer for the trail, Mr. Lauer said. Specifically, they would serve to protect horses and riders from noise emanating from the backyard of Jack and Jodi Wasserman, whose house on Farrell Court is the closest to Bright Side and borders the site of the proposed landscaping.

At the time, the Wassermans argued that the trees would obstruct their view of Bright Side’s open space. The new foliage, the couple said, would also violate the terms of an easement that went into effect when Southampton Town bought the development rights for the Lauers’ property, as well as a condition set by the Planning Board in 2012 that views of the horse farm should be maintained.

The squabble seemed to reflect a general frustration some residents have had with a trend of affluent part-timers snatching up farmland that offers the public scenic views and then blocking those views by working around local laws.

At the public hearing, one of Mr. Lauer’s attorneys, Edward Burke Jr. of Sag Harbor, objected to that type of narrative. “It’s not about celebrity status and seeking to shut out the outside world, and it’s not about creative measures under our town code to orchestrate some kind of legal loophole,” he told the board. His client was not trying to prevent the Wassermans from seeing the open vistas of the farm, he asserted.

Despite this exchange, the dispute between these neighbors appears to be waning.

“It seems that the two sides are talking, so it may be a compromise,” town planner Claire Vail said on Wednesday, October 21.m

The deadline for the Planning Board to make a decision is expected to be moved to November 19, she said.