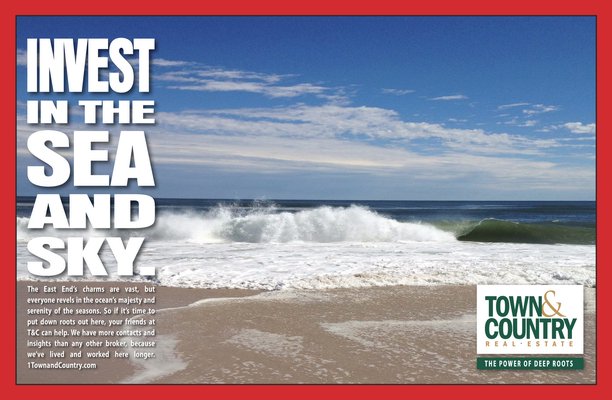 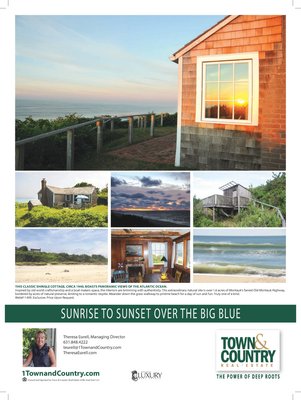 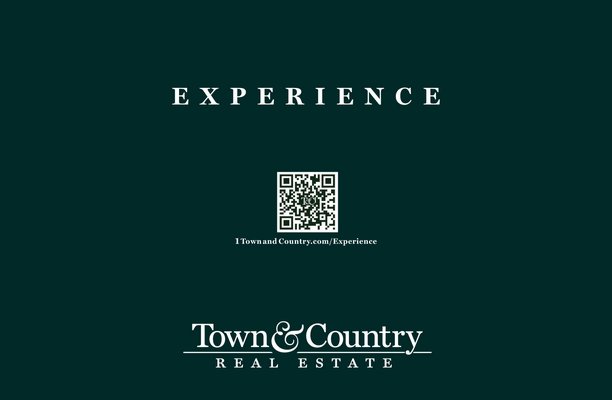 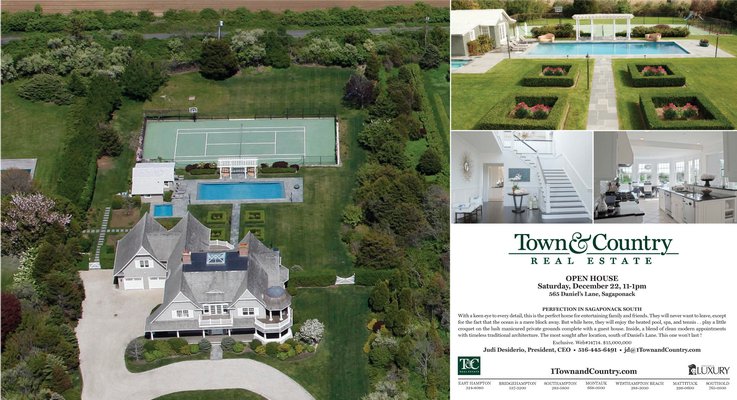 If a product or service does not evolve, it will die. And the local real estate industry has gotten the message.
Over the last several months, a number of companies—Town & Country Real Estate, Douglas Elliman, Brown Harris Stevens of the Hamptons and The Corcoran Group, to name a few—have done some revamping. The changes have become visible to the overall look of some companies, in the advertising campaigns or web presences, or simply by the businesses becoming more involved in the advances in social media. Many cite the real estate market’s resurgence, coupled with an oversaturation of competing agencies on the East End, as the reason for the rebranding efforts.

One local marketing guru weighed in on the recent changes.

“I think it’s really smart and savvy of them to keep their brands fresh and to always be giving a shot at rejuvenation,” Linda Miller, owner of Southampton-based Hamptons Creative Group, said during a recent telephone interview. “As times change, the market changes, the type of buyer changes, the type of seller changes and they have to be looking at what’s going to make this buyer attracted to their company when they all, essentially, produce the same kind of work.

“What makes their brand different from the guy down the street?” she continued. “And these days, there’s four or five of them on the same street. They all have to follow the same rules and regulations of the industry, so it’s really keeping up with the times and sometimes putting a fresh face out there.”

On the most basic level, a brand is an identity, a reputation, a personality, Ms. Miller said. It goes far beyond the business name or logo, she added, but both are contributing factors and play an important role.

Every agency has its own reasons to rebrand. For Town & Country, it was simply time for a change after seven years of operation, owner Judi Desiderio explained during a recent telephone interview from her East Hampton office.

“I call it a ‘corporate face-lift,’” she explained. “And being 54 years old, I think any woman my age can totally appreciate that.”

The process began in November. After considering constructive criticism from a few of her key agents about the company’s image, Ms. Desiderio hired Ron Burkhardt, the CEO and creative director of Manhattan-based advertising and media firm Burkhardt Ltd., who helped her to revamp and dust off the whole look.

The changes can be seen in the print advertisements, which have evolved from static, full-page listings to those sporting a bright red border and catchy taglines, including “Invest in the Sea and Sky” and “We Turn Sand into Gold.” The rebranding also included a new logo that pairs Town & Country’s traditional hunter green with a new saddle, or tan, color, font, shape and clean white background, as well as a website redesign.

“I was probably the holdout for the old look,” Ms. Desiderio admitted. “That was the most difficult part of it all because it was my brainchild in the beginning. Truth is, what they came up with was much clearer and it had a very fresh yet elegant and timeless look. I don’t want to forgo what we’ve earned the last seven years, branding with the dark green, but you do want to show your Sunday best. And that’s really what they did.”

During a recent email exchange, Mr. Burkhardt praised Ms. Desiderio for her decision to rebrand.

“It’s rare to find a client these days with the courage and vision to shake things up, especially when they were already successful,” he wrote. “But Town & Country now stands apart with a vast upside.”

In November, Douglas Elliman also revealed a brand new identity and logo—and a return to the original name that recalls its 1911 origins as an independent company—following the split with Prudential Real Estate after Prudential Financial sold Prudential Real Estate to Toronto-based Brookfield Asset Management in December for $110 million. Up until that point, Douglas Elliman had been the largest franchise in that network. The business is now the fourth largest brokerage in the country, according to Public Relations Director Ashley Murphy.

“A return to our historic Douglas Elliman identity further propels us to the top of the real estate industry,” Douglas Elliman Chairman Howard Lorber wrote in a statement last year. “We are continuing our leadership position by expanding into new markets through forward-thinking, new technology and interacting with our clients on a global scale.”

Part of the initiative includes AskElliman, an internet platform that allows clients to ask questions through the company’s website, elliman.com, and receive real-time answers from a team of industry experts. The logo, which dropped the “Prudential” name but remains in the brand’s signature colors of gray, light blue and white, no longer sports the Prudential rock and is now identified with the firm’s initials of D and E.

“The logo is a continuation of the AskElliman campaign, launched three years ago, with a fresh look that leverages the company’s iconic heritage with the sensibility of today’s consumer,” Ms. Murphy wrote in a recent email.

Last year, when Brown Harris Stevens’s corporate offices in Manhattan decided to rebrand—changing the company’s logo and colors from a staid blue and white to a more modern gray and white—Executive Managing Director Aspasia Comnas decided the nine brokerage offices covering the South and North forks would follow suit.

“When the company was founded, it had an older, more stately feel to it,” Ms. Comnas said during a recent telephone interview. “Now, things are sleeker and a little bit more technology-oriented. They felt like we’ve had enough years under our belt with this look, let’s change it up a little bit. You can appeal to a new generation of buyers who don’t necessarily know your brand, or an older generation may be reintroduced to it. You want to make your brand consistent, you don’t want it changing every 20 seconds. But you want to refresh it, bring it up to date and make it look like a more contemporary company sometimes.”

Recently, Corcoran also revamped its image with a new website that allows customers to browse listings in a specific price range, find local real estate agents with similar interests to their own and scout neighborhoods using social media, including Facebook, Twitter and Foursquare from a computer or smartphone. The company also used a “spokesdog,” a French bulldog named Marcel, in a few ad spots.

“The new corcoran.com integrates everything that we do in social media, gives our customers rich neighborhood information and provides a more customized search interface that allows them to find the home where they can live who they are,” Chief Marketing Officer Christina Lowris-Panos wrote in a recent email.

The streamlined web integration gives these companies a leg up, Ms. Miller said.

“They’re trying to appeal to the next generation, the younger, the X-generation,” Ms. Miller said. “The old way we did things just doesn’t appeal to the new generation of buyers. They’re not attracting the kind of buyer they’re looking for these days. People need to know you’re trying to keep up with the times, that your finger is on the pulse, no matter what your business is.”

Town & Country revealed its upgraded look, which cost the company close to $1 million to implement, on President’s Day weekend in February, said Ms. Desiderio, who added that she hopes to see a return on investment this season. So far, business is pouring in, she reported, though she doesn’t know whether to attribute the uptick to her new image or the industry’s rebirth.

“The market really had nothing to do with our decision to move forward. We definitely made that decision before the market started to really gain momentum, but it definitely has gained momentum and that’s what makes it difficult to quantify how much of an effect this face-lift had on business because business in general is going up,” she said. “I think it gave us all a fresh start. Every now and then, every relationship needs to go out for dinner. Or they go on vacation and it’s like, ‘Oh yeah, that’s why I love you so much.’ I think it was a good vacation for us. We’re not asleep at the wheel. This is just another evolution for us.”