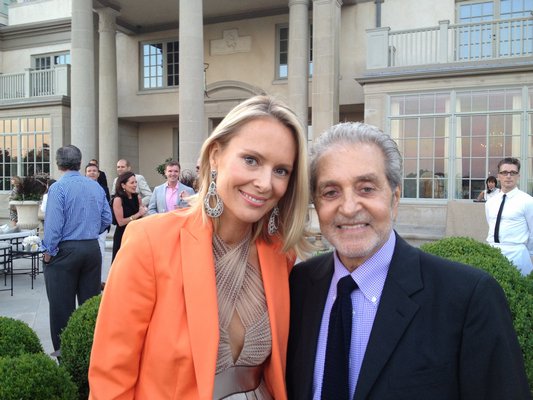 Louise and Vince Camuto at Villa Maria for the Godâ€™s Love We Deliver cocktail party they hosted in 2013. PRESS FILE 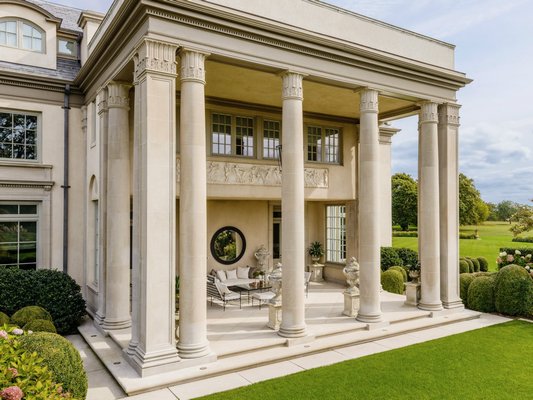 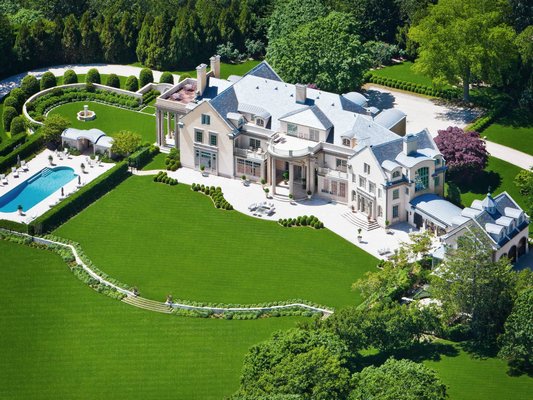 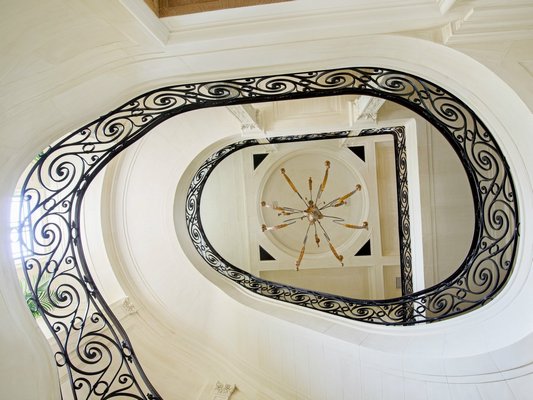 Villa Maria, the stately mansion with vast lawns rolling out to Mecox Bay, continues to turn travelers’ heads as they drive through Water Mill—just as it did in previous lives as a convent and a palatial estate.In 2005, Vincent Camuto, founder of the Nine West shoe brand, and Louise Camuto, an interior designer, bought the 14.6-acre property from the Dominican Sisters for $35 million. The sisters had used the local landmark as a school, convent and spiritual center starting around 1930.

The Camutos went on to have the once Victorian-style mansion built in 1897 both modernized and restored to its former glory—the pinnacle of which had followed an earlier expansion in 1919 under the private ownership of a Brooklyn ship builder who’d nearly doubled its size and greatly expanded its grandeur. And then, just as they’d said they might do at the time of their purchase, the Camutos put Villa Maria on the market just three years after buying it.

As of Mr. Camuto’s death on January 21 at his home in Greenwich, Connecticut, at age 78, the mansion was still listed for sale with Corcoran and Sotheby’s, despite rumors that it had been sold in 2013. The asking price seems to have been as high as $100 million and as low as $49.5 million since 2008, but Villa Maria, at 51 and 56 Halsey Lane, is currently listed with an asking price of $69 million.

Timothy Davis, one of the listing agents at Corcoran, confirmed that the Camuto family still owns the property. The house will remain for sale as planned before Mr. Camuto’s death, he said.

“The house was masterfully rebuilt from top to bottom and would never be demolished, nor could it,” Mr. Davis said in answer to an email question this week.

The land is subdivided into three parcels, and the villa itself is listed with 11 acres with a dock and 950 feet of bulkheaded waterfront.

“Louise and I are passionate about interior design and the restoration of old houses,” Mr. Camuto had told The Press in 2005 at the time of the purchase. He added that he and his wife planned to continue to live in Greenwich and perhaps sell the mansion when the renovation was complete. They also owned Wooldon Manor in Southampton, a former Woolworth family estate, which they sold in 2013.

Mr. Camuto may not have spent a great deal of time at Villa Maria, but it must have been on his mind: A Vince Camuto line of bedding is named for the Water Mill estate.

The sisters gave Villa Maria its present name; in earlier incarnations it had been called Red Gables, and then Grey Gables, for its roof color.

A huge expansion by Edward P. Morse of the Morse Dry Dock & Repair Company in 1919 more than doubled the mansion’s size to include a grand ballroom, a sweeping staircase, limestone, stucco, and imposing colonnades, according to “Houses of the Hamptons 1880-1930,” by Anne Surchin and Gary Lawrance.

“He transformed the bumptious late Victorian cottage into a stately Italian villa by the sea,” the book says.

About 10 years after that renovation, the Dominican Sisters paid $250,000 for the estate, intending to use it for a school. They donated the Corwith Windmill, which the estate’s earliest owner had moved to the property, to the Water Mill Improvement Association.

About 75 years later, when they could not afford to maintain Villa Maria, they sold it to the Camutos. One condition of the sale was that the main house would not be destroyed, although it reportedly had extensive water damage and was split into dormitory-style rooms. Another was that the public’s view of the water would be preserved.

Corcoran’s listing describes the finished product as a baronial mansion without equal, “from its impressive grand-entrance foyer with a soaring triple-story spiraling staircase, to its hand-hone limestone floors, imported Carrara marble baths and oversized formal rooms for entertaining on a grand scale.”

According to Sotheby’s, the main mansion has 11 bedrooms, including a six-room master suite, the “handmade stone and wrought-iron staircase, a 60-foot living room with original fresco details, and a state-of-the-art kitchen.”

Outside is a two-story portico and a large stone terrace overlooking the wide lawn and bay, a waterside pool and cabana, a tennis court and a two-bedroom guesthouse. The main house is said to have lots of sunlight as well as panoramic views of Mecox Bay.

And General Ruxton, a favorite horse of Theodore Roosevelt, is reputed to be buried on the property—a relic of its stewardship almost a century ago by Edward P. Morse.