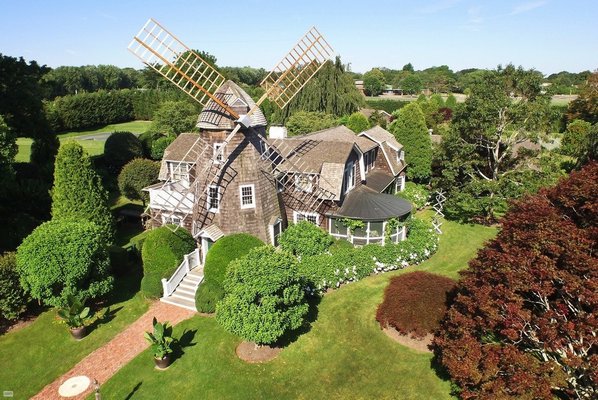 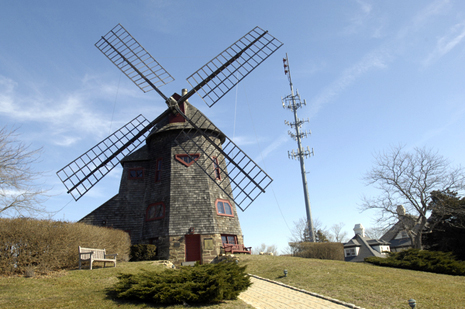 Residents of East Hampton can feel safer now that Iron Man has moved in. And while we’re on a superhero kick, there is a connection to Batman too.

Robert Downey Jr. and his wife, Susan, who live much of the year in Malibu, have purchased a property on Main Street in the Village of East Hampton, in a transaction first reported by behindthehedges.com. Known as the Edward DeRose Windmill Cottage, the residence had been listed last year for $11,950,000. (Not a stretch, as Mr. Downey three years in a row topped the list of Hollywood’s highest-paid actors.) One has to wonder if Mr. Downey, if he is in town checking out his new digs, will stop by the Stephen Talkhouse in Amagansett on the 26th to catch the performance of Keifer Sutherland. The two, sons of famous fathers—the director Robert Downey Sr. and the actor Donald Sutherland—were roommates for three years when both were in the beginning stages of their careers.

The DeRose Cottage dates back to 1885 and is indeed a replica of a windmill. The entire property is 4 acres, and on it is the main dwelling and there is a 2-bedroom guest cottage and studio. In total, there are 7 bedrooms, 6 full bathrooms, and 5 half-baths. An arched doorway in a brick wall leads to the garden and swimming pool. For outside dining, there is both a pergola and an enclosed porch. In 1998, the home underwent a renovation performed by Sandy Peabody.

Speaking of performing, one also has to wonder how much time the Downeys, who together run a production company, will get to spend in their new home given his upcoming acting and promoting schedule. Last seen as Iron Man in “Captain America: Civil War,” Mr. Downey will reprise the lucrative role in this summer’s “Spider-Man: Homecoming,” and in “Avengers: Infinity War,” set for release next year and presently in production. It was also announced recently that he and his pipe will be back for “Sherlock Holmes 3” and that he will play the title role in “The Voyage of Doctor Doolittle.”

Oh, and about that Batman connection. In all three films directed by Christopher Nolan with Christian Bale in the title role, his butler, Alfred, was played by Michael Caine. That veteran British actor played the lead in the 1982 Sidney Lumet film “Deathtrap,” portions of which were lensed at the DeRose Cottage. You can make this stuff up … but we don’t.