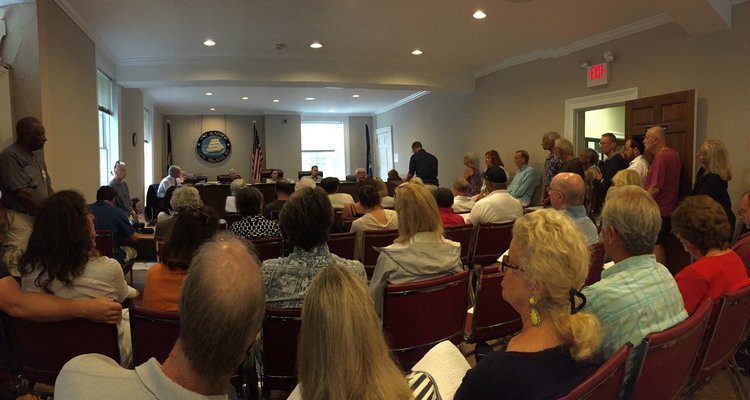 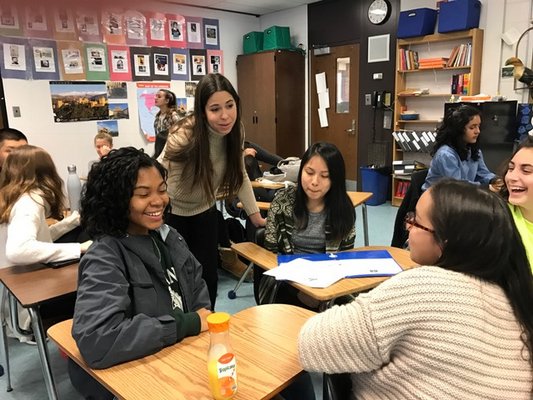 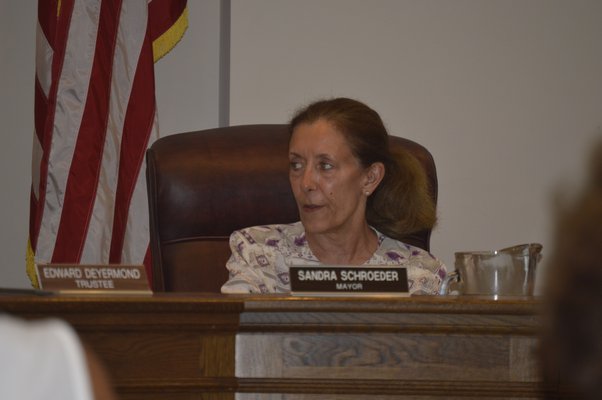 The Sag Harbor Village Board on Tuesday unanimously approved a six-month moratorium on certain construction projects as a way to curb development while officials reevaluate the residential portion of the village code, seeking to limit the ever-increasing size of houses in the village.

After a public hearing, for which dozens of residents packed the meeting room in the Municipal Building, the board approved the law, which village officials said would allow them time to closely examine existing regulations, and potential new limits, on the maximum gross floor area of single-family homes.

Any building permit issued before June 9 will be exempt from the moratorium. However, Village Attorney Fred W. Thiele Jr. said that if a building permit was approved after June 9, and an applicant already acted on it, then they too may be exempt.

The call for a moratorium came last month after Village Board members all agreed that the recent building boom has threatened the historic character of Sag Harbor and cannot be ignored any longer.

“The Board of Trustees is aware that there has been substantial development and redevelopment of one-family detached dwellings within recent months,” the law reads. “Many of these dwellings are at a size and scale that are inconsistent with the historic and rural character of the village. These dwellings threaten to change the character of the village in a way that would conflict with the stated purposes, goals and findings of Chapter 300 (Zoning) of the Sag Harbor Village Code and the guidelines for construction in the historic district.”

All of the residents who spoke during the public hearing Tuesday night spoke in favor of the moratorium, including architects Craig Rhodes and Anthony Vermandois, although Mr. Vermandois emphasized that he supported the principle behind it rather than the actual six-month building freeze.

During their comments, some residents encouraged greater code enforcement and more staffing in the Building Department. Others suggested actions the village could take that would protect the character of each neighborhood.

“Every proposal for a residence should include the context of where the residence is,” said Mr. Rhodes. “There are so many large houses being proposed for small lots, and there’s no consideration for what effect it will have on neighbors.”

One shared her own experience with a towering neighboring home that has forever changed her quality of life. Main Street resident Carol Olejnik said the troubling expansion of the house next door to hers has resulted in a monstrous addition that looms over her backyard and obstructs the view she once had of the neighboring property. She urged that the board change the residential zoning code so that it is more detailed.

“You have got to define everything in this book—what is reconstruction? What is demolition? If it’s demolition, then treat it as a new house, and make them go for every variance,” she said.

Ms. Olejnik added that people should be notified in writing about any construction going on directly next to their homes or on their streets. “I was never notified until they were doing it,” she explained. “Granted, some of it was my fault because I was trying to be a nice person.”

But the message from all speakers was the same, and clear: adopt the moratorium.

“You, the Village Board, represent this village, and I’ve run into a lot of people who have heard about the moratorium and said you need to do it,” said Nada Barry, the proprietor of the Wharf Shop on Main Street. “I beg of you to pass this moratorium—it is so needed.”

“Such an immensely historic community requires historic preservation to be incorporated into every item of discussion,” said Jason Crowley, preservation director of the Society for the Preservation of Long Island Antiquities. “This proposed moratorium is an appropriate and necessary first step.”

Bill Pickens, of the historical African-American community Sag Harbor Hills, seemed to sum up what was on everyone’s minds: He earned thunderous applause from all who were present at the standing-room-only meeting.

“This village is being assaulted,” Mr. Pickens said. “And my only advice to you is: Don’t let developers pillage our village.”