Sale In East Hampton For $24.5 Million 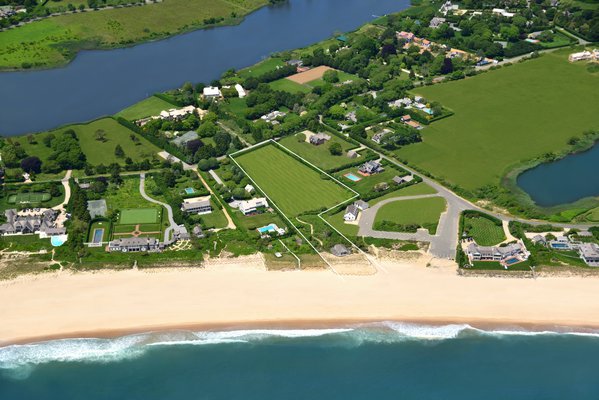 After being on and off the market for nearly a decade, the Manheim estate in East Hampton Village has entered into contract for $24.5 million.

The French-style château on the ocean was built in the 1960s for the late Paul Manheim. The property at 7 West End Road — on the same coveted street as the fabled Grey Gardens — had been in his family since the 1950s. But look at the listing brochure today, and the château is replaced with acres of green lawn, or a rendering of a new residence with pool and tennis. On Google Maps, the 2,800-square-foot château remains.

Mr. Manheim died in 1999 at age 93 in East Hampton, according to his New York Times obituary. He was a partner at Lehman Brothers and a collector of Asian art.

The 3.55-acre property borders the Georgica Beach parking area and has 145 feet of ocean frontage protected by a recently enhanced revetment.

A new home on the property would be allowed a full finished basement and accessory structures, according to the listing. More than 10,000 square feet is permitted above grade. The land has ample room for pool and tennis.

Also on the property, a preexisting, nonconforming 800-square-foot cottage with a wraparound porch, two bedrooms, two bathrooms and an outdoor shower could be fully renovated. It could also be fully rebuilt on the existing footprint.

Bespoke Real Estate is representing the property for Mr. Manheim’s estate. The Petrie Team at Compass brought the buyer.