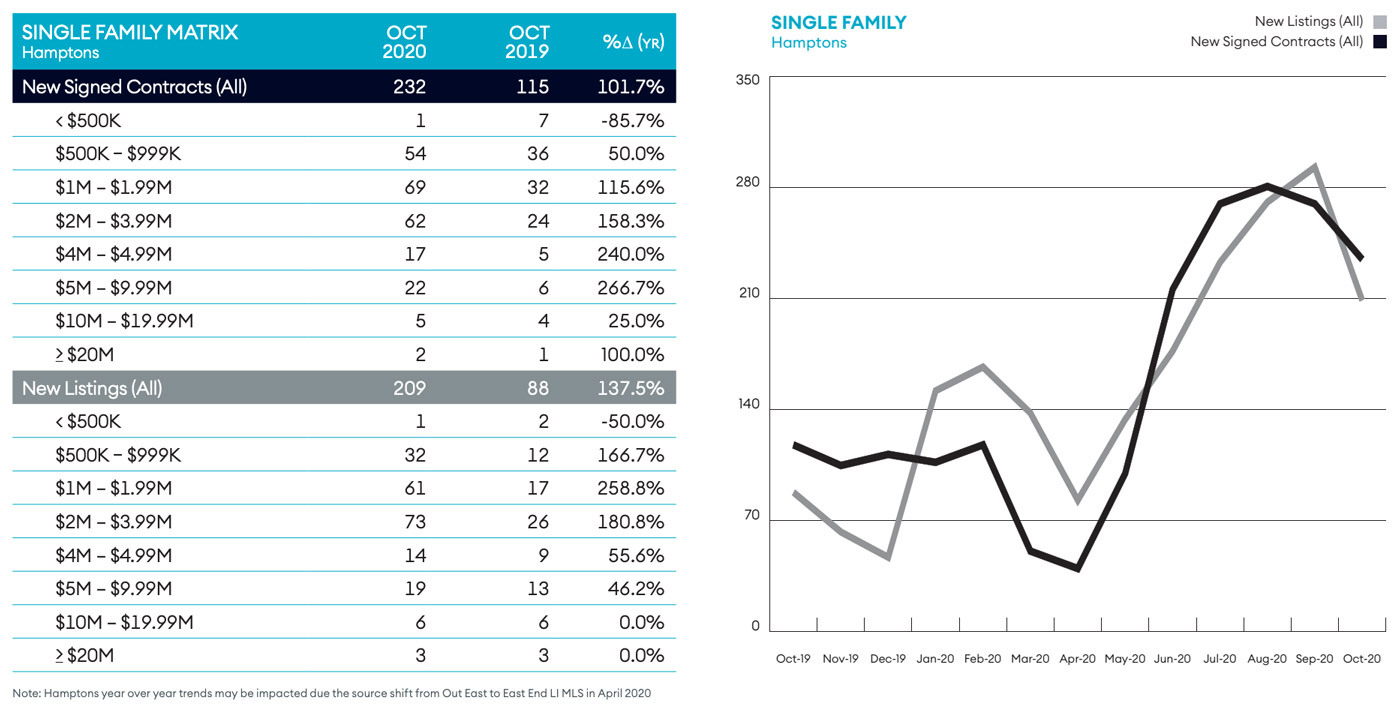 New signed contracts for single-family home sales in the Hamptons doubled in October, compared to the same month a year earlier, demonstrating the continued heightened interest in the region among homebuyers.

There was just one contract inked in October for a home listed at less than $500,000, down from seven a year prior. Every other price point saw an increase.

Following the state’s effective shutdown of the Long Island real estate industry from late March to early June due to the coronavirus pandemic, the Hamptons market has taken off and remained at great heights ever since.

The number of new signed contracts peaked in August at 278. October was the fifth month in a row that the number of contracts exceeded 200.

In Manhattan, the number of condo and co-op sales contracts were both down in October. Condo deals slid 28 percent and co-op deals ticked down 4 percent.

The Long Island market, excluding the North Fork and the Hamptons, saw single-family home sales contracts grow 23 percent. However, contracts for less than $300,000 were down while contracts for every price point above $300,000 were up. Deals inked for more than $1 million grew 73 percent, to 88.