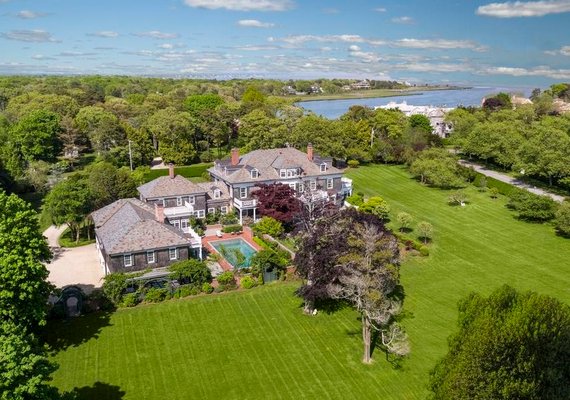 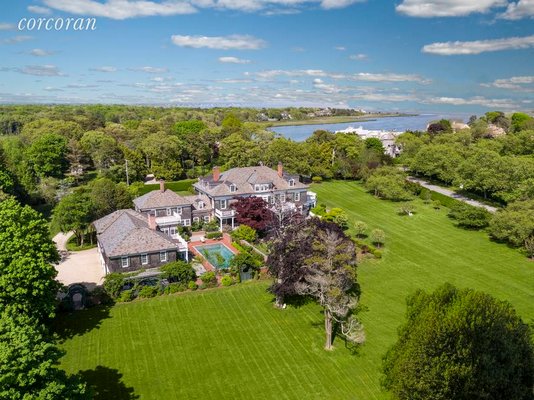 Well, that didn’t take long: The 14,000-square-foot Quogue estate at 23 Shinnecock Road known as Belle Mead—one of the last works by the famous New York architect Stanford White—went on the market less than two months ago for nearly $9.87 million and has already gone into contract.

According to a report on Curbed.com—originally built in 1906, the same year White died—the iconic estate was purchased in 2011 for $5.4 million and the owners sought to restore the home back to its original early 20th century glory. In 2014, it went up for sale with a $15.5 million asking price. In addition to having been built by the same architect who designed Montauk’s Seven Sisters, the manse was once the home of Eileen Ford, the founder of Ford Models, which is now one of the best-known modeling agencies in the world.

The residence on the 3.4-acre property contains 10 bedrooms and eight baths. Outside, there is an in-ground swimming pool, and with all that property, plenty of room for a tennis court.

Quogue has been a busy village of late. Giuliana and John Koch are the new owners of 9 Penniman Point Road, after dishing out nearly $4.76 million. The 9,800-square-foot residence has eight bedrooms and 8.5 baths, and can be found on 2.5 acres. The traditional-style home sits at the end of a private road, and the property has a 50-foot-long, deep-water dock out into Penniman Creek. There is a waterside lounge area complete with a heated in-ground pool. Multilevel decks and a balcony surround the house, which contains three fireplaces. The home is complete with a six-car garage, plus a generator capable of powering the entire home and amenities.

Another Quogue property with new owners—their names are Kerry and Michael Tepedino—is 6 Stone Lane. For nearly $3.21 million, the couple now has a 4,195-square-foot home on 1.7 acres with four bedrooms and four baths. It is next to a deep-water creek south of the highway. The property includes a quaint fisherman’s studio and a large floating dock. The appealing features include westerly facing French doors that fill the living spaces with an abundance of light, and afford views to the in-ground pool, an entertaining terrace, a dining gazebo, a formal living room with fireplace, a dining room and sitting area with fireplace, a chef’s kitchen with stainless appliances and center island, a sun room, a junior master en-suite and two guest bedrooms and two baths on the first floor. The master is tucked privately away on the second floor with a Juliet balcony and en-suite bath featuring spa tub and shower.