Still Plenty Of High End Rentals Available, For A Price! 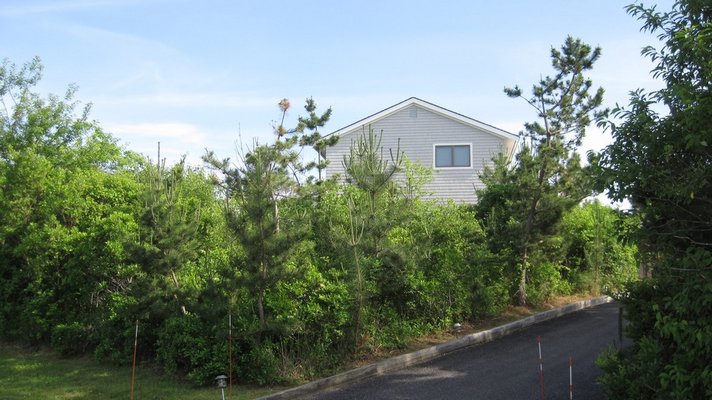 Maybe Montauk isn’t as hot as everyone has been saying it is because only a month before Memorial Day there are still plenty of summer digs awaiting renters—if they have sufficient scratch.

An especially appealing one is the 2,500-square-foot house with 4 bedrooms and 3 baths that is just one block from a private ocean beach. It comes with a chef’s kitchen, open floor plan, and a pool. Ethan Dayton at Sotheby’s International Realty is keeping the exact location under wraps, but it better be spectacular to warrant a rent of $140,000 a month, or $4,516 a day in July or August. To get the most mileage for your money, don’t sleep that month.

We can tell you that at 115 South Forest Street is a 3 bedroom, 2 bath, 1,700-square-foot house that is going for the relative bargain of $112,000 a month. It is on a half-acre-plus, and from the wooden deck, the Atlantic can be seen. (Bring your whale-watching binoculars.) The amenities include new shingles, windows and two sliding glass doors.

Can’t decide between the two? No problem, because conveniently there is a rental almost in the middle, at $120,000 per month. This address is also being kept under wraps, but we can tell you there are 3 bedrooms and 2 baths in its 1,700 square feet, a saltwater heated pool, “gorgeous” kitchen and decking, and “distant ocean views.” If you’re nearsighted, don’t forget your glasses or you’ll be stuck pretending the pool is the ocean.

If a six-figure rent is too much to digest, a Montauk manse can still be yours if you head to Surfside Avenue with $70,000 in your pocket. There, for a month this summer, you can have a 2-bedroom, 1-bath, 800-square-foot cottage. If that seems a tad tiny, it is advertised as the only oceanfront cottage within walking distance of Shadmoor Park and the village and, we’re told, you can “hear the waves from your outdoor shower.”

If that extra 10 grand will break you, for only $60,000 per month you can rent 55 Edgemere Street. On just a quarter-acre is a 5-bedroom, 4-bathroom house clocking in at 3,000 square feet. It is positioned that you can gaze at sunsets over the water. (Please wear sunglasses!) For another 10K off, 95 South Fairview Avenue is still for rent. The 1,900-square-foot abode features 4 bedrooms and 2 bathrooms, a large wraparound deck, and is only a 9-iron away from the Montauk Downs golf course.

Nostalgic for the old, funky “The End,” as Montauk is sometimes known? All you’ll need is a paltry $12,000 a month to foot the rent for 17 Fentwood Road. The 2,200-square-footer has 5 bedrooms and 3-bathrooms, hot tub, two private decks, and fireplaces for those cool late-August evenings. The house is described as “chic” after its renovation, but don’t let that stop you—the surrounding nature preserve will give you a glimpse of the old-time natural beauty of the newly-hot hamlet.

Certainly the best way to avoid summer rents in Montauk or anywhere else in the Hamptons is buy your own place. Well, do we have a couple of hot deals for you! One is on Great Plains Road in Southampton. What do we love most about it? A price cut of $14,450,000. Yes, you read that right. The original ask on this 6,000-square-foot home was $29.4 million. For those reading this without calculators handy, that’s 50 percent off. It’s practically like buying a Christmas tree on December 26. The house was built in 1900, when William McKinley was president (for his second term, he would select as vice president former Montauk “resident” Theodore Roosevelt), and sits on over 4 acres in an enviable section of Southampton. It contains 6 bedrooms and 7 bathrooms.

If $14 million and change is still too steep a mountain to climb, do not despair. Head over to South Magee Street in Southampton where a house is for sale for $1,649,000—after a price cut of $2.5 million. The parcel, just shy of a half-acre and in the village, contains a teardown-ready structure and can accommodate a 6,000-square-foot residence and a pool. Permits are in place, all you have to do is bring your checkbook and a sledge hammer and get going.