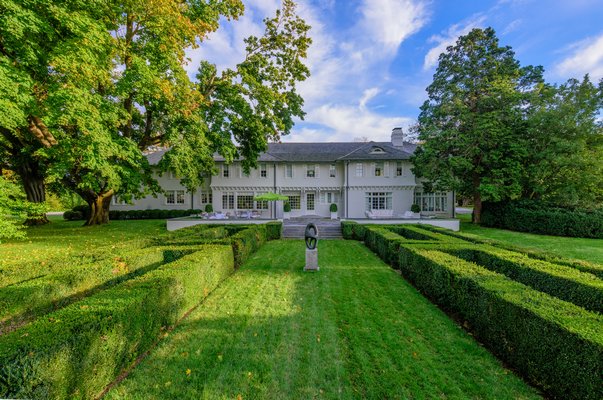 Part of Lasata, where Jackie Kennedy Onassis spent much of her childhood, in 121 Further Lane in East Hampton Village sold for $24 million. COURTESY BHS/CORCORAN/DOUGLAS ELLIMAN Lasata, or ìplace of peace,î Designed by architect Arthur Jackson and built in 1917, is universally recognized as one of the most beautiful homes in America. Summer home to the Bouvier family through the 1920s. Jackie Kennedy Onassis spent many a childhood summer at this huge estate, 121 Further Lane, East Hampton, NY 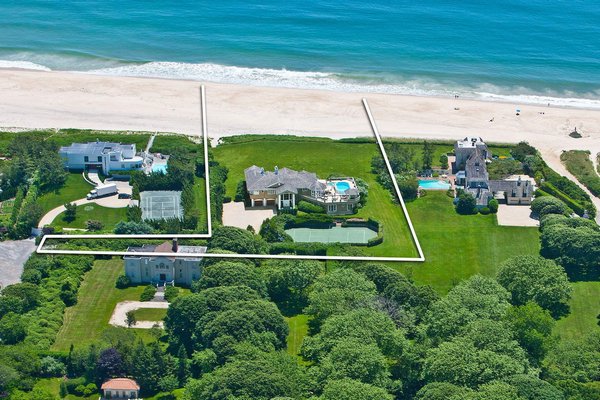 The home at 134 Murray Lane, which is part of the 1800s McDonnell-Murray compound, sold in Southampton Village for $32 million. COURTESY SOTHEBY'S INTERNATIONAL REALTY 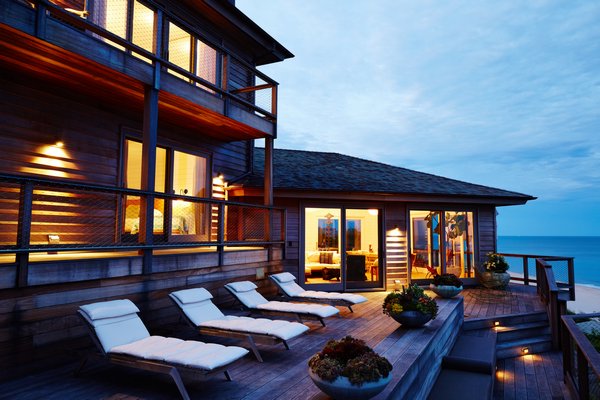 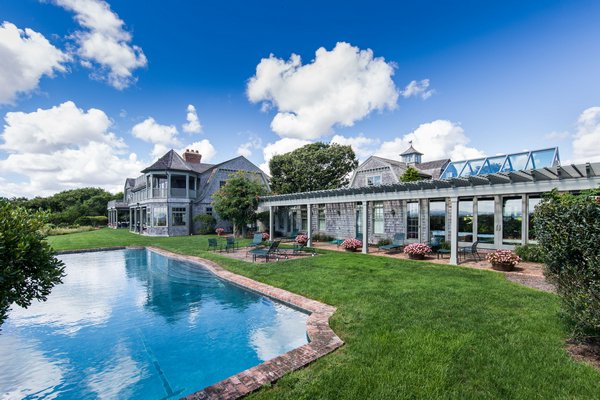 Topping the list was the sale of 290 Further Lane in East Hampton for $40 million. LENA YAREMENKO 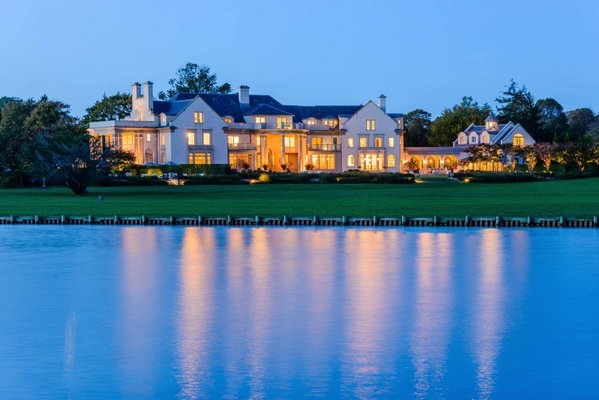 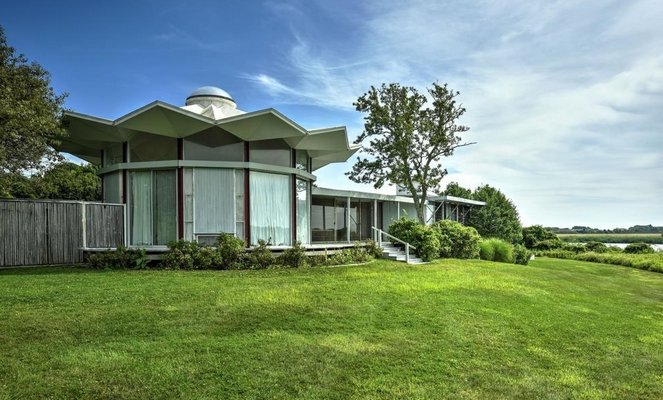 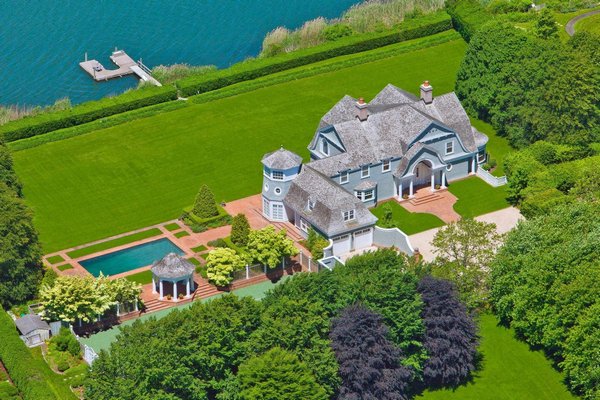 2018 had a whirlwind of eight-figure home sales—however, the second half of the year had only three notable sales break into the Top 10 list, according to the Long Island Real Estate Report and real estate listing service Out East.

1. The big kahuna in 2018 was the sale of 290 Further Lane in East Hampton for $40 million. A limited liability company acquired the oceanfront retreat from the estate of James Marcus, the former chairman of the Metropolitan Opera and a Wall Street banker. Included in the 10,000-square-foot residence on 6.11 acres are seven bedrooms and 9.5 baths, designed by architect Francis Fleetwood with an indoor spa room, a hot tub and an endless-current pool. Sotheby’s International Realty and Compass brokered the sale.

2. A single-family home at 134 Murray Lane that is part of the McDonnell-Murray compound, which goes back to the 1800s in Southampton Village, changed hands from Susan Smith to Leon Shaulov, a hedge fund manager and former trader at the Galleon Group, for $32 million. The 7,136-square-foot residence has four bedrooms and four baths on 2 acres with 200 feet of private beach, a pool and a tennis court. It was brokered by Sotheby’s International Realty.

3. A section of the Villa Maria estate in Water Mill at 51 Halsey Lane was sold by an LLC to another LLC for $26.1 million. The property includes a four-story, 20,000-square-foot residence with 11 bedrooms and 12.5 bathrooms with vistas of Mecox Bay. Two other LLCs picked up two other sections of the estate for about $10 million each. Bespoke brokered all of the sales.

4. An eight-bedroom house at 121 Further Lane in East Hampton Village is one of two properties better known as Lasata, where Jackie Kennedy Onassis spent much of her childhood. It sold for $24 million—from Reed Krakoff to an LLC—and includes a two-bedroom guest house, a tennis court, and a swimming pool with a pool house. The other portion of the estate, at 40 Middle Lane, was sold separately for $11.25 million. Brown Harris Stevens, Corcoran Group and Douglas Elliman brokered the sales.

4. Tied with Lasata is 477 Little Plains Road in Southampton. The 4-acre property is made up of two equal-sized parcels, which sold for a combined $24 million among LLCs. Just 200 feet from the ocean, rose gardens bloom on the property, which houses an outdoor dining pavilion, a pool and a 6,500-square-foot residence. The sale was brokered by Brown Harris Stevens.

6. There was apparently a bit of haggling over the price of 719 Ocean Road in Bridgehampton. Brokered by Corcoran Group, the final tab for this 2,203-square-foot residence was $22,711,119, sold from the estate of Elinor Munroe to an LLC. Situated on a 4.17-acre property, the two-bedroom, four-bath house has 375 feet of frontage on Sagg Pond.

7. A six-bedroom, four-bathroom residence perched above the Montauk bluffs at 240 Old Montauk Highway sold for $22.3 million to an unrevealed buyer. It’s the highest paid for a residential property this year in the Town of East Hampton, and the second-highest deal ever in Montauk. Robert Dankner of Prime Manhattan Residential in New York City handled the buyer’s side and Sotheby’s International Realty handled the seller’s end.

8. Situated on 1.6 acres, a home at 3 West Dune Lane in East Hampton Village stayed in the family. The owner was the late actress and philanthropist Dina Merrill, who made her Broadway debut in “The Mermaids Singing” in 1945 and was famous for film roles in “Butterfield 8,” “The Young Savages” and “Operation Petticoat.” Her son, Stanley H. Rumbough, bought the property for $20 million.

9. A 2,004-square-foot home at 79 Surfside Drive in Bridgehampton was purchased by an LLC for $18.8 million. Sited on 1.5 acres, the home boasts four bedrooms and 2.5 baths as well as a heated pool with cabana overlooking 150 feet of oceanfront. However, the footprint can accommodate a 10,000-square-foot residence, so bring on the changes. Saunders & Associates brokered the sale.

10. LLCs traded 86 Bay Lane in Water Mill for $18.4 million. The 6,000-square-foot house and accessory buildings have 300 feet of west-facing waterfront on Mecox Bay and a private dock as well as an all-weather tennis court and in-ground heated pool. The sale was brokered by Sotheby’s International Realty.