There Go The Judge 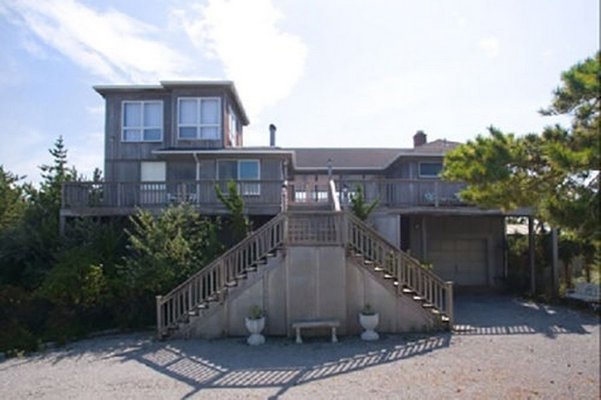 Here come the judge? Nope, there go the judge. In the biggest deal reported last week, Leslie Crocker Snyder, who has served in several positions on the bench, and her husband, Fredric Snyder, a pediatrician, have sold their estate on Meadow Lane in Southampton for a judicious $14 million.

The 2,280-square-foot house has four bedrooms and three baths and sits on 2.27 acres. This might seem rather modest, but the property faces the ocean and .… well, it is on the very desirable Meadow Lane in the village. The new owner is 1400 Meadow Lane LLC.

Leslie Crocker Snyder is a native of Baltimore and she had two uncles, Edward and Harry Danziger, who were successful film producers. Her father was dean of the Case Western Reserve School of Law in Ohio, from which she graduated, and she was admitted to the New York State Bar in 1967. She became a pioneer in New York City, becoming the first female to try felony and homicide cases as an assistant district attorney in the Manhattan District Attorney’s office headed by Frank Hogan and then Robert Morgenthau. Also while there, she founded the Sex Crimes Prosecution Bureau, the first of its kind in the nation.

During the ensuing years, she received several prosecutorial and judicial appointments. These included chief of trials at the Office of the Special Prosecutor Against Corruption, judge of the Criminal Court of New York City, acting justice of the New York State Supreme Court, and a Court of Claims judge. Among the trials Leslie Crocker Snyder presided over were ones dubbed by the media as “Natural Born Killers,” “Gheri Girls” and “Wild Cowboys.” She ran twice for Manhattan District Attorney, losing to Mr. Morgenthau in 2005, and, four years later, to the present office holder, Cyrus Vance Jr.

In recent years, when she wasn’t relaxing at her Southampton home, she appeared as a legal expert on “60 Minutes,” “The Today Show” and other television programs. More details about her life in the legal profession can be found in her memoir, “25 to Life.”

A rebuilt and expanded 1902 ŌĆ£cottageŌĆØ on 2.3 acres in Bridgehampton with access to Sagg ... by Staff Writer

A split Southampton Village Board of Architectural Review and Historic Preservation has started the landmarking ... by Brendan J. OŌĆÖReilly

The State Legislature sent Governor Kathy Hochul a bill on Tuesday, September 28, that would ... 29 Sep 2021 by Brendan J. OŌĆÖReilly

A new state law has clarified that deposits and advance payments for seasonal rentals are not subject to caps, which means that landlords can collect rent for an entire summer upfront. Assemblyman Fred W. Thiele Jr. penned the legislation, which Governor Kathy Hochul signed last week. It was designed to make clear that limits imposed by New York StateŌĆÖs Housing Stability and Tenant Protection Act of 2019 only apply to permanent housing, not to vacation rentals. Prior to the Housing Stability and Tenant Protection Act, it had been common practice for East End landlords require a single payment for the ... 28 Sep 2021 by Brendan J. OŌĆÖReilly