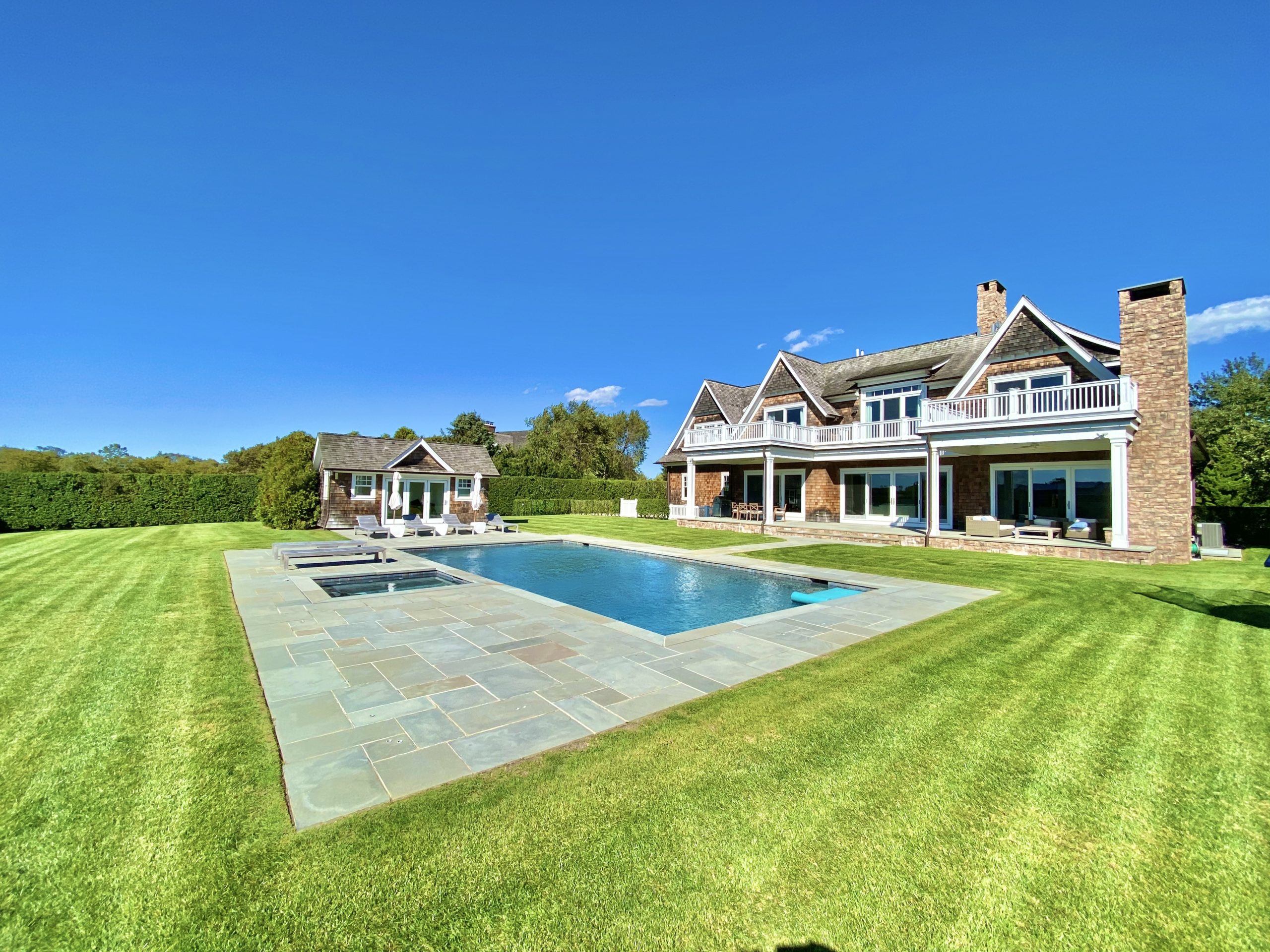 A south-of-the-highway Water Mill home sold for $7.63 million after a bidding war drove the price up $375,000 — and, according to one of the agents who repped the property, it may be the last pristine house in the area to sell for less than $10 million.

The sale of 110 Summerfield Lane closed on November 30, 2020, according to The Real Estate Report Inc.

“This was a moment in the market when everything was depleted completely,” said Douglas Elliman salesperson Kyle Rosko. “… South of the highway, under $10 [million] was absolutely in short supply.”

On 1 acre, the residence was completed in 2013 by Farrell Building Company.

The owner took unbelievably good care of the house, so it was like-new condition, Mr. Rosko said. “It just reflected so deeply when you stepped in the door: This house was just immaculate.”

The 5,800-square-foot west-facing gable overlooks an equestrian reserve and has a master suite with a private terrace, four more second-floor en-suite bedrooms, a great room, a living room, a gourmet kitchen, a formal dining room and a first-floor junior master suite. The finished lower level adds 2,300 square feet of living space, including a bedroom, plus a gym with a sauna. Also among the amenities are a three-car garage, and a heated gunite pool and spa.

“It was really a shiny star of what a lot of people had been looking to achieve,” Mr. Rosko said.

Within seven days of listing the house, 100 people visited it and there were 11 offers, all above asking price, according to Mr. Rosko.

He said this was the “highest level product” under $10 million in Water Mill — and the last. “I don’t think we’re going to see that kind of price point again.”

He noted that three homes are going up in the hamlet right now to meet the demand. He expects anything that comes on the market in Water Mill South with a tennis court or room for tennis will sell for more than $10 million, as there is nothing like it available on the market at the moment.