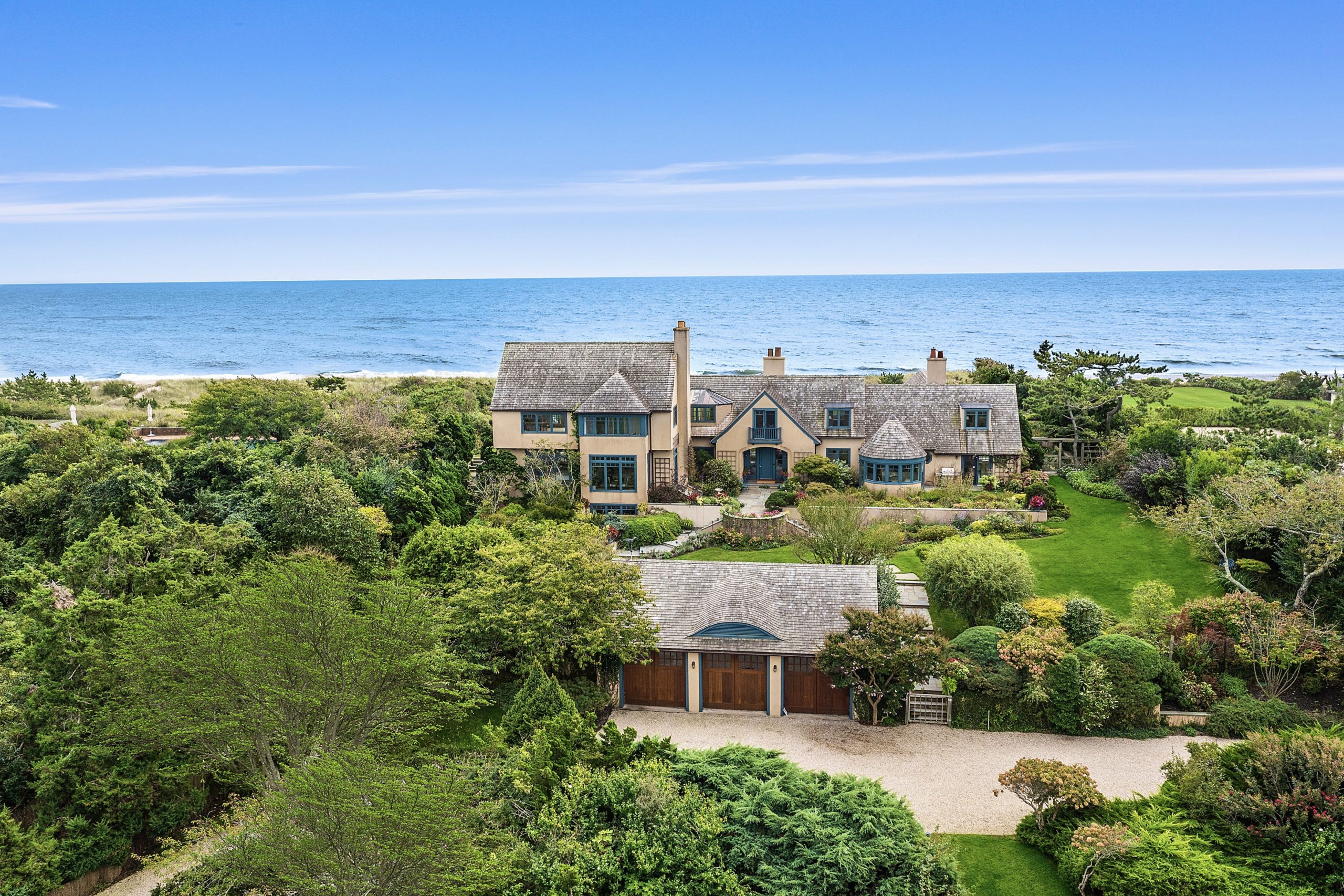 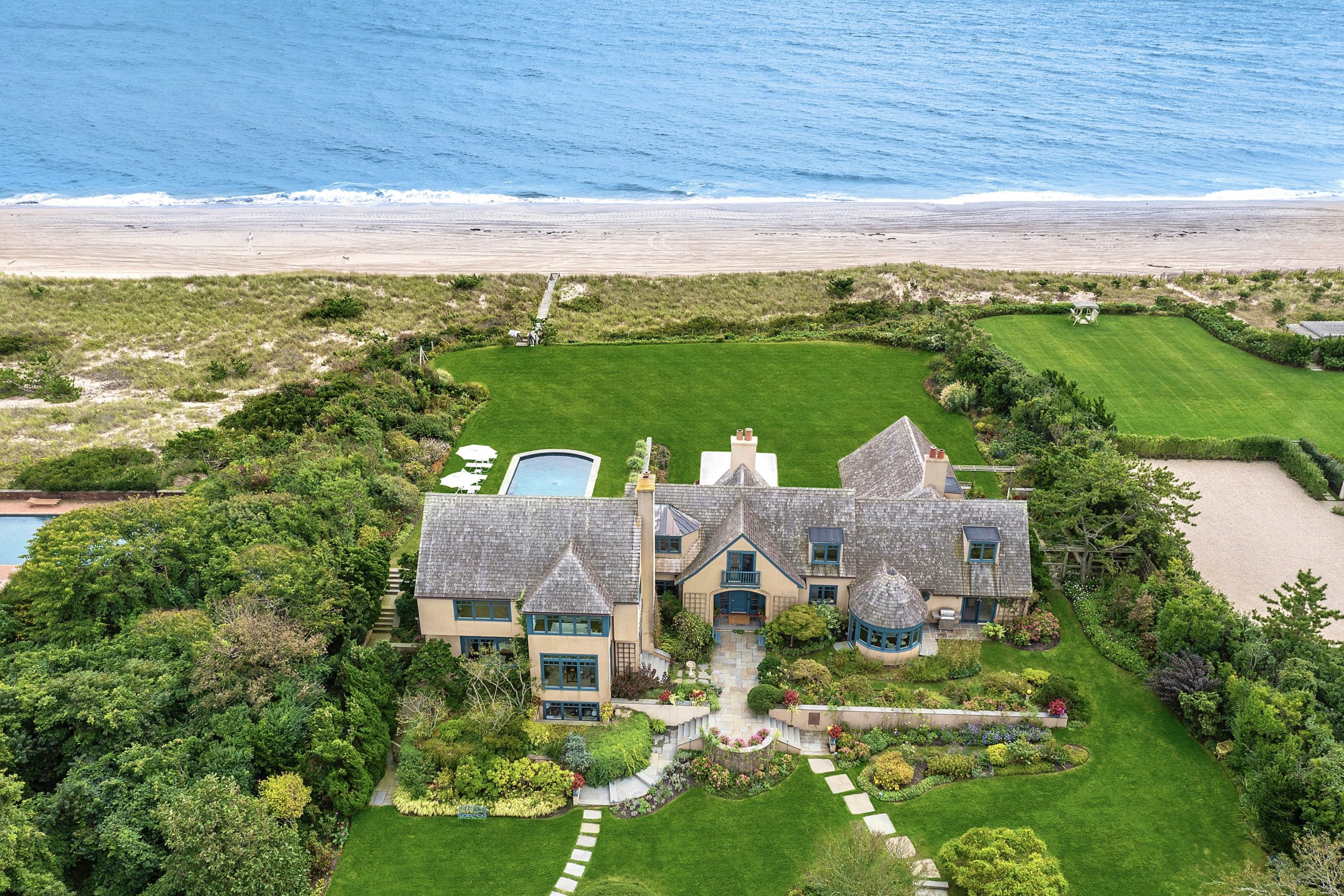 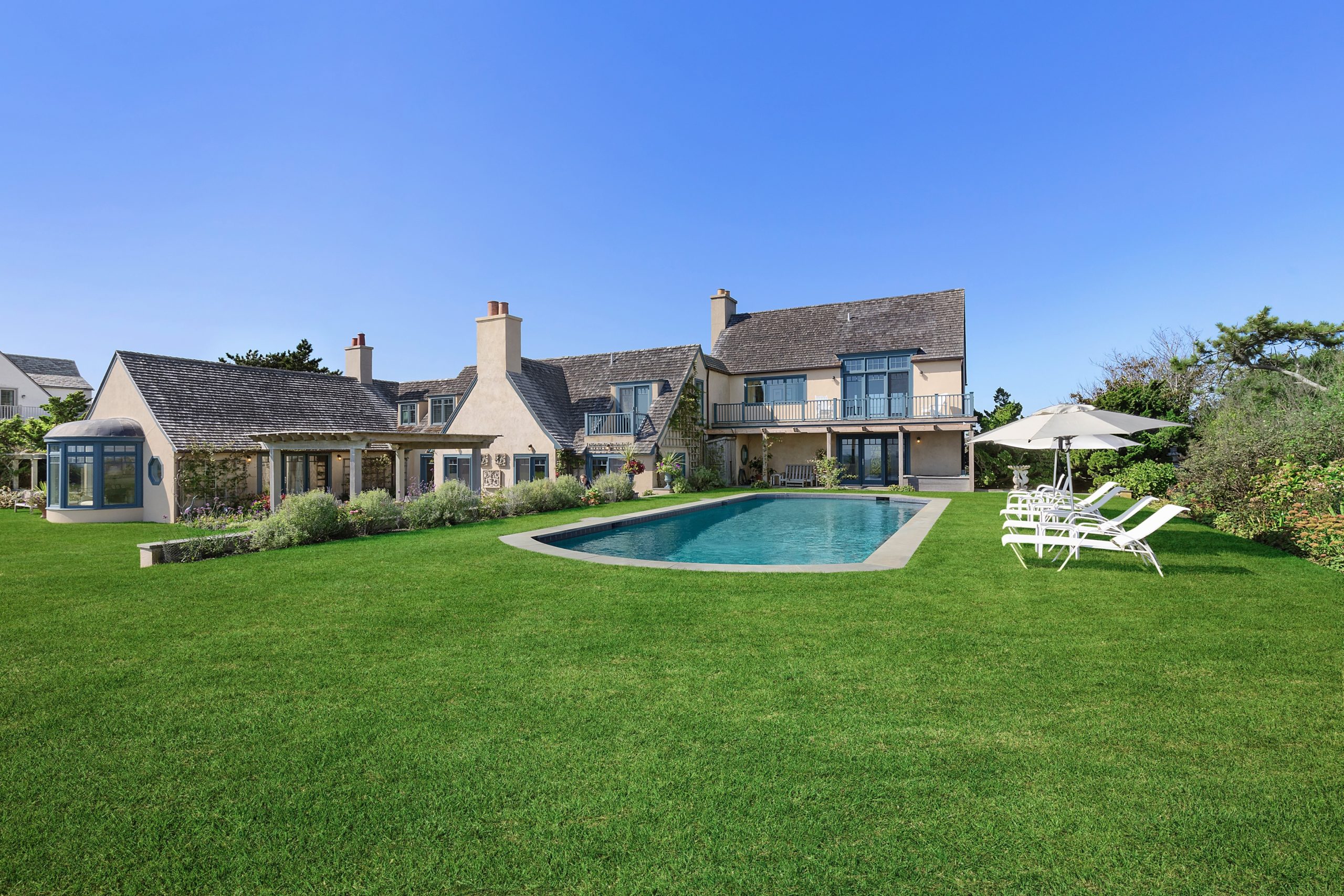 An oceanfront residence in the Georgica section of East Hampton that was designed by the same architect as the Maidstone Club has hit the market for $60 million.

The address is 51 West End Road, one of the most coveted streets on the South Fork. The 1.5-acre property with 170 feet of ocean shoreline also has views of Georgica Pond. Itâ€™s only one of two properties on West End Road to have an oceanside yard and pool, according to the Douglas Elliman listing.

The house is 6,100 square feet with five bedrooms and five and a half bathrooms. An 815-square-foot three-car garage stands separately.

A hidden guest wing staircase leads to an upper-level office suite. The master wing has sweeping vistas of Georgica Pond and the Atlantic and overlooks the gunite pool, expansive lawns and gardens, the listing states.

The lower level contains a full gym and a bedroom suite, and one door exits directly to the garden.

The listing notes that another 1,434 square feet of living space could be added to the house.

A private boardwalk descends to a sandy beach between two Georgica jetties, put there by Juan Tripps, the founder of Pan American World Airways, for erosion protection.

The sellers are Lloyd and Barbara Macklowe, co-founders of the Macklowe Gallery on Park Avenue, which carries 20th century decorative arts, Tiffany lamps and jewelry.

Kyle Rosko and Marcy Braun of the Eklund|Gomes Team at Douglas Elliman have the listing.