A Different Side Of Hillary Clinton Revealed In 'You And Me Both,' A New Podcast Produced By East End Resident Kathleen Russo - 27 East 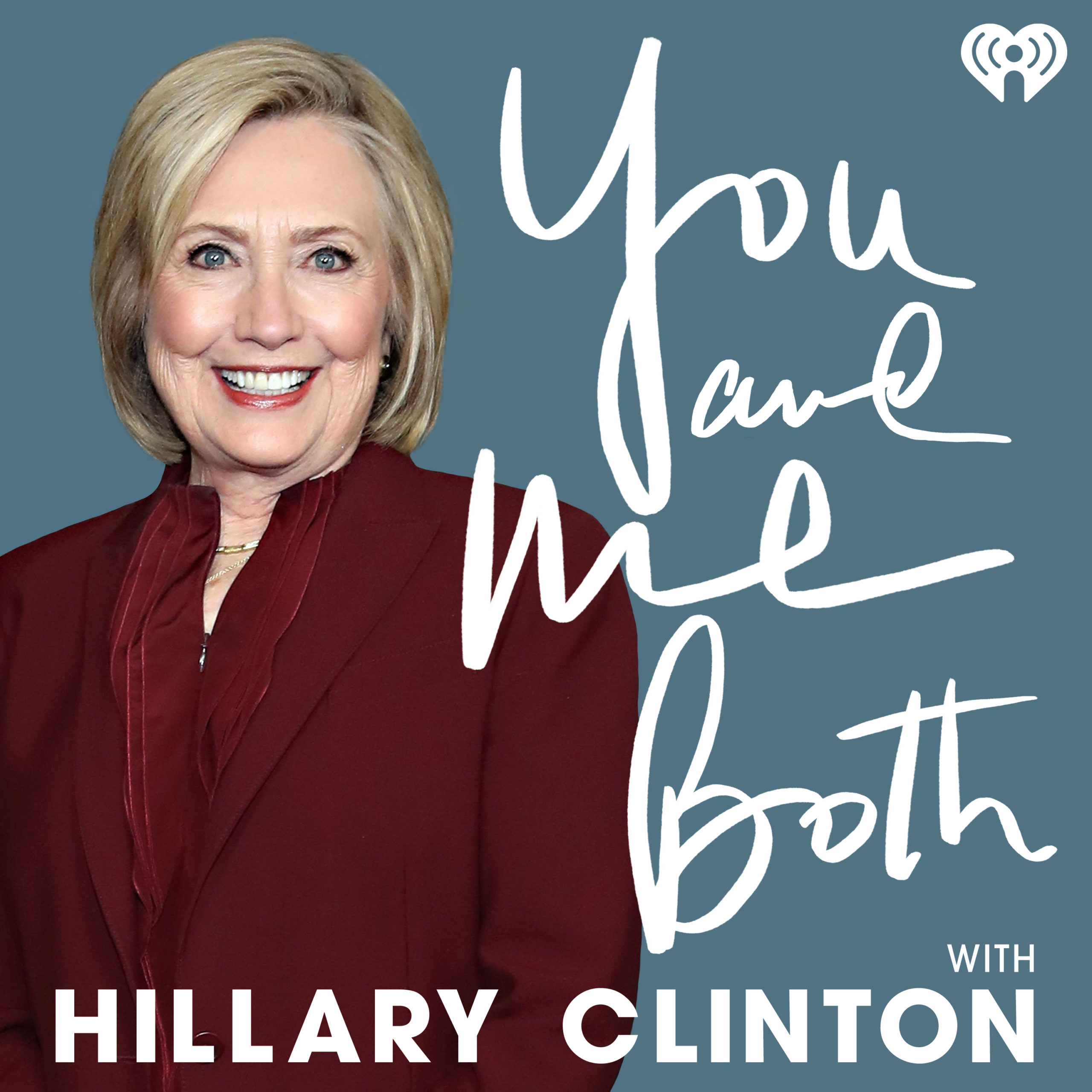 The logo for the new podcast "You and Me Both" with Hillary Clinton.

It’s not every day that you get to listen in on a former Democratic presidential candidate, U.S. senator, secretary of state and first lady as she speaks with some of the most influential political, cultural and scientific figures in American society. But on “You and Me Both,” a new podcast which debuted on iHeartMedia on September 29, listeners get to do just that as host Hillary Clinton shares her insights and opinions with an impressive array of guests.

Together, they take a deep-dive into some of the most pressing issues of our time — and believe it or not, a lot of those topics have nothing whatsoever to do with politics.

New episodes of “You and Me Both” drop every Tuesday and working behind the scenes to make sure each of the first season’s 12 episodes go off without a hitch in the coming weeks is the show’s producer, Kathleen Russo.

Russo, a North Haven resident, is co-director of the Audio Podcast Fellows Program at Stony Brook Southampton, a nine-month, hands-on training program that introduces students to every aspect of podcasting. Created in 2018 by Russo and fellow co-director Tony Dec, a content strategist and sound producer who previously taught at the Columbia University School of Journalism, the program is in its third year, and because it’s currently virtual due to the pandemic, is able to accommodate students from around the globe. So far, special virtual guests for this year’s fellows program have included Ira Glass, creator of “This American Life,” and Catherine Burns, creative director of “The Moth” storytelling series.

“What is great about Zoom is we have fellows from Nigeria, Paris, Alaska, Chicago and the U.K.,” said Russo. “It’s really opened up.”

What has also opened up in recent years are the possibilities and interest in the field of podcasting. Russo first delved into the medium back in 2011 when she began producing Alec Baldwin’s podcast and radio show “Here’s The Thing” with WNYC. She also served as the executive producer for “TBD with Tina Brown,” a podcast hosted by the legendary magazine editor who interviewed writers, actors, politicians, activists and others making a mark on the world.

“I was doing Tina Brown’s podcast and we had Hillary on as a guest, and when she had an idea to do a podcast, they called me because it felt right,” Russo explained. “It was really great. I felt honored, flattered.”

“You and Me Both” offers listeners an opportunity to hear a side of Hillary Clinton they’ve likely never heard before. Because she’s playing host, Clinton is the one who gets to ask the questions here, which is definitely a different role for a woman who, as first lady, legislator, cabinet member and, most recently, presidential candidate, is more accustomed to being the one in the hot seat. While women and issues of importance to them are a frequent focus of the conversations, that’s only one aspect of the podcast.

Each week, Clinton’s special guests focus on a specific topic. Grief was the theme of the October 20 episode featuring comedian, actor and writer Patton Oswalt, whose wife, Michelle, died suddenly in 2016, and Sybrina Fulton, the mother of 17-year-old Trayvon Martin who was shot and killed by a vigilante in 2012. For the October 13 episode on resilience, Clinton spoke to comedian Sarah Cooper, who is famous for her lip-syncing skills that parody President Donald Trump, psychologist and author Angela Duckworth, and long distance swimmer Diana Nyad who, at age 64, swam from Cuba to Florida.

“I think you can hear in the podcast, she’s having fun,” Russo said of Clinton’s new role. “She’s picking the guests.”

The episode on “Gutsy Women,” which dropped on October 6, offers a lesson in 20th century feminist history as Clinton and Gloria Steinem, a pioneer in the women’s rights movement and Ms. Magazine founder, reminisced about their respective Seven Sisters college experiences (Clinton at Wellesley and Steinem at Smith) and the expectations of what women should and could do with their lives in the 1950s and ’60s. Later in the show, Clinton spoke with Dr. Mona Hanna-Attisha, a pediatrician and public health advocate who, in 2014, helped expose the toxic levels of lead that children were being exposed to in the Flint, Michigan water supply.

Other guests in this inaugural season of “You and Me Both” include Emmy, Grammy, Oscar and Tony Award winning musician John Legend, and Stacey Abrams, the 2018 Democratic nominee for governor of Georgia, who addressed the issue of voting; journalist Krista Tippett, social justice activist Reverend William Barber II, and comedian Aasif Mandvi, who discussed the topic of faith; and a special episode which dropped October 1, in which Clinton spoke with U.S. Senator and Democratic vice presidential nominee Kamala Harris about family, the late Supreme Court Justice Ruth Bader Ginsburg, and the idea of making history — which both Clinton and Harris have certainly done.

“At first, it was a straight interview show, then I came up with the idea of themes and asked her, ‘What are you interested in covering?’ It worked out to be really nice,” said Russo. “We’re doing 12 episodes for the first season and 12 for the second season.

“It’s fun. We choose people that exemplify the topic and add an expert.”

When asked if the COVID-19 shutdown threw a monkey wrench into the production schedule in that everything suddenly had to move to remote technology, Russo admitted that it had caused some difficulties.

“We were starting to record when COVID happened. Now, we’re recording remotely using a program called Riverside.fm,” said Russo. “Anytime we have technical difficulties, we get these guys from Amsterdam on the phone. Nothing replaces a studio, but it’s close to sounding better than anything out there, I think.”

For Russo, producing podcasts has become second nature and opened up a whole new career path for her in the last decade.

“I was 50 when I started doing podcasts,” Russo said. “I think in my career, I was floating around, I didn’t know exactly what I wanted to do. I never thought I’d have a career in podcasting, but I feel I really carved out a name in podcasting.

“I’m grateful at a later age I can find a third chapter.”

As for Clinton, Russo finds that she has taken to the new medium and seems to be finding her voice, both literally and figuratively.

“I think she loves it now. She’s open to the world of podcasts,” Russo said. “For the first time, she can say what she wants to say.

“She’s very humble. I’m sure she feels like a trail blazer — and she is,” she added. “I’m just honored. This is such a great platform for her and you can tell she’s enjoying it.

“By the way, we’ll be doing an election special.”

Find “You and Me Both” with Hillary Clinton on iHeartRadio at iheart.com or wherever you get your podcasts.