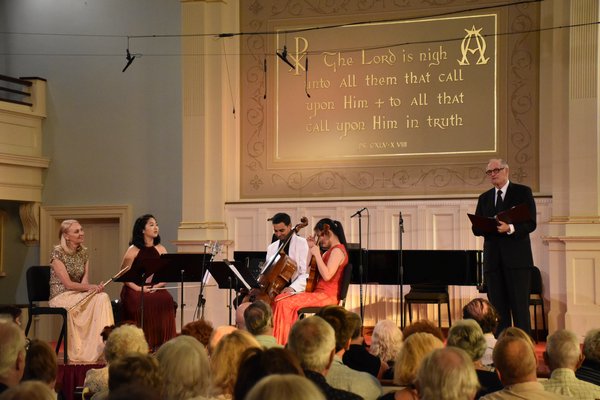 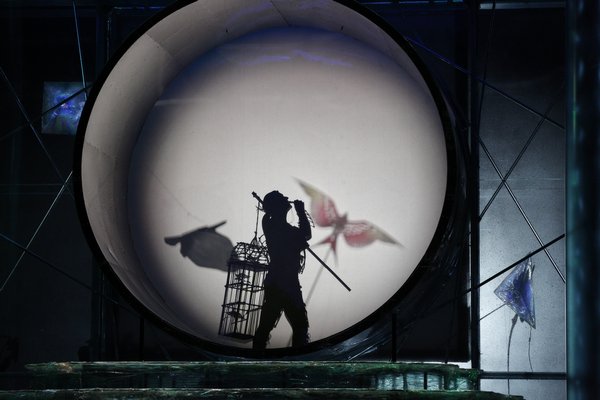 The classical music that we enjoy listening to today may have been written centuries ago, but it still has the power to move, soothe and excite the soul.Very rarely, however, do we, as listeners, come to know much about the personal life of the composers behind the music.

But Marya Martin, founder of the Bridgehampton Chamber Music Festival is setting out to change all that—and she’s doing it with the help of actor Alan Alda who is lending his skill as a storyteller and performer to kick off the festival on July 30 and 31 with a program titled “Brahms & the Schumanns: Love, Genius, Madness.”

The performance will feature Mr. Alda detailing the close relationship of three well-known 19th century composers—husband and wife Robert and Clara Schumann, and their young protégé, Johannes Brahms. Told through letters written by Clara, Robert and Brahms, Mr. Alda’s spoken presentation will be interspersed with BCMF musicians performing works by all three that were composed during the same time period as the writings.

It’s a format that was used to great effect in a Mozart program offered by Mr. Alda for BMCF in 2016, one that Ms. Martin noted was so successful, a second night was added to the schedule.

“We had such an amazing response last year. People said they love Mozart, but it changed it somewhat for them to experience firsthand what was going on in his life when he wrote that piece,” she explained in a phone interview. “We decided that every year, we would begin the festival with a composer portrait using words—and usually the composer’s own words—through letters and diaries to give more of an insight and visceral feel as to what was going on at the time he composed the piece you’re listening to.”

Ms. Martin finds the combination of the music with the story extremely powerful in that it brings the composers to life in a truly unique—and ultimately fulfilling—way.

“It makes it very present and very human,” she said. “You

Mr. Alda and his wife, Arlene, are avid supporters of BCMF. Ms. Alda, a clarinetist and former musician in the Houston Symphony Orchestra, is on the BCMF board, while over the years, Mr. Alda has taken part in several programs and agrees that the spoken segments add new dimension to the musical pieces.

“I’ve found that storytelling is the most effective way to engage people,” said Mr. Alda by phone. “While musical analysis is interesting to get you into the music, I’m not capable of that.

“I am capable of telling a good story and I find it’s very effective at capturing the attention of people who otherwise might not care about it,” he said. “These stories are filled with details that even a knowledgeable person might not have known. I think it’s interesting for people.

This year, Mr. Alda will be telling the story of not one, but three composers and this time around, there are quite a few twists and turns—all of them involving passion, deep friendship and ultimately, great love in the midst of tragedy.

The story begins in Vienna in September 1853, when Brahms, a 20-year-old aspiring composer, enters the lives of the older and very successful Schumanns. In Brahms, Clara and Robert recognized great musical talent and the three quickly grew close.

But Robert Schumann suffered from mental illness, and in 1854, after attempting suicide by throwing himself off a bridge, he was admitted to an asylum. His doctors felt that visits from Clara would not help his condition and they would not allow her to visit her husband. With six children to care for, Brahms moved in to help Clara manage the household so she could maintain her successful musical career. But Brahms’s own work suffered, and along the way, he and Clara fell deeply in love.

While it’s not clear from the writings how physical things became between Brahms and Clara, what is clear—and what’s important, notes Mr. Alda—is that ultimately, this is the story of a great love shared by three people for one another.

“I heard vague things about their love relationships—I didn’t know some of the details,” he said. “One of the things I really love about this story is that to most of us, it’s just on the level of gossip, since nobody knows how physical they got.

“But it doesn’t really matter. When you get into the story they lived, it’s a story of compassion and caring through extremely difficult times,” he added. “It goes way beyond the titillation of the sex.”

For Mr. Alda, the process of reading the letters by the Schumanns and Brahms and then deciding which passages to include in the final spoken piece has taking him on an interesting and satisfying journey.

“It’s fun to find a story that seems coherent and that has little stories made up of it along the way, each of which took place at the time of the composition,” Mr. Alda said. “As much as I can, I like to tell a story that in some way was happening when the piece was composed, though it’s not always reflective of the piece.

“I really want to be as faithful as I can to who they were and what really happened,” he added.

Mr. Alda noted that in reading the letters, he was particularly moved by the many moments in which Clara displayed incredible strength in the face of very trying circumstances.

“Sometimes, she’s almost giving in to the pressures and then pulling out of it. There are moments of all three of them caring so much about one another, helping one another with a great generosity of spirit,” he said. “It’s a wonderful human story of collaboration of compassion.

“Whatever happened between Clara and Brahms, she never lost her love for Robert Schumann. They all knew that.”

In addition to the concerts at the Presbyterian Church, other festival highlights include the BCMF Annual Benefit, a one-hour program followed by dinner, at the Atlantic Golf Club on Saturday, August 5, and the festival’s annual Wm. Brian Little Concert on Friday, August 18, featuring Gypsy-jazz guitarist Stephane Wrembel performing with BCMF artists under a tent on the grounds of the Channing Sculpture Garden adjacent to the Channing Daughters Winery, with wine and hors d’oeuvres served before the hour-long program. Visit bcmf.org for full program information.