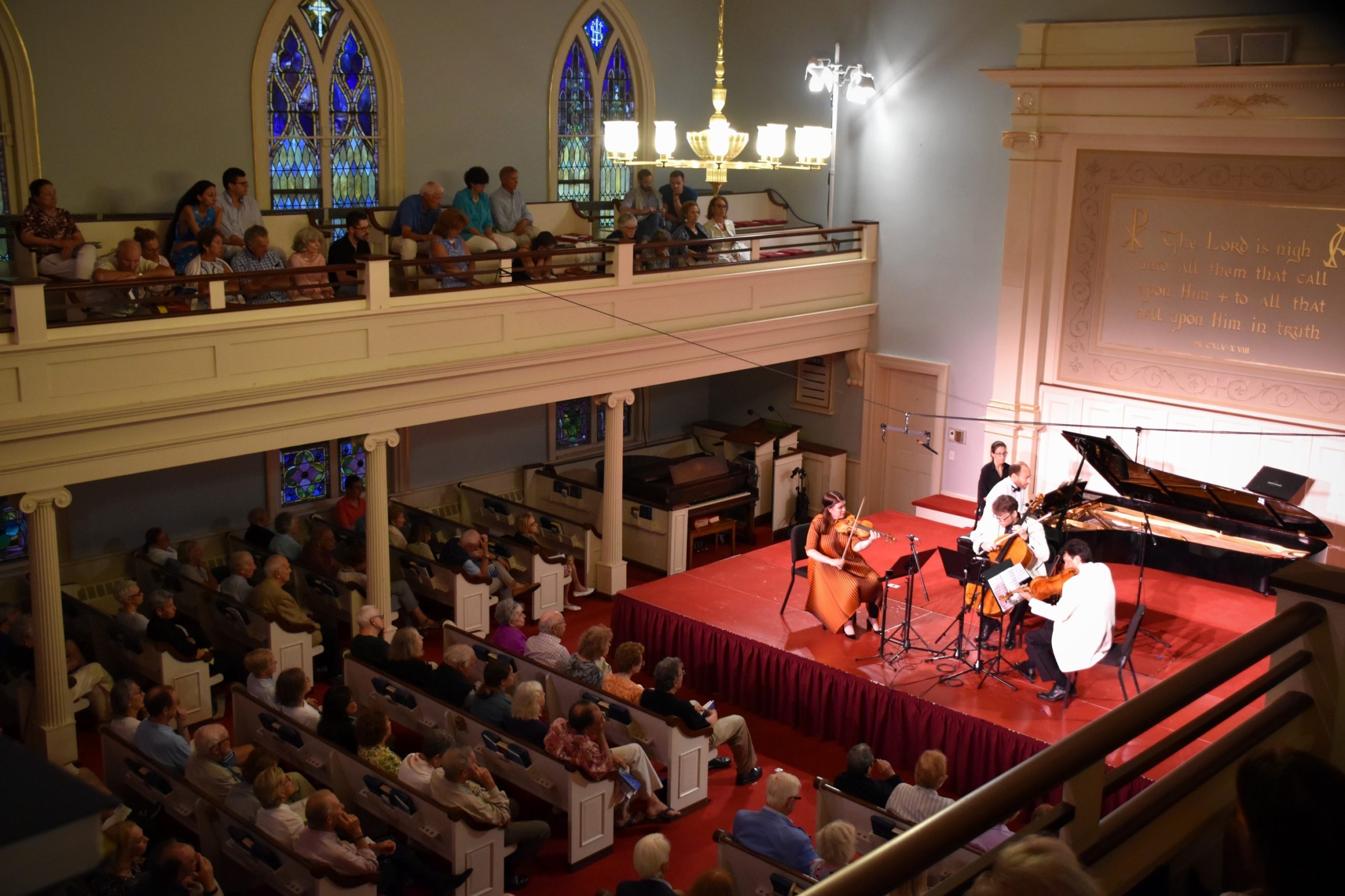 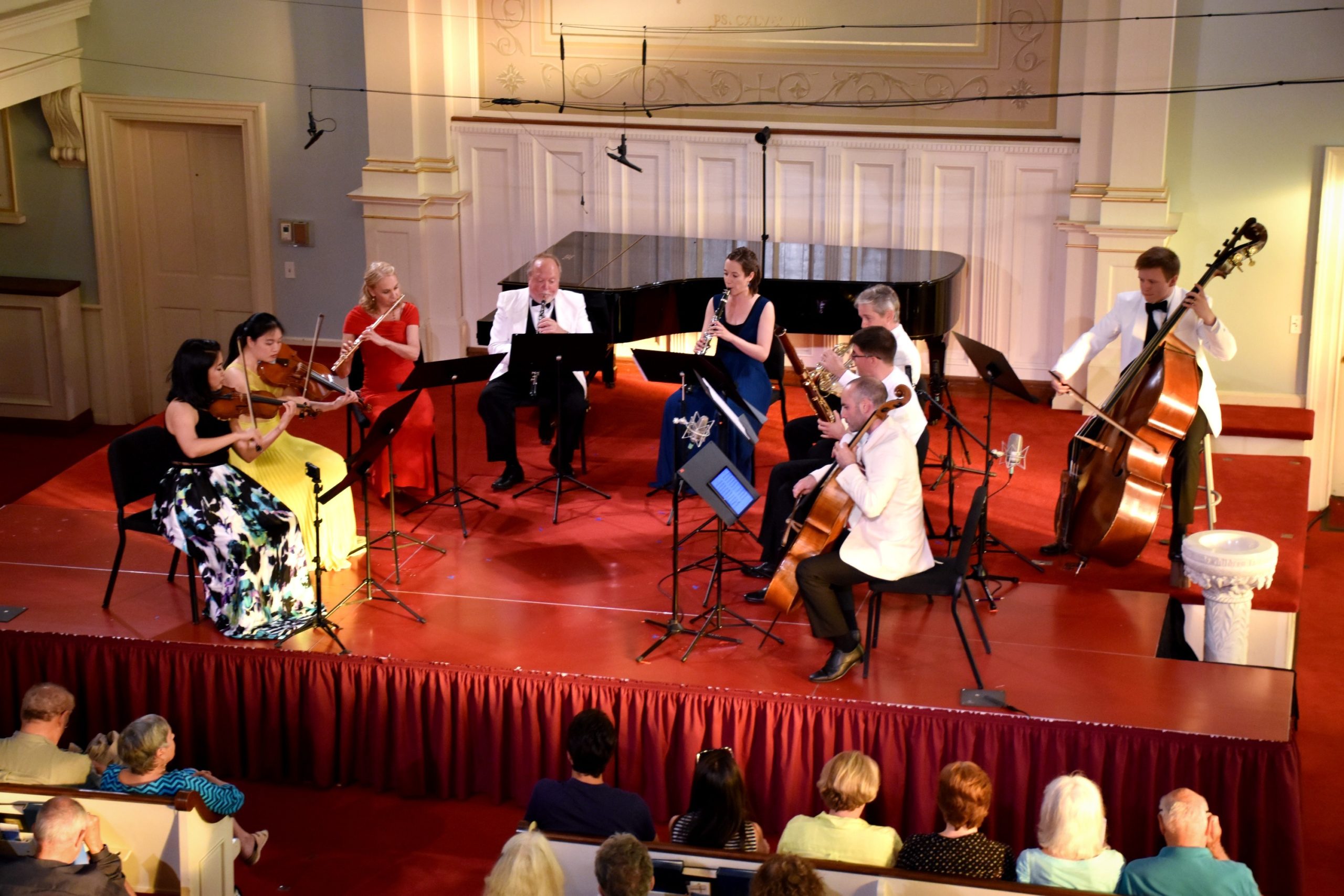 Every summer since 1984, Marya Martin, a flutist, and an evolving lineup of world-renowned classical musicians have gathered on the East End to present several weeks’ worth of chamber music concerts as part of the Bridgehampton Chamber Music Festival. Concerts take place in the venerable Bridgehampton Presbyterian Church on Main Street, as well as under tents, on lawns and even in vineyards around the area.

But this summer, COVID-19 has come to town — and for Martin, founder of Bridgehampton Chamber Music, the 2020 festival has been a moving target.

“The process kept us fixated for three months,” said Martin in describing the uncertainty surrounding the possibility of presenting live music this season. “In mid-June, we thought maybe we’d be in phase four and could have a tent, which has to be okayed with a COVID plan, including a sanitizer station and cleaning of toilets every 10 minutes. We don’t have the staff to get it up and running and do what they require. We were looking at small audiences, and would they even come?”

So Martin and her crew shifted their thought process and considered more intimate backyard concerts with only 20 or so guests.

“But what do you do about bathrooms? No one is coming in our bathroom,” said Martin. “It’s taken a lot of energy and angst to come to the realization, but we just couldn’t have live music. To do a virtual concert or streaming was too expensive. We don’t have income since we canceled the spring series, and we’re not having a benefit, which is a huge part of our budget.”

In addition, some of Martin’s regular musicians also expressed reservations about traveling here and playing as a group in the midst of a pandemic, given that they had the health of family members at home to worry about.

“I just decided it’s not in the best interest of the organization long term in trying to make something that was going to be second rate at best,” said Martin.

So in the end, even though Martin and her team realized that flying in musicians from around the world to perform for audiences sitting shoulder to shoulder in church pews wasn’t feasible, they didn’t abandon the idea of offering music this summer.

Instead, they are presenting Bridgehampton Chamber Music’s Summer Festival at Home, a series of five concerts created from past festival seasons that can be viewed on YouTube. The first concert, “All About Mozart,” aired at 6:30 p.m. on Sunday, July 26, and will remain available on BCM’s YouTube channel through August 2. A new concert is offered each Sunday at 6:30 p.m. through August 23.

“What we’re doing are five Sunday concerts, curated from a couple of seasons of video using footage from last year and the year before, and putting the programs together in an interesting way,” explained Martin. “I do a video presentation at the beginning welcoming people and talking about the piece. In the middle, I interview a musician or the composer of the piece, so you get an inside look at the musicians and how they felt about the piece.”

Though this summer’s virtual festival may not be as flashy as some of the musical events being produced by Julliard or the New York Philharmonic, Martin is satisfied that the five concerts being offered this summer will be entertaining, engaging and educational for BCM audiences.

“I’ve come to the realization we’re a small, lean organization which is why we’ve lasted 37 years,” said Martin. “For us to invest too much money in doing things like this is not going to help us survive. What will help us survive is to stick to our budget and not go after the arms race to get stuff out there.”

While the BCM online concerts are free, donations are encouraged for the organization given that there will be no gala or ticket sales this season. In addition, Martin is appealing to audiences to donate to a special musicians fund that the festival has set up as well.

“Our poor musicians, their last concert was on March 10, their life has been canceled for the next year. They’re gig workers,” Martin said. “We want to pay half the salary we contracted with them a year ago. The American musicians have zero money coming in, so we want to get the word out to give any amount to the musicians fund so we can at least pay half the fee and I’d like to pay more.”

In the meantime, though Martin is hoping BCM will still be able to offer a fall series of chamber music concerts — the same lineup of spring concerts that were canceled when COVID-19 first arrived, that, also, remains a moving target.

“We might shift that to next spring — we just don’t know,” said Martin who, in these unsettled times, is reminded of the uncertainty of the world after 9/11, though back then, she recalls how tragedy drew people closer to work together toward greater purpose. “This is keeping people isolated. I am worried it will take a while to come back. Your sense back then was to come out and help — now it is to keep quiet and safe.”

The BCM Spring series, three concerts that were to take place in March, April, and May of this year, have been moved to three Saturdays in the fall, and are still on the schedule: “Mozart Portrait, narrated by Alan Alda” on October 10; “Colorful Winds: Beethoven and More” on November 7; and the Calidore Quartet on December 5. More information is available at bcmf.org/autumn-series.

New concerts each Sunday at 6:30 p.m. remain available for one week:

August 2 — “Dvořák/Moravec – A New Country” takes its name from the 2018 work by Paul Moravec, a BCM commission, for mezzo-soprano, flute, violin, viola, cello, and piano to texts by Walt Whitman, Emma Lazarus, and others; it is joined on the program by two works of Dvořák, including an arrangement of “Goin’Home” for cello and piano (Marya talks with Paul Moravec and cellist Nicholas Canellakis).