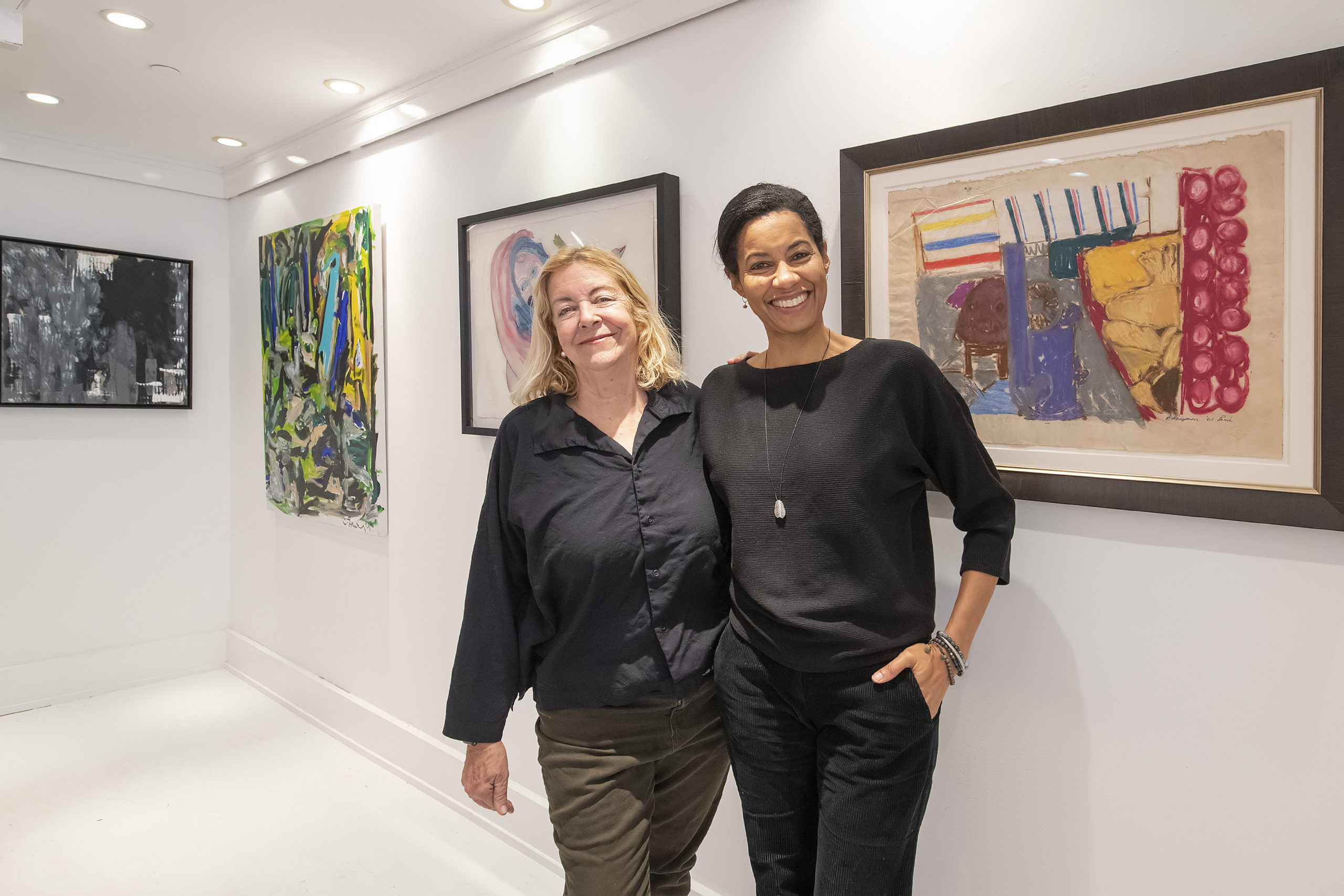 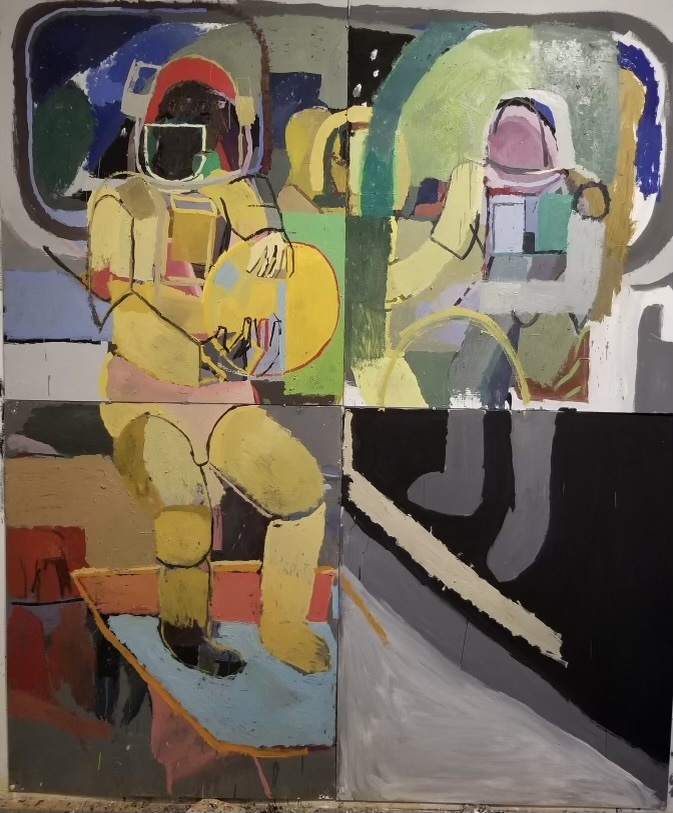 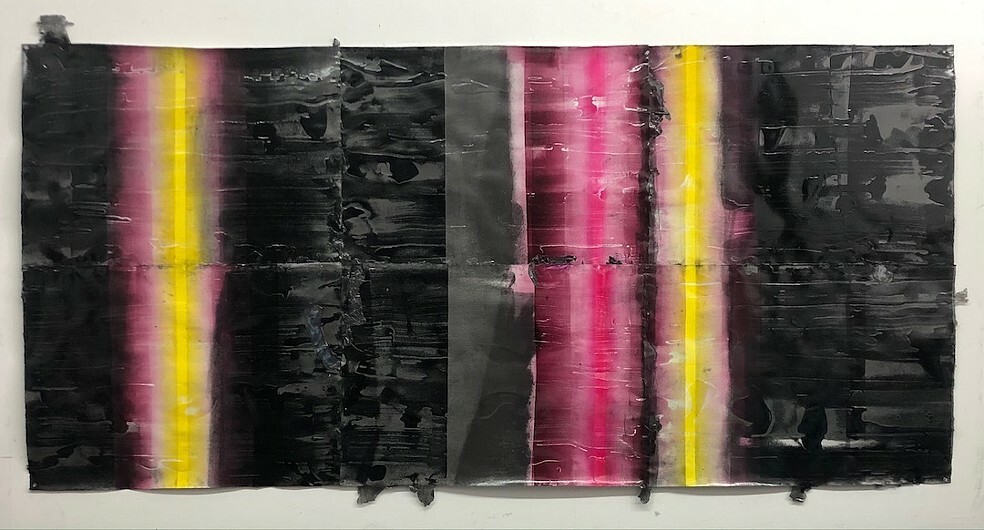 Leslee Stradford's "Padrãos" will be on view at The Church in Sag Harbor from February 5 to 12. 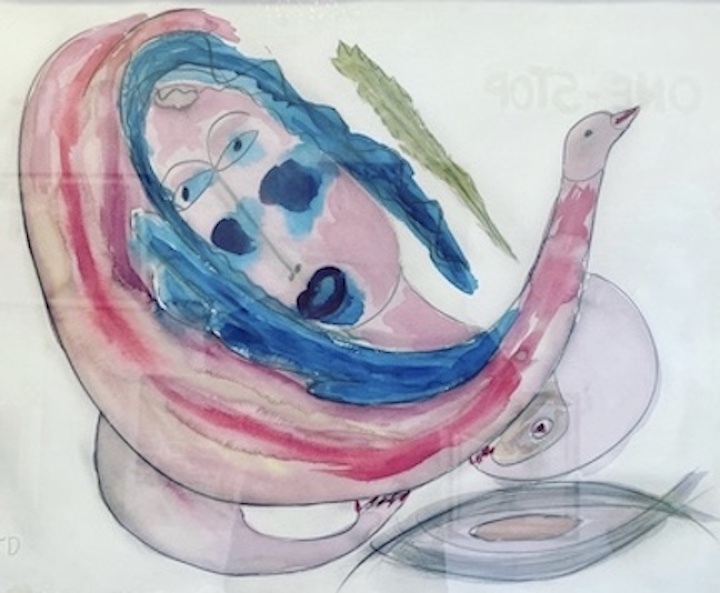 Thornton Dial's work will be on view at Keyes Art Gallery in Sag Harbor from February 26 to March 31. 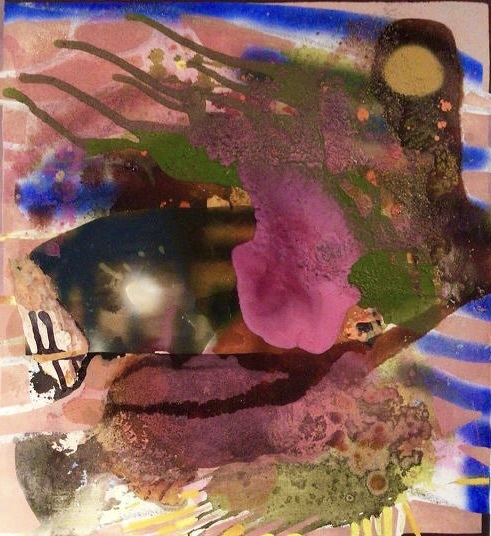 Julie Keyes and Eden Williams are co-curating "Afrofuturism: Re-imagining the Future by Honoring Now," a multi-site exhibit across the East End. MICHAEL HELLER

With February on the horizon and Black History Month soon to begin, exhibitions and cultural programs abound that pay tribute to the many contributions African Americans have made to the country and society at large.

But in designing a Black History Month exhibition for the East End, gallery owner Julie Keyes, who counts many African American collectors among her clients, looked to do something a bit more expansive, creative and thought-provoking to highlight the work of Black artists in light of social justice movements that have gained traction in recent years.

So Keyes joined forces with Eden Williams, daughter of Sag Harbor residents and avid art collectors E.T. and Lyn Williams, to curate a series of four shows across the region offering a cross-section of work by some of the most dynamic African American artists working on the scene today.

“My parents are avid collectors of primarily African American art and have been for decades,” explained Williams, whose professional background is in marketing, media and publishing. “Growing up, I developed a knowledge and then subsequently developed a passion for it. Now, I’ve segued into being a consultant.”

That means Williams has brought many new artists to Keyes’s attention, including several whose work will be on view in “Afrofuturism: Re-imagining the Future by Honoring Now.” Curated by Keyes and Williams, the multi-site exhibit will take place at four different gallery spaces across the East End — Sag Harbor and East Hampton on the South Fork, and Greenport on the North Fork — with work by a range of Black artists on view for select periods between January 29 to March 31.

In addition, taking place concurrently with the East End shows will be Carnegie Hall’s “Afrofuturism: A Citywide Festival,” a series of more than 80 online and in-person events presented by 70-plus partners (including Keyes Gallery) encompassing art, music, film, talks and literature related to the topic.

The term “Afrofuturism” may be one that many people aren’t familiar with, but its manifestation can be found throughout current offerings in popular culture — in films like “Black Panther,” series such as HBO’s “Lovecraft Country,” the music of Sun Ra and art by Jean-Michel Basquiat.

As Williams notes, the goal of the Afrofuturism exhibitions is to honor abstract Black painters who have broken out of the mold and have removed the heavy race-themed narrative of politics and struggle from their work in order to paint about life in abstraction.

“We can reimagine a world in the future where more and more Black painters are not bound to race narratives and the burden of representing one element of the ‘Black experience’ in order to be seen and heard,” Williams noted.

The first of the four “Afrofuturism” shows opens at the Natali/Keyes Gallery in Greenport on Saturday, January 29, with a reception from 4:30 to 6 p.m. The exhibit, which runs through March 31, includes the work of Claude Lawrence, Erika Ranee, Faith Ringgold and Clintel Steed.

In curating these four shows, Keyes and Williams explain how the interest in African American artists has evolved and grown in recent years largely due to the Black Lives Matter movement and other social justice issues that have come to the fore.

“But there’s been a huge art movement of women, African Americans, Cubans, all over the country,” Keyes continued. “They haven’t been not painting, they just haven’t been recognized. Now the museums are looking to create a level playing field within their legacies. That’s the core as to what’s changed.”

“The moment has arrived,” Williams said. “They’re recognizing there is such incredible talent.”

While many of the artists showing in the four exhibits work in abstraction, one of the featured artists will have a distinct story to share. On Saturday, February 5, The Church in Sag Harbor opens a show featuring collages by Dr. Leslee Stradford based on “Padrãos,” carved stone markers that were left behind by 14th and 15th century Portuguese explorers to establish and mark their possession of African lands.

Often placed at the mouths of rivers or on the tops of prominent hills for impact, the Padrãos came to be symbols associated with ownership of the African people themselves, as slavery was a major industry for these Portuguese explorers.

For this show, Dr. Stradford, an accomplished artist and activist who works in collage of history and outcome, has created four pieces that tell the story of the Padrãos and reimagine its future in true Afrofuturist style. She takes her inspiration for the collage series from a book by Herman L. Bennett titled “African Kings and Black Slaves: Sovereignty and Dispossession in the Early Modern Atlantic.” In his book, Bennett explores the history of the earliest contact between Europeans and Africans, the slave trade and 19th century New World Slavery. His work re-examines the first century of sustained African-European interaction and the way in which African customs, norms, diplomatic rituals and treaties with Europeans established who could legitimately be enslaved.

Bennett, an international scholar on African culture, has lectured extensively on this topic. On February 12, at 4:30 p.m., he and Dr. Stradford will lead a roundtable conversation about Padrãos at The Church, followed by a reception from 5:30 to 6:30 p.m.

“Herman Bennett, who lives in Sag Harbor is a fantastic and interesting international scholar of African American history and culture,” Keyes said. “At the moment, he’s in the middle of a dissertation on the Pedrãos. Because the talk he and Leslee Stradford will give at The Church is Afrofuturism, with roots in the past, it’s going to be the lightship for the show at Carnegie Hall.”

This is not the first time Dr. Stradford has shown at The Church. Last spring, as an artist-in-residence there, she presented “The Night Tulsa Died: The Black Wall Street Massacre of 1921,” a series of collages revisiting the Oklahoma tragedy to mark its 100th anniversary. In fact, Dr. Stradford is a descendant of survivors of the Tulsa Massacre in which the Greenwood neighborhood, home to prosperous Black entrepreneurs and their families, was destroyed by racially motivated violence. Hundreds of people were killed in the violence, and the homes and businesses of more than 10,000 Black residents, including Dr. Stradford’s ancestors, were bombed or burned to the ground.

The third exhibition in the four-show offering will be at Keyes Gallery at ABNY in East Hampton. It will open Saturday, February 19, with a reception from 4 to 5:30 p.m. and features the large scale works of Cullen Washington, Jr., a contemporary African American abstract painter who is a native of Louisiana and now lives and works in New York City, where he is a professor at Pratt Institute and Parsons, the New School. Washington’s work remains on view in the space through March 31.

The final show in “Afrofuturism: Re-imagining the Future by Honoring Now” opens at Keyes Art on Main Street in Sag Harbor on Saturday, February 26, with a reception from 4:30 to 6 p.m. This exhibit, which runs through March 31, will feature the artwork of Thornton Dial, Erika Ranee and Dr. Leslee Stradford.

While small galleries typically follow the lead of the big museums in selecting the artists whose work they feature, when it comes to contemporary African American artists, it just might be curators like Keyes and Williams who are ultimately blazing the trail.

“I think that in terms of the Black artists, I feel the mainstream will follow,” Williams said. “They go after the shiny objects, the narratives, then it trickles down and they see the other artists like Frank Wimberley and Claude Lawrence — all those who don’t have strong narratives, but create incredibly transformative work that is visual and abstract.”

The Church: 48 Madison Street, Sag Harbor. Opens Saturday, February 5, with a reception from 4:30 to 6:30 p.m. “Padrãos,” collages by Dr. Leslee Stradford inspired by Herman L. Bennett’s “African Kings and Black Slaves: Sovereignty and Dispossession in the Early Modern Atlantic.” Saturday, February 12, “A Round Table Conversation” with Dr. Leslee Stradford and Herman L. Bennett, 4:30 p.m. followed by a reception from 5:30 to 6:30 p.m. Exhibition runs February 5 to February 12.