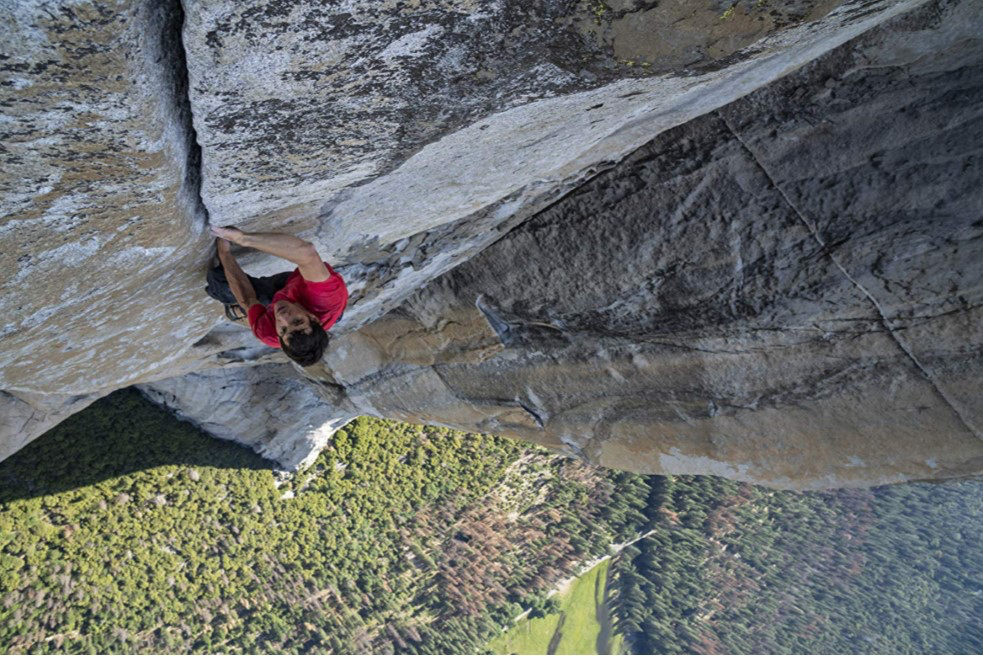 A still frame from the documentary "Free Solo."

This week, Hamptons DocFest adds another “Fest Favorite” documentary to its website. This time, it’s “Free Solo,” the 2018 National Geographic documentary about free solo (that means without a rope) climber Alex Honnold.

Directed by Jimmy Chin and Elizabeth Chai Vasarhelyi, the film screened to a packed audience on the closing night of the festival in December 2018. It won the festival’s Long and Mattone Audience Award and went on to win the Academy Award for Best Documentary Feature in 2019.

The film, with heart-pounding cinematography, follows the eight-year dream of Honnold to be the first person to climb the face of the 3,200-foot El Capitan in Yosemite National Park, without a rope. After years of studying every fingerhold and toehold, multiple practice climbs and falls, he finally succeeded on June 3, 2017, making this screening the third anniversary of his climb.

Previous “Fest Favorites” still available via the Hamptons DocFest website, most with Q&As from the directors’ appearances at the festival in previous years, are, “Penny and Red: The Life of Secretariat’s Owner,” “Terrence McNally: Every Act of Life,” “Toni Morrison: The Pieces I Am,” “In Search of Israeli Cuisine,” “Maya Angelou: And Still I Rise,” “The Biggest Little Farm,” “Three Identical Strangers,” “The Black Panthers: Vanguard of the Revolution,” “Spielberg,” “Life, Animated,” and “Very Semi-Serious.”