Gay LIke Me: A Father Shares Advice With His Son At The Start Of His Own LGBTQ Journey - 27 East

Gay LIke Me: A Father Shares Advice With His Son At The Start Of His Own LGBTQ Journey 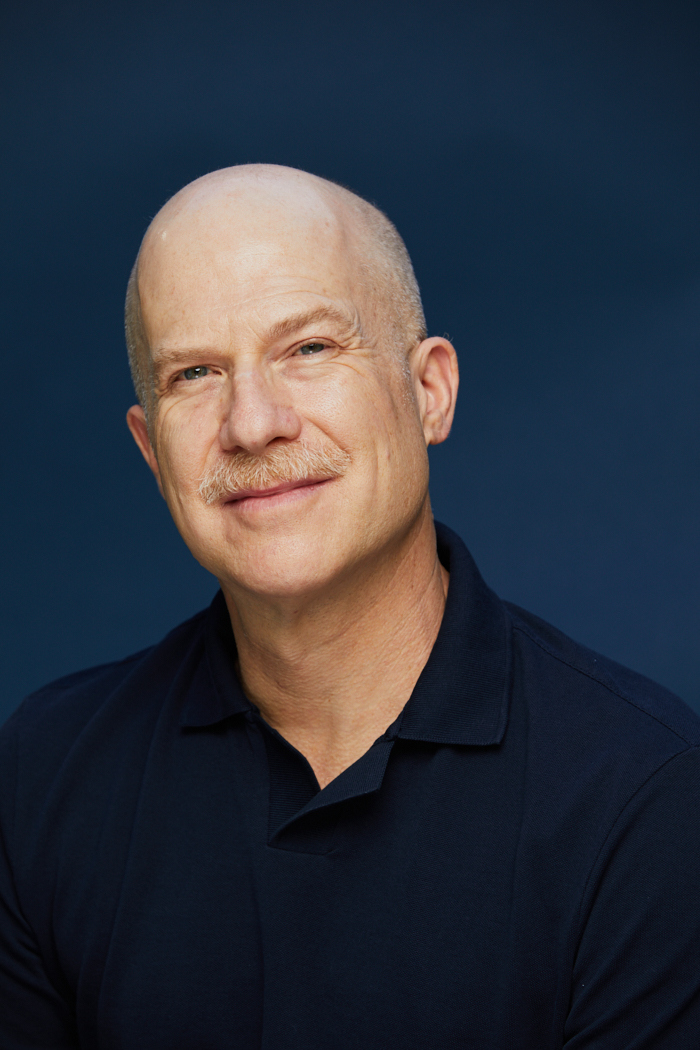 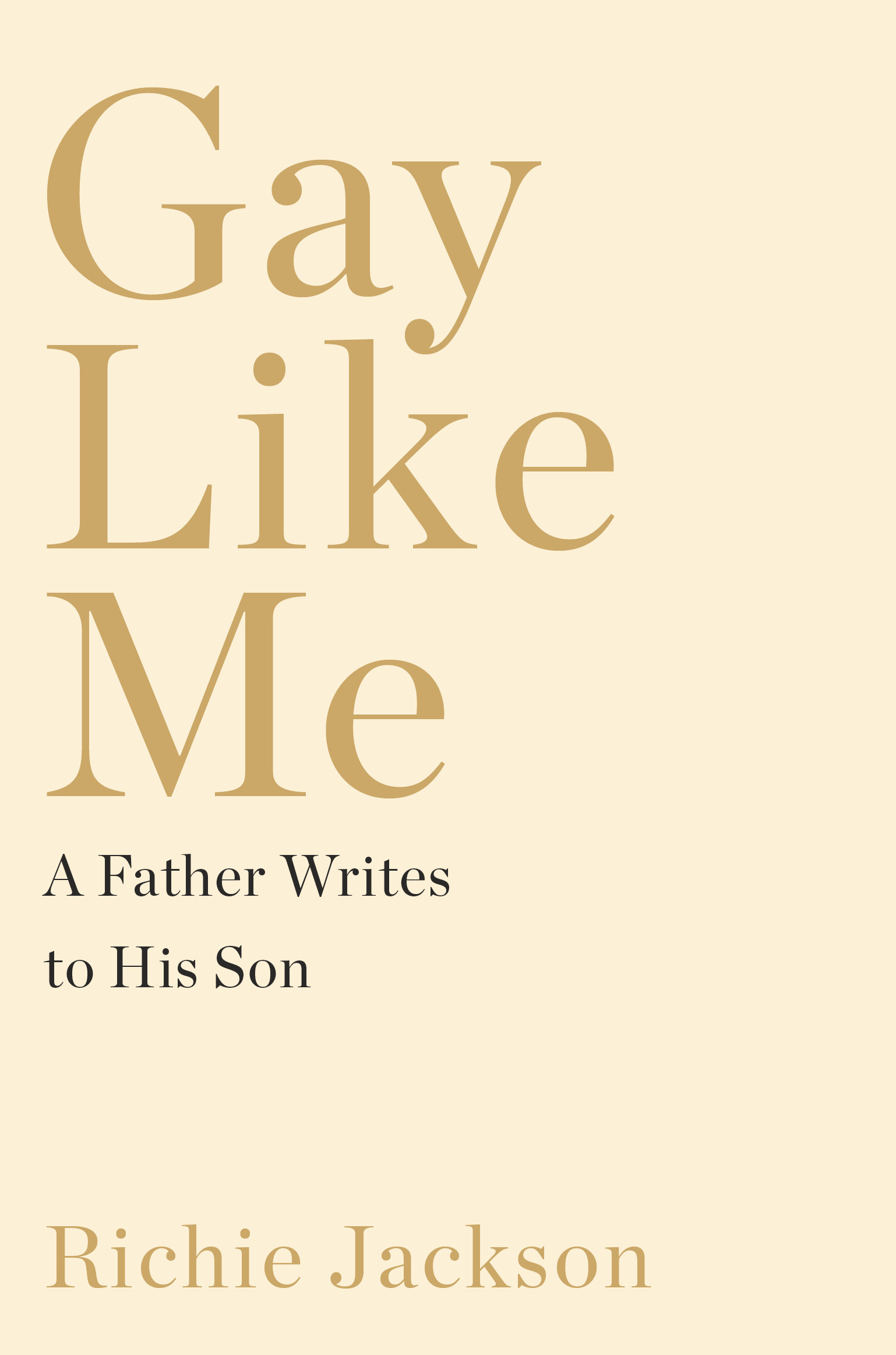 Cover of Richie Jackson's book "Gay Like Me: A Father Writes to his Son."

At the age of 15, when Jackson Foo Wong came out and told his parents that he was gay, his father, Richie Jackson, a TV and theater producer based in New York City, couldn’t have been more delighted.

That’s because for Jackson, being gay had long been an important defining feature of his own life.

“I grew up in Bellmore, Long Island and my father commuted to the city,” explained Jackson in a recent interview from his East Hampton home where he and his husband, Jordan Roth, and their family have been living since the pandemic began. “It was a stifling town. I went to public school and my high school was almost entirely Jewish. We went to Hebrew school together and played Little League together. We were all the same.

Wong, who is now 20 and just starting his sophomore year at New York University, was born through surrogacy and is the biological son of Jackson’s former partner, actor B.D. Wong. Because Jackson and Roth, whose company owns several Broadway theaters, both work in industries that embrace the LGBTQ community and raised Wong in Greenwich Village, he has grown up with a strong level of comfort in being gay. But Jackson notes that his son’s comfort level is also a source of great concern for him and as Wong comes of age as a gay man in an environment where being gay has never been an issue, he worries about complacency.

“When he told us he was gay, I was elated,” said Jackson. “Then he said, ‘Being gay is not a big deal and my generation doesn’t think it’s a big deal.’ I thought, ‘Oh no, it is though. It’s the most important thing about me.’ I felt I had to tell him what it is to be a gay man. Then Donald Trump was elected and brought Pence with him, both are more an imminent threat to the LGBTQ community than ISIS and North Korea.

“Then I had to really warn him,” he said.

That warning comes in the form of Jackson’s new book, “Gay Like Me: A Father Writes to his Gay Son.” Published by HarperCollins, the book is a guide of sorts, not just for his own son, but for all young people in the LGBTQ community and their parents. On Thursday, September 24, at 5 p.m., Jackson will take part in a Zoom discussion about the book with East End author Steven Gaines in an event sponsored by the Jewish Center of the Hamptons.

When asked to expound on the fears he harbors for Wong as a gay man, Jackson said, “One thing that made me nervous is that he wasn’t equipped. He’s one of the rare gay people who didn’t grow up a minority in his own family. I was worried he was leaving our house without a gay guard. He didn’t have difficulty coming out, and because of where we live, he wasn’t aware you need a gay guard. But you have to be aware of what’s around you.

“He didn’t see me drop Jordon’s hand when we walked on the street, and didn’t notice that I didn’t kiss Jordan goodbye at the subway,” added Jackson. “But two years after our marriage, a gay man was taunted and shot a block or two from our home.

Jackson’s advice to his son and other LGBTQ young people is to learn gay geography and do research. Just as the Green Book in the mid 20th century guided Black motorists safely through the Jim Crow South by highlighting restaurants and motels that would welcome them, so, too, Jackson’s guidance is meant to help his son maneuver in a country that isn’t always accepting of people like him.

“Where can you be fired for being gay? Where is there no housing protections?” asked Jackson. “Each state has either no laws or different laws. Not all 50 states are open. It’s a much narrower path for him.”

In many ways, Wong’s path resembles that of Jackson’s own, particularly in terms of his choice of university. When he was 17 years old, Jackson left Bellmore for Manhattan to start his freshman year at New York University. This was in 1983, when the AIDS epidemic was just coming to light. From the vantage point of his dorm room on Fifth Avenue and 10th Street, Jackson says he had a front-row view of how the newly discovered HIV was ravaging the gay population of the neighborhood.

“It was beginning to be a somber place,” he recalled. “Sick people were walking around everywhere.”

For Jackson, who was still in his teens, it was a terrifying time to be gay.

“During this COVID pandemic, it reminds me of reading the safe sex guidelines when I came to New York,” he said. “It said not to floss or shave before a date. Have a shower as foreplay to check for lesions or abrasions. My introduction to dating was not to be able to touch someone.”

Back on Long Island, Jackson’s parents had a lot to cope with too, given that their son had recently come out to them and was now living in the epicenter of a pandemic that was targeting gay men.

“My mom was supportive, my dad was surprised and said all the wrong stereotypical things,” said Jackson, recalling his parents’ reactions when he broke the news that he was gay. “It took them a while to come around. It was upsetting at the time. I didn’t realize my dad’s first reaction wouldn’t be the last.

“We didn’t talk a lot about AIDS. I think they were terrified,” he added. “Once, I got the flu and I was home and the doctor said you should get an HIV test.

Jackson explains that while today, coming out is an exploration of identity for young people like his son, back in the early 1980s, he and his friends had to come out as a political statement.

“We had to say we were gay so the government knew how many of us there were to be counted and they were forced to confront AIDS,” said Jackson who feels that in many ways, the danger to the LGBTQ community is more dire now than it was even then. “I wrote the book to try to explain to Jackson that the rainbows he sees everywhere mask a very real war going on against us. I know that because gay pride parades are no longer marches, people think everything is better. Not only is it not better, but I think it’s worse, I think for him, leaving home is harder than it was for me.”

Jackson explained that the reason is that in his day, everything his generation dreamed of and worked for was considered out of reach for gay people. But now that the LGBTQ community has made real strides, there are many who want to remove those rights. By way of example, Jackson points to the vast number of anti-LGBTQ bills currently up for consideration in state legislatures across the country as well as recent efforts by the Trump administration to roll back LGBTQ protections at the Supreme Court level.

“Our adversaries were so scared when our pipe dreams became reality. We started to get access to our rights, more visibility, representation, marriage equality — that didn’t seem possible when I was Jackson’s age,” said Jackson. “Our adversaries saw us get some of our liberation and are trying to take it back and they hope we don’t get our liberation again.”

And in an ironic twist, Jackson added, “Trump was at our wedding. People ask me, do you really think he’s homophobic? I say it doesn’t matter if he’s homophobic or just plain craven. If you support Donald Trump, you are denigrating LGBTQ people.

“That which I love most about myself is reviled,” he said. “What I’ve come to understand is that these people are simply afraid of it because they know how powerful it makes me.”

When asked how parents can go about supporting their LGBTQ children, Jackson recommends exposing them to the history of the movement and those who have fought for change.

“If you see the extraordinary gay people who have changed our world and our culture for centuries, you will feel less alone,” he said. “LGBTQ history is not taught in schools. Part of it is history and part is culture, art and literature, to get stories about our community and learn how to be a LGBTQ person. This magical and exciting and diverse community is full of power, creativity and potential, so I really recommend they learn about all the historic figures.

To register for the Jewish Center of the Hamptons Zoom discussion on “Gay Like Me: A Father Writes to His Son” with authors Richie Jackson and Steven Gaines, visit jcoh.org/gaylikeme. The event will be held Thursday, September 24, at 5 p.m.