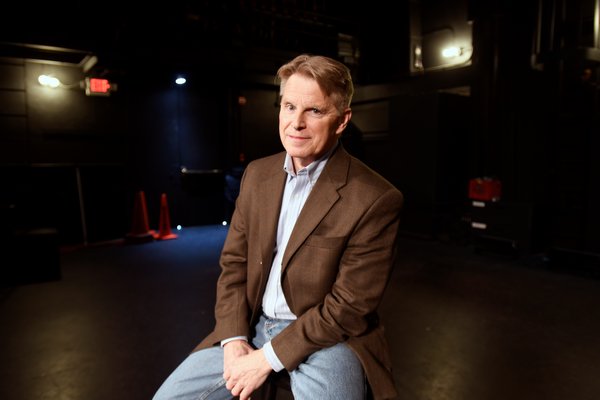 It was a Saturday night in July—peak season—and comedian Kathleen Madigan was scheduled to go on at eight. It was also the first performance with Gram Slaton officially at the helm as Westhampton Beach Performing Arts Center’s new executive director. And so, he figured, an introduction was in order.

Per usual, the bar closed 15 minutes before the show began, prompting patrons to shuttle into the auditorium—at least the ones who arrived in time for a beer or glass of wine. In that 15-minute interim, Mr. Slaton hopped on stage as an impromptu opening act and addressed the crowd in the 425-seat theater.

“Hey, I’m the new guy,” he recalled saying. “And first thing I’m going to change is the bar.” No more early last calls. In the future, the bar would stay open past showtime.

“They gave me a standing ovation!” he reminisced.

That executive order is just the first example of changes during the Slaton-era at WHBPAC: a “looser” atmosphere that attempts to usher in a new, younger generation of theater-goers who will sustain WHBPAC for decades to come.

The undertaking is a lofty one. WHBPAC is a relatively small theater with an exceptionally short peak season of around 90 days. Stage time is split between performative and educational programs. And it is particularly expensive to run a nonprofit in New York; salaries are high, rent is high, utilities are high. Appealing to younger audiences would mean cutting ticket prices—Mr. Slaton cites high ticket prices as the biggest complaint from patrons—for an institution that already relies heavily on fundraising to make ends meet.

Right now, Mr. Slaton, who took the reins on July 16 of last year, is drafting a five-year strategic plan that will overhaul the current operating model. WHBPAC turned 20 in 2018 and its silver anniversary would serve as a sentimental benchmark that large projects could be attached to, Mr. Slaton said.

Chiefly among those projects would be a bolstered educational program. Currently, WHBPAC hosts arts camps in July and August that utilize the stage Monday through Friday. Mr. Slaton wants the educational program to have its own dedicated building.

“He has a bold vision for the PAC, and education is at the center of that future,” Julienne Penza-Boone, WHBPAC’s director of arts education, said in an email.

“Let’s say you’ve got a semester where middle school students are studying Jack London,” Mr. Slaton theorized. “Wouldn’t it be great to do a one-hour production of a Jack London story instead of what’s available on this a la carte menu of things touring this year?”

The other area of focus in the proposal is ticket pricing. Mr. Slaton would like to bolster the relatively sluggish off-peak months by catering more toward year-round locals. In order to do so, he would like to trend toward more manageably priced talent.

His operating plan calls for “presenting things that are at a price point that people can come out and have a great evening and not have to deal with those kind of prices that we have in the summer—because the level of entertainment is not trying to be that kind of top-shelf marquee brand.”

“I see these kind of roving gangs of kids at night. There’s nothing for them to do,” Mr. Slaton said. “How do we make it not a stuffy experience for them? We’re never going to be the club, but we are a great listening room for bands that you do want to see. We know how to take care of our traditional audience. I want to be able to bring in a younger audience—those people in their 30s and 40s who aren’t coming. But getting that 25 and younger segment has got to be a real passion for us right now.”

For Mr. Slaton, attracting youth is vital. The core clientele of the past two decades is beginning to age out, he said. Decisions like loosening the alcohol policy signal a transition to a more relaxed, contemporary culture, one Mr. Slaton deems necessary for WHBPAC’s long-term survival.

“If you’re doing something like Gregg Allman, those people don’t want to just sit and politely listen. It’s not a classical music concert. They want to party and you’re providing a party,” he said. “You always have to be looking for the generation behind the one that you’re currently serving, or you’re programming yourself into oblivion.”

That is not to diminish what came before. Mr. Slaton believes executive directors have a lifespan of eight to 10 years, regardless of the person, before a performing arts center gets stale. It is that impulse that brings Mr. Slaton to Westhampton Beach in the first place. He began his programming career in Albany in 1990 at the Empire State Performing Arts Center, then run by his brother-in-law, for what he thought would be a temporary gig before he made it big as a playwright. That dream was never realized, but Mr. Slaton showed a knack for the programming side of the arts. The whole of the Empire State Performing Arts Center staff was soon turned over by a new incoming administration, par for the course in politically drenched Albany. Mr. Slaton landed his first executive director position at an arts center in Williamsport, Pennsylvania.

Since then, he worked most notably for nine years as executive director of the 500-seat Wheeler Opera House in Aspen, where he produced three festivals—RooftopComedy, MountainSummit, and Mountainfilm—oversaw $8 million of renovation and befriended the likes of John Oates and David Brenner. His most recent stint was two years at the 1,000-seat Grand Opera House in Macon, Georgia, where he kickstarted preservation plans of the auditorium’s second balcony, a 1904 relic of Jim Crow America that was to be gutted for more seating. But construction would not begin until 2024 at the earliest and Slaton was looking for an immediate undertaking. “That’s Buck Rogers years,” he joked.

Then he found the WHBPAC opening. He liked living in the North and had high praise for the quality of staff. New York City’s talent pool is just a car ride away. Being four blocks from the beach didn’t hurt the cause. And so he jumped on the opportunity.

“My life in this business has always been: I wake up in the morning, I say, ‘I wonder what is going to happen today?’ and then something happens,” he said. “That’s the beauty part of our business. You can’t stick your foot in the same river twice. It just is always changing. So, if you try to keep it stag, you’re going to be sorely disappointed.”