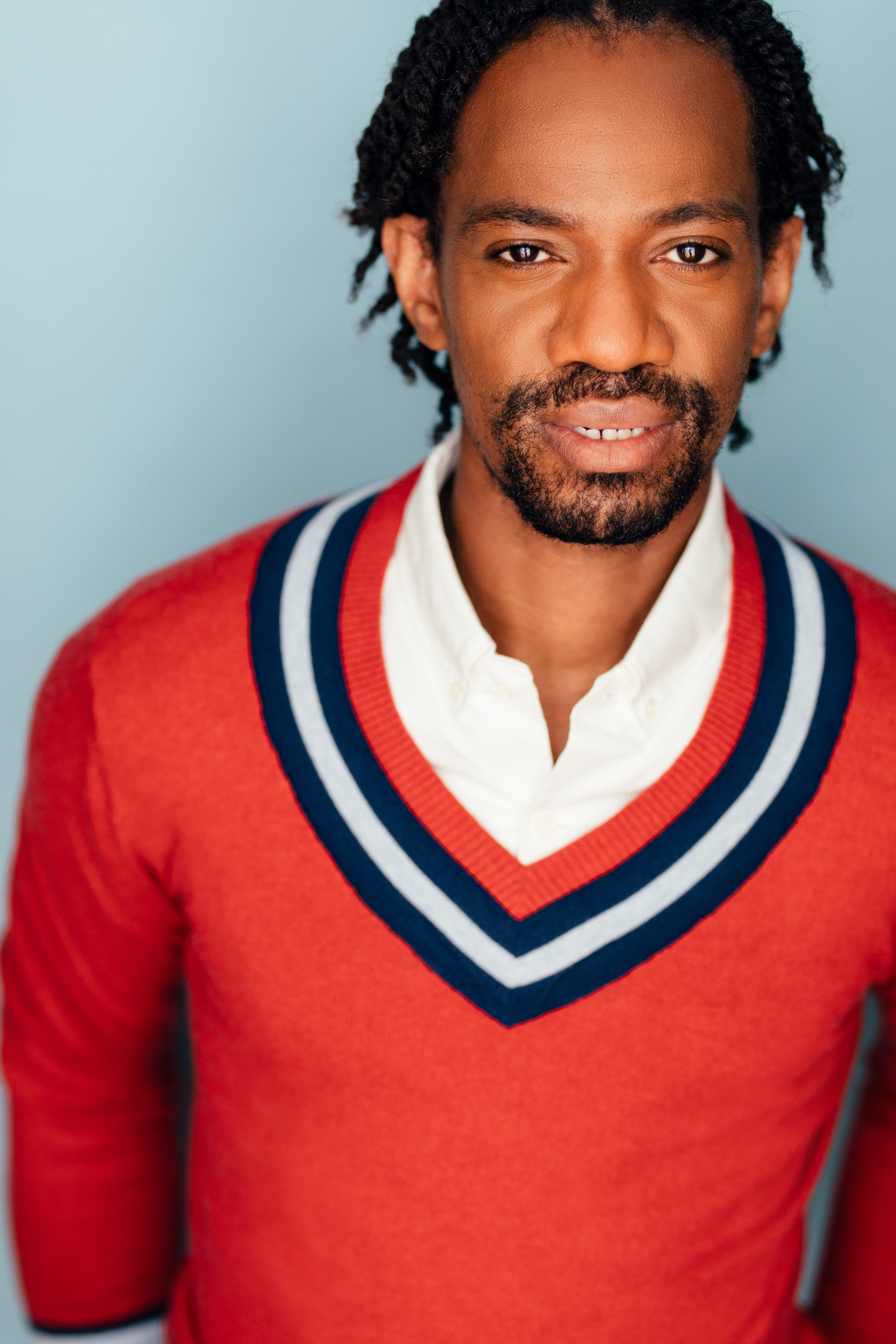 Reggie D. White has adapted and is directing the script for "In Case You Hadn't Heard" premiering at Bay Street Theater. 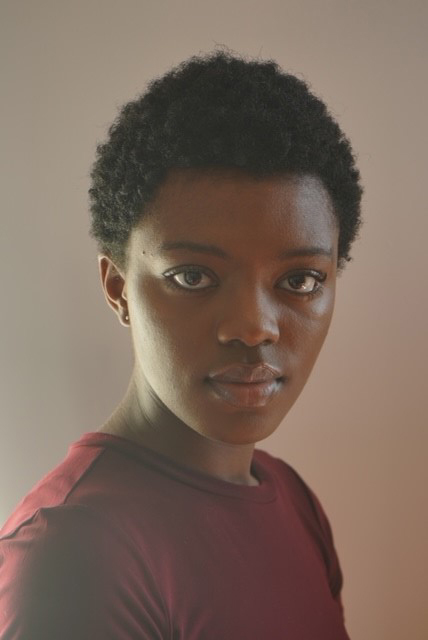 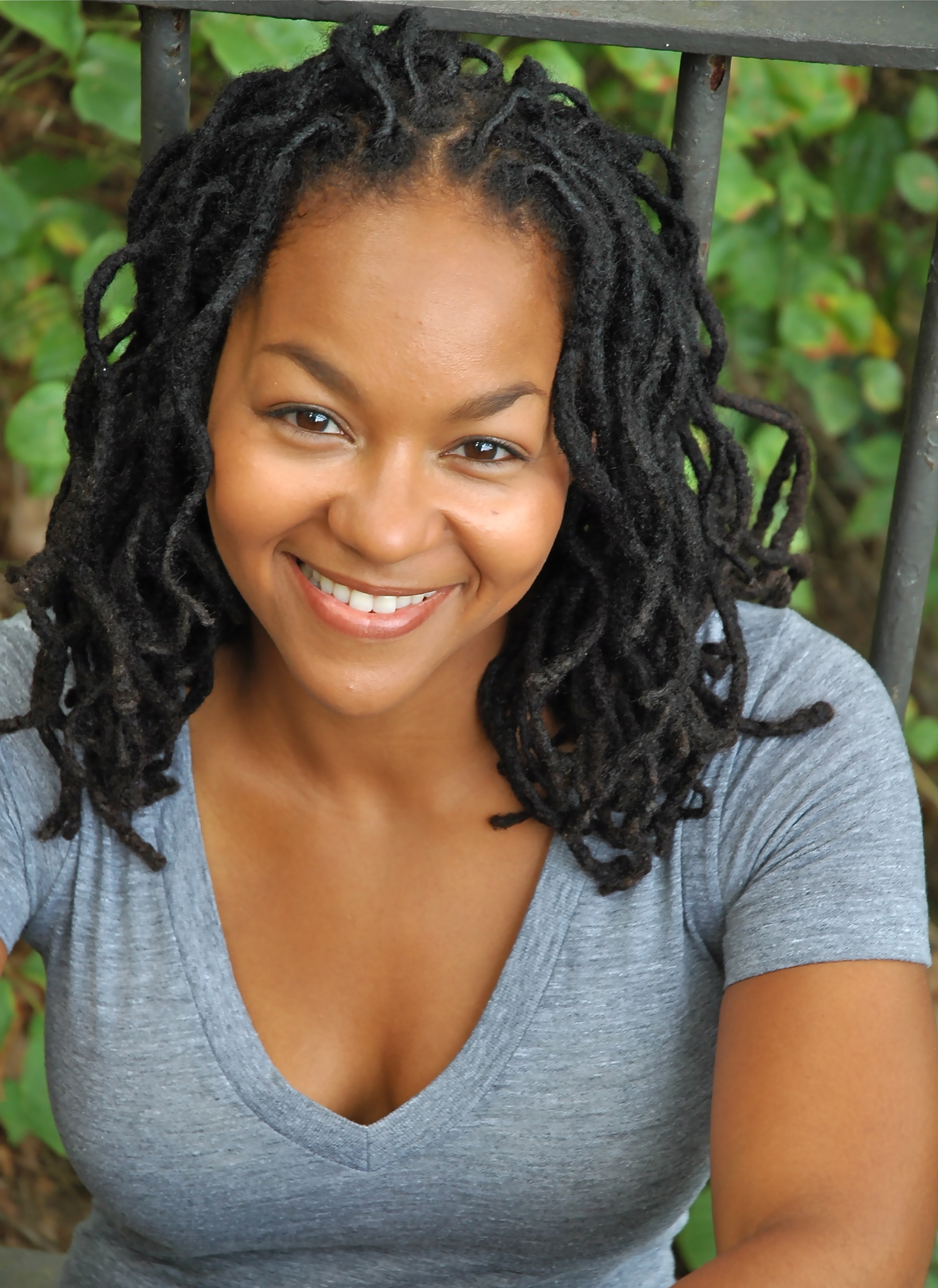 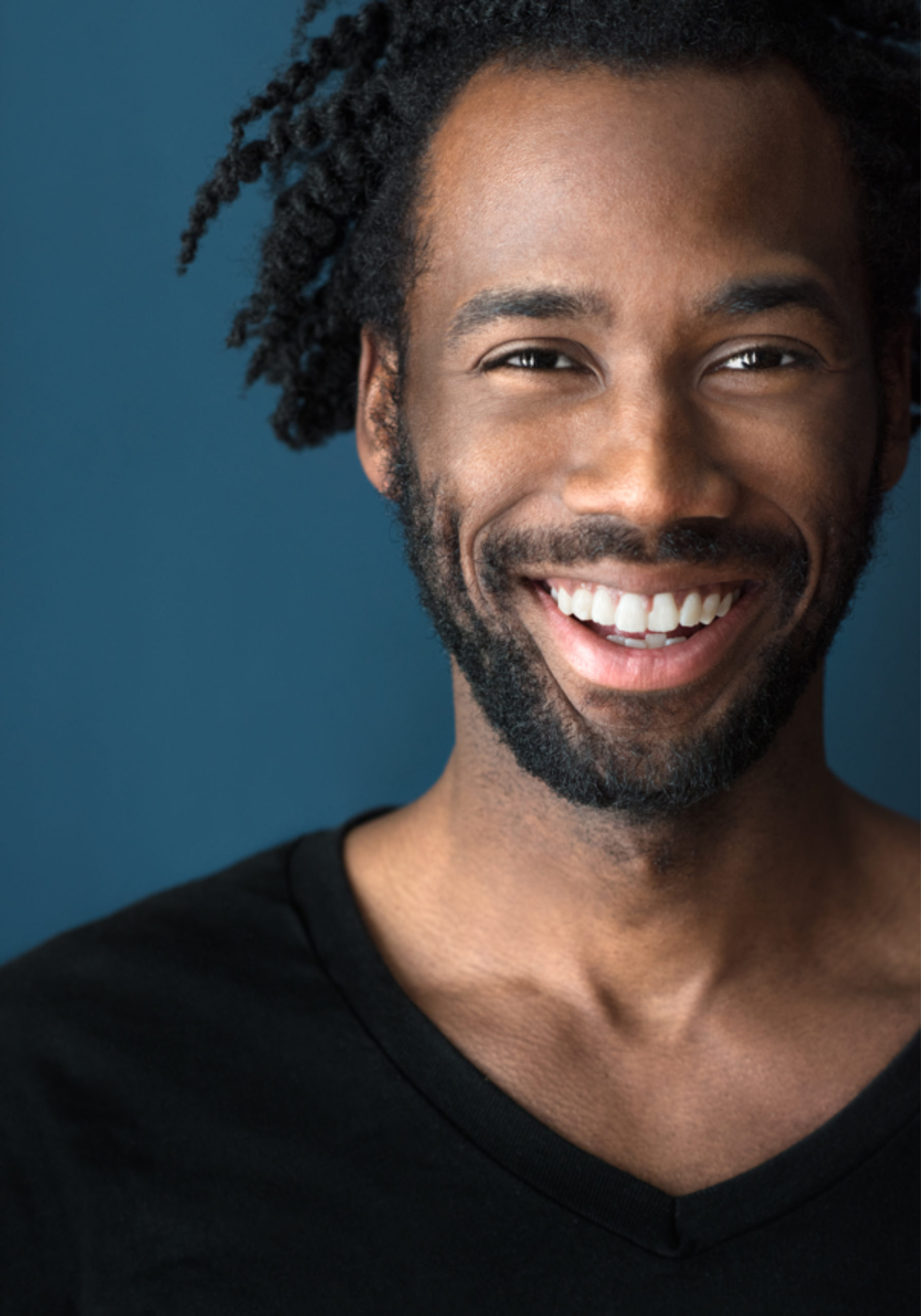 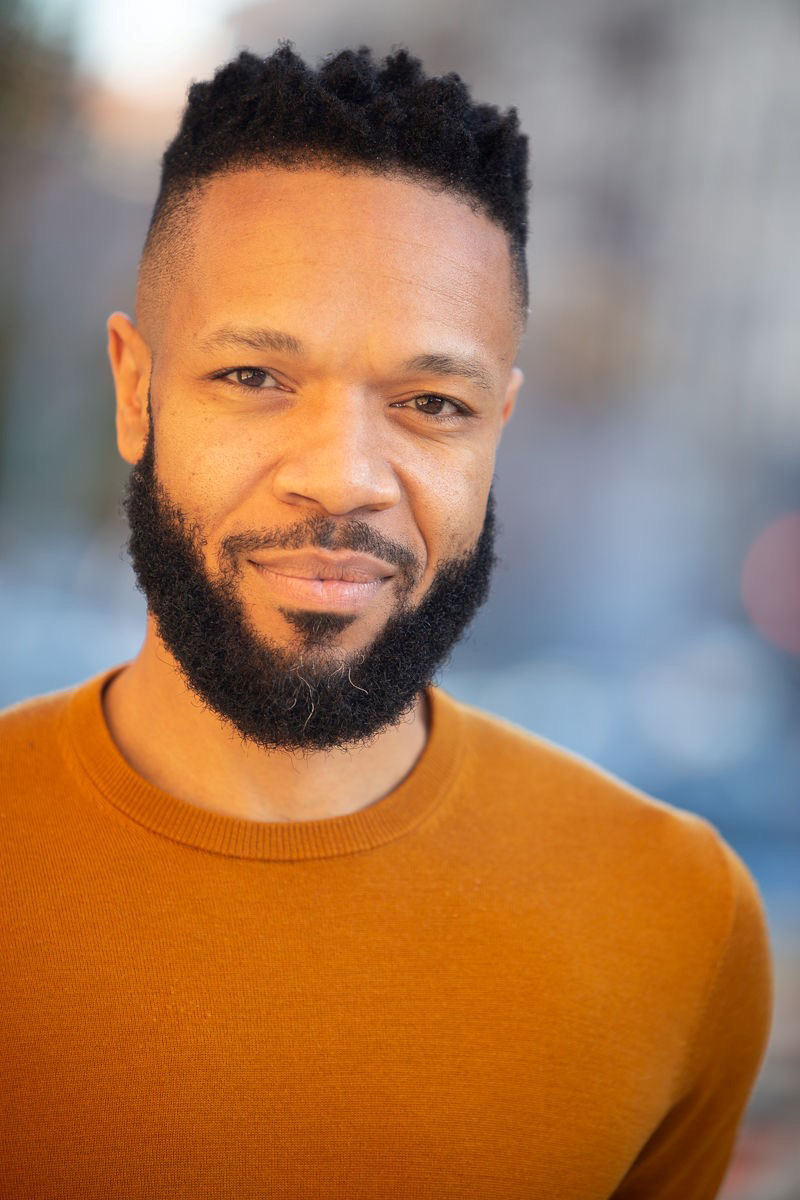 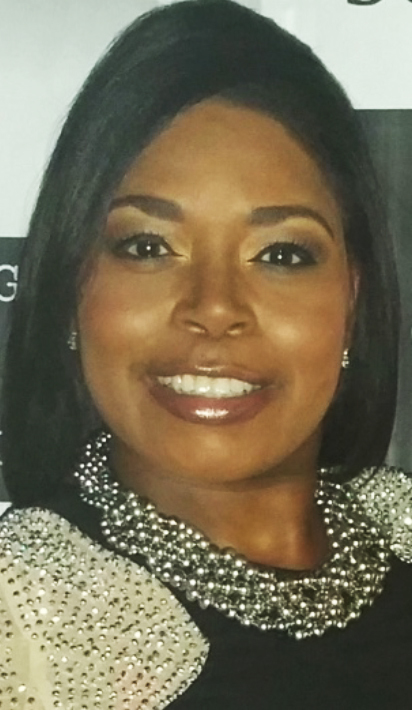 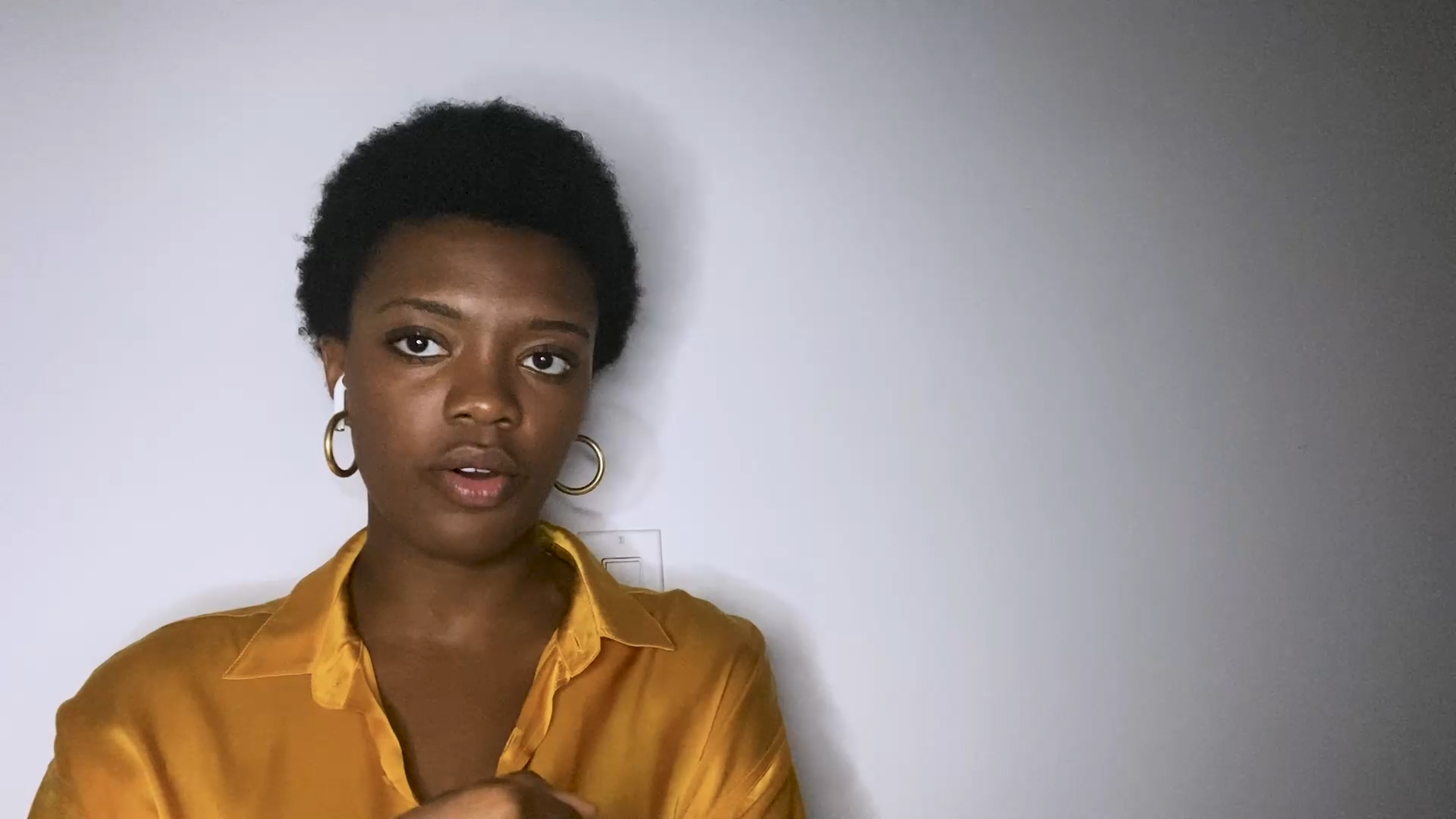 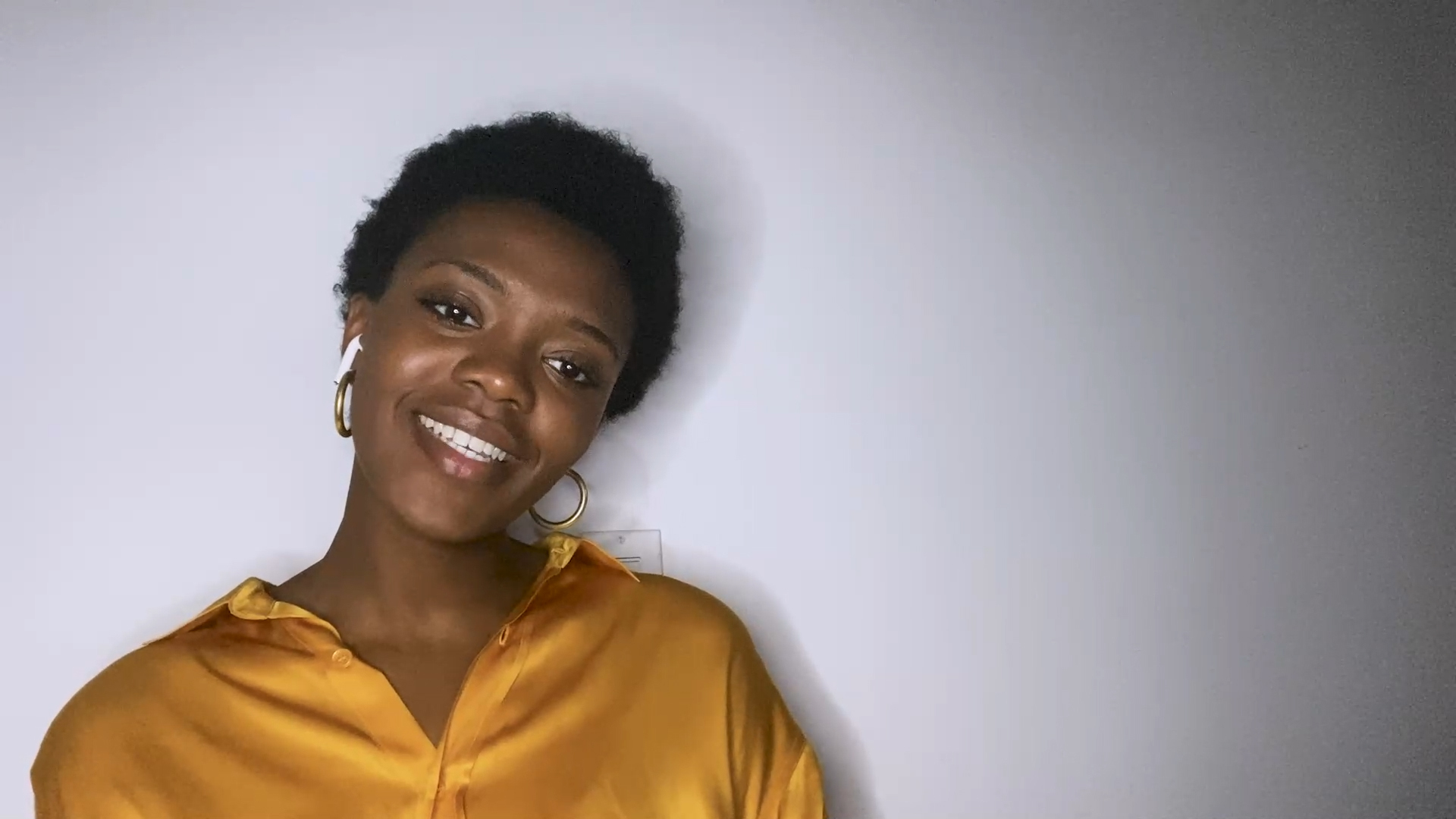 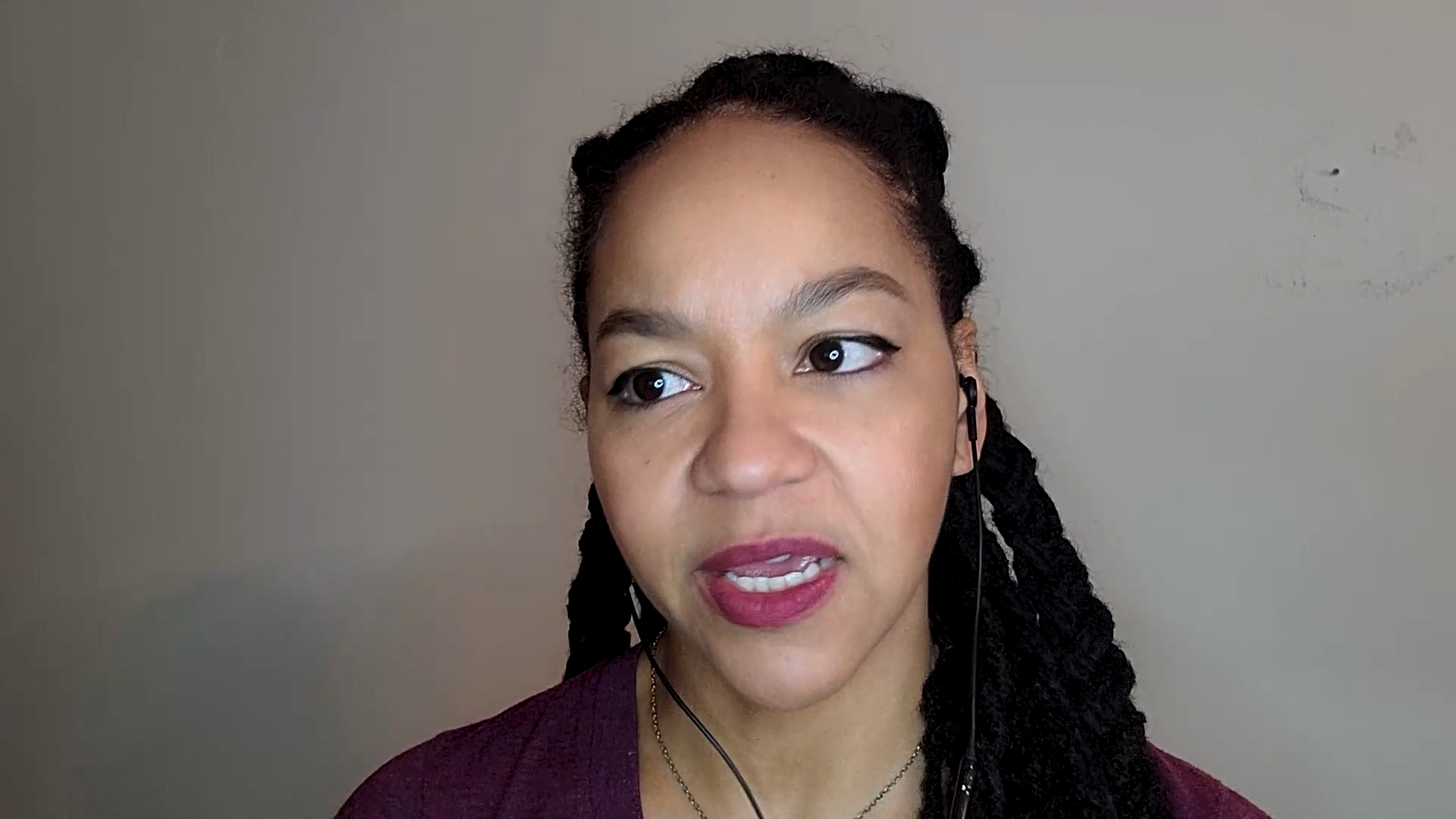 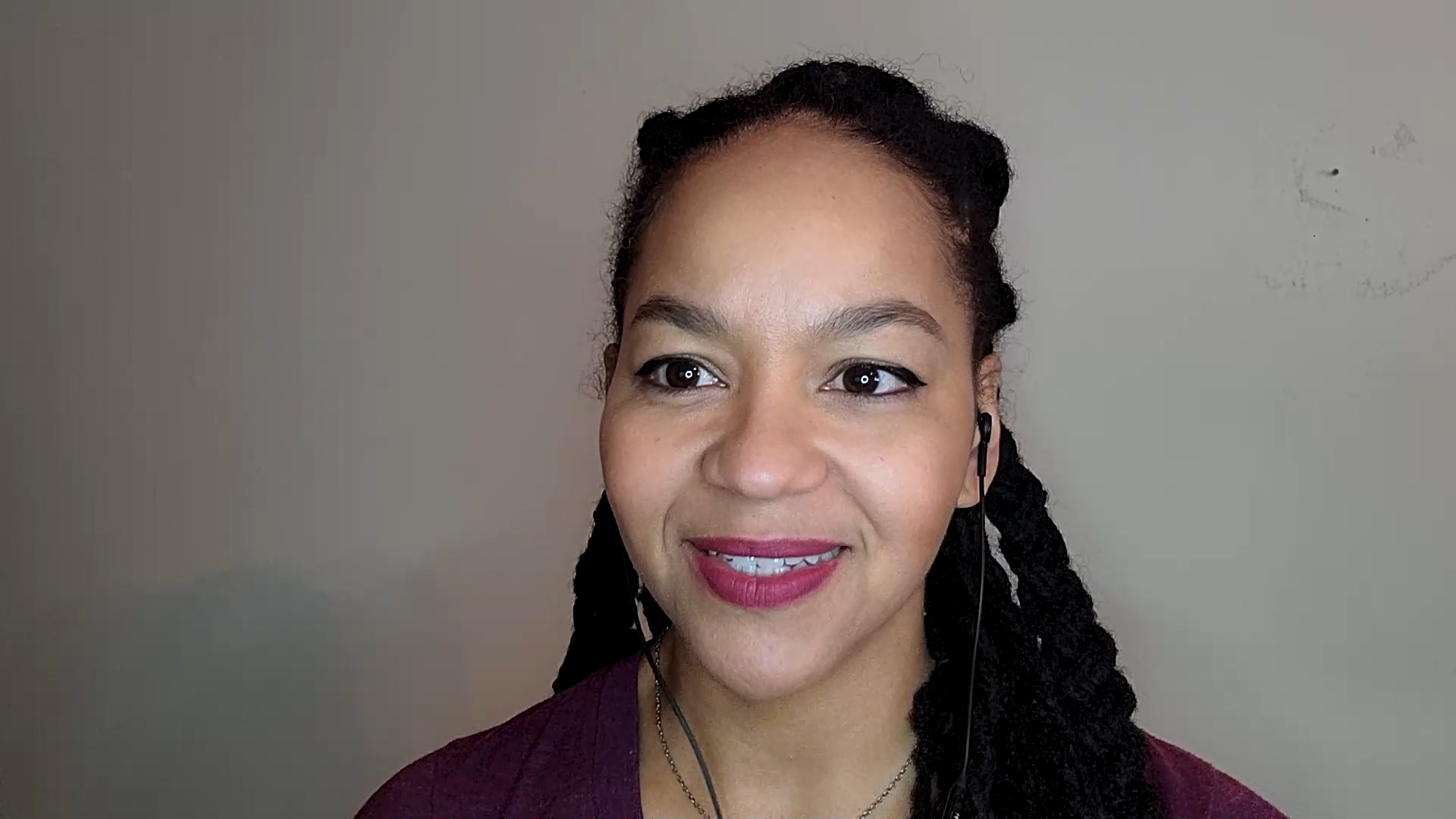 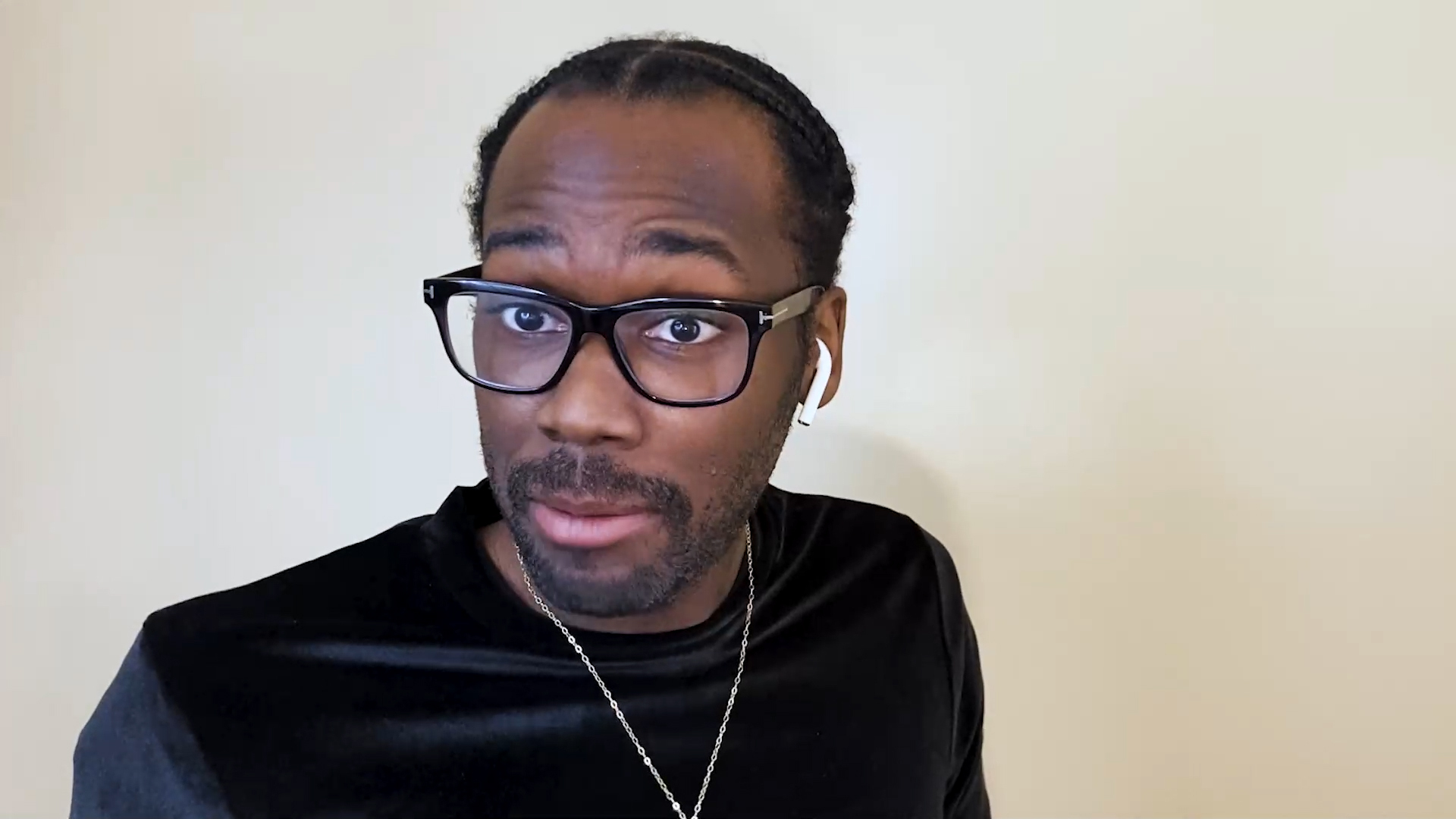 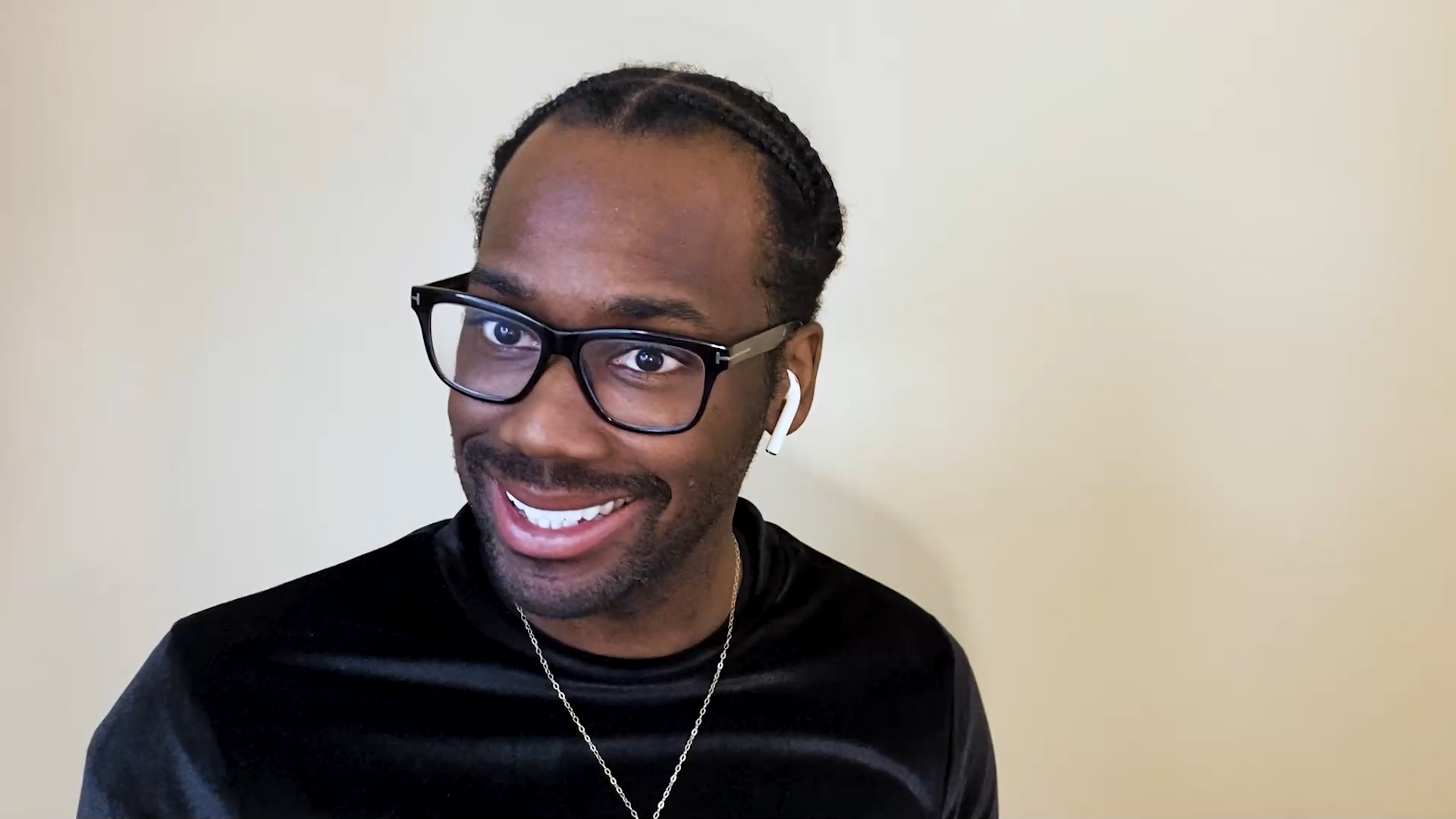 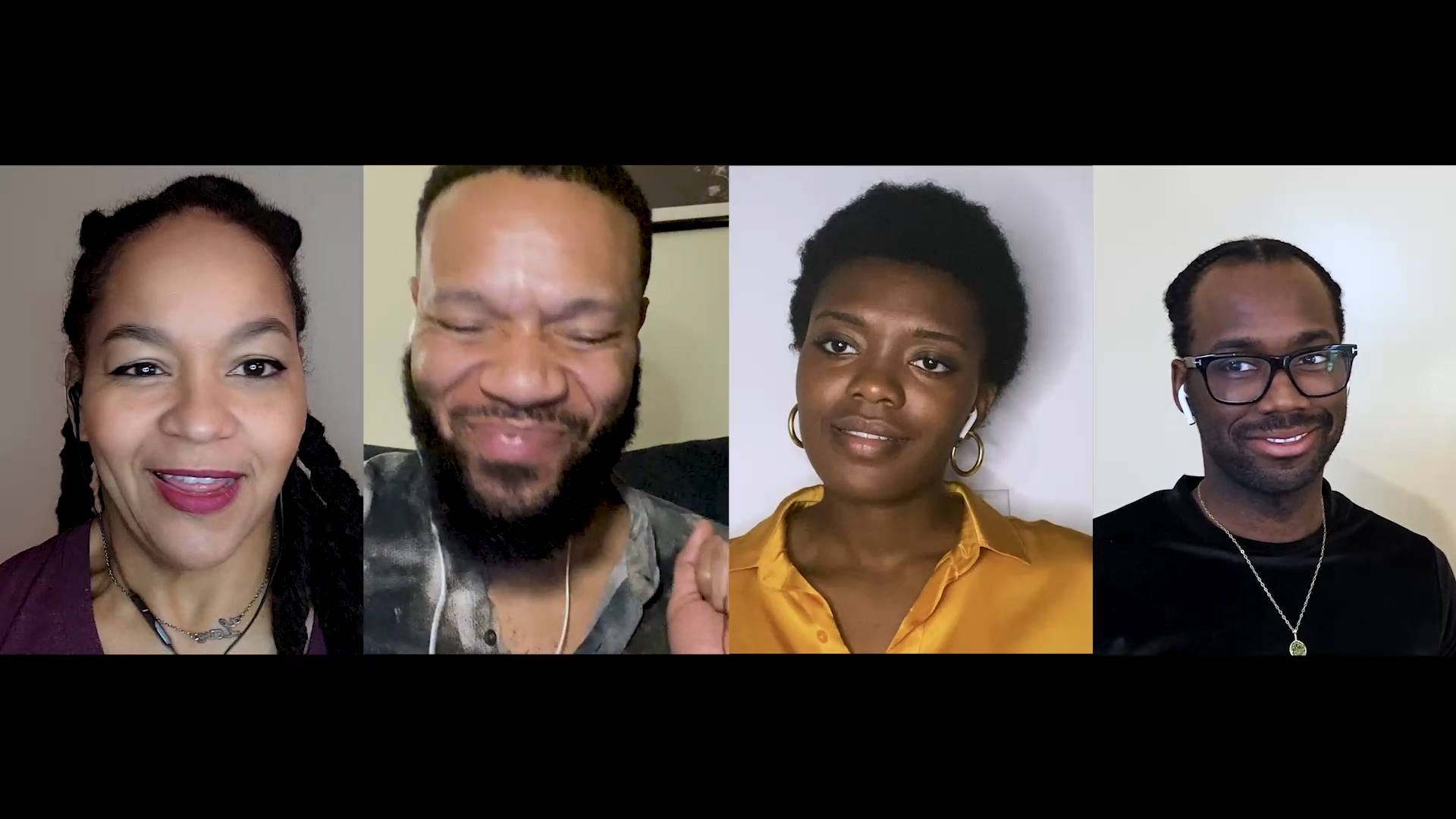 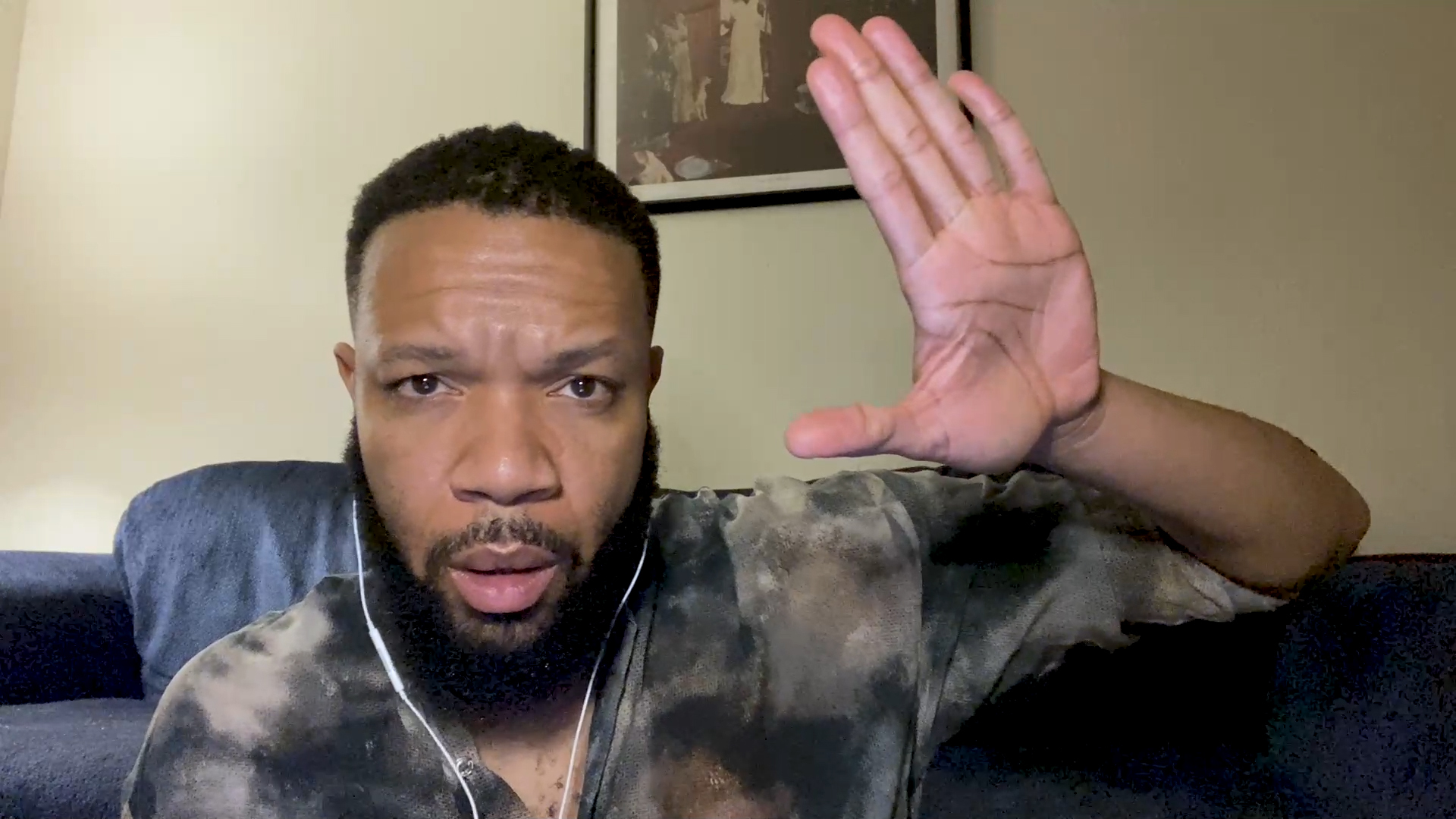 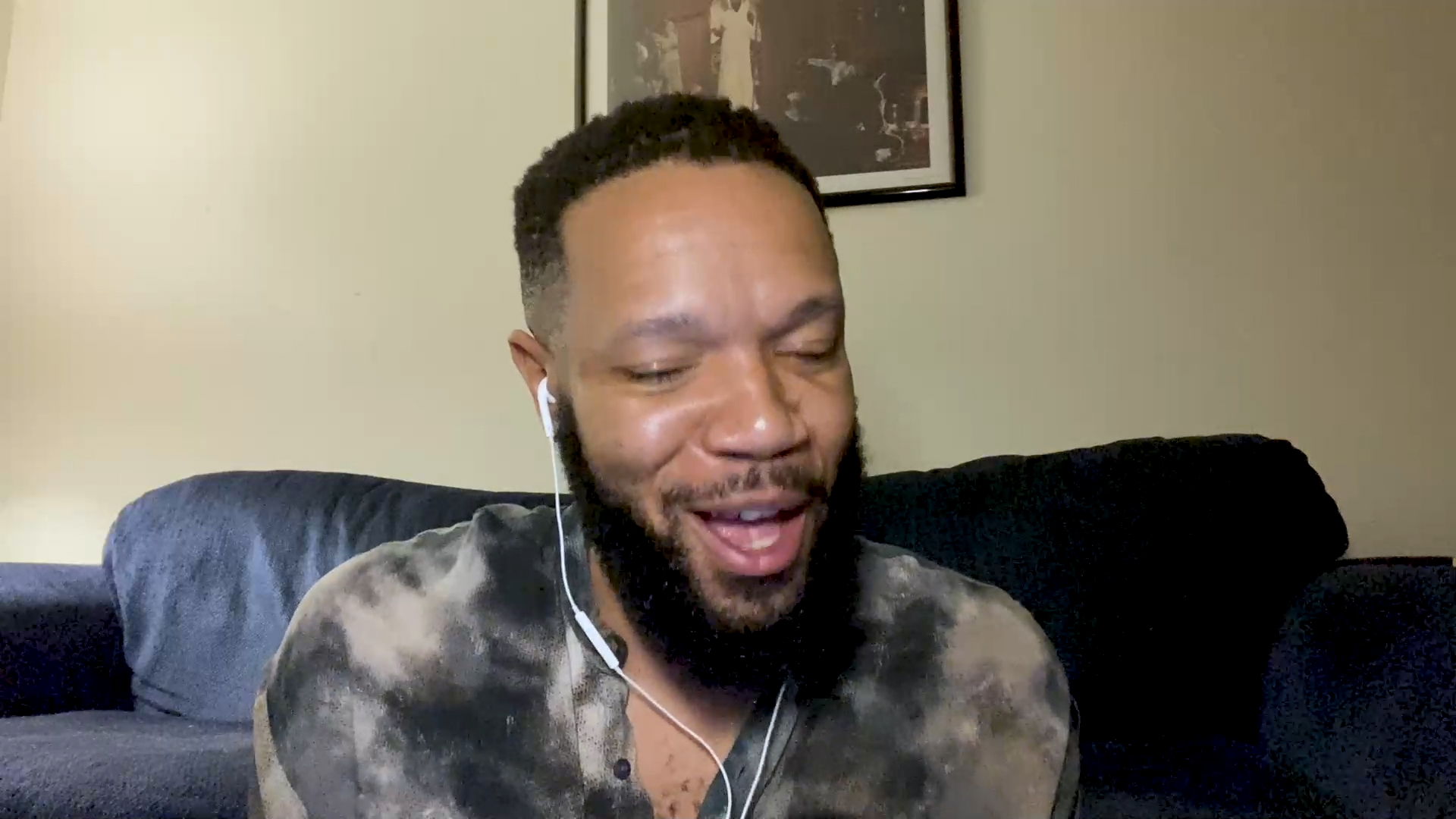 Reggie D. White has adapted and is directing the script for "In Case You Hadn't Heard" premiering at Bay Street Theater. COURTESY BAY STREET THEATER

As an art form, theater’s mission has historically been to shine a light on real-world issues and conflicts facing the wider population.

But when it comes to addressing the true-to-life concerns and realities facing minority populations, how good a job does theater do? Issues surrounding race relations in this country have certainly been the subject of past theatrical productions. But exactly who are these productions geared toward? Could the industry, as a whole, do better?

A lot of people think it could.

This week, Bay Street Theater will take a step to do just that when it presents “In Case You Hadn’t Heard: A Conversation Between America’s Past and Its Promise.” The world-premiere theatrical production uses the actual words of more than 20 African American activists and thought leaders, both past and present, to advance the discussion of issues surrounding race in this country.

Adapted and directed by Reggie D. White, who has worked at Bay Street in the past in his capacity as an actor, the virtual production premieres Monday, February 22, at 8 p.m. and stars Darryl Gene Daughtry Jr, Crystal Dickinson, Jason Veasey and Clarissa Vickerie. The evening will include a talkback between White and the actors, led by Dr. Georgette Grier-Key of the Eastville Community Historical Society.

When asked in a phone interview how the production came about, Bay Street’s artistic director Scott Schwartz explained.

“Over the summer, with the killing of George Floyd and the protests, we felt we wanted to participate in the conversation and dialogue about race in America today,” said Schwartz, who, along with Will Pomerantz, the theater’s associate artistic director, envisioned the creation of an original piece in response to the Black Lives Matter movement. “It took us time to find the right artist. We talked to Reggie about his idea to do a piece responding to our times using words from well-known activists and protesters, and he ran with it.

“It’s completely original and was commissioned by us,” he added.

From a speech by Frederick Douglass in 1852 to commemorate the signing of the Declaration of Independence, to a few choice words delivered by 21-year-old activist Keiajah Brooks last fall during a public meeting of the Kansas City Board of Police Commissioners, the sentiments and insights shared by the 20-plus influential Black Americans in the piece offer a complex, yet frank, look at the issue of race.

“What Reggie did was make it a conversation between four people,” Schwartz said. “It feels like you’re a fly on the wall overhearing this very frank conversation one wouldn’t normally be privy to.”

Schwartz notes that while issues surrounding race in America have been with us for more than 300 years, he finds White’s piece to be revelatory in that it takes audiences to a new level of awareness.

“I’ve learned so much,” he confessed. “What’s been fascinating for me, as a white man who considers himself liberal and anti-racist, the perspectives that these four people share, some of it still felt so new to me and disturbing in some ways, but hopeful in others.

“There are sections in the piece about income inequality, anti-Black racism, the prison system — but it all flows together,” he added. “I have friends of all races, but listening to four African Americans talk in a frank way about the challenges they face, it feels like a privilege … It’s tackling race and Blackness in America in a very frank way — and some of it’s tough to hear.”

The frankness of the piece is exactly what White was aiming for with its creation. When asked by phone if “In Case You Hadn’t Heard” was, indeed, inspired by the Black Lives Matter movement of last summer, White responded by saying, “Yes and no.”

“This project has been stewing for hundreds of years and is a response to calls for change since 1619,” he said. “This summer, being stuck in our homes and thinking and examining and reexamining things made this movement unavoidable. What’s shocking is the list of names evoked over the course of the piece shows this is not a newcomer conversation at all. Yes, it was triggered by [the killings of] Breonna Taylor and George Floyd, but it highlights needs that have existed in our culture for a long time.”

Among those needs, he notes, are those presented in a document released last July by a coalition of theatrical professionals known collectively as “We See You, White American Theatre.” Written in the wake of the summer protests, “BIPOC Demands For White American Theatre” is a 29-page document outlining steps to achieve racial parity in theater. White notes that this production at Bay Street represents a move in that direction.

“Scott and Will are responding to the moment,” said White. “We want to make art to talk about what needs to happen in our industry and our world.”

When asked to explain how “In Case You Hadn’t Heard” addresses race in a way that earlier theatrical productions have not, White points to the fact that most plays, even those focused on African American issues, are not, in fact, written with Black audiences in mind.

“The convention of this piece is four people in a chorus of our Black American legacy,” he said. “We’re having a four-way internal conversation with the audience as eavesdroppers. We don’t need to dilute the potency of their ideology or thoughts for the sake of someone else’s comfort — that’s not something I’ve seen a lot.

Though White’s theatrical experience is primarily as an actor and he has written for the stage, this is the first time he’s created a piece by adapting the words of others and he admits he feels the weight of the responsibility.

“When using the words of forbearers who have dedicated their lives to the cause of racial justice, there’s a concern that you want to do them justice,” White said. “I feel a lot of pressure. Some people whose words I’m invoking are personal heroes of mine.”

Among those whose voices are in the piece are James Baldwin, Fannie Lou Hamer, Lorraine Hansberry, Dick Gregory, Angela Davis, Barack Obama, Khalid Abdul Muhammad and Malcolm X, to name a few. While the names of other activists represented in the production may not be as familiar, for White, most of them were an integral part of his upbringing on the West Coast.

“I credit my parents,” he said. “My uncle went to Hastings in San Francisco, the same law school where Kamala Harris went. I know about Bobby Seale and Angela Davis and the Panthers. A lot of these words were part of my history growing up.

“Some of the newer thinkers, I was discovering as I was working on the project,” he added. “I was struck by drawing a direct line back to what they were saying in 1990 or 1970, and what people had been saying in other ways and contexts for centuries. That was one of the things most gratifying to discover — how much similarity and singularity of thought there has been at various moments in history with calls for racial justice.

“The same thing Frederick Douglass was asking for in 1852, the mayor of San Francisco was asking for in 2020,” he said. “I think, ‘Oh God, people have really been banging this drum for centuries.’ But it’s also deeply inspiring. There’s a long history of people giving their lives and sacred honor to a cause. Sojourner Truth died before women got the right to vote. A slavery abolitionist couldn’t have imagined an Obama or a Harris or a Dr. King. Their labor was not in vain. That’s what’s exciting — to track the line of thought throughout history and elevate it in 45 minutes.”

White explains that ultimately, he wanted to create a piece that responds to the exhaustion Black people are feeling about this issue of race and work to eliminate what he calls the “defense of plausible deniability.”

“‘I didn’t know, or couldn’t have known’ is not true anymore,” White said. “I think the exhaustion of a lot of Black people is other people denying it’s happening. Because of the advent of social media, they’ve had their eyes open to the calls of this time and people are responding with a desire to be a part of the solution.

“Maybe the police shouldn’t murder people with impunity, or the federal government shouldn’t take part in red lining and robbing populations of an opportunity to accumulate wealth. Every February, we hear the ‘I Have a Dream’ speech or see ‘Good Trouble’ on a sweatshirt and think it’s solved.

“I wanted to lift up speeches and words that are part of our regular conversations about racial justice and equity and highlight the everyday-ness of these words,” he said. “I appreciate that art has always been at the forefront of transformational change. Theater is continuing to honor that legacy and I’m happy Bay Street is taking charge of the moment to say art is always the way to open society’s eyes.”

“In Case You Hadn’t Heard: A Conversation Between America’s Past And Its Promise” will premiere virtually on Monday, February 22, at 8 p.m. Tickets are $10 at baystreet.org.

When the newly refurbished Sag Harbor Cinema opens its doors, presumably sometime this year, and ... by Annette Hinkle

Looking for a little Sunday afternoon music to soothe the soul? On Sunday, February 28, ... 15 Feb 2021 by Staff Writer