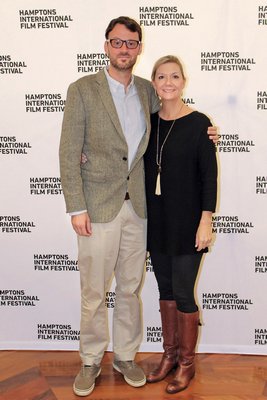 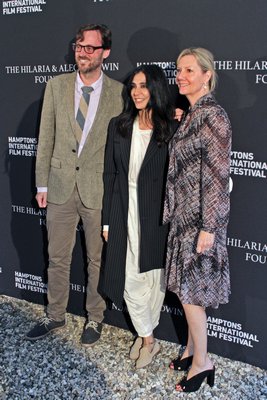 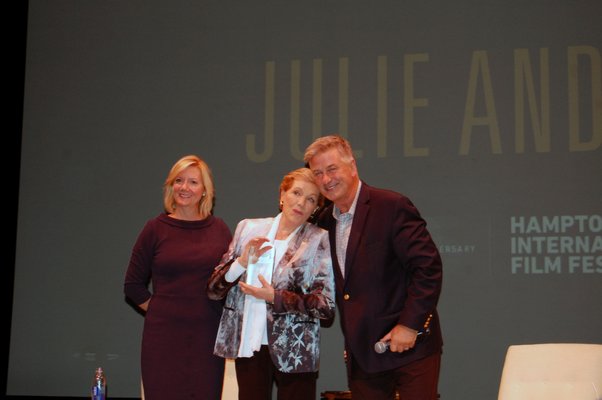 Since 2012, Anne Chaisson has served as the executive director of the Hamptons International Film Festival (HIFF). This year’s festival runs October 10 to 14 in Southampton, East Hampton and Sag Harbor, and recently Chaisson talked about this year’s festival, how the event has evolved since its inaugural year in 1992, and the recent creation of HamptonsFILM, a new parent company for the organization.

Q: Let’s start with HamptonsFILM. What precipitated its creation?

We’ve been doing year-round programming for at least 20 years. But it’s amazing how many people say “Aren’t you here just in October?” The name [Hamptons International Film Festival] belies the one thing we do in October. We felt that adapting this to a different name sets up the organization locally for people to understand we’re here year-round. Those who know us well understand we do other things.

Q: So it really is a reflection of how the festival and organization has grown and expanded over the years.

It’s a trend all around the country for organizations that started with a festival and then found other places to do screenings or labs. We’ve also done educational initiatives since 1992 that bring us into schools and get students excited. We do all of those things and felt it was time to make that step.

For people who went to high school here and volunteered and then went into film or have memories of the festival, it’s also cultural. We’re a part of that legacy and felt it was time to maintain it in a way that people get it.

We moved into a storefront finally and we have that presence on Newtown Lane in East Hampton. This is who we are, this is where we’ve been — we’re here to stay and not going anywhere.

Q: Since the festival’s founding, content streaming has taken over and the way films are distributed and viewed has changed greatly. How has this technology changed the mission of HIFF?

The mission is not so different in terms of bringing in new voices from around the globe so we can introduce audiences to these films and themes. While all things may be available eventually on the internet or a device, not every film has the opportunity to be seen in a theater with an audience where the director is present to speak about the work they do.

You won’t get the experience of seeing the director, the crew or the actors anywhere else. It’s exciting when the people who make the film are there and you learn in person what it took to get the film made.

This is also a platform for distributors and filmmakers. But it’s not just for the filmmakers and the artists, it’s also for us to showcase this area as an arts mecca and bring economic development to our community. We want to continue to do that all year.

Q: In terms of curating the festival itself, do you strive to create an overarching theme in your selections from year to year?

There’s not a theme we identify prior. [Artistic director] David [Nugent] and his programming team select what they feel are the best movies of the year. We created our signature programs because we know there are themes that are important to our audience — conflict and resolution, animal rights, the environment — that’s how we identify those kind of themes.

But sometimes, crazily, a theme does emerge. This year, you’re either going to cry from extreme empathy or find yourself white knuckling it because it’s thrilling.

Q: OK, now you have to tell us — what movie do you think is most thrilling in this year’s line up?

Q: Yes! I watched the trailer — it’s about two scientists in the 19th century who set out on an adventure in a hot air balloon.

It’s supposed to be based on a true story — but I’m not sure how accurate it is.

Q: In terms of the submissions each year, how closely do you find real world events or political issues mirroring what you see in the films?

Struggle is often a main dynamic in the arc of any movie. What are these people getting through, getting over, or dealing with? It’s not so different this year. People are struggling to make something happen.

One highlight is “Les Misérables” which everyone might think is a retelling of the Victor Hugo story. But it’s not. It’s a modern day retelling with African immigration and is the French submission for the Academy Award. Those issues are there. There’s also “The Report” which is about CIA interrogation techniques and “Scandalous” about the National Enquirer. The impetus is in what we’re dealing with but also the issues we’re facing, whether it’s guns, exoneration from unlawful incarceration, same sex issues or the transgender community.

Q: As you look back on previous festivals, what sort of programming had a much larger response or positive reaction than you anticipated?

The free virtual reality offerings we had last year were very popular. We’re doing it again this year at East Hampton Library and will have a new piece by Laurie Anderson called “To the Moon” and another by Roger Ross Williams called “Traveling While Black,” all free to the public.

Q: Can you describe “Traveling While Black?”

It’s based on the movie “The Green Book,” and is about a time when African-Americans couldn’t travel freely in the country. It’s set in a diner called Ben’s Chili Bowl and you get to talk with some of the people who were around during that time.

Q: What else would you like people to know about the festival that they may not realize?

We want to make sure people understand we do provide free experiences. Also, for 97 percent of our films you can get a ticket if you wait in the rush line.

See you at the movies!

The Hamptons International Film Festival runs October 10 to 14. For a complete lineup of films, talks and other events, visit hamptonsfilmfest.org. Tickets may be purchased online or in person at the East Hampton box office, 47 Main Street.