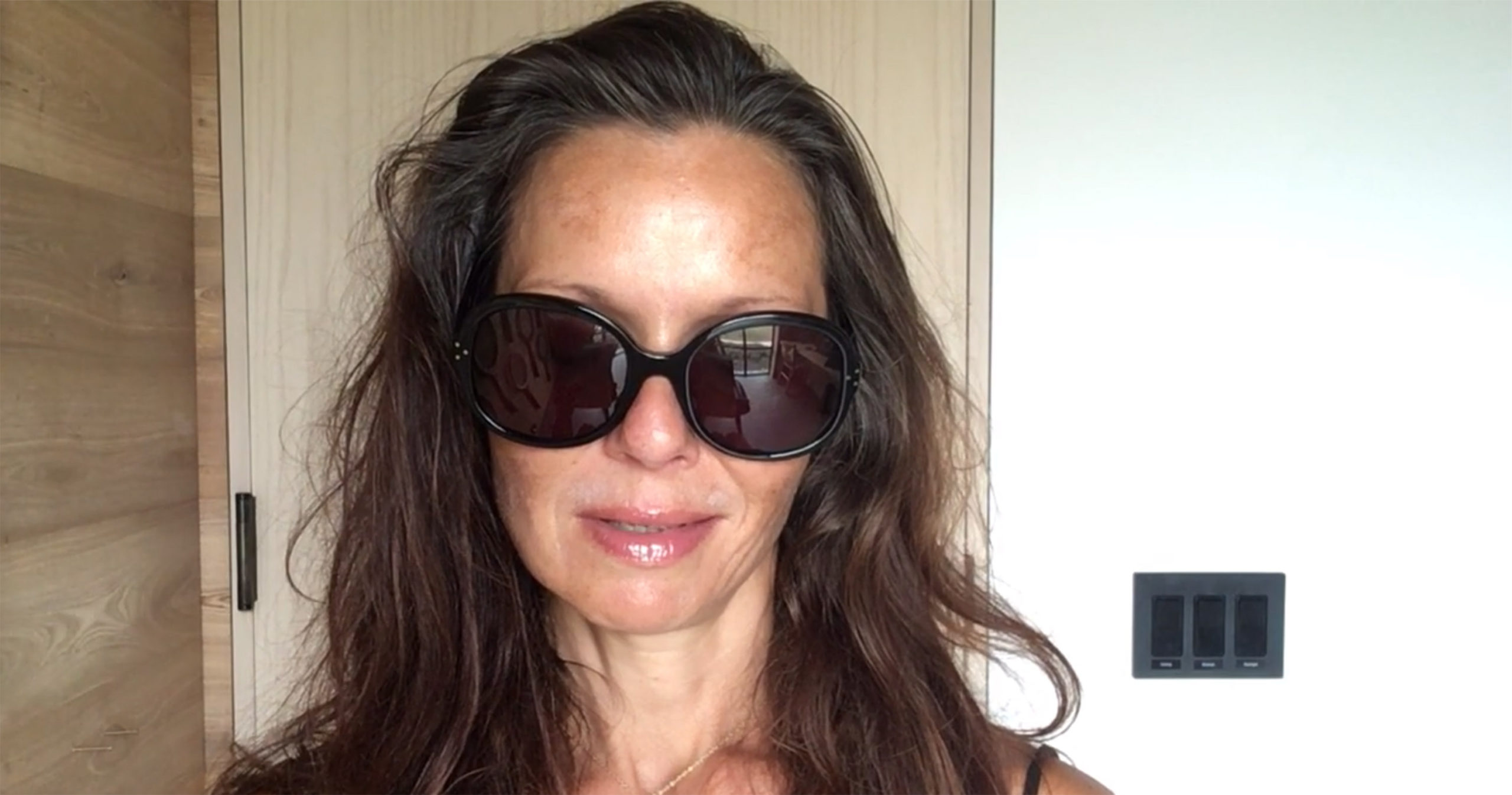 Florencia Lozano recently found herself questioning what she always took for granted: books and articles she read, plays and films she watched, music and stories that moved her — in short, the reality she assumed to be true.

But as the world continues to shift through the COVID-19 pandemic, coupled with attempts to dismantle white supremacy — and, to a certain degree, the patriarchy and the rebirth of the civil rights movement — she is choosing what she consumes in a new light. And with a new, heightened focus on women.

“I think great things will come out of this really challenging time for us,” she said. “We have been listening to stories that have been white and male for so long that we’ve believed that those stories tell our history and tell the truth about our reality when they don’t necessarily do that. It’s really time for women to step up and claim that space.”

Lozano felt and answered that particular call when the actor — known for her roles on “As The World Turns” and, most recently, “Narcos” — sat down in front of her computer to perform “The Funeral,” a monologue by Indian-American playwright Dipti Bramhandkar from the perspective of a mistress on the morning of her lover’s funeral, to which she was not invited.

From her friend’s home in East Marion, Lozano not only delivered a nuanced portrayal of “the other woman,” but also redefined what it means to perform theater during these unprecedented times, according to Bramhandkar.

“People who are like, ‘I’m just waiting for analog theater to turn back on,’ I’m like, ‘Well, you can, or you can participate in creating something new that may be ephemeral and go away, or it may actually stick around,’” she said. “I love the fact that there’s somebody in a small isolated place, wherever they live, they’ve never had access to the arts and they can sign on and see these amazing people do incredible things live, right in their living room. To me, that’s the hope, that you can reach who may not have had access before.”

“The Funeral,” along with “The Brown Girl’s Guide to Self Pleasure” — performed by Laura Gomez of “Orange is the New Black” — are in the line-up of the Neo-Political Cowgirls’ upcoming virtual showcase, “Andromeda’s Sisters,” on Friday night, featuring additional monologues written by Joy Behar, Lynn Grossman, Lucy Boyle and Tanya Everett, performed by powerhouse actors, including Blythe Danner, Catherine Curtin, Welker White, and Kathryn Grody.

“I truly believe it’s women who are gonna save the world,” said Kate Mueth, founder and artistic director of the Neo-Political Cowgirls. “And if we’re gonna do it, we have to keep stepping up and we have to keep knocking down these stupid walls that are put up.”

Roberta Kaplan, lead counsel on the landmark white supremacy case, Sines v. Kessler, will join part two of “Andromeda’s Sisters,” a virtual forum on September 3 with a focus on advocacy. Moderated by journalist Dahlia Lithwick, the conversation will also include Integrity First For America’s Amy Spitalnick and an introduction by Rick Salomon, vice president and executive committee member of the Illinois Holocaust Museum & Education Center.

During the second part of the evening, Kerry Kennedy will speak about the work of the Robert F. Kennedy Human Rights organization, followed by celebrity readings from her book, “Speak Truth To Power.”

“And yes, it’s exhausting, and every day we look at this and say, ‘Why are we doing this?’ but we have to keep taking those steps forward, and how do we help each other do that?” she continued. “That’s really so much about what ‘Andromeda’s Sisters’ is: helping each other stay upright and keep moving forward, courageously and in support of one another, and in creative imagination for problem solving and expanding our horizons and expanding our network.”

Two summers ago, Lozano first crossed paths with Mueth, and it was an instant friendship, she said. She has found another artistic home within the Neo-Political Cowgirls and the company’s mission: to make theater work for and from the perspectives of women and the under-represented in today's society and world.

“Looking at how women’s voices and stories have not been honored, have not been told, have not been centered, Kate is creating a space where we are heard, where our voices are in the center of the discourse — having something that is dedicated to women’s stories and perspective and writing and acting and directing, so that women are creating not only the story, but the way the story is told,” Lozano said.