New Board Leadership Announced For The Parrish Art Museum - 27 East

New Board Leadership Announced For The Parrish Art Museum 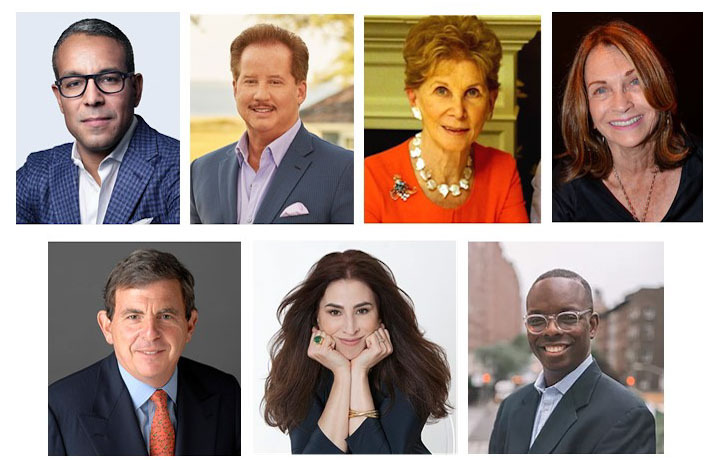 “We are thrilled to take on this position at such a critical moment for arts institutions,” said Seegal and Stanton in a statement. “It is incumbent on us to be responsive to the people we serve, and as the Parrish continues to honor the rich artistic legacy of the East End, we are dedicated to expanding that legacy to embrace artists from historically underrepresented groups of the region including the Shinnecock Indian Nation, and the LGBTQ, LatinX, and Black communities.”

“All of us have profound ties to the region and the Parrish,” added Cohan and Davis in the statement. “As we embark upon the museum’s 125th anniversary and the 10th year in our iconic building, we are strengthening our commitment to the year-round, local communities, and continue to serve our members and visitors from around the world. The Parrish Board looks forward to building on the deep dedication and investment of past board leadership and the transformative tenure of recent director, Kelly Taxter. Shortly, we will be commencing a search for the next director of the museum and are committed to welcoming and supporting their vision.”

Sean Cohan, a member of the Parrish board since 2017, is Chief Growth Officer and President, International, at Nielsen (NYSE - NLSN), a global media measurement and data analytics company.

He oversees company strategy, partnerships, corporate development, and all of Nielsen’s international businesses from measurement to metadata. Previously, Cohan served as President, International and Digital Media at A+E Networks, and has also held positions at Primedia, Morgan Stanley, NBC, and A.T. Kearney.

Cohan is a Director on the Board of H&R Block (NYSE - HRB), along with the boards of the Banff World Media Festival, National Association of Television Programming Executives, and AccuWeather. He is also a Treasurer and Board Member at the Opportunity Network and a Committee Vice Chair at UJA of NY. Sean received his B.A. from Harvard in Economics and an M.B.A. from Stanford. He has recently been named one of the “Most Influential Black Corporate Directors” and “Most Influential Black Executives” by Savoy Magazine.

A lifelong Hamptons resident, Tim Davis is recognized for his accomplished, 42-year real estate career listing and selling some of the finest properties on the East End. Regarded as an expert in the marketplace, Davis is a sought-after East End broker who consistently ranks among the top agents in the United States. Prior to his association with Corcoran, Davis was a former principal of the real estate brokerage firm, Allan Schneider Associates, which he and his partners sold to Corcoran Group parent company, NRT, in 2006.

Davis became a trustee of the Parrish Art Museum in 2003, serving as secretary and as a member of the Nominating & Governance Committee and the Capital Campaign Steering Committee before his appointment as co-president in 2022. His wife Susan has served for many years as co-chair of the museum’s annual Spring Fling. He is a trustee of Fighting Chance, a cancer counseling service center serving Eastern Long Island, as well as Have a Heart Community Trust.

Martha McLanahan is currently president of The Lincoln Fund and a former board member of the Children’s Aid Society in New York, and Manhattan Eye, Ear, and Throat Hospital. The hallmark of her 15 years of dedicated service to the Parrish is the guidance and energy she brings to the Landscape Pleasures committee, which she has co-chaired since 2010. A contributor to the Parrish capital campaign, McLanahan is an active Director’s Circle Member and tireless ambassador for the museum, helping to secure philanthropy for programs and the capital campaign.

As a former Trustee of the LearningSpring School in New York City, Perlbinder served for 13 years as a creative member of the Building Committee, shepherding the school’s award-winning new building construction. Currently, Perlbinder serves on the Advisory Board of the Pollock-Krasner House and Study Center in Springs (SUNY Stony Brook) and was until last year vice-chair of the Women’s Leadership Council of Stony Brook University, a mentoring program for outstanding female students selected for their financial need and academic potential. She has been a board member of Planned Parenthood Hudson Peconic and will be honored in 2022.

Perlbinder and her husband Stephen have supported the Parrish since 2003 and later as contributors to the Capital Campaign. Perlbinder joined the Parrish Board in 2015 and since then the couple has contributed to numerous exhibitions as well as underwriting programs including Friday Nights, Parrish Road Show and the Salon Series. Perlbinder graduated from Barnard College with an A.B. in Art history and attended the Columbia University Graduate program.

Fred Seegal is a Vice Chair of Investment Banking at Cowen, responsible for helping expand relationships with a particular focus on the technology, media and telecom, and consumer sectors. Prior to joining Cowen, Seegal served as a senior advisor and vice-chair at PJ Solomon, where he played a key role strengthening its media, entertainment, communications and technology practices. Previously he served as president at Wasserstein Perella.

Seegal joined the Parrish board in 2011, serving as Chair and Chair Emeritus. He is Board Chair of the James Beard Foundation, on the Board of Governors at the San Francisco Symphony and has served on the boards of the American Ballet Theatre and New York City Center. Seegal received his B.A. in Political Science from Cornell University, an M.B.A. from Harvard Business School and an L.L.B. from Harvard Law School.

Alexandra Stanton, CEO of Empire Global Ventures LLC, is an attorney whose corporate focus ranges from developing large multi-nationals to launching start-ups. She has held senior positions in large public enterprises, including the NYC Mayor’s Office of Appointments, the Empire State Development Corporation, and the U.S. Department of Housing and Urban Development in Washington, D.C. During the COVID pandemic, she co-founded Little Lives PPE, a company that manufactures all-American made and medical grade PPE for children and adults.

Stanton joined the Parrish board in 2008, and served as vice president and co-president. In 2013, she was appointed by President Barack Obama to the Board of Trustees of the Kennedy Center and currently serves as Vice President of Doctors of the World, USA. Aside from having served as chair of J Street’s board of directors, she sits on the New York State Tourism Advisory Council. Stanton received her B.A. from Cornell University and her J.D. from Georgetown University Law Center and is a member of the New York Bar.

George Wells is Founder of Wells Group of New York, a boutique management consulting firm focused on startups focused on disrupting industries using technology; and CFO of quip, an oral care startup. He attended Morehouse College and earned an M.B.A. from Stanford. George made headlines in 2020 after promising a $1MM art gift to his undergraduate alma mater, primarily consisting of works by LGBTQ and/or Black artists who focus on identity and race.

Wells serves as a business advisor to Mickalene Thomas, is on the Artists Council and Painting & Sculpture Committee of The Whitney Museum of American Art, and sits on the board of the Anti-Recidivism Coalition and Out in Tech. He joined the board of the Parrish in 2021.