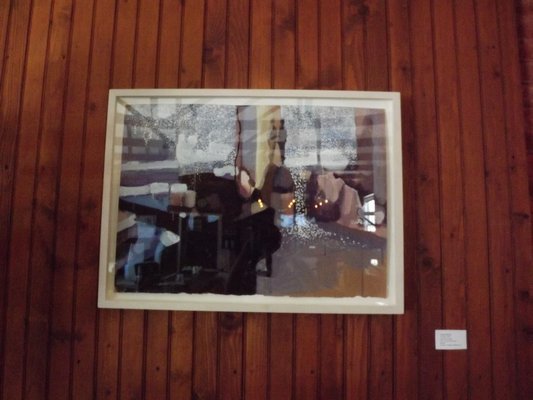 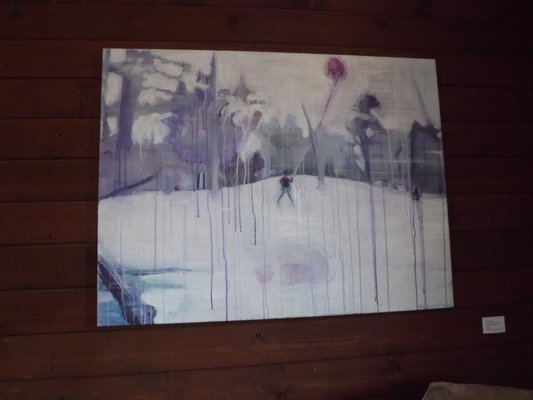 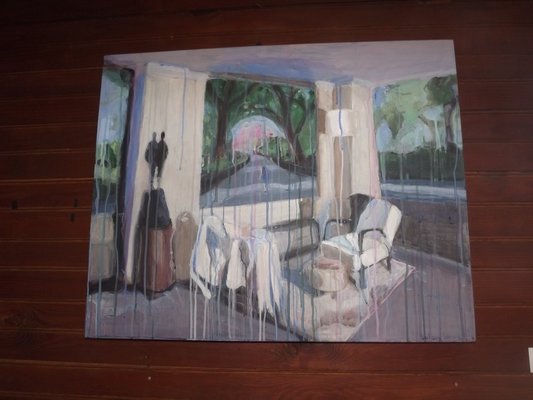 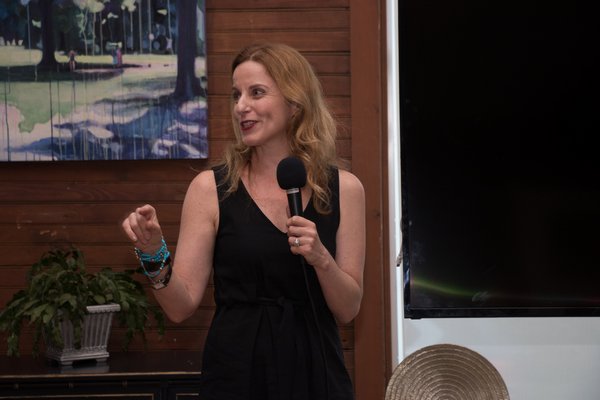 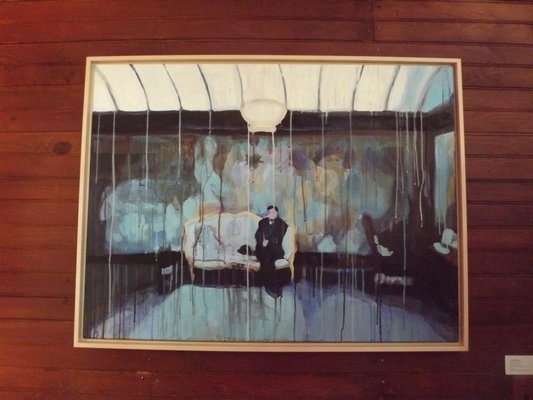 Artist Viviane Silvera didn’t know what “See Memory,” a film composed of a series of paintings about a young woman’s journey through her own memories, would become when she began. The idea slowly crept up on her, piece by piece, just as one recollects a memory while going through old photographs.

Born in Hong Kong and raised there until the age of 10, moving to Brazil, and then finally settling in New York City, Ms. Silvera has quite the unique perspective. A student of both fine art and film, she used both of her talents to create the exhibition now showing through Iron Gate East, a popup gallery and art market, at The Spur in Southampton.

Ms. Silvera began her career as an artist with a series of drawings titled “Close-Ups” in 2000, which showed how the same face can look completely different based on lighting and cropping alone. She took videos of herself as different characters and drew them. “That’s how I began the idea of building a camera-like image all by hand, and sort of showing the hand of the artist,” she said.

“Borrowed Memories,” a later painting series based on memories from other people’s childhoods in Hong Kong in the 1970s, was her first move toward the type of idea that would eventually create “See Memory.” Ms. Silvera said it was frustrating that she couldn’t put most of her memories from her childhood in Hong Kong into words, and she found herself so immersed in the memories of others that she ended up taking them and putting them where hers were missing. “I literally borrowed other people’s snapshots of their childhoods. … By the end of it, it really felt like I claimed those images as my own,” she said. “I knew I wanted to keep exploring memory visually.”

Ms. Silvera’s interest in film catapulted her work further into the art of perception and memory. She said that the film “Ordinary People,” a 1980 movie about a boy who struggles with post-traumatic stress after his brother dies in a boating accident, had such a big impact on her that she wanted to explore the themes from the movie herself, leading her to create “Therapy Part 1” and “Therapy Part 2,” two painting series based on snapshots from films about or featuring therapy.

“Ordinary People” gave Ms. Silvera the idea to use lighting to explore the subconscious, a theme that carried over into the current “See Memory” exhibition. She filmed a young woman going through therapy in a similar sequence, using the same themes of remembrance and self-discovery. “I watched the footage, I realized, ‘I want to slow this down, I want it to be more dreamy and less of this straight forward action,’” she said, and decided to do paintings and stop-motion instead of film.

“I extracted stills that I liked and used those stills as a point of departure from the live-action footage, but then sort of let myself work somewhat intuitively,” she said.

Ms. Silvera then did almost eight hours of interviews with different cognitive psychologists about their work with memory to create the voiceover for the film, eventually eliminating scientific terms in order to keep viewers in the reverie.

Ms. Silvera’s current showing of “See Memory” was curated by Kelcey Edwards of Quogue, the creator of Iron Gate East, whom Ms. Silvera said she clicked with right away. “I felt that a traditional gallerist who didn’t really know what to do with film wasn’t going to be the right person to show the work. It needed someone who knew both painting and film. … We just speak the same language,” she said.

Ms. Edwards, who graduated from Stanford University’s Master of Fine Arts documentary film and video program, had nothing but praise to sing of Ms. Silvera as well. “She doesn’t hit a false note,” Ms. Edwards said.

They met first through a mutual friend’s film screening, and then again through Ms. Silvera’s producer, Jon Cornick, who happened to have graduated from the same film program that Ms. Edwards went through years earlier.

Ms. Edwards said Ms. Silvera’s show is so unique because of the coming together of film and painting, and that this showing is the closest the set of 23 paintings has ever come to being shown completely.

“I love this idea of a room without walls. So much of her work is about interiors and exteriors, psychological ones and spatial ones and how they’re connected,” Ms. Edwards said of one painting in particular, titled “Empty Room.” It shows an empty therapist’s office with the young woman in the distance, Central Park bleeding into the space. “This show is just so different from the others.”

“See Memory” is showing at The Spur @ The Station, 280 Elm Street, Southampton Village now through Saturday, July 28. A free public curator-led tour will be offered on Sunday, July 22, from 1 to 3 p.m. For more information or to schedule an appointment, call Iron Gate East at 512-773-5994 or visit irongateeast.com.