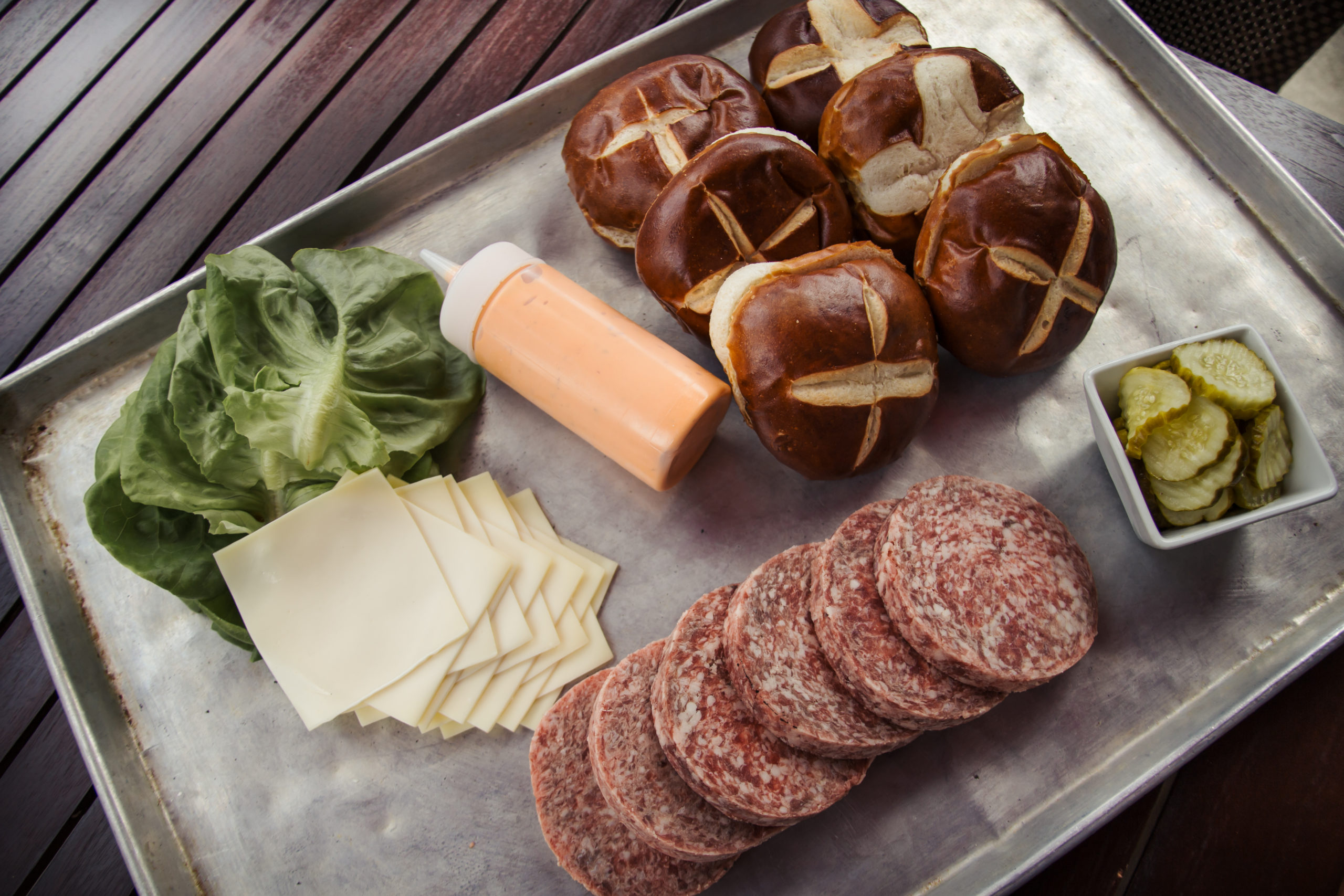 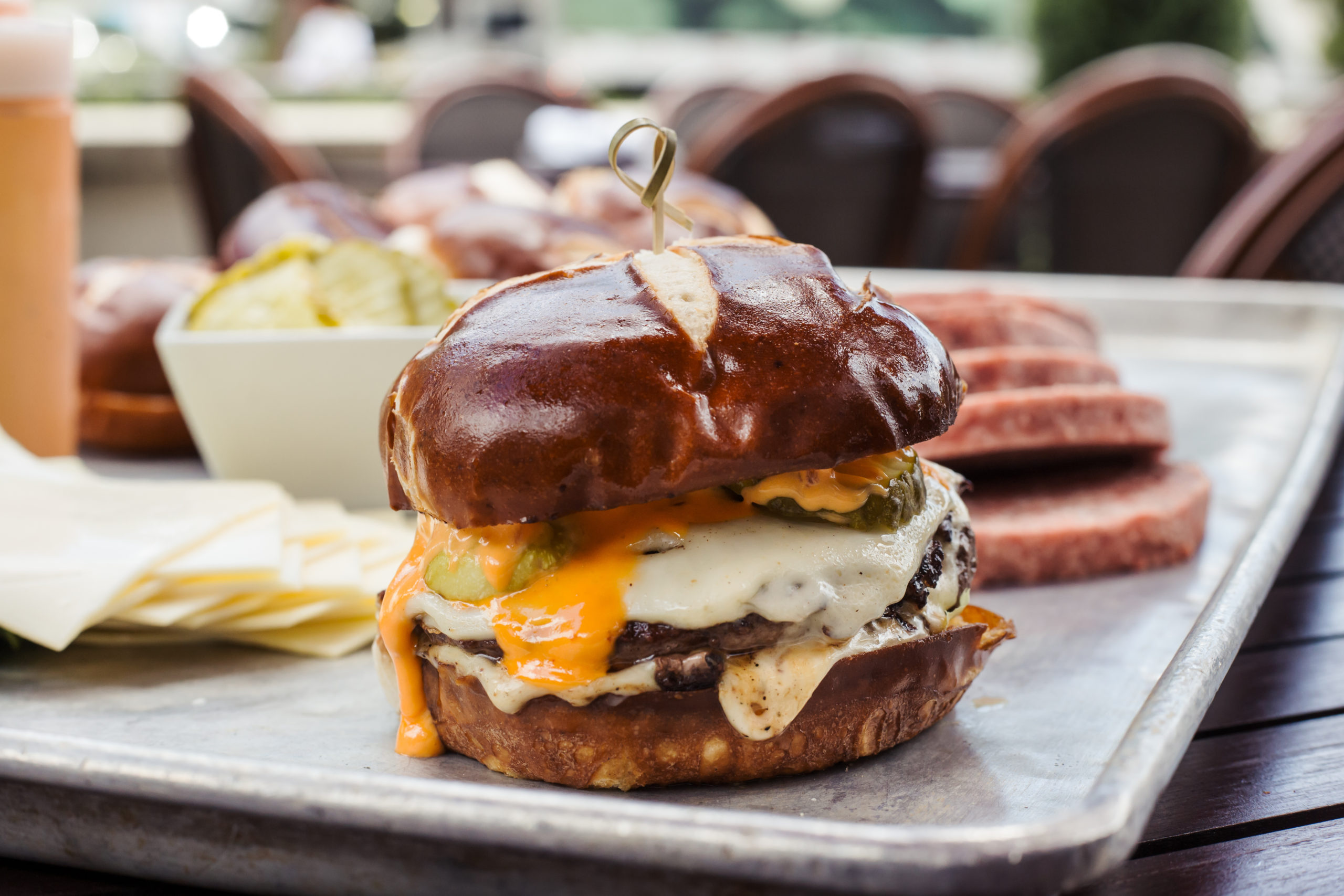 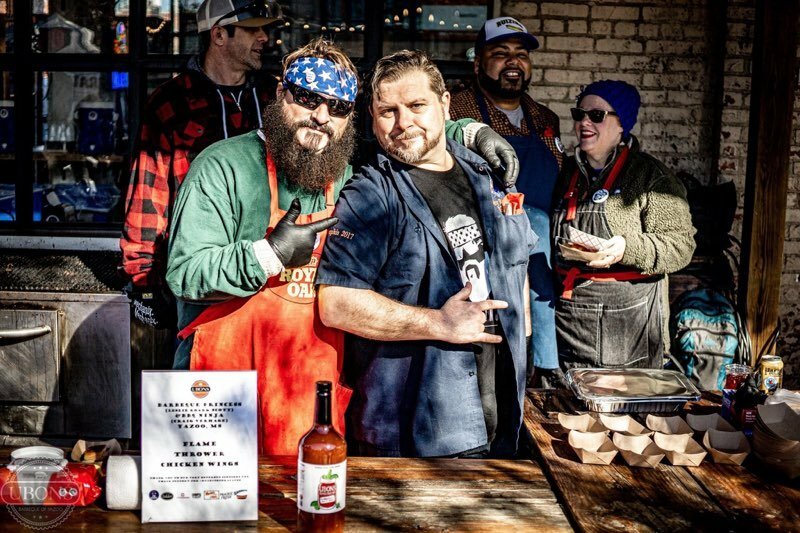 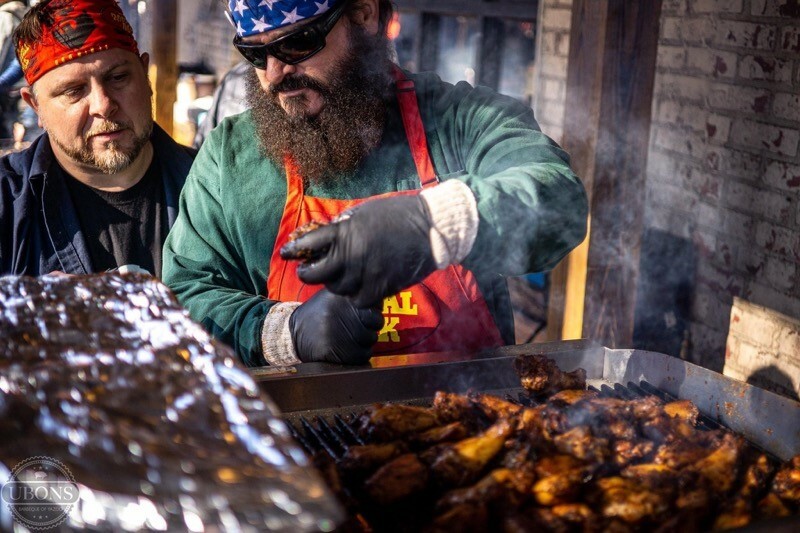 BBQ Ninjas will be manning the grill at Green Hill Kitchen & Que in Greenport. 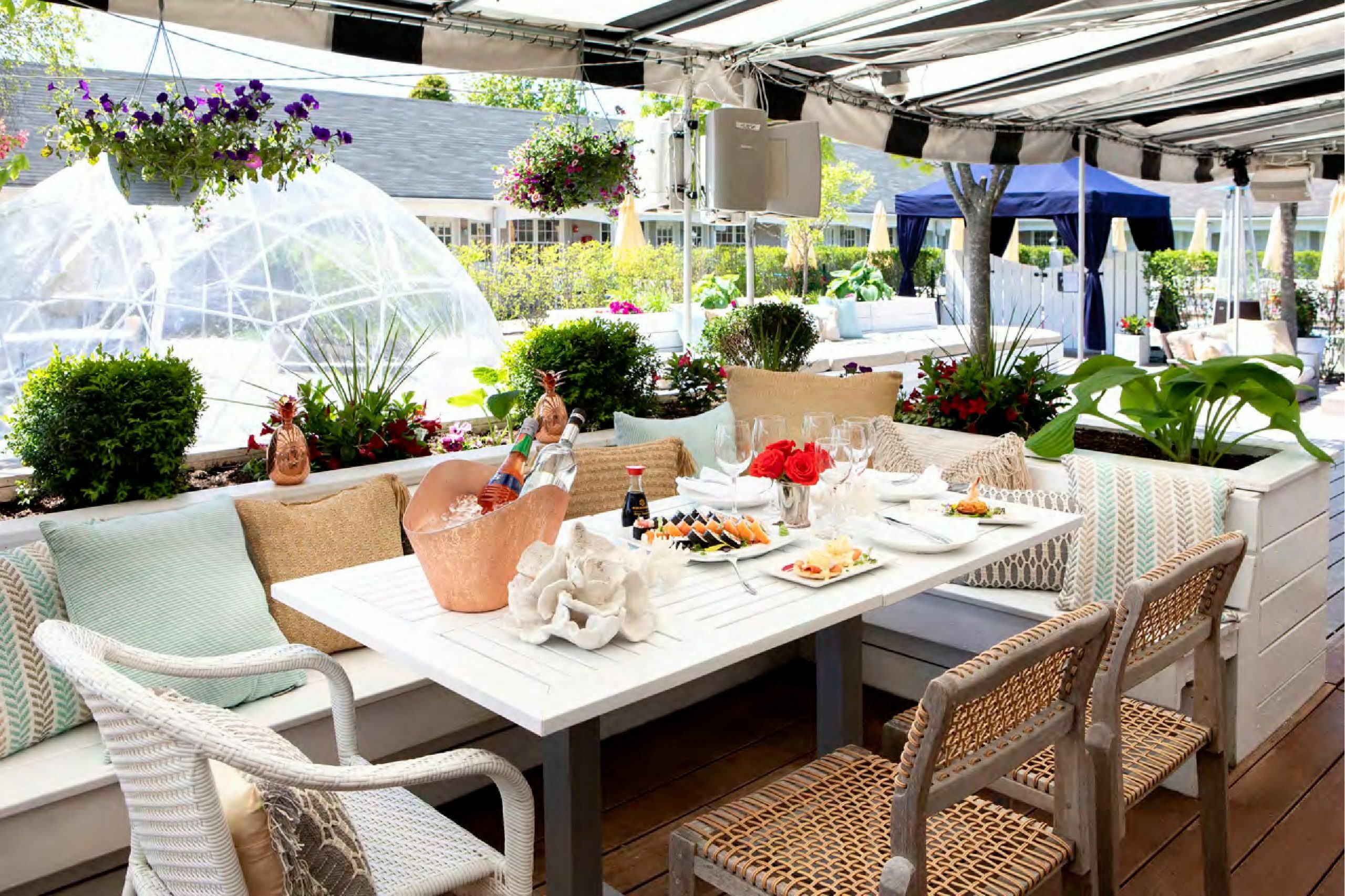 The dining scene at NAIA at the Capri in Southampton.

New Yorkers who have headed out here from their urban digs to ride out quarantine can still enjoy their favorite pizzas, burgers, and sandwiches at home from Emmy Squared, a Detroit-style pizza and burger chain with locations across the city. Available every weekend until Labor Day, the team from Emmy Squared will make special weekend deliveries to those enjoying summer on the East End.

• A party pack suitable for four or five people with choice of two appetizers, one salad, and four pizzas ($110).

• A party pack suitable for six to eight people with choice of two appetizers, two salads, and six pizzas ($140).

• Pretzel bun sandwich boxes with choice of the chicken Parmesan sandwich or the Nashville hot katsu sandwich. The kit comes with all components of Emmy Squared’s signature sandwiches for guests to put together at home ($10 per sandwich/six sandwich minimum).

Each party pack, burger kit and pretzel bun sandwich box will come with instructions to reheat and/or cook the dishes at home. Orders can be placed online via emmysquaredpizza.com. Orders will be delivered on Saturdays to the below locations at the designated times. Guests should be on the lookout for the Emmy Squared team stationed under a red umbrella at each pick-up location.

Online orders are applicable to the current weekend. Guests wishing to plan ahead and order for future weekends can email catering@pizzalovesemily.com with orders.

The Que Goes On

Green Hill Kitchen & Que in Greenport is continuing its Pitmaster Series, which welcomes well-known chefs from around the country who cook alongside Chef Matty Boudreau. The series is held on Saturdays throughout August and guests will enjoy BBQ cooked by different featured chefs, complete with live music. Each chef prepares a special BBQ dish and it remains available until they run out.

A limited number of reservations are available for the upstairs area and are available from 3:30 to 6:30 p.m. and must be booked the Monday prior. Guests receive a $40 gift card to use at the restaurant once a reservation is made and can do so by calling the restaurant directly at 631-477-4900. The regular a la carte menu is also be available. All live music performances begin at 4 p.m. The schedule for the Pitmaster Series, subject to change, is as follows:

The newly opened restaurant NAIA (meaning Sea Nymph in Greek) is “keeping summer sexy” with farm-to-table global cuisine in a European beach-chic setting at the Capri Hotel in Southampton. Enjoy international favorites and craft cocktails as well as the bottomless brunch daily while listening to music by resident DJ and classical violinist Bud Cahill, who plays on Saturdays and Sundays poolside.

Founded by Michael Pitsinos, the walls inside and outside the restaurant are adorned by the art of Domingo Zapata. Additional art by Christopher Pugliese, also known as the Downtown DaVinci, and Costa Picadas are on display.

NAIA is committed to following all of New York State’s recommended guidelines including diners being seated at every other table indoors, with outdoor diners spaced out as per guidelines from local and state health officials.

NAIA is located at 281 County Road 39A in Southampton. For more information, visit naiahamptons.com.