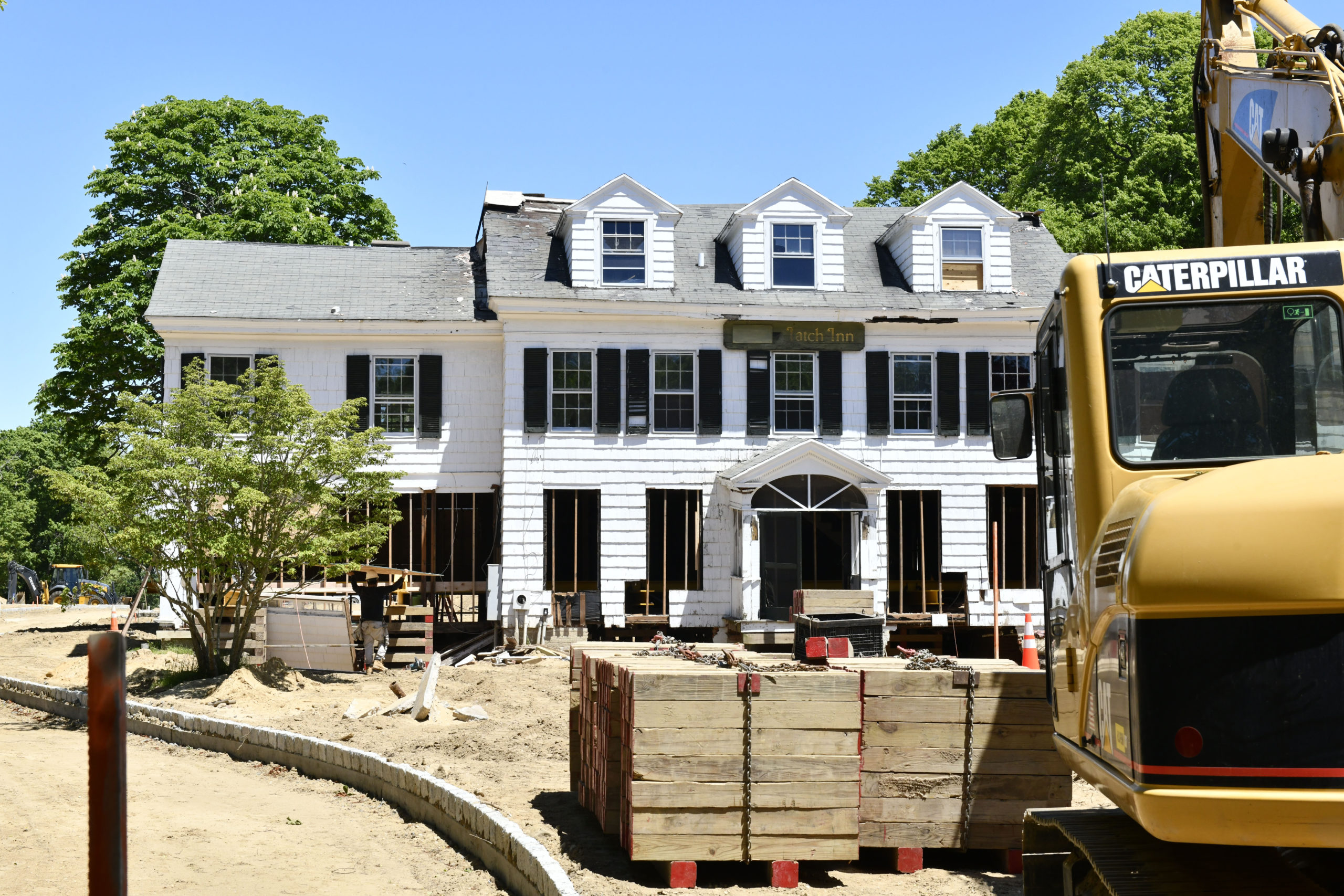 The Latch at Southampton Village 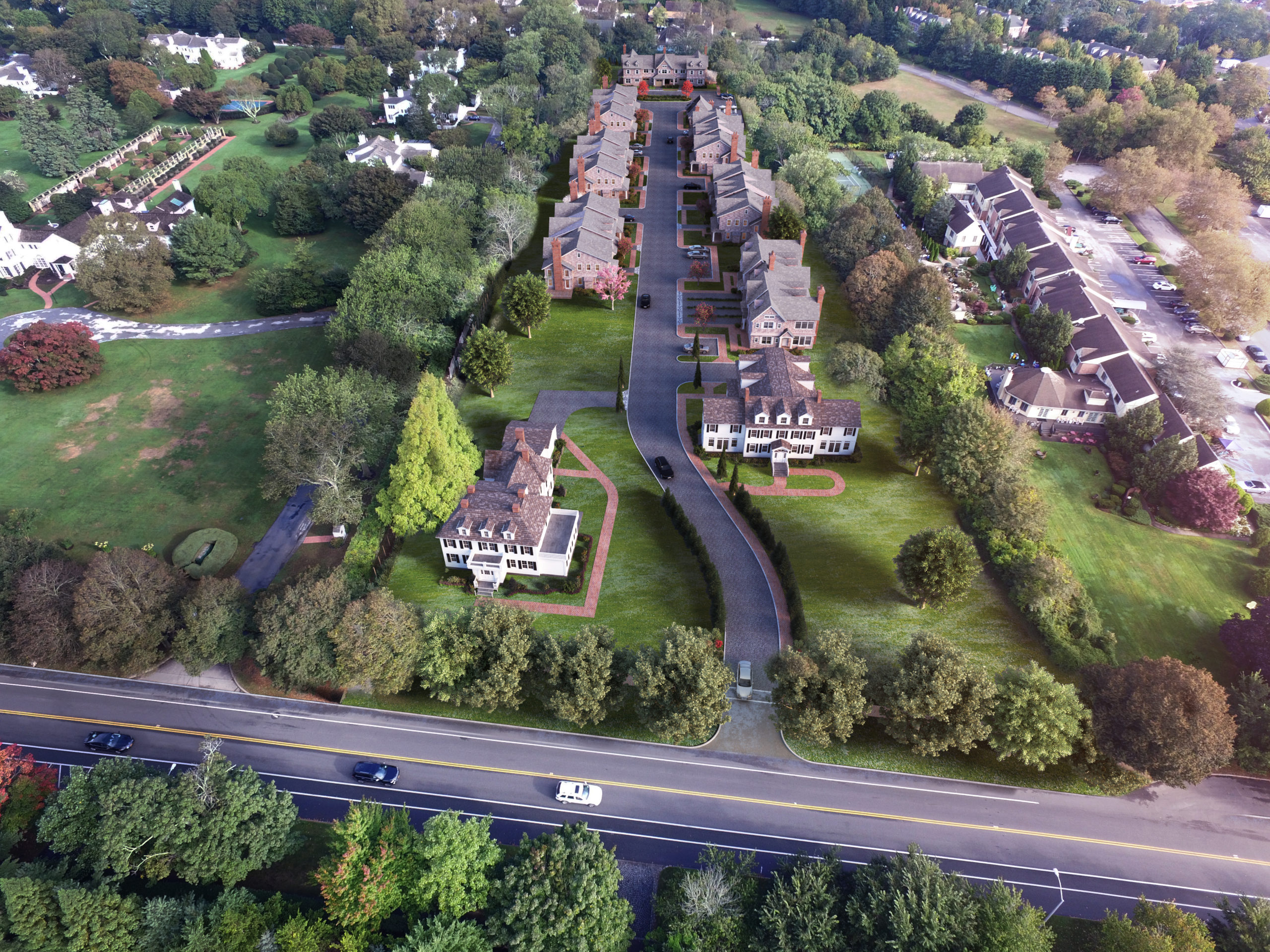 A rendering showing a bird's eye view of The Latch. COURTESY BEECHWOOD 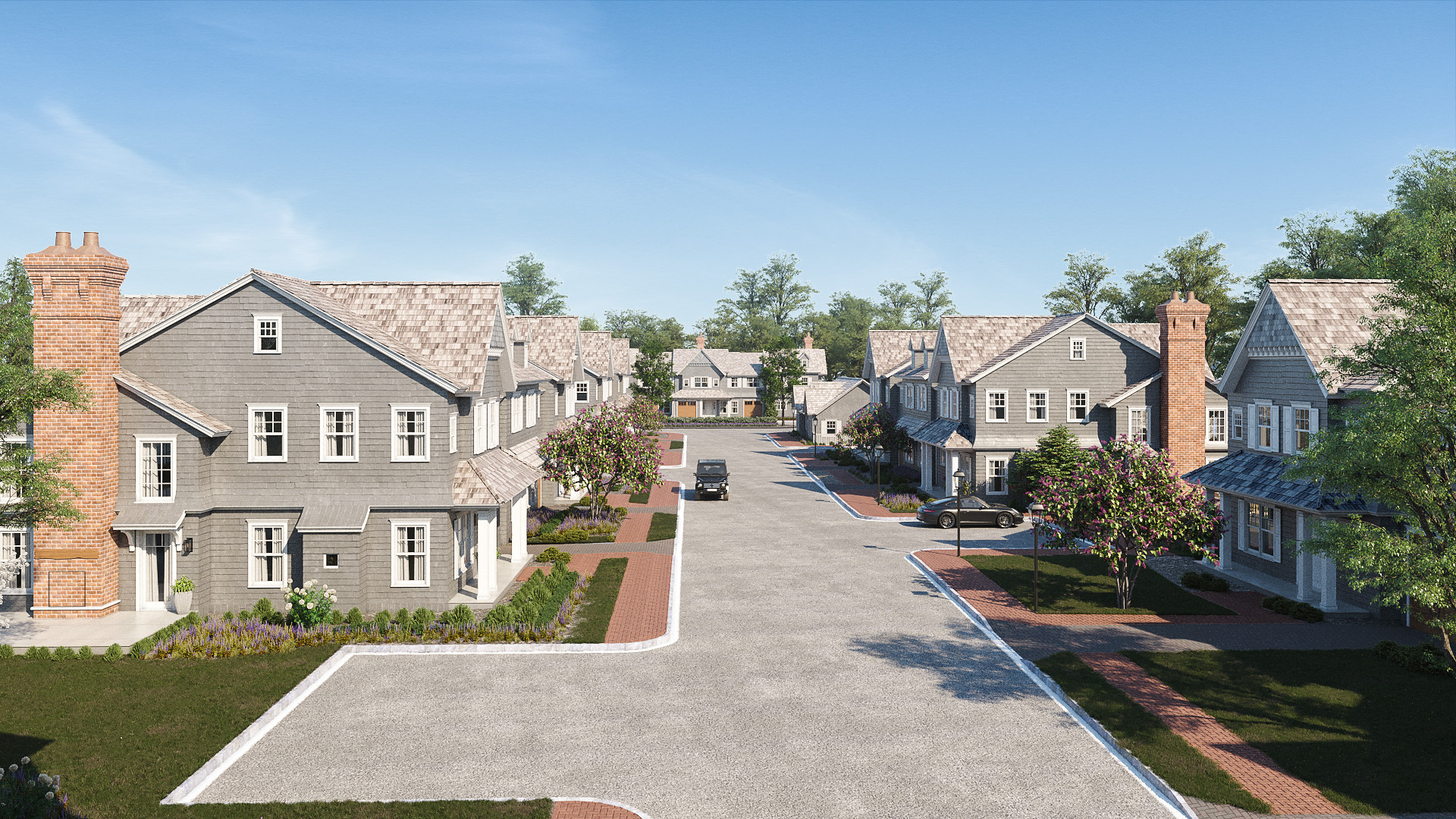 A streetscape rendering of The Latch at Southampton Village. 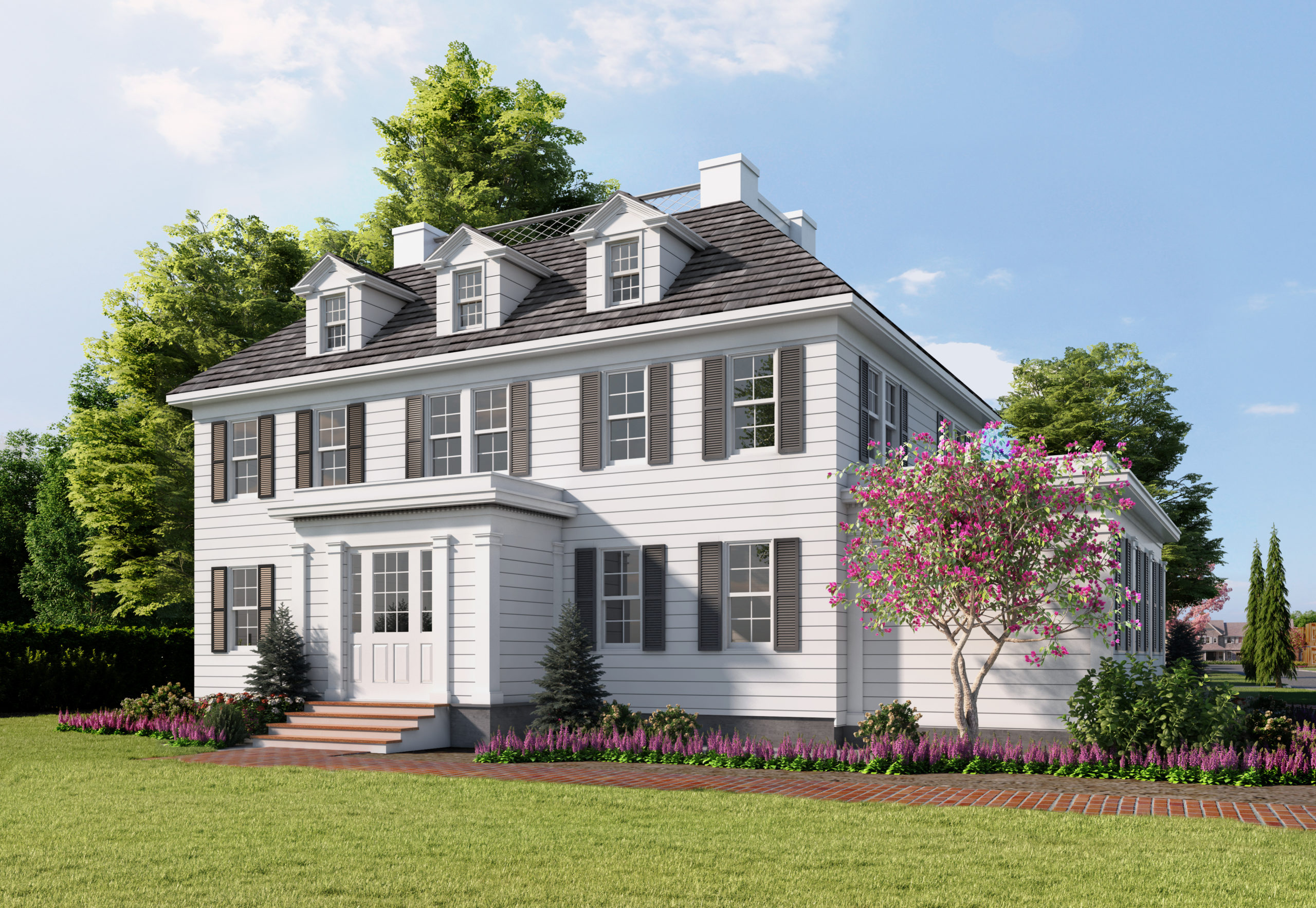 A rendering of the Terry Cottage, postrenovation. COURTESY BEECHWOOD 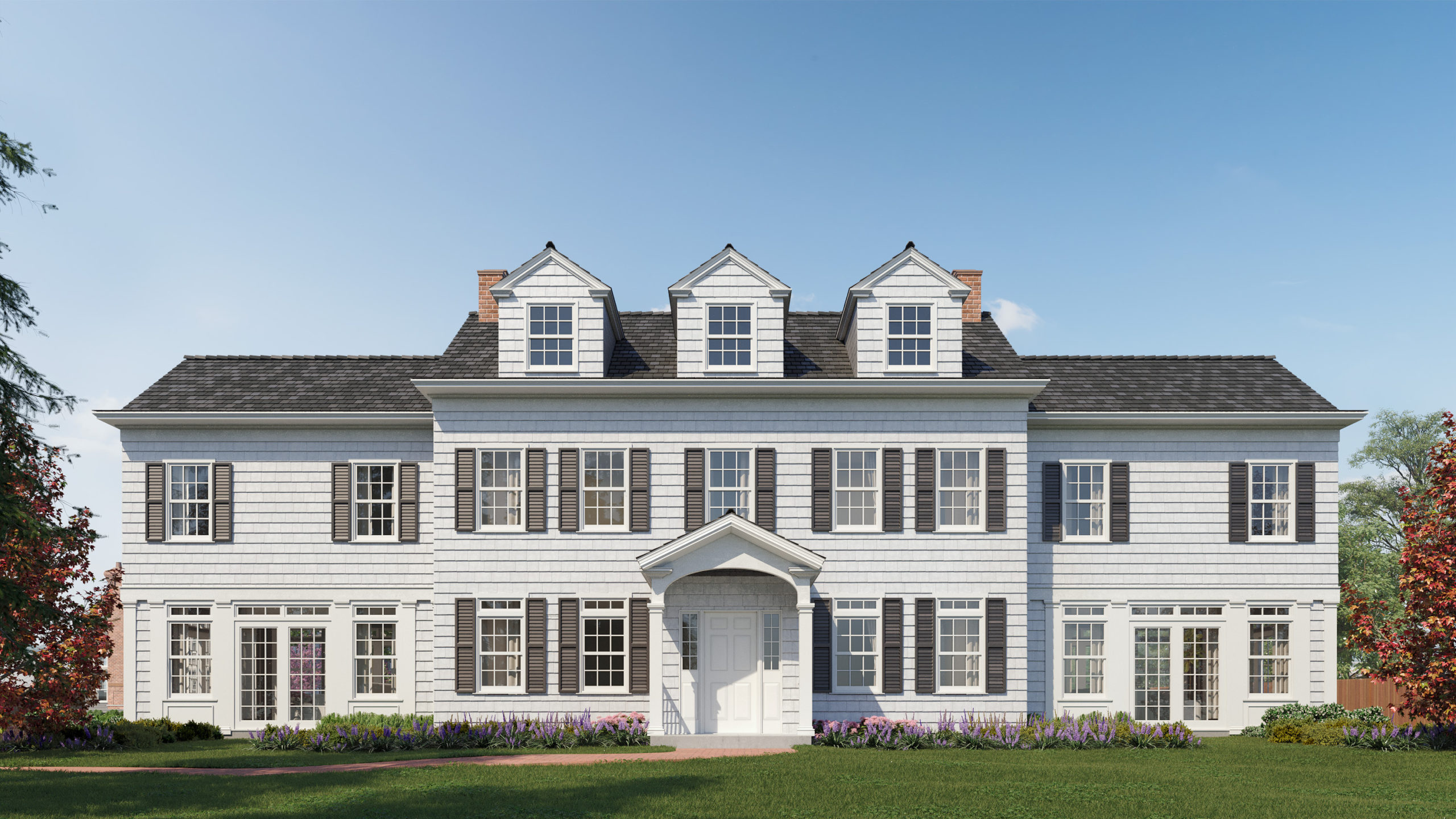 A rendering of The Latch postrenovation. COURTESY BEECHWOOD 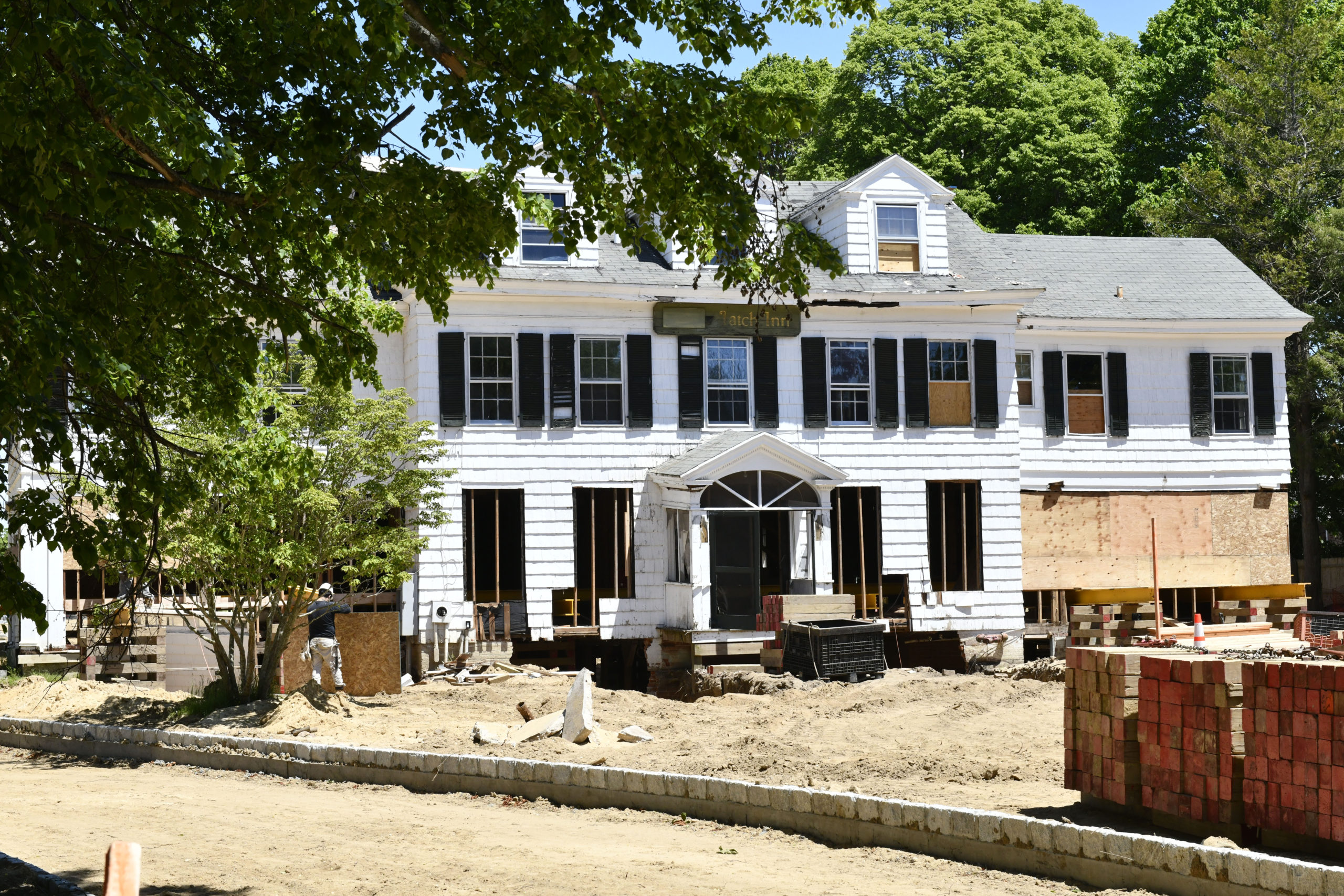 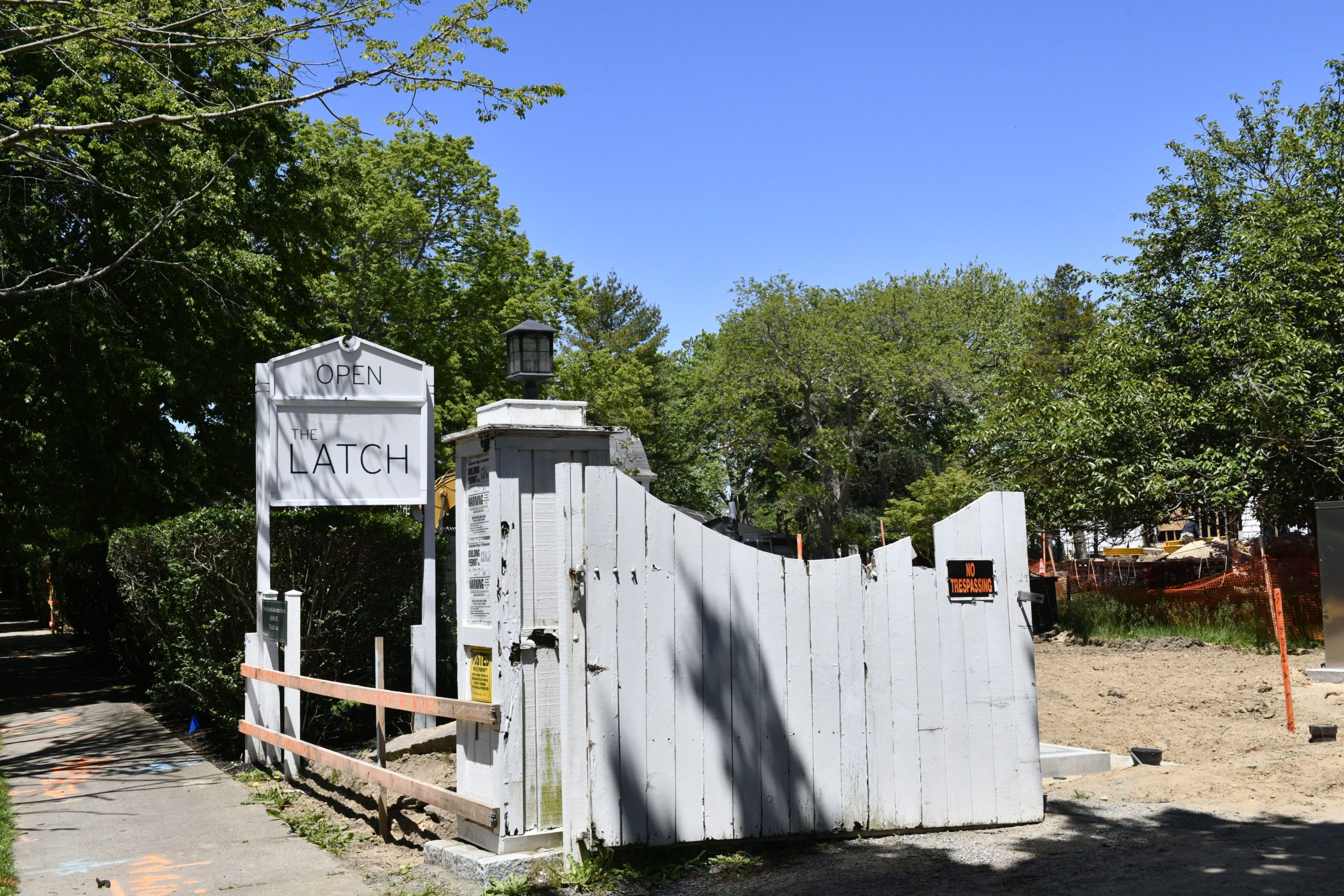 Also this week, the main building on the site, which is 5 acres on the north side of Hill Street, was lifted so a top-to-bottom renovation could begin. That building is one of two historic structures that will remain while new buildings that complement the old will make up most of the luxury condo development.

The two turn-of-the-20th-century buildings by architect Stanford White of the renowned firm McKim, Mead & White are undergoing restoration and preservation overseen by James McMullan of Fleetwood & McMullan and Jason Poremba of Jason Thomas Architect, both local East End architects. Nonhistoric buildings circa the 1970s and 1980s have been razed to make way for the new construction.

Ground had broken on the project before Governor Andrew Cuomo’s New York State on PAUSE order in March halted construction statewide. Now that the order has expired, the developer of the project, the Beechwood Organization, has resumed work.

“We always felt like there would be demand for condo homes in the village, especially in a location as good as this,” Beechwood principal Steven Dubb said of The Latch on Monday. “Even though the market’s had ups and downs over the years, there’s still little new condominium products built in the Hamptons. And I think with people having an eye toward maybe spending more time out of the city, hopefully, our timing’s good.”

Mr. Dubb said The Latch Southampton Village is steps to Main Street and just a 10-minute walk to the village beaches.

The entry-level price is $1.75 million for a villa, of which there will be four that all share the same building. There will be two ground-floor units and two upper-level units.

“One’s in contract currently,” Mr. Dubb said. It sold to “somebody who couldn’t wait for us to open up officially for sales and wanted to be the first person to buy.”

And then there are 15 townhome units starting at $3.2 million.

“The townhomes are basement, ground floor, second floor, like any normal home, except you have a shared wall with your neighbor,” Mr. Dubb said.

Two townhomes are being made in the original 40-room main building, while the rest will be all-new construction. All of the townhomes will be end-units, meaning they have windows on three sides, with the exception of just one unit. That unit will be the center of a three-unit building that bookends the north end of the site.

The other historic building, known as the Terry Cottage, will be the 20th unit in the condominium association — and it will actually be a single-family home. The asking price for the 4,792-sqaure-foot cottage is $5 million.

The common charges at The Latch Southampton Village will be $1,095 per month plus taxes, and that includes use of the 53-foot-by-15-foot pool and the clubhouse.

“The clubhouse will have a fully equipped gym and a lounge area, and about as large of a swimming pool as we were able to get approved,” Mr. Dubb said. “So for all of our residents who are moving out of single-family homes where they are used to having a swimming pool, they won’t miss it because we have one on-site.”

Also among the amenities are garbage pickup, landscaping and snow removal.

“For our homeowners who are a little tired of having to deal with maintaining their home out in Southampton, we take that away from them,” Mr. Dubb said. “So it’s really worry-free and pretty turnkey. They can come out here, open up the house for the weekend, lock the door on their way out when they go back to New York City, and not have to worry about any of the maintenance stuff that they normally would with a home.”

“There was a lot of questions about whether there would be demand for condominiums in Southampton Village,” he said, “because nobody had built them since the ’70s, ’80s. I think there had been one project build in the 1990s. When people thought about moving out to the Hamptons, or their Hamptons home, everyone envisioned the, sort of, Hamptons McMansion. You know, the single-family home on a lot of land. We had this idea that people would want to live in the Hamptons, but not deal with all the maintenance that came from a house.

“So we faced a lot of questions and a lot of skepticism before we started selling there. And of course, it went really, really well.”

The Latch project has been several years in the making, and in the meantime Beechwood maintained the property’s original use as a hotel. Since 2017, it was known as the Latch Pop-Up Inn.

“It was fun for a couple of summers to be part of the fabric of the hotel scene out in the Hamptons and to get to share it with other people for weekends at a time,” Mr. Dubb said.