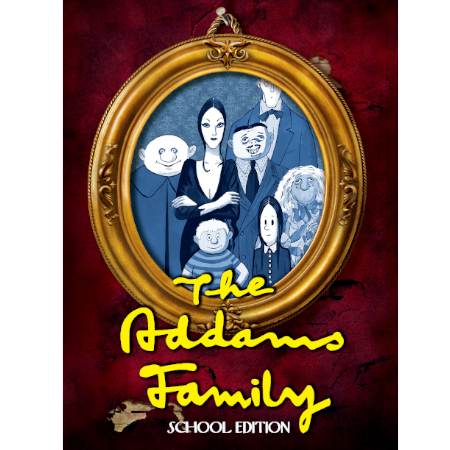 "The Addams Family" musical will be performed by the young actors of the Westhampton Beach Performing Arts Center.

The Westhampton Beach Performing Arts Center Arts Academy announces its student performance of the musical “The Addams Family,” running January 24 to 26 at the theater. The show will feature more than 20 performers from ages 12 to 18.

“The Addams Family” musical offers a wild and wacky spin on the creepy and lovable television show of the same name that became a cult classic after it first aired in 1964. The TV show was based on the characters in Charles Addams’s cartoons in The New Yorker.

“The Addams Family” is a comical feast that embraces the wackiness in every family, but it also features a heartwarming and familiar story that every family can relate to. In this version of the family story, Wednesday Addams, the ultimate princess of darkness, has grown up and fallen in love with a sweet, smart young man from a respectable family. But her parents, the delightfully dark Gomez and Morticia Addams, have never met him. When Wednesday confides in her father and begs him not to tell her mother, Gomez must do something he’s never done before — keep a secret from his beloved wife. Everything will change for the whole family on the fateful night they host a dinner for Wednesday’s “normal” boyfriend and his parents.

The show is directed by the WHBPAC Arts Academy Manager Kristen Poulakis. Poulakis has been at WHBPAC Arts Academy since 2014 and has a broad resume that includes teaching and directing. Choosing the musical was easy for the director, who found the script relatable and fun for all ages.

“Fast forward to Wednesday’s teen years and 'The Addams Family' musical is everything you would want to see happen to the beloved Addams family and more. With the quintessential question of ‘what if’ hanging in the balance for Gomez Addams, does he choose loyalty to the love of his life Morticia and keep no 'secrets' or does he choose to keep his baby’s secret buried,” Poulakis said. “With all of the characters you’ve come to know and love throughout the years, 'The Addams Family' musical is sure to get you all caught up in feelings they ultimately have for each other — love.”

“The WHBPAC Arts Academy cast has really risen to the occasion,” she adds. “They have taken an already funny musical and breathed new life into it, proving their developing acting chops are hitting the mark. These kids are a force to be reckoned with so come prepared to die laughing.”

“The Addams Family” musical first previewed on Broadway in 2010 at the Lunt-Fontanne Theatre. The show was written by Marshall Brickman and Rick Elice, who had teamed up in the writing of the Broadway musical “Jersey Boys.” Music and lyrics are by Andrew Lippa, who also contributed music and lyrics for several other Broadway productions, including “You’re a Good Man Charlie Brown” in 1999 and “Big Fish” in 2013. The show was nominated for several awards, including two Tony’s for Best Original Score (Andrew Lippa) and Best Performance by a Featured Actor in a Musical (Kevin Chamberlin).