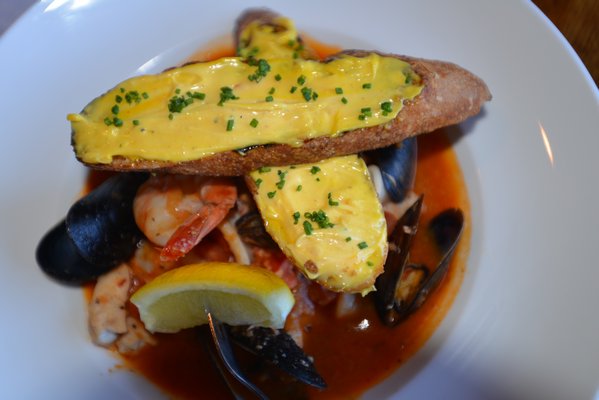 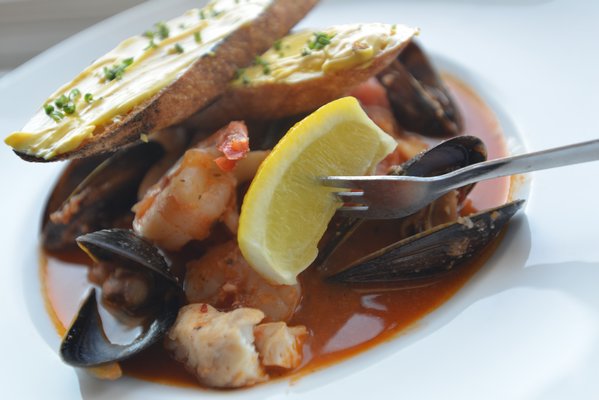 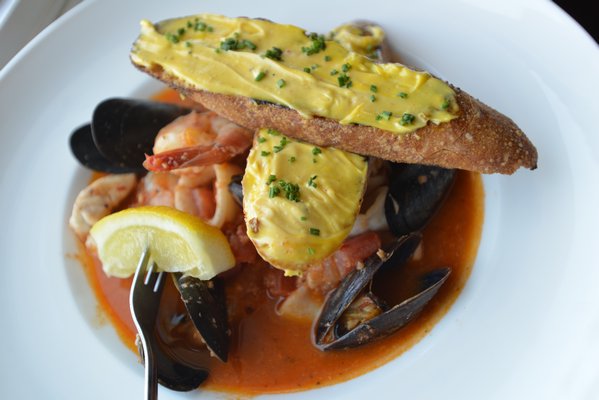 Scattered along winding Noyac Road is a surprising number of hidden gems whose menus would whet the appetite of any gastronome. This week Arts & Living stopped in at The Bell & Anchor to see what’s on the menu at the dockside seafood eatery.

The Bell & Anchor opened in May 2012, to fill the void of not being able to get a good steamed lobster outside of Montauk, chef and partner Sam McCleland said last week while sitting at a window overlooking the marina.

“It’s been great, really good, a wonderful, wonderful first year,” Mr. McCleland said. “We wanted something to do in the winter, we thought ‘great seafood, serve steamed lobster,’ it’s been awesome.”

Mr. McCleland went to culinary school at Johnson & Wales University when the school had a campus in Charleston, South Carolina. After 12 years in the business, he quit to start a window washing business but the chef realized that wasn’t for him and he missed the camaraderie in the kitchen. In the mid 1990s he returned to the stove and never looked back.

At The Bell & Anchor, diners will find a fresh, local, seafood-driven menu, as well as daily specials of fresh fish and local produce. Mr. McCleland wanted a well-rounded menu so there is also a nice selection of meats too.

The fan favorite, not surprisingly, is the Steamed Lobster. A 1½ pound lobster is cooked in a steamer and served with corn pudding and fingerling potatoes.

“We are seafood oriented out here, surrounded by the sea,” the restaurateur said. “We didn’t want to have to drive to Montauk for a good lobster so we bought a steamer.”

The signature dish is the Lobster Thermidor, which is a traditional dish. It’s not on the menu, but is run frequently as a special.

“We steam it, chop up the lobster, mix it with a Mornay sauce, made with cream and brandy, stuff it back in the lobster and bake it,” the chef said. “It’s a very rich dish—not many people are doing it here, we get a lot of compliments on it.”

Mr. McCleland’s favorite dish on the menu is the Cioppino. It is like a fish stew and consists of white fish, shrimp, mussels and calamari sitting in a broth of lobster stock seasoned with chiles and house-smoked tomato. It gets its name from the olden days at the San Francisco docks when all the fishermen “chipped in” whatever they had to make a stew.

After a busy first year, Mr. McCleland and Mr. Loewenberg are looking to establish another local treasure in their growing restaurant empire, he said.

“I think he’s [Mr. Loewenberg] the best restaurateur out here, he makes my job easier,” Mr. McCleland said. “Dave and I have been taking care of people a long time. Nothing is better than seeing familiar faces. It’s more like family than customers when they come in.”

The Bell & Anchor is open seven nights a week from 5:30 to 10 p.m. During the off season, the restaurant will serve Sunday brunch. For more information, call 725-3400.