Green Should Disappear, At Least As We Know It - 27 East 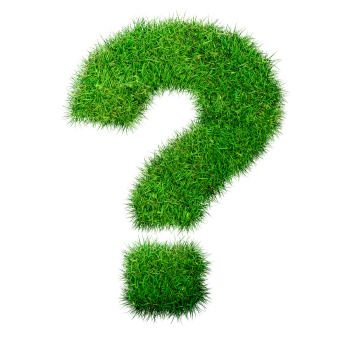 I think it’s time for green to disappear. Not the color, but the word. Or rather the movement and the connotations it brings up.

Don’t get me wrong, its not that I want the green movement to disappear, or the green practices that we have all been adopting for the past decade, but simply the word “green.” I’m sure most people will agree that “green” is used far too much today, and has begun to mean, well, actually nothing.

When everything is green, how can anyone differentiate between the green products or practices they have adopted? Green has begun to mean absolutely nothing. Pickup trucks the size of small school buses have little green badges on their lift gate, cattle that are fed organic grass are labeled “responsibly farmed” and houses that have recycled glass countertops as their only sustainable element are labeled “green.”

If religion is the opiate of the masses, then green seems to be the first great religion of the 21st century. This was good when green was actually green but now that green is running like a mad bull in the wild west we have the masses of the world following a principle that is reinterpreted by every advertising agency and marketer, spun into web upon web of inconsistent misinformation. Manufacturers have even started using the color green in products when there is actually nothing green about them, simply to attract consumers who have been browbeaten into looking for green products to make them feel responsible.

What this all points to is that it’s time to take green out of the hands of the business sector. It might even do the world a world of good to have green disappear.

If products stopped promoting themselves as green, and government restriction were simply tightened to make all manufacturing responsible then perhaps we could all get on with our lives and not have to worry about being responsible in our purchasing. Manufacturing would be responsible and thus take the green decision away from the uneducated and simple consumer.

The politicians all agree behind closed doors that the masses aren’t to be trusted, so why then are they trusting us to save the world from global warming? Shouldn’t they be leading the crusade? Shouldn’t they be forcing it down our throats for our own good?

Relating this to my own line of work—construction: If all local building ordinances and building codes were tightened up to acceptable standards, then green building could disappear as well. Poof! Builders who build responsibly shouldn’t be the exception, they should be the only builders who are allowed to build.

It’s not the builders and construction industry who are at fault for the significant environmental shortfall in the building industry, it’s the local building departments and municipalities.

What the green decade has done is offer the corporate culture some new bait, some new material to work with when putting together marketing and advertising plans. While the impetus behind the increase in environmental consciousness is well founded and just, it’s the corporate entities that are pulling it apart by the seams, blurring the distinctions between true and false.

When something as important as the fate of the planet is on the line, perhaps for once the government could step in and push the corporate lobbyists aside for the sake of the greater good. This is one fight where we need the government to be leading the private sector, not the other way around, which is what is happening now.