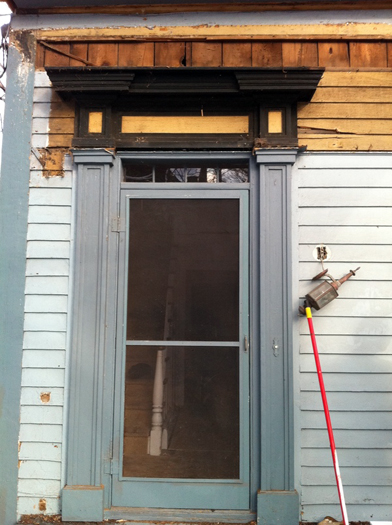 New beginnings are good times to break old habits, difficult as it may sometimes be for some.

The trait of being apprehensive to change could be genetic. The reason I say this is because I have noticed it in little children who haven’t necessarily been trained toward such behavior, but who have complete tantrums at a new lunch box item, or a new twist in their routine after school. I have an old high school friend who eats a tuna fish sandwich every day for lunch. And I mean

day. And I also have a grandparent who ate lunch at noon on the dot, or he wouldn’t eat lunch at all.

While routine is the equivalent of comfort food, you can’t eat mashed potatoes and gravy at every meal.

Reading the papers, you see resistance to change absolutely everywhere. From the locals who are opposed to the proposed music festival in Amagansett, to the governments in the Middle East, who refuse to hear their people’s cries for new regimes. History is made up of the struggle between the forces of change and the forces against it.

But while consistency and routines bring comfort in a world that is in a constant state of flux, historically, it’s the people who had the ability to handle change and the ability to instigate change who have shaped the future. I mention this now because we are at a pivotal point regarding green building and design on the East End.

Early in the last decade, awareness of the global environmental situation began to work its way into the collective consciousness of America. Green building was more of a novelty, an extravagance that people who could afford to be extravagant were getting involved with.

By the time that Lehman Brothers closed its doors, the need to be environmentally correct was at an all-time high and inroads were just beginning to be made into the old guard of architects and builders who had been resistant to the new methods and technologies for the preceding few years. But then Lehman did close its doors. At that time, building stopped for the most part and the following few years left little money on the table for green building and progressive thoughts in general. Survival mode had set in.

The pivotal point that I mentioned seems to me to be coming this spring. While much of America is still feeling the horrendous effects of the last few years, certain segments of the economy, namely those who work on Wall Street, are doing incredibly well. Manhattan as a whole seems to be rebounding from the crash faster than it slid into the hole.

While the Hamptons’ economy has typically mirrored that of Manhattan’s, it would seem likely that we are in store for a good spring and a good year on the whole. As the building industry gathers steam again on the East End, it will be vital to the future of the area that we pick up on the right foot in regard to how we build and design our homes. How we start this next wave will be a strong indicator as to the future of the industry on the East End.

At such a junction, it is more than important that we look to those who are putting change into action—those who are primed to start this next wave of the economy in a sustainable manner and thus become leaders in their industry. It has been incredibly encouraging to see, as of late, many East End builders and architects leading with the right foot.

Architects such as Bates Masi + Architects, Maziar Behrooz and John Berg of Berg Design Architects and builders such as Telemark Inc., Dubrow Enterprises, and Gaia Building (a collaboration between Farrell Building and my company, Modern Green Home), to name but a few, are all setting examples for the rest of the industry. All of these are leading by example by being proponents of change, by making green building principles standard.

As we begin to think about the summer, and hopefully start stretching our legs and arms after a tough few years, let’s make sure that as a group, we start on the right foot. I said it before and I’ll say it again: new beginnings are good times to break old habits.