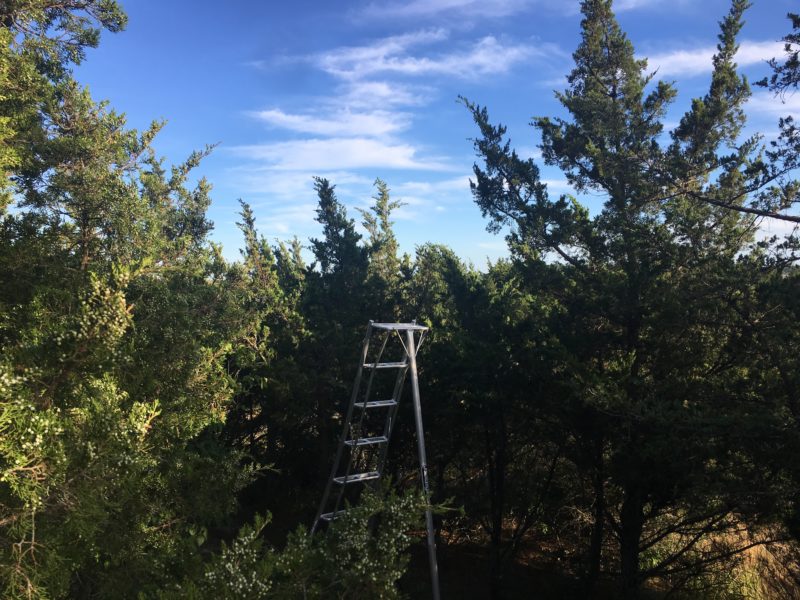 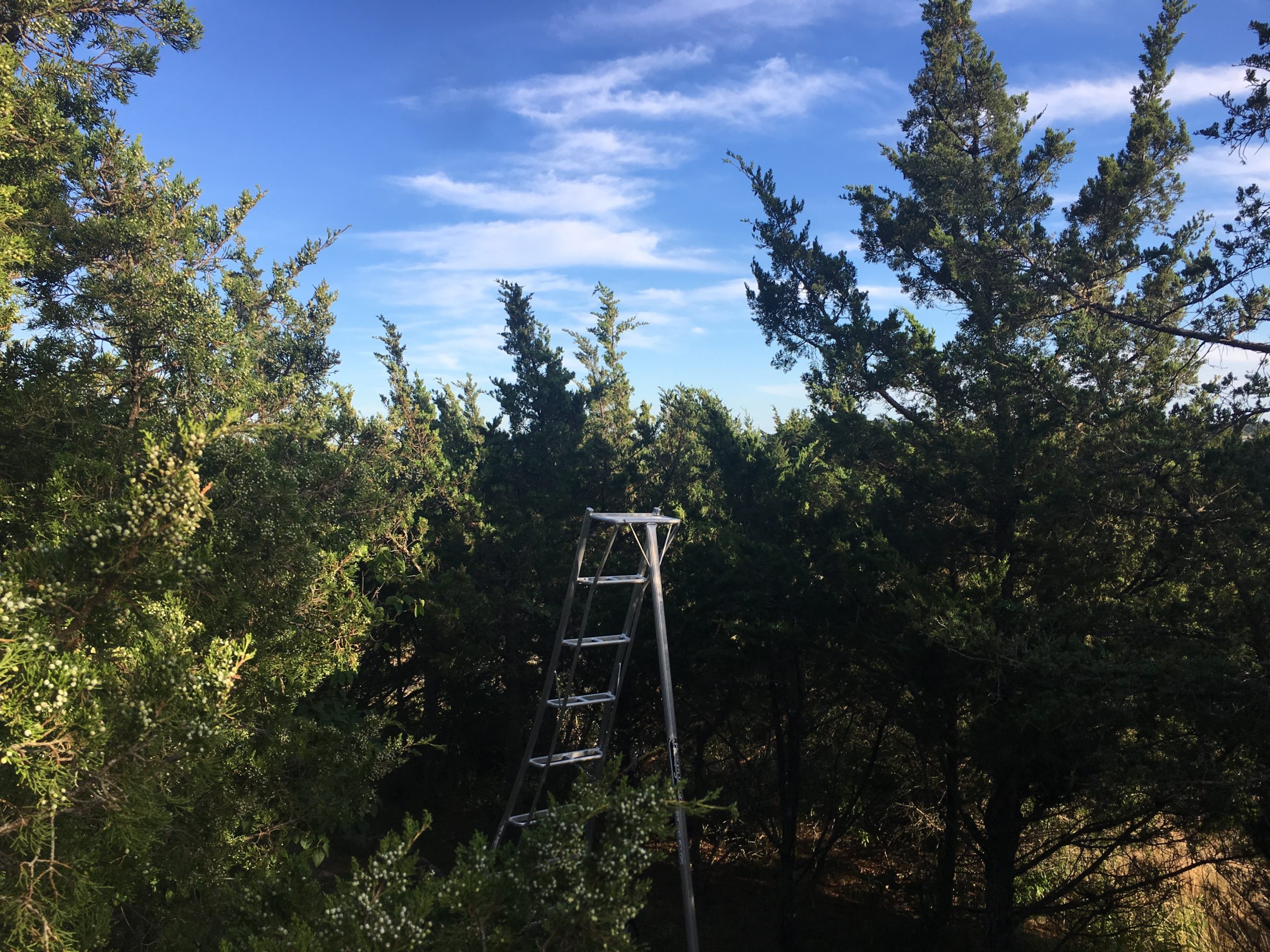 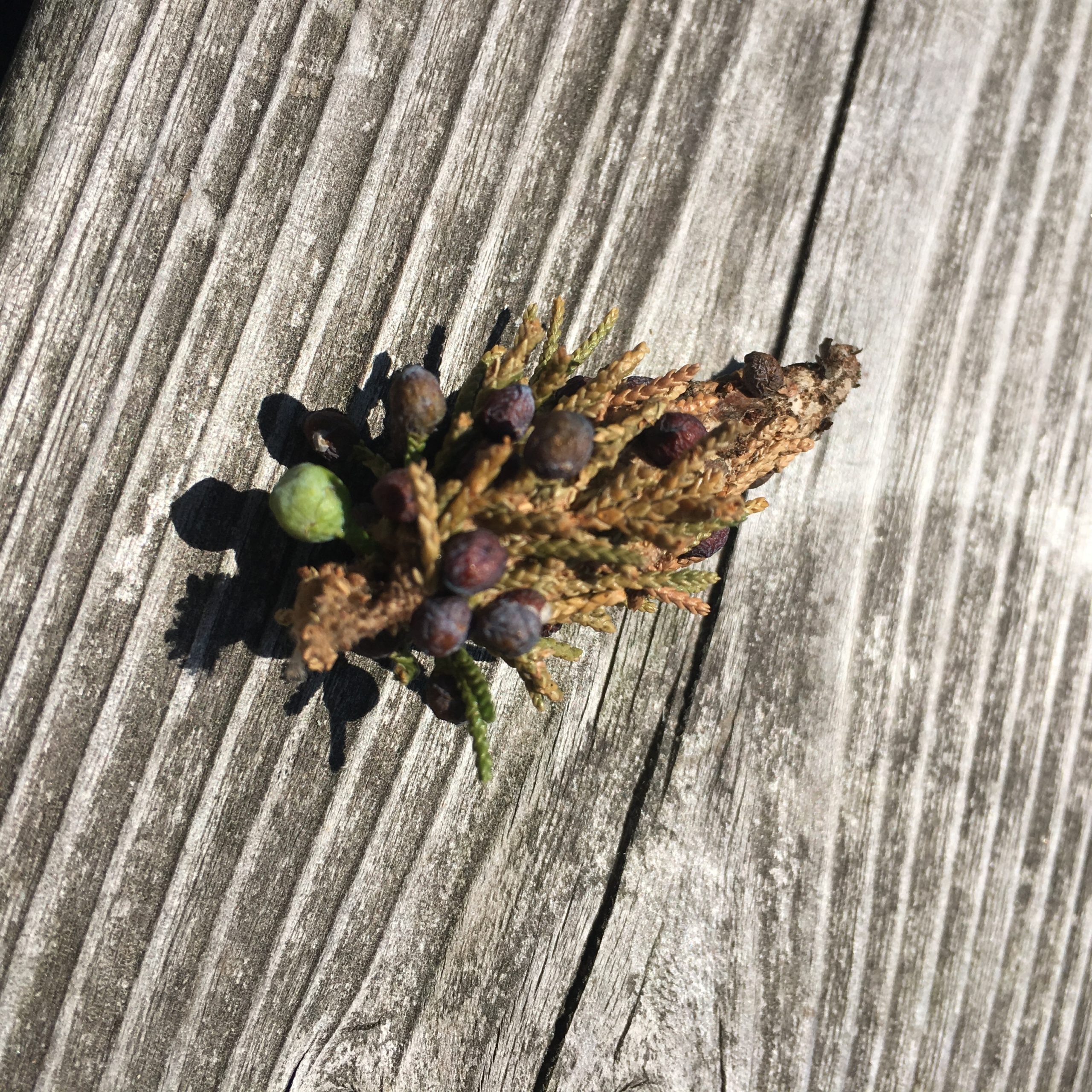 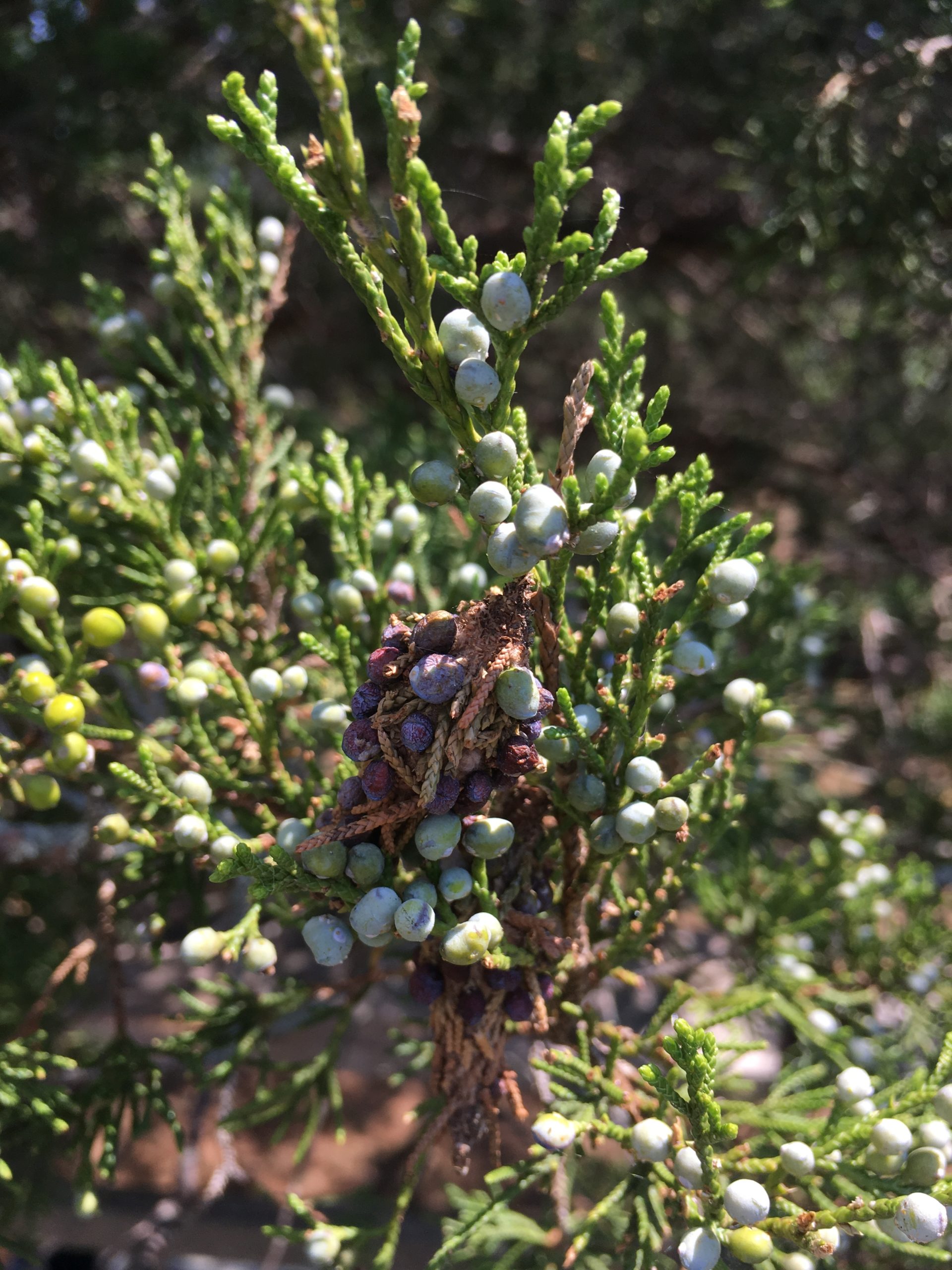 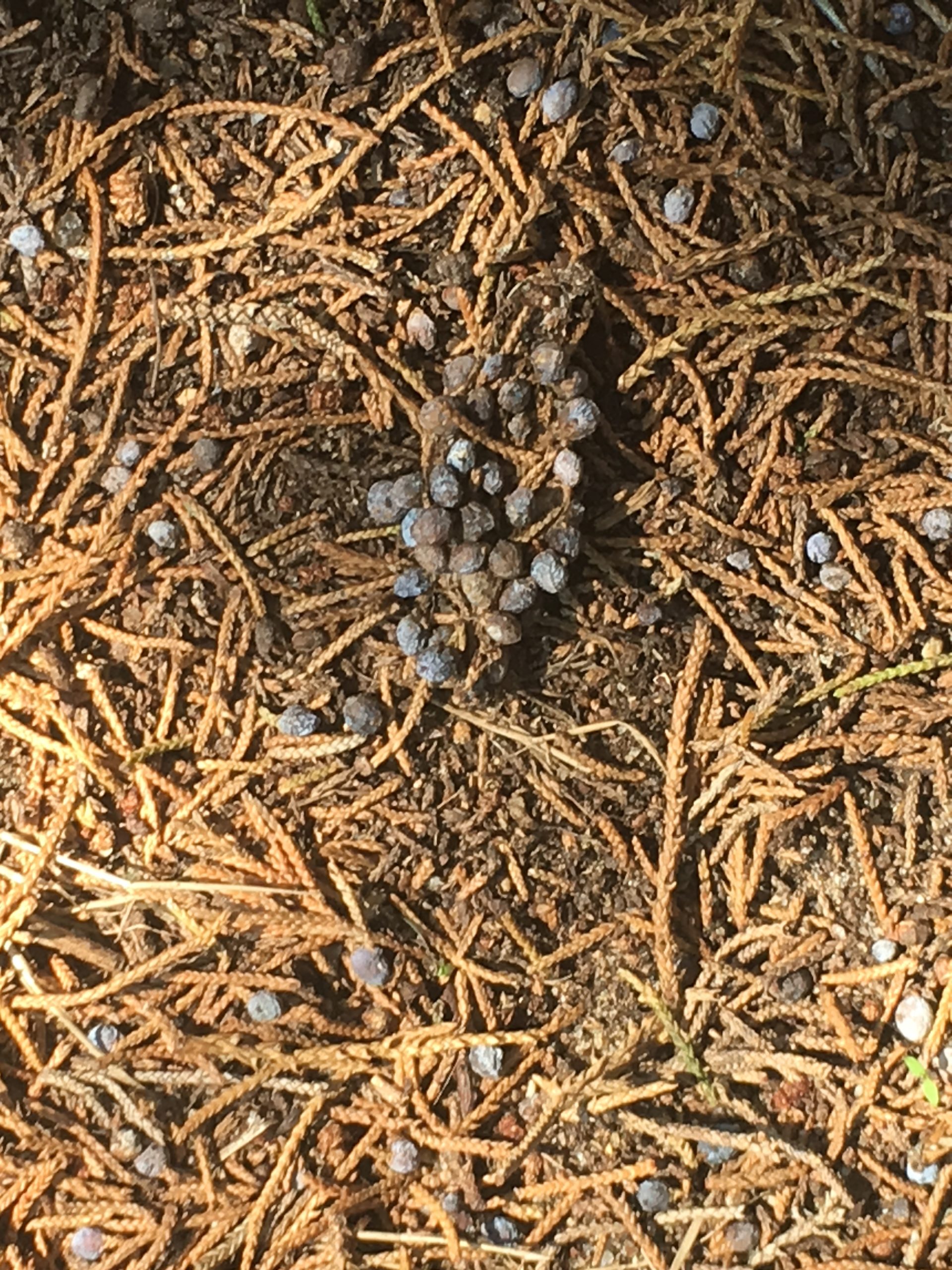 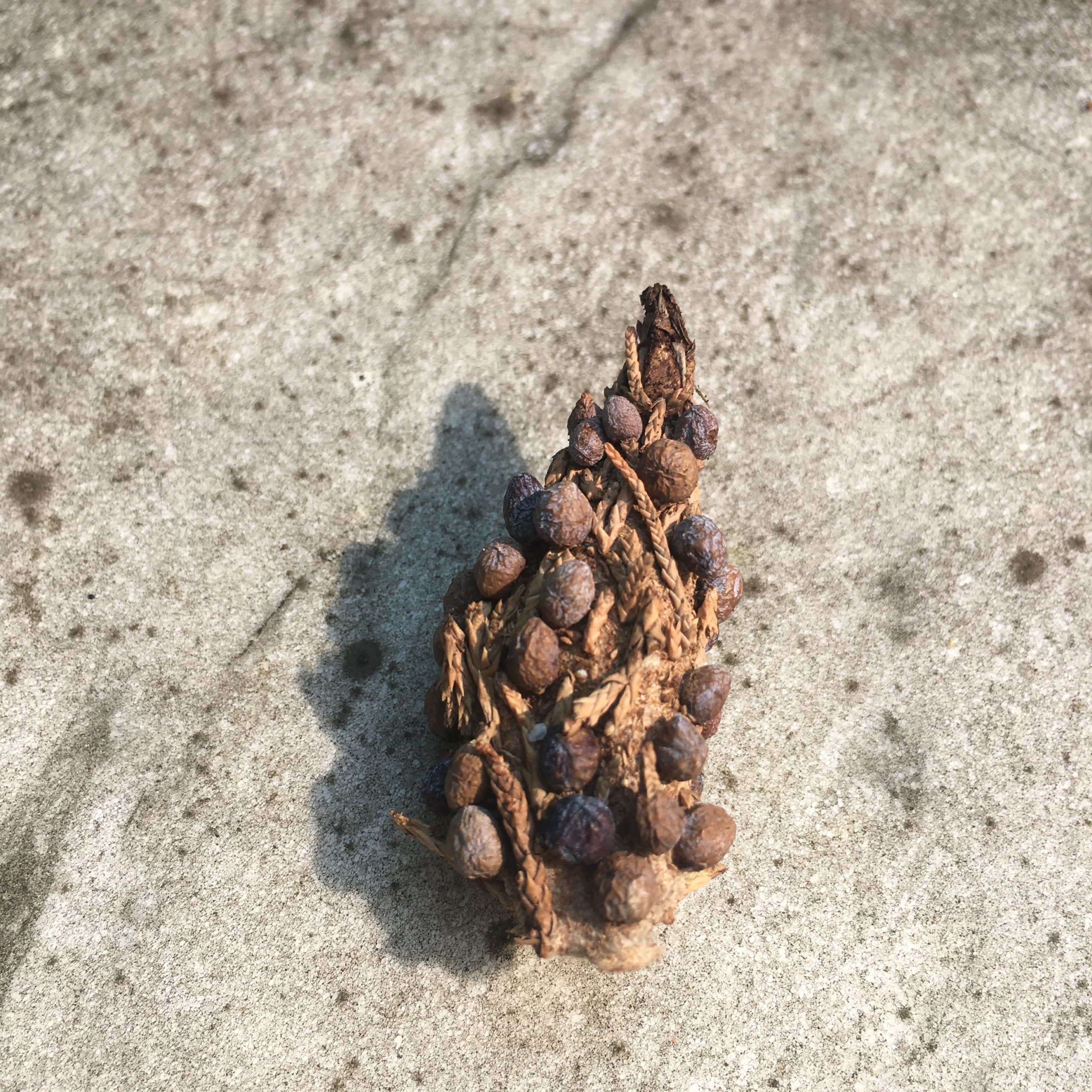 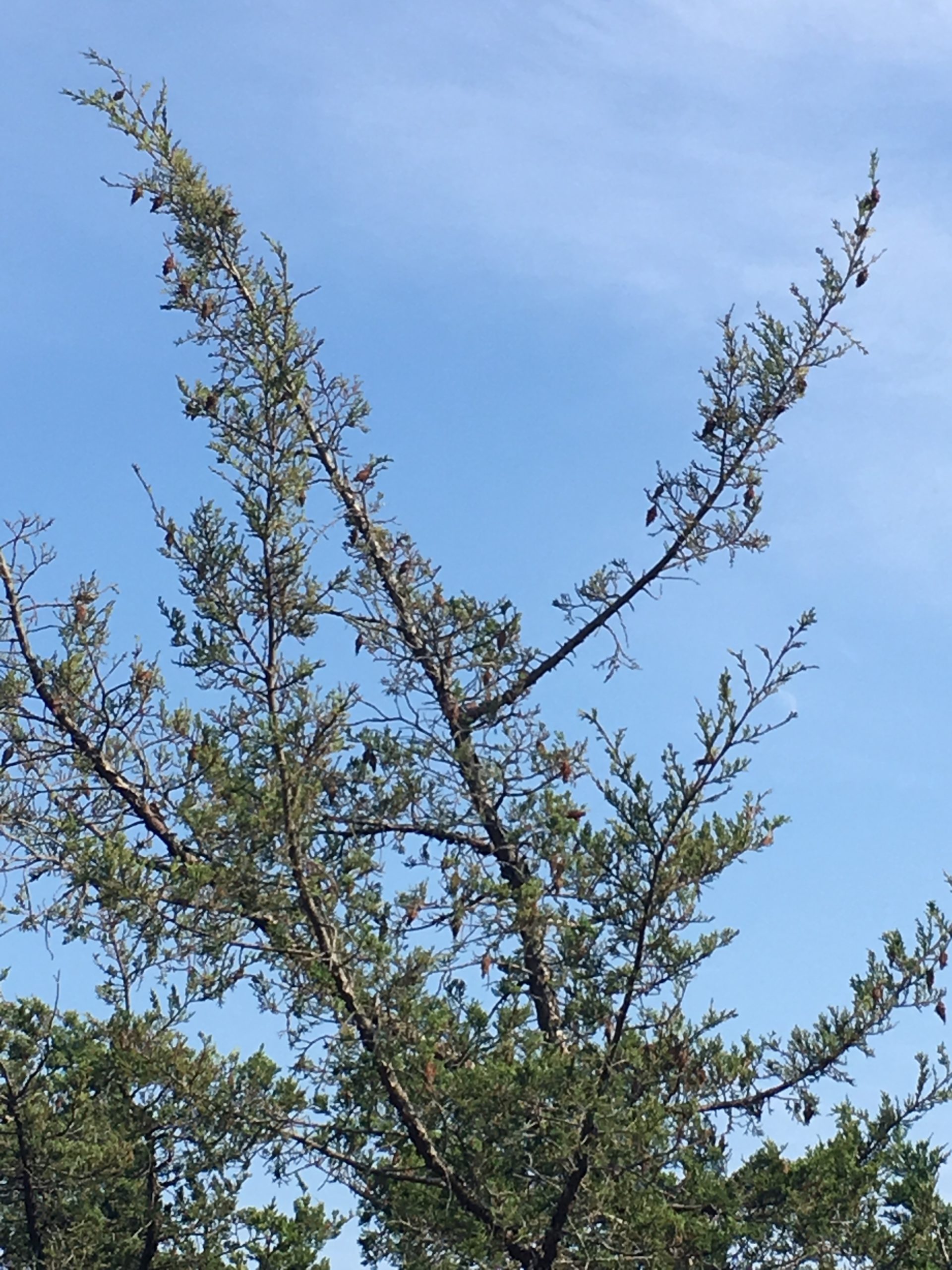 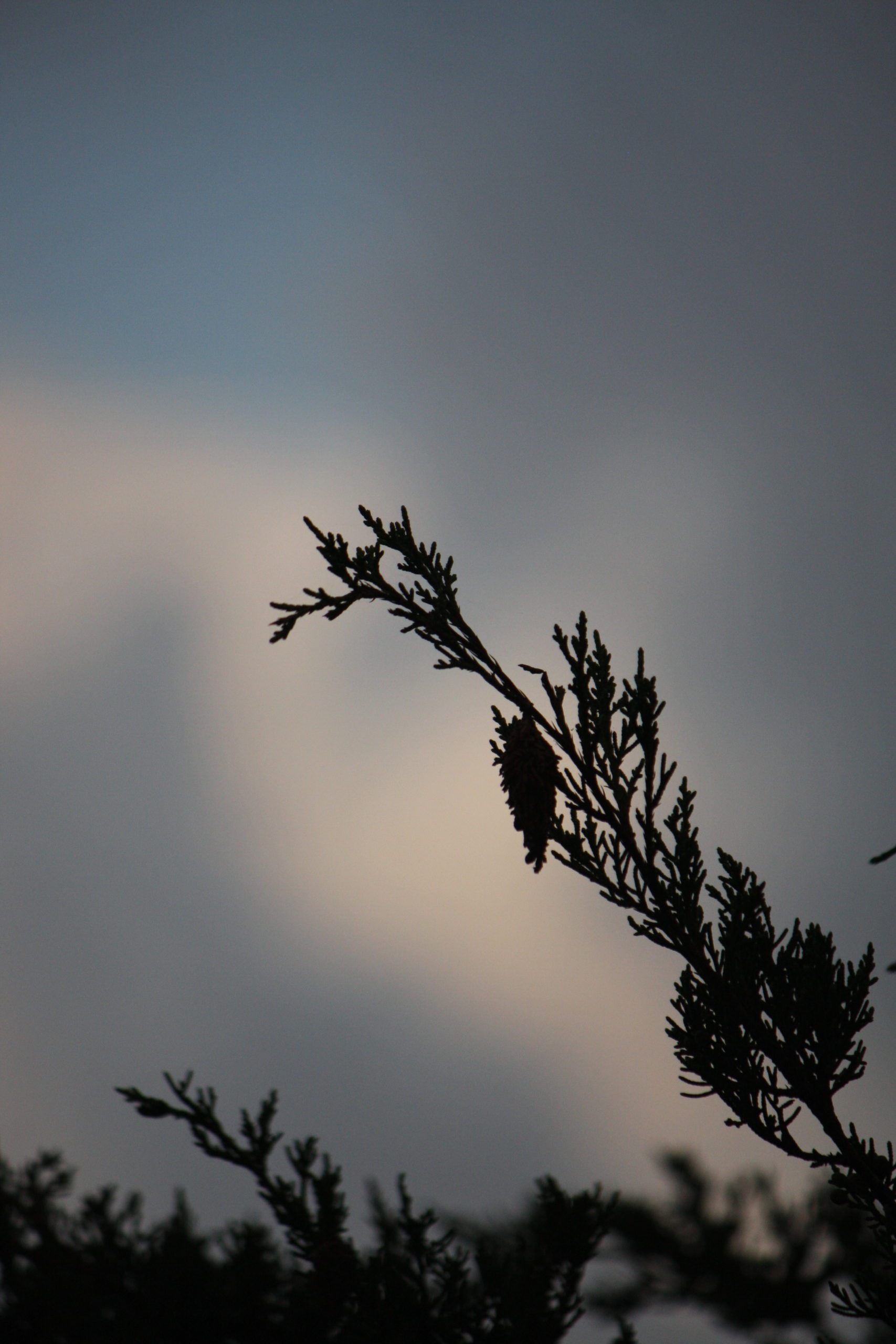 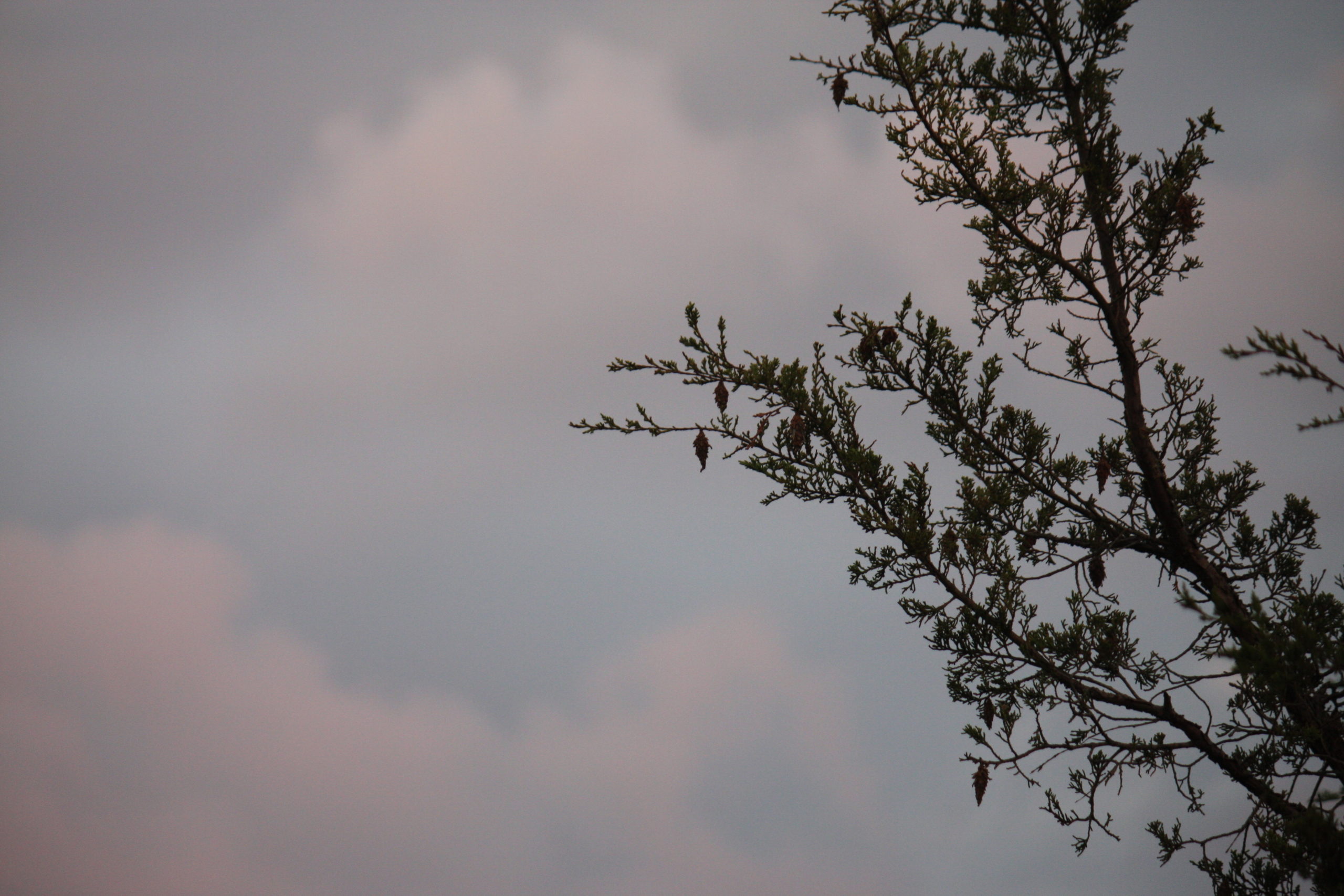 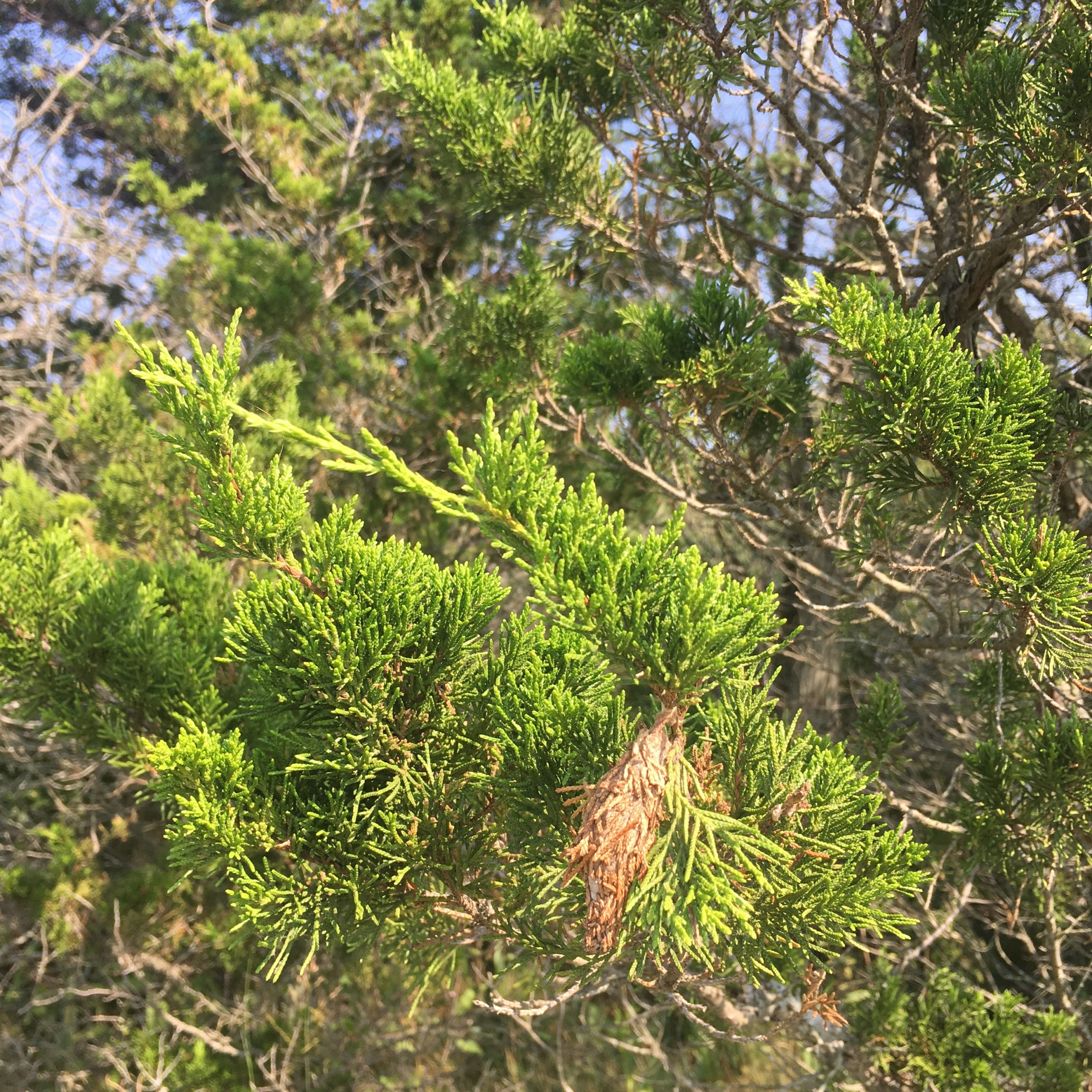 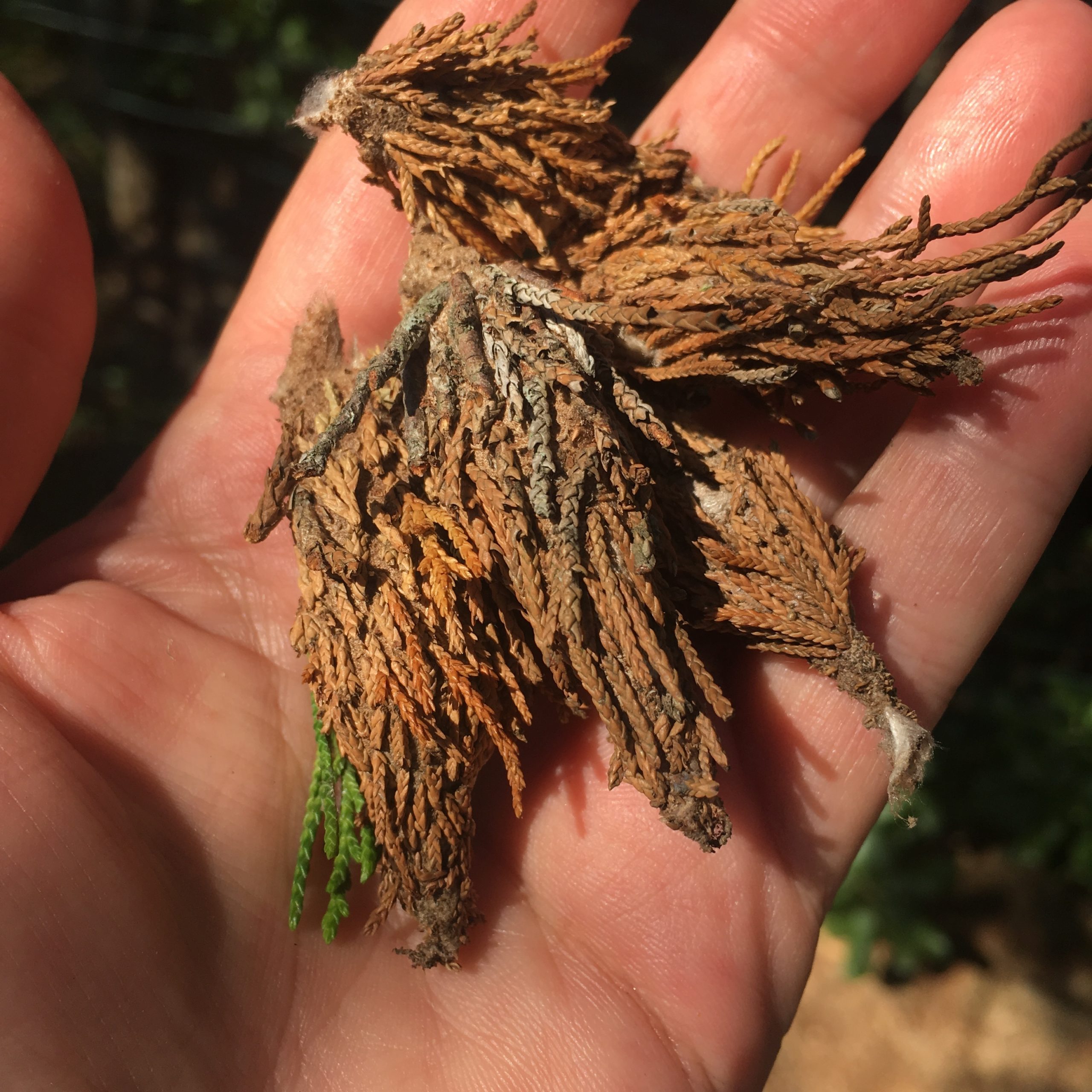 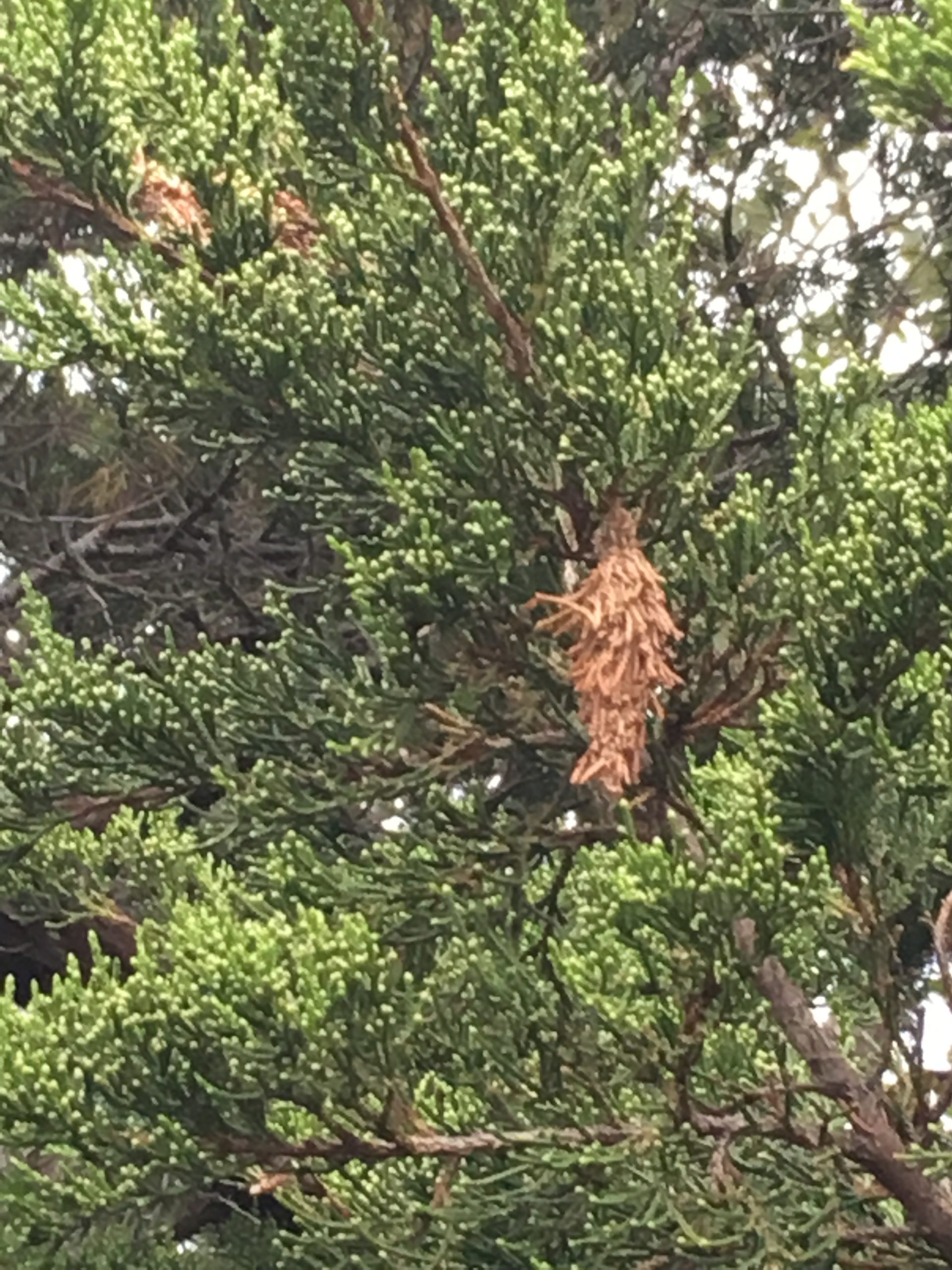 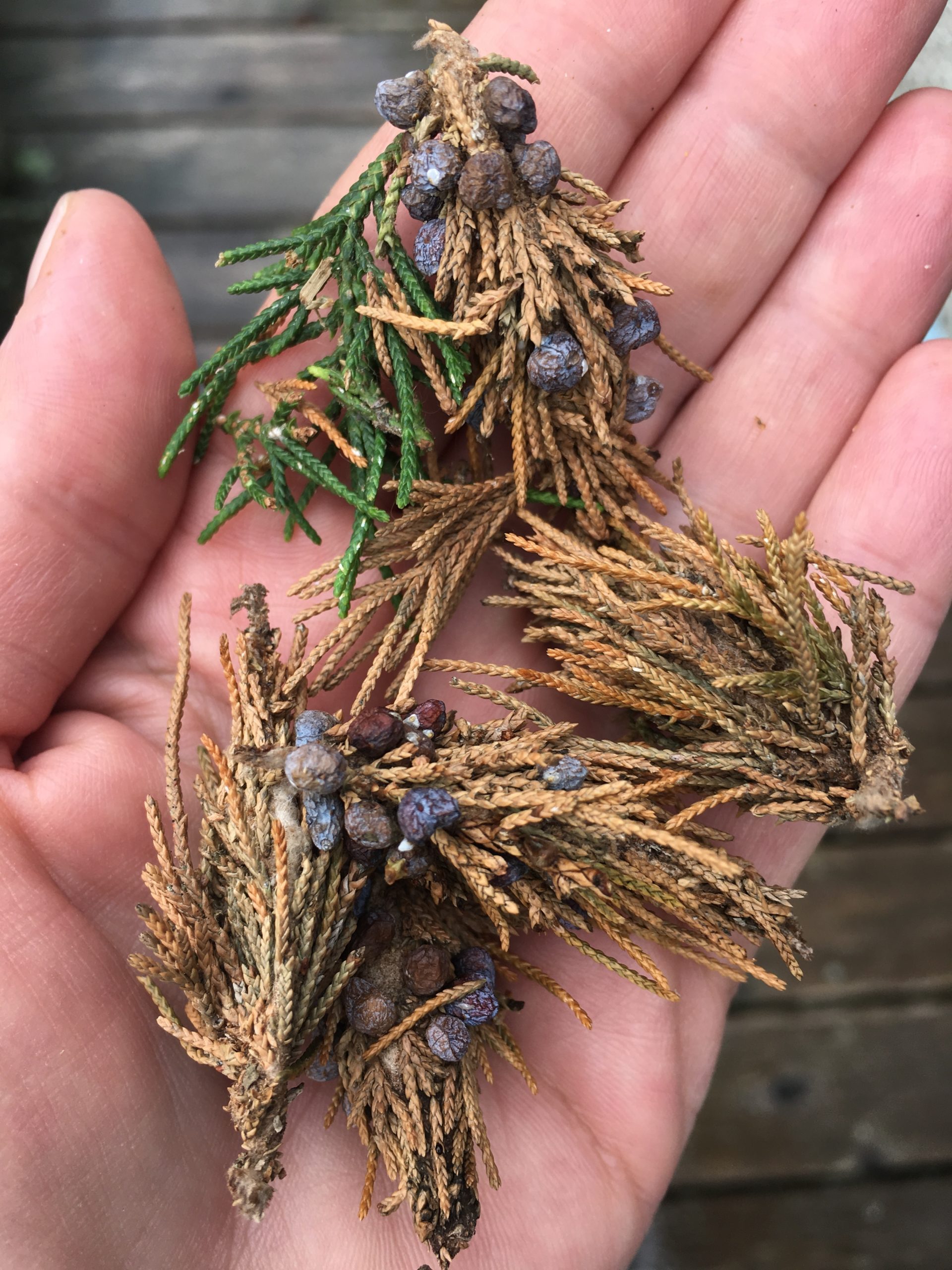 “Watch the ticks,” said a well-meaning man who sped by me on his bicycle as I picked bagworms off cedars alongside the road.

Ironic, if you know me at all. I’ve spent the better part of the past decade avoiding grassy areas alongside roads, or anywhere, thanks to a chronic case of Lyme.

Now, here I am scanning the many cedars on community property for cocoons containing worms that are eating the trees alive. Unlike, say gypsy moths, the cocoons are covered with bits of plant material so they blend in with the trees and create a type of armor as protection against predators, including pesticides.

Gingerly sidestepping the grass, I scan the evergreens for the telltale brown bags that usually hang from the branches this time of year. Sometimes they are engulfed in clumps of fresh leaves, quietly devouring them.

If not for the color, they would blend in perfectly with the trees. In fact, they have blended in perfectly, until a few weeks ago.

The bagworm cliche is true. You don’t notice them until it’s too late. “Common bagworm (Thyridopteryx ephemeraeformis), a native moth, has been increasing in the last couple of years,” said Dan Gilrein, the entomologist for Cornell Cooperative Extension of Suffolk County. “We’re near the northern part of its geographic range, and colder winters tend to knock the populations down, sometimes considerably. But this past winter was quite mild and helped continue the trend.”

The caterpillar in the bag produces its own silk, enlarging the bag as it increases in size.

“They look like miniature versions of what you see now, except the foliage on the bags is often still very green and blends in much better with the plant,” he said. “They are easily overlooked unless one is actually looking for them.”

I was not. The first sign was while tree trimming in the spring. Many branches were either severely compromised or completely dead. I put down my clippers. If I continued, I was afraid I’d have no trees left to trim.

The second sign was the massive amount of fallen needles in early summer. My husband assured me it was a natural, seasonal occurrence. I moved on, hoping for the best, but in my gut, I knew something was very wrong.

In early August, I was sitting in my living room chair, looking out the glass slider, admiring the view of my favorite cedar. I noticed a bit of the tree had fallen on the deck. Then, the cute cone-shaped object started to move.

A worm head poked out the narrow end. When I touched it, it pulled back inside the bag. I sat down again and the whole enchilada tried to squeeze through the tight slats of the cedar decking.

“The insect cleverly escapes notice by attaching bits of the plant’s foliage to the bags, where they may be overlooked or mistaken for some plant structure. At least that’s the case early on, until later in summer when the defoliation proceeds more quickly and the bags become more apparent,” Mr. Gilrein said.

Before contacting the entomologist, I contacted my landscaper friends. Jill Musnicki told me to pick them off by hand. “Just take them off. And throw away. You’ll be fine,” she said. “Maybe get a ‘grabber.’ Who doesn’t want one of those anyway?”

Surely, she was joking. There’s no way I can handpick all of these creepy crawlies. Aside from the sheer number, most of them seemed to be eating their way from the treetops, higher than any grabber is going to get me, or any ladder I’m willing to climb.

You can trust, I’ve gotten some very long grabbers and a very tall ladder.

Even if I somehow managed to get every last bagworm off the trees in our yard, what about the surrounding trees? Hence my foray into the tick abyss.

It’s bad enough the invasive phragmites are poised to take over the fields around Accabonac, like straphangers looking for a seat on the subway or summer people standing over a barstool at Nick and Toni’s, pre-COVID.

Landscaper Kate McCarty sent me to Mike Gaines of CW Arborists, who was nothing but supportive. Still, he had his doubts that there was anything to do except handpick until next spring when the little worms are easier to target.

When we purchased our home 20 years ago, I fell in love with the red cedars surrounding the property. Two rows reached skyward toward each other and formed a dreamy green tunnel. They offered protection. In return, I promised them the same.

Entomologists agree the insect is a strange kind of moth. Females never grow wings or leave their bags. The males emerge as small dark moths with clear wings in late summer, or early fall, mate with the females in the bag and then die.

A female mummifies around her 500 to 1,000 eggs, which will remain in the bags through winter, hatching around late spring. The tiny caterpillars may blow to other plants nearby, called “ballooning,” or remain where the parents were feeding.

They love evergreen conifers like eastern red cedars, other junipers, and arborvitae, but will also feed on many other kinds of landscape plants. “I have seen them causing damage to birches and oaks, for example,” Mr. Gilrein said. “Often when done feeding (or if the plant is defoliated) the caterpillars will wander off, while enclosed in the ‘bag’, to rest or find new food sources.”

Around this time of year, they stop feeding and the damage is done for the year. “The best way of managing these is to remove the bags by hand and destroy,” Mr. Gilrein said. “I realize in some situations they can be too numerous for that to be practical or possible.”

I’ve been drowning them in a bucket of soapy water and taking them to the dump. From there, I am told, they are incinerated.

Bacillus thuringiensis kurstaki, an organic-compatible control labeled for only caterpillars, can be applied if necessary. However, it’s best used in early summer when bags are small.

“Bt insecticides only work when ingested by the caterpillar; they do not work on contact. So just spraying the bags doesn’t control them,” Mr. Gilrein said. “The caterpillars inside have to actually feed upon the treated foliage.”

“Unfortunately most people see the damage/defoliation and the bags around this time when it is unavoidably apparent and then want to do something, but the time to treat is earlier when they are still actively feeding,” he added.

When done feeding, the caterpillars may wander, bags attached, and settle on other plants, benches, walls or objects nearby. Indeed, some chewed their way out of an insulated plastic bag. I found them hanging from my husband’s bike.

When the eggs hatch in spring, the tiny white caterpillars emerge and produce a very strong silk that carries them on breezes to nearby plants.

It doesn’t take long for a large infestation to cause serious damage since each bag contains so many eggs. “It is still worth removing the bags, even if there is a neighboring infestation,” Mr. Gilrein said. “That will at least reduce the population you’re starting with next summer.”

Conifers don’t tolerate heavy defoliation well. The overall health and age of the tree, as well as the care it has received in the past and continues to receive during recovery, will determine the outcome.

Mr. Gaines has made a plan for our trees starting next spring. I wish I had hired the arborist earlier to keep an eye on the trees that I hold so dear, but I have to let the sadness go. Mother Nature is in control now. I can only watch and learn from her.

For now, I am buying as many native asters as I can afford. They should be hitting the local nurseries any day. Placed near the trees, they attract a parasitoid wasp that can help to regulate the bagworm population.

“They have their own ups and downs too,” Mr. Gilrein said. “It seems like conditions must have been conspiring for one and less the other, but I would expect the natural enemies to eventually take over, and that may include winter weather.”

Apparently, it takes a 24-hour period at -0.6 degrees Fahrenheit or below to kill the eggs, so I’m hoping for a deep freeze, albeit a short one.

I’m also hoping that when the swallows swoop through this fall, as they do in large flocks, they’ll discover the bagworms and have a field day. Woodpeckers and sapsuckers are also welcome to feed on the bagworms.

I’ve signed up for bagworm alerts with the USA National Phenology Network at usanpn.org/data/forecasts/Bagworm, which closely tracks bagworm details.

In the meantime, I’ll continue to pick. And watch for ticks.