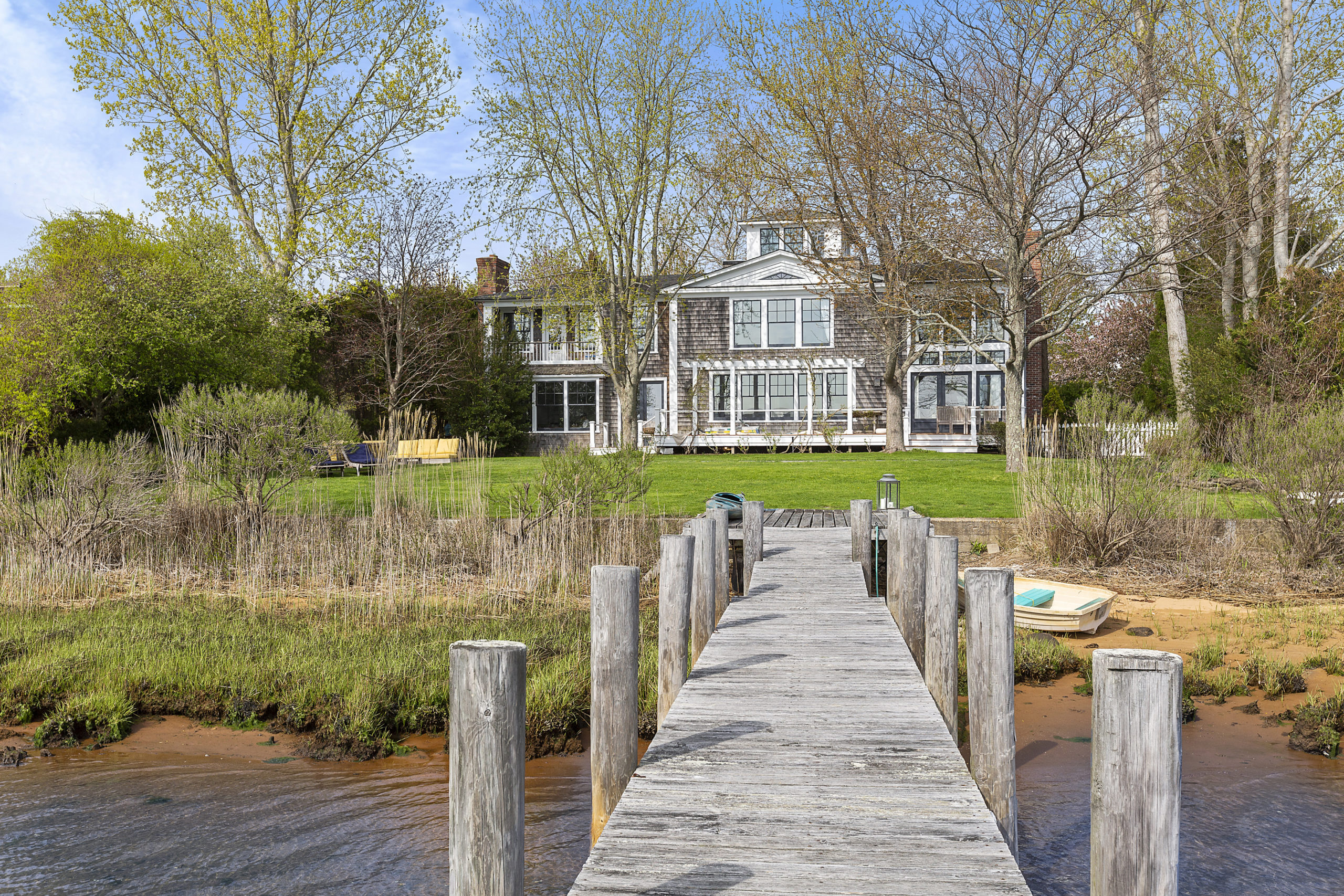 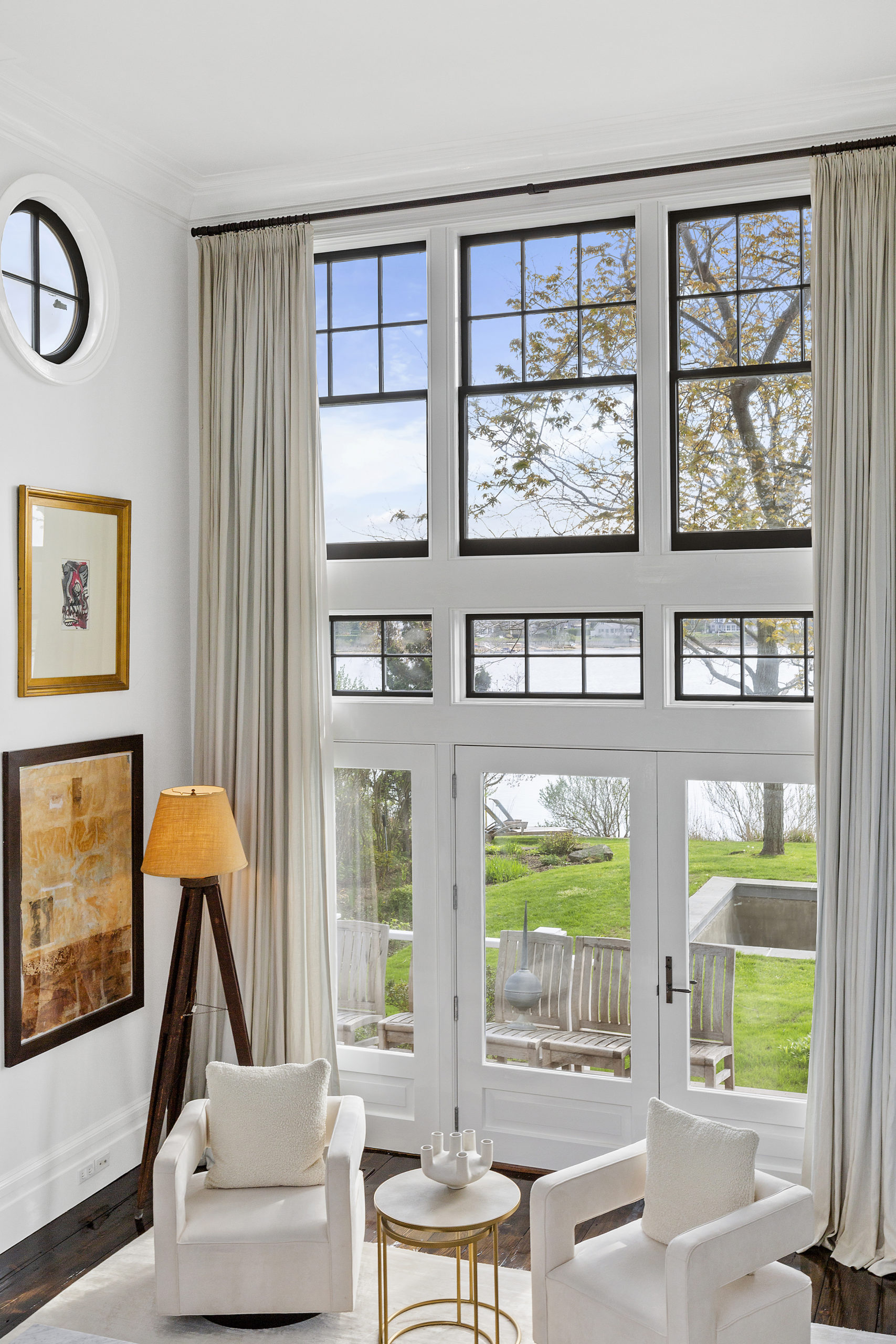 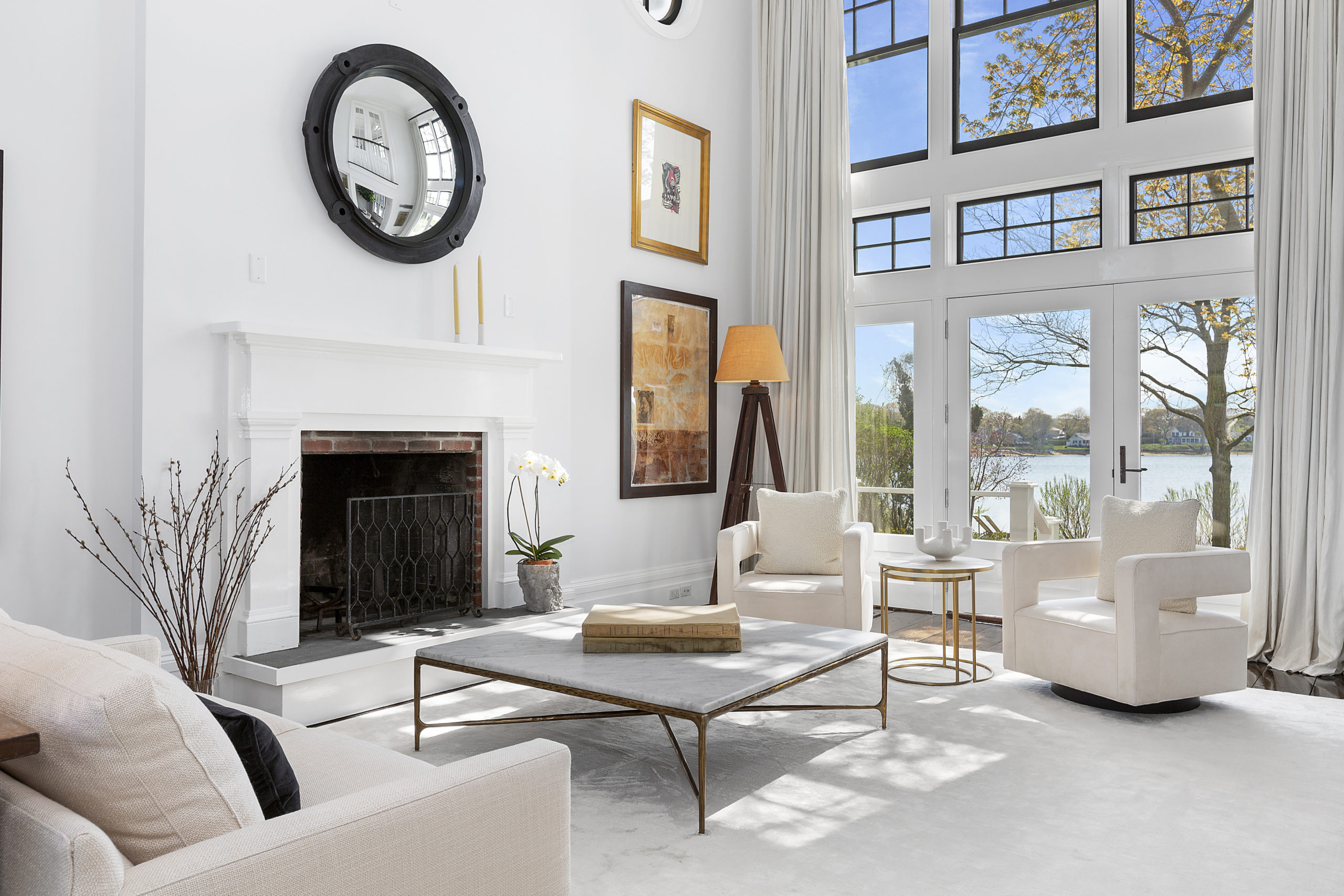 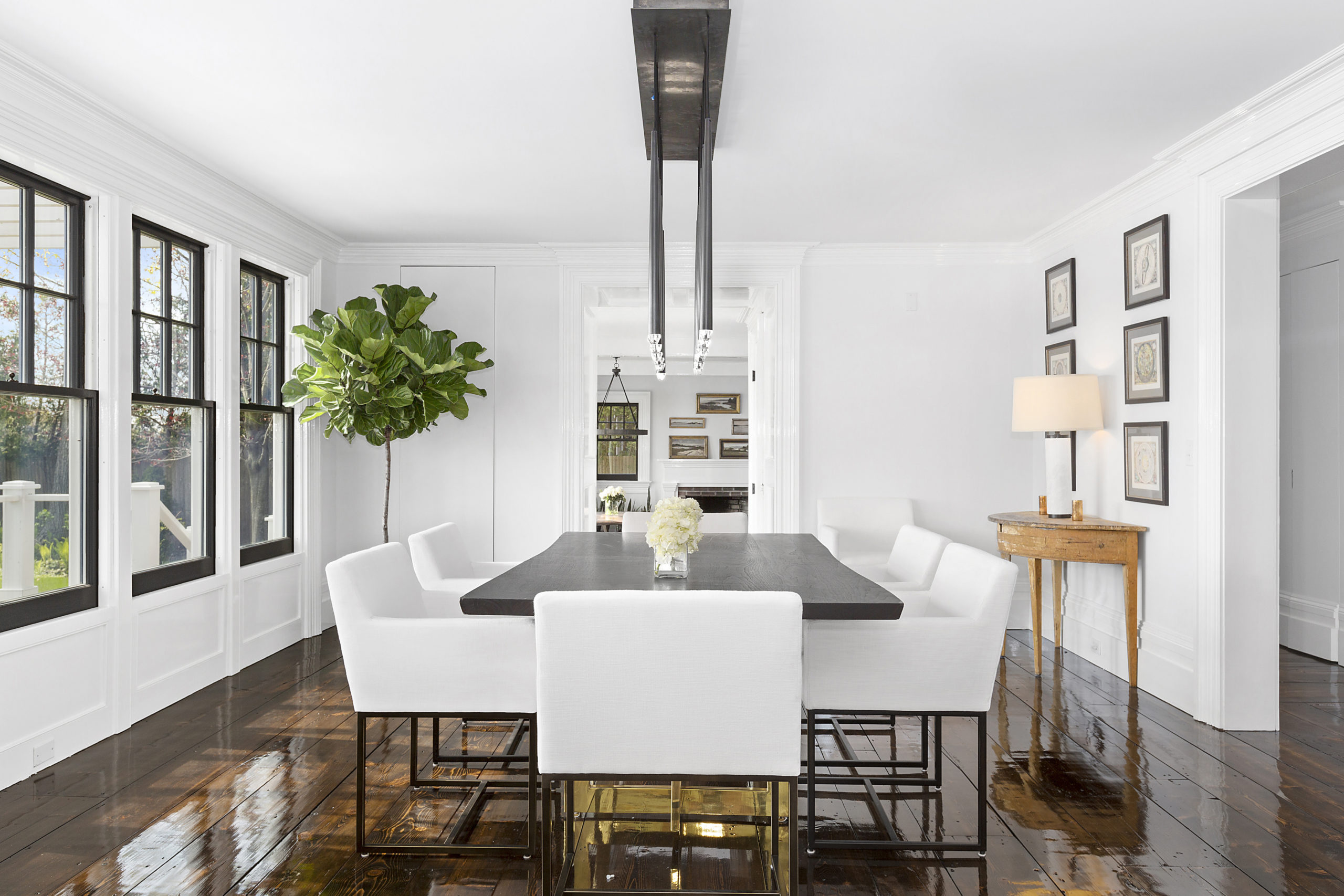 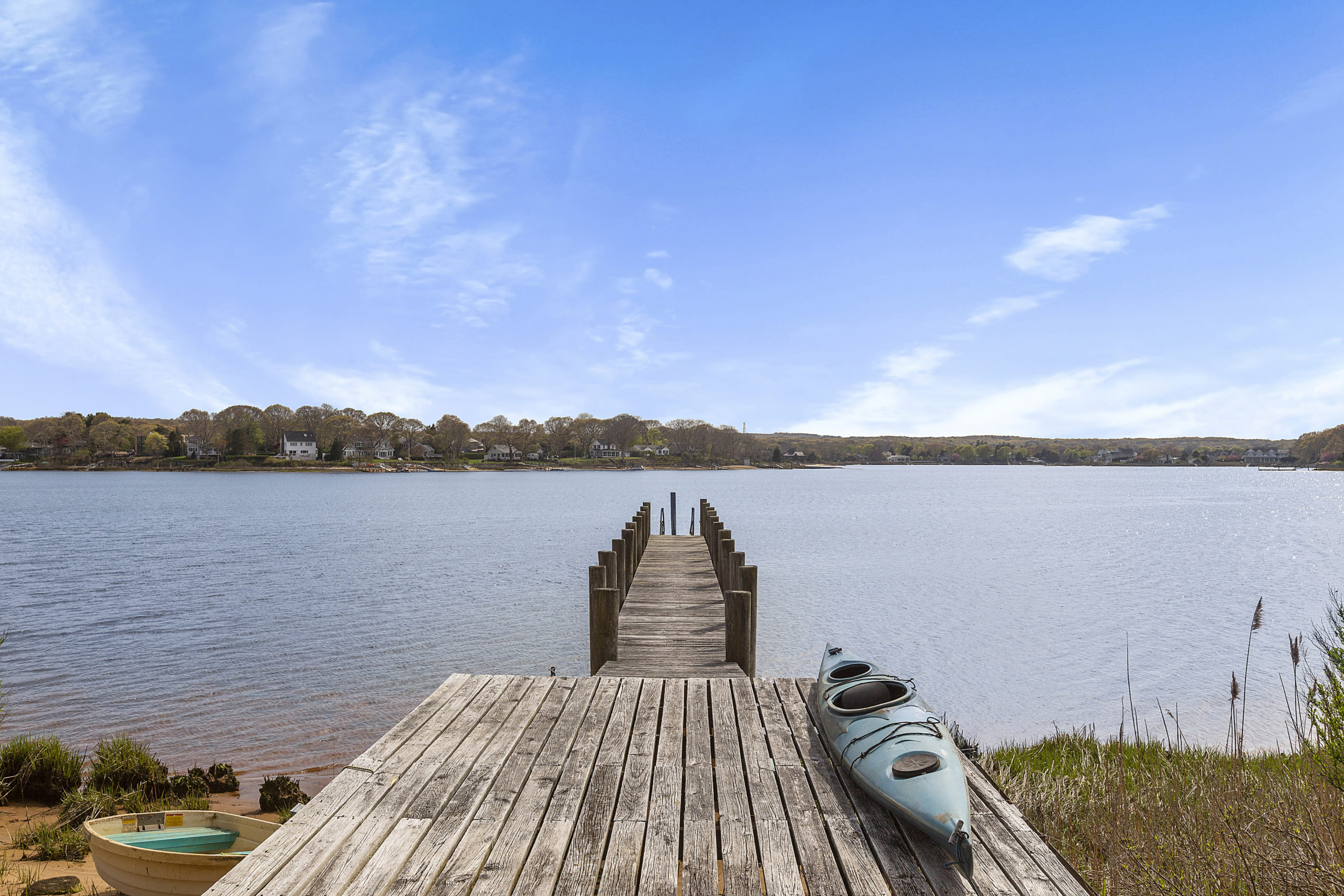 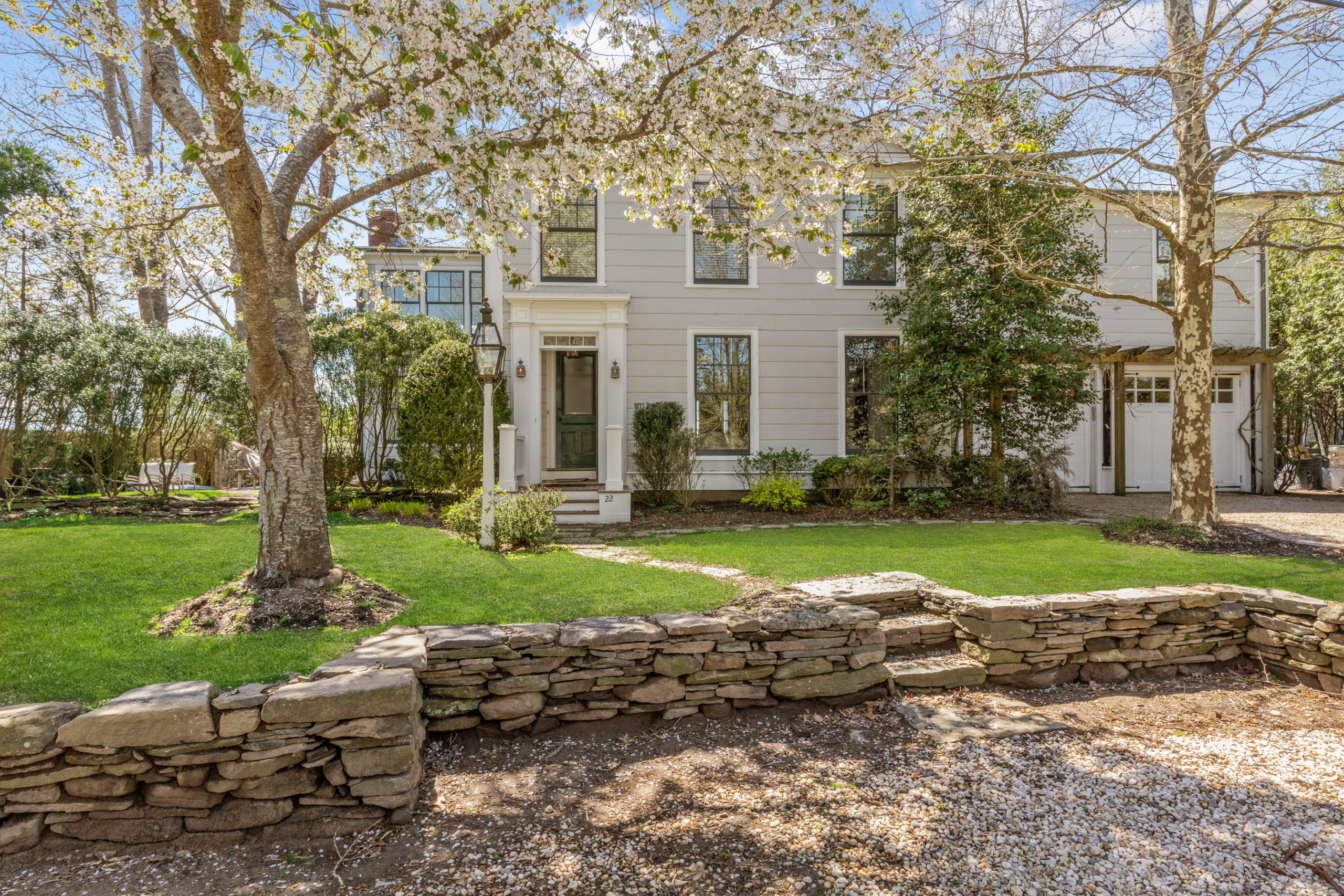 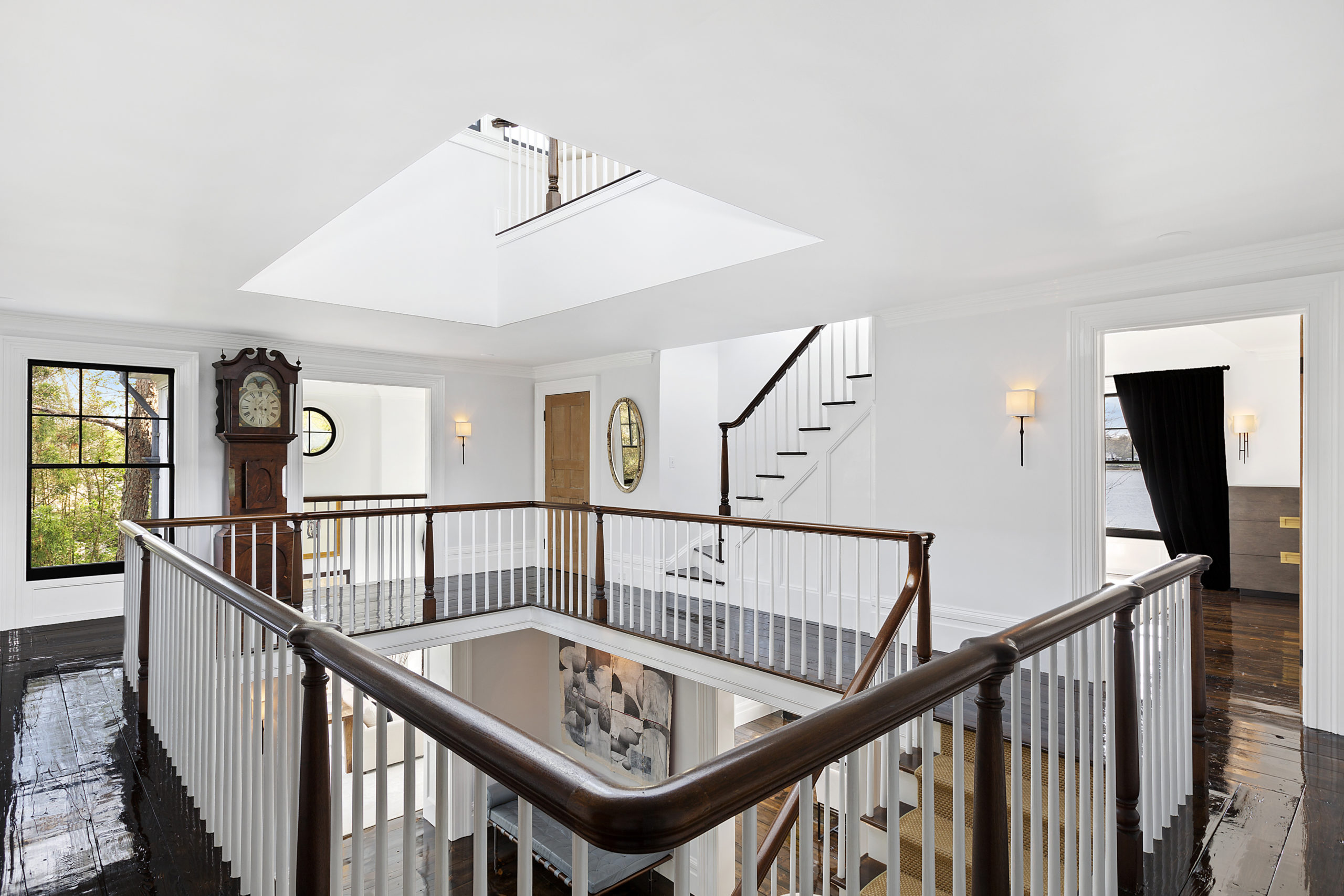 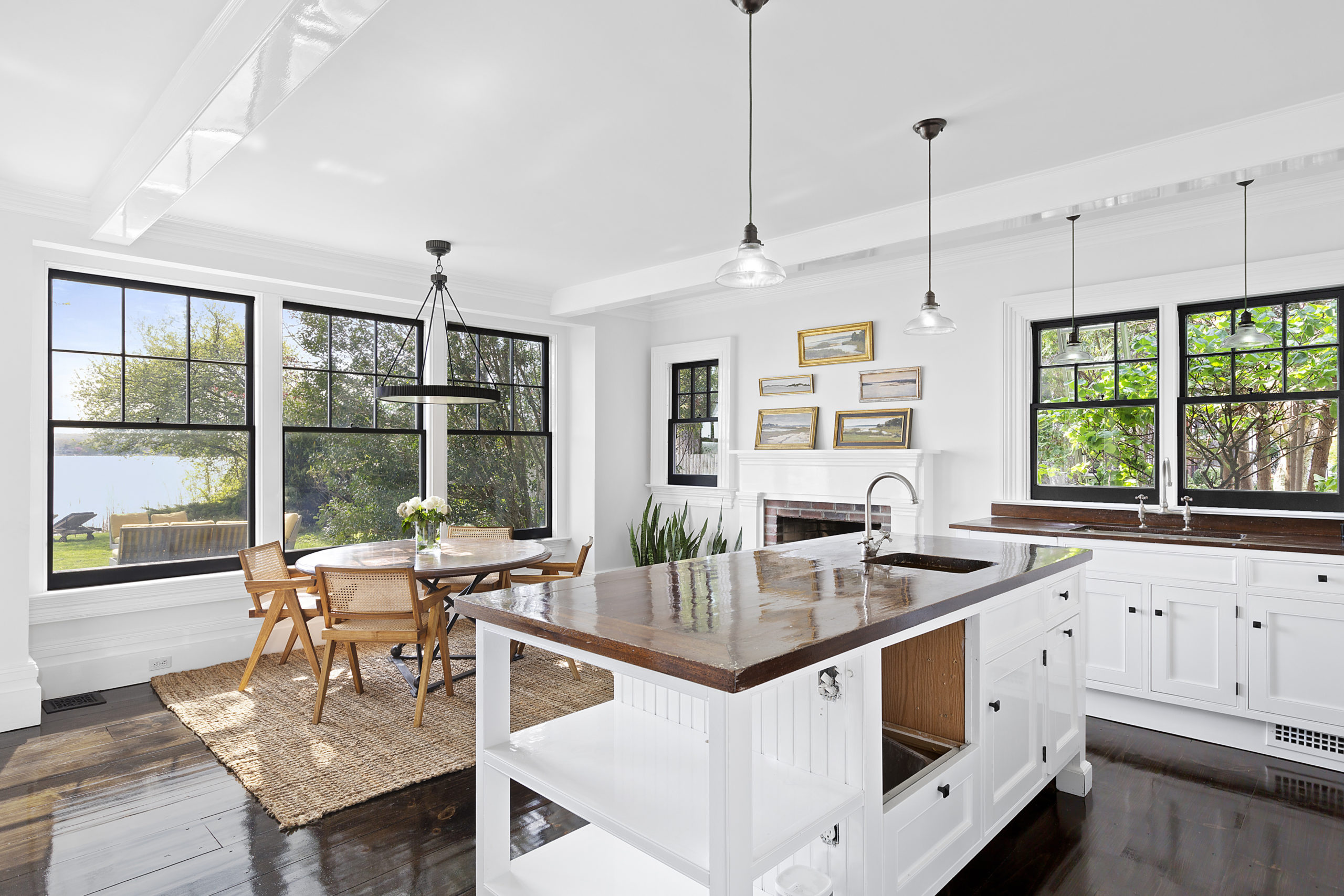 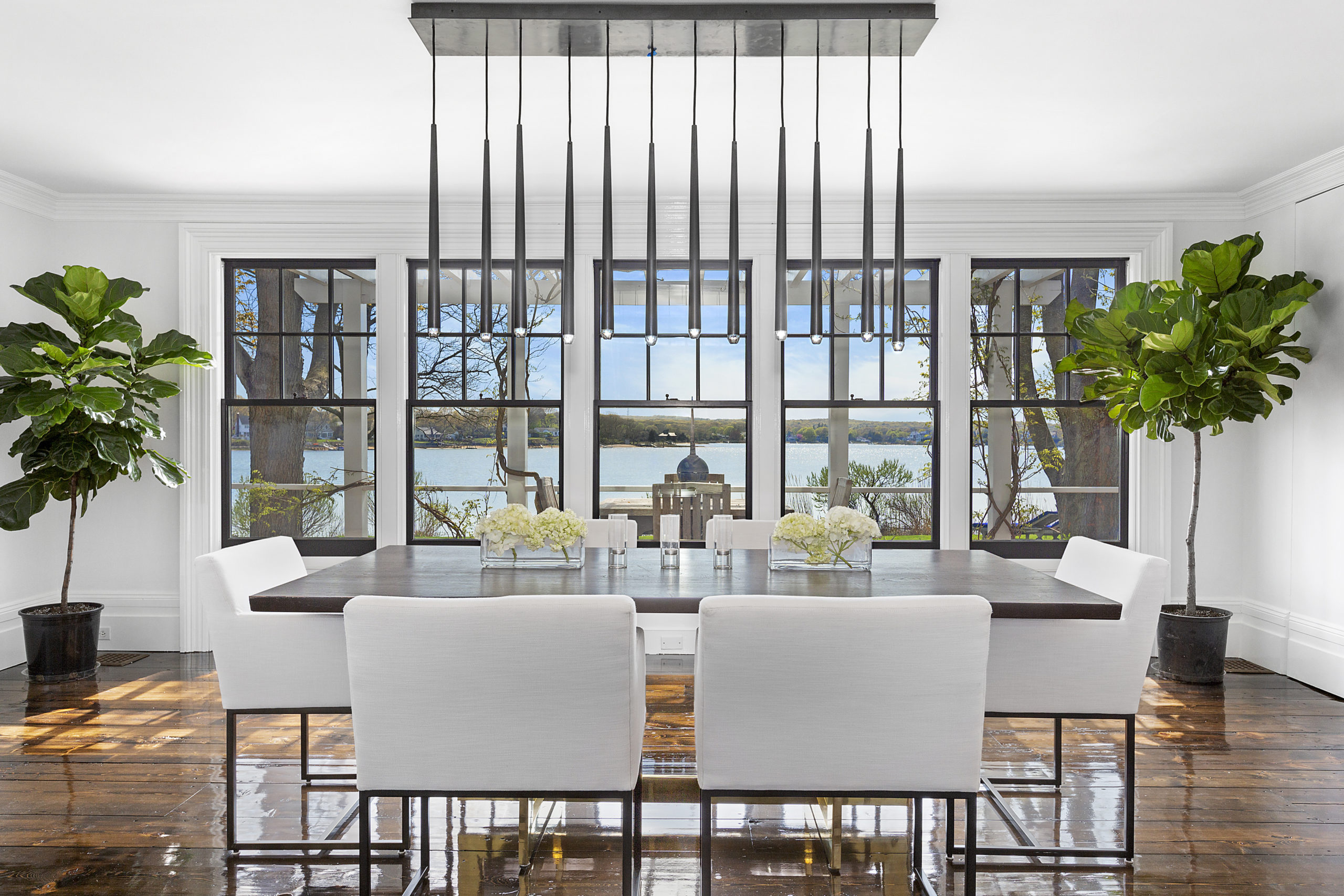 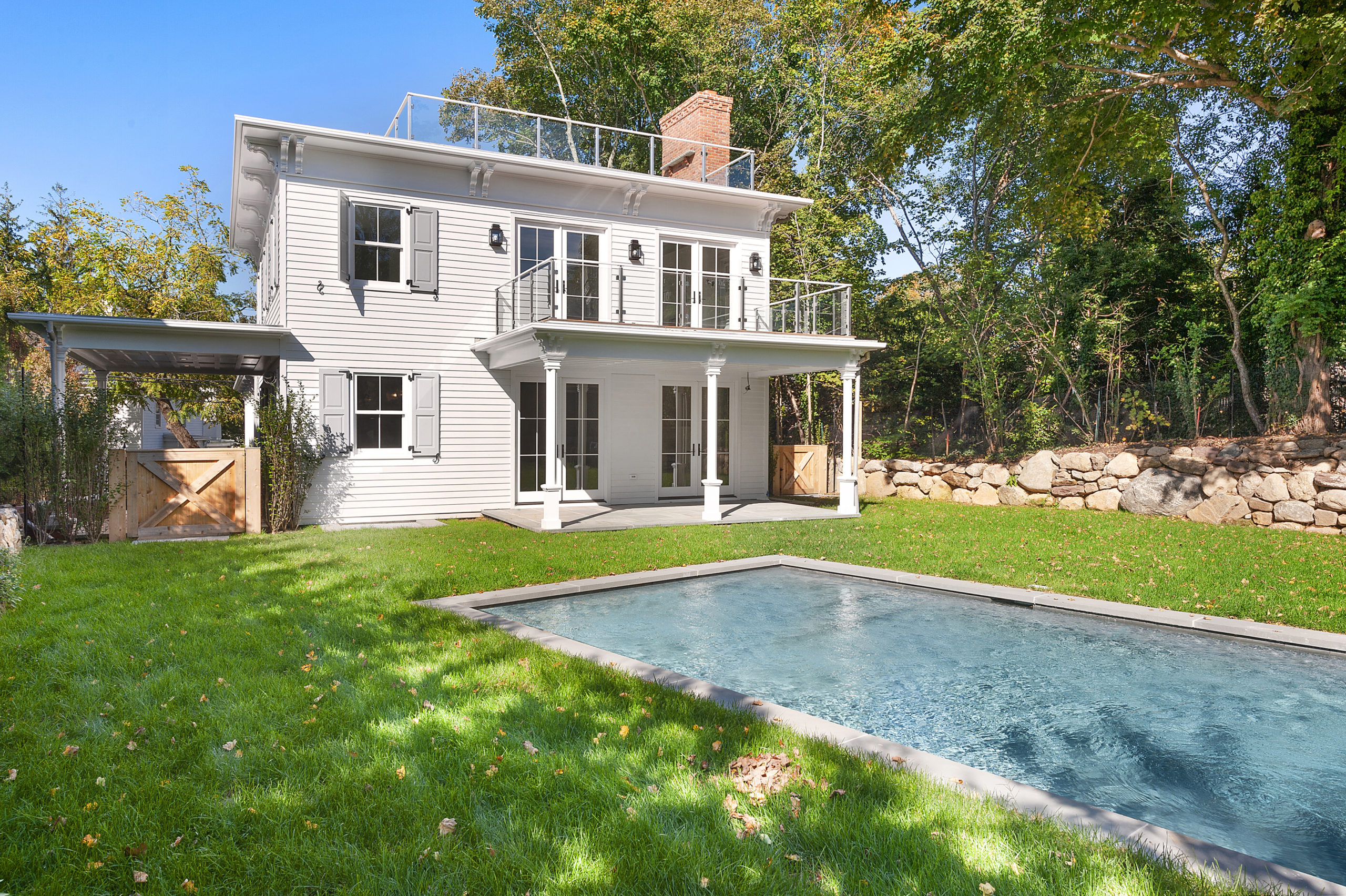 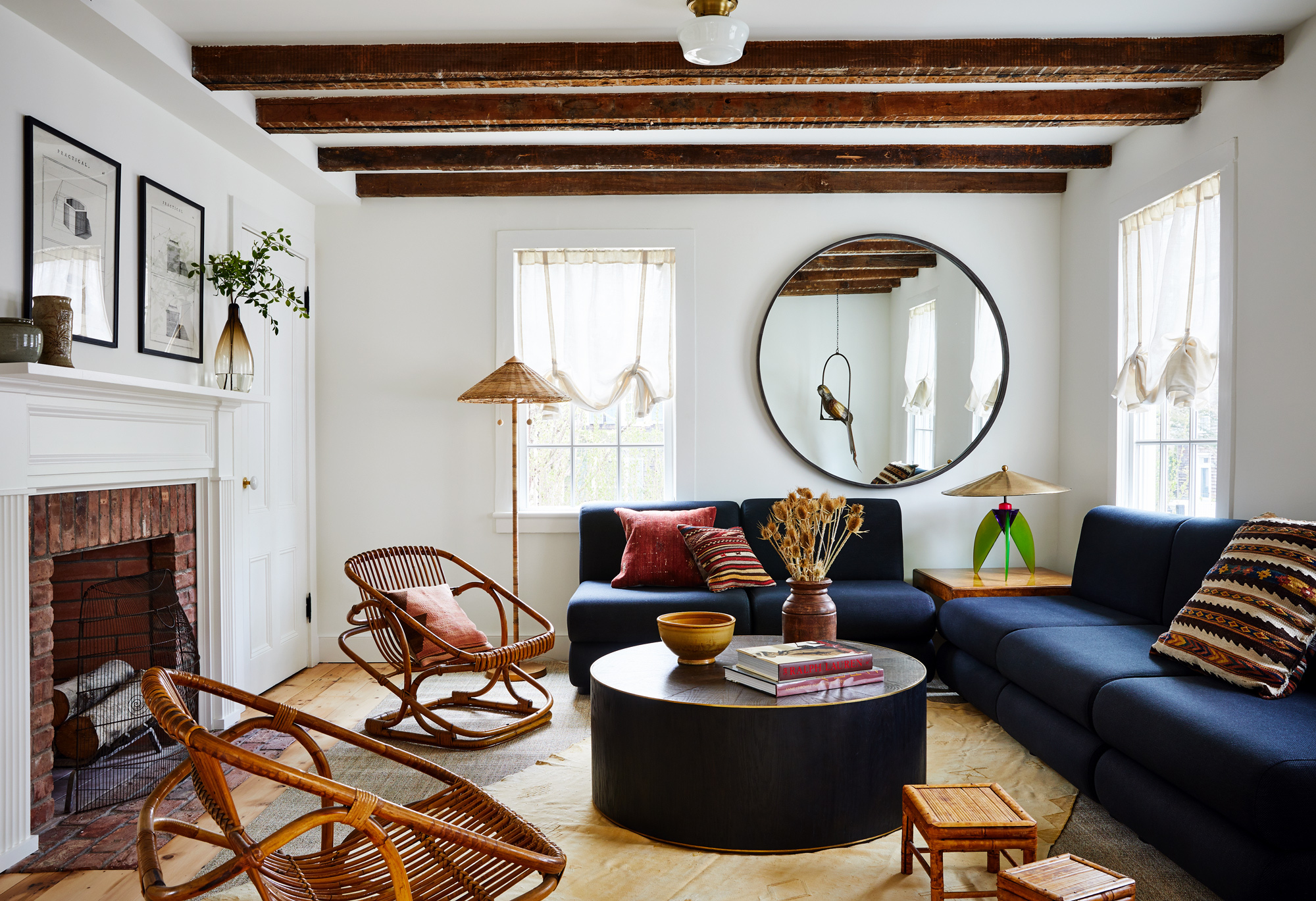 A 1972 Sag Harbor Village home that was renovated and transformed by developer Bob Tortora for his personal use sold last month for $9.15 million, according to Douglas Elliman.

At 22 Vitali Cilli Avenue, the three-story home fronting Upper Sag Harbor Cove and known as Sagmere comes with a dock and a waterside heated saline pool. The house has clapboard siding, designer interiors, and outdoor spaces on each level, including decks, terraces and patios.

The floors are reclaimed wide-plank wood with high gloss and dark polish, and there are historic accents throughout the residence. Enter at the triple-height foyer and visit the water-facing gathering rooms, including a double-height great room with a fireplace and a formal dining room.

Walls of glass allow for abundant light, and the first floor also offers a den, a powder room, a professional chef’s country kitchen with a large center island, a six-burner Viking stove, a Traulsen refrigerator and a separate pantry. The rear deck off the first floor has a pergola overlooking the pool.

Heading upstairs, off the landing gallery is the master suite with a dressing room/office, a private water-facing deck, walk-in closets and a marble bath. Three guest suites round out the second floor.

Also among the amenities are an attached two-car garage and a 140-foot dock with water and power.

It was originally listed for $10.5 million in 2019 and was last asking $9.5 million. Gioia DiPaolo of Douglas Elliman had the listing when it sold.

Another big sale in Sag Harbor last month was 6 Union Street, the Captain John Hulbert House, for $6.41 million. Listed with Scott Strough and Kathleen Zappola of Compass, the circa 1760 restored landmark property is a 6,000-square-foot Greek Revival with extensive custom millwork and period trim plus plaster walls and 10-foot ceilings.

The four-story home is served by two staircases and an elevator. It has five en-suite bedrooms, a Cuiffo kitchen, original 18th century exposed beams, eight working masonry fireplaces, a Control4 sound and automation system, a 600-square-foot outdoor roof deck with fireplace, a full bar and a lounge area on the third floor, a butler’s pantry with wine storage, security integration with video retrieval and CAT5 communications wiring.

The grounds were designed by Calyx Landscape Architects and incorporate the original foundation stone throughout the green space. The 16-foot-by-36-foot heated gunite pool and spa is surrounded by bluestone.

Also in Sag Harbor, a historic home at 47 Howard Street recently went into contract with a last asking price of $4 million. The 2,825-square-foot residence built in 1865 underwent a luxury renovation by developer Ethan Feirstein and was staged by ASH NYC. It had been listed with Cee Scott Brown and Jack Pearson of Compass.