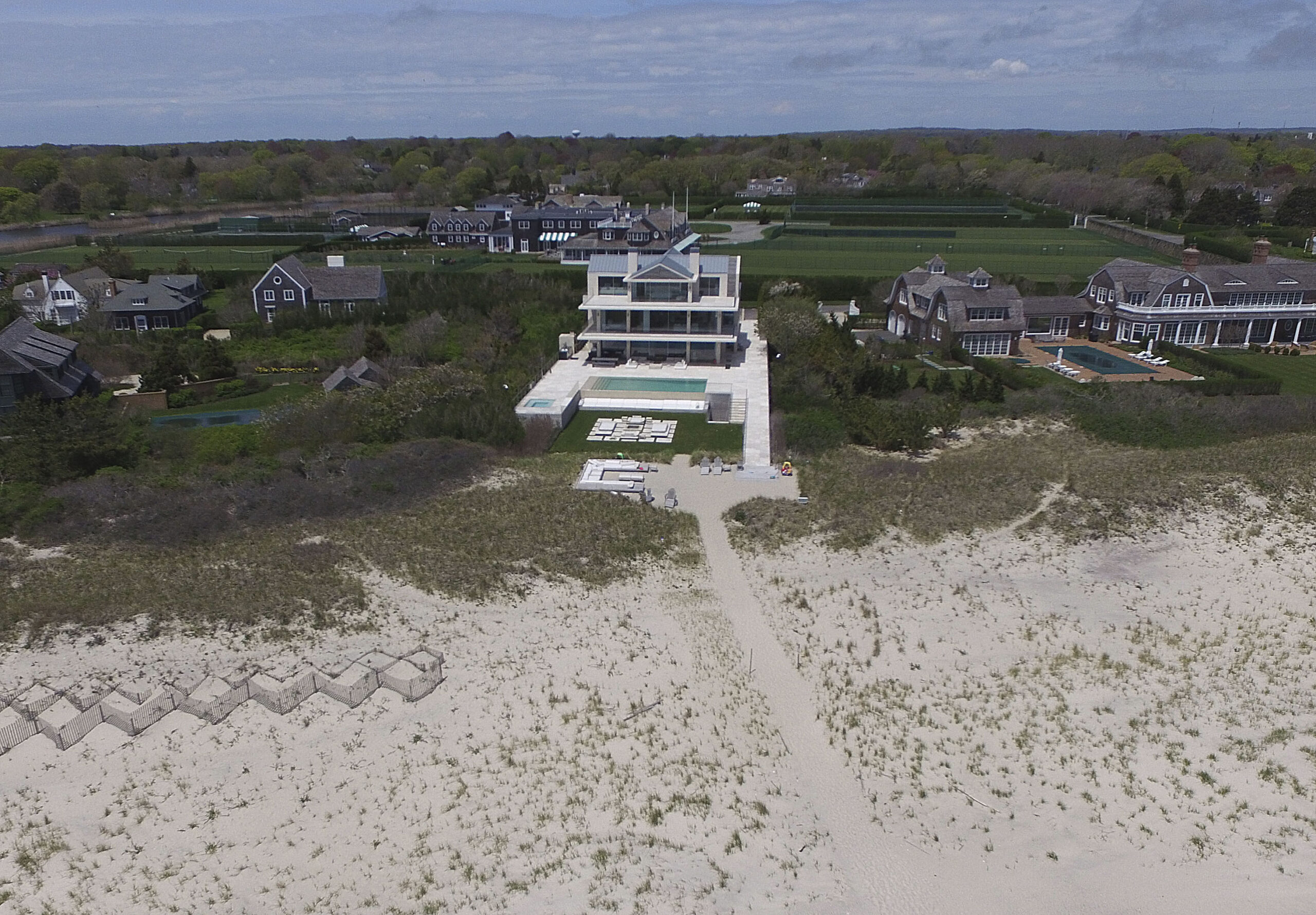 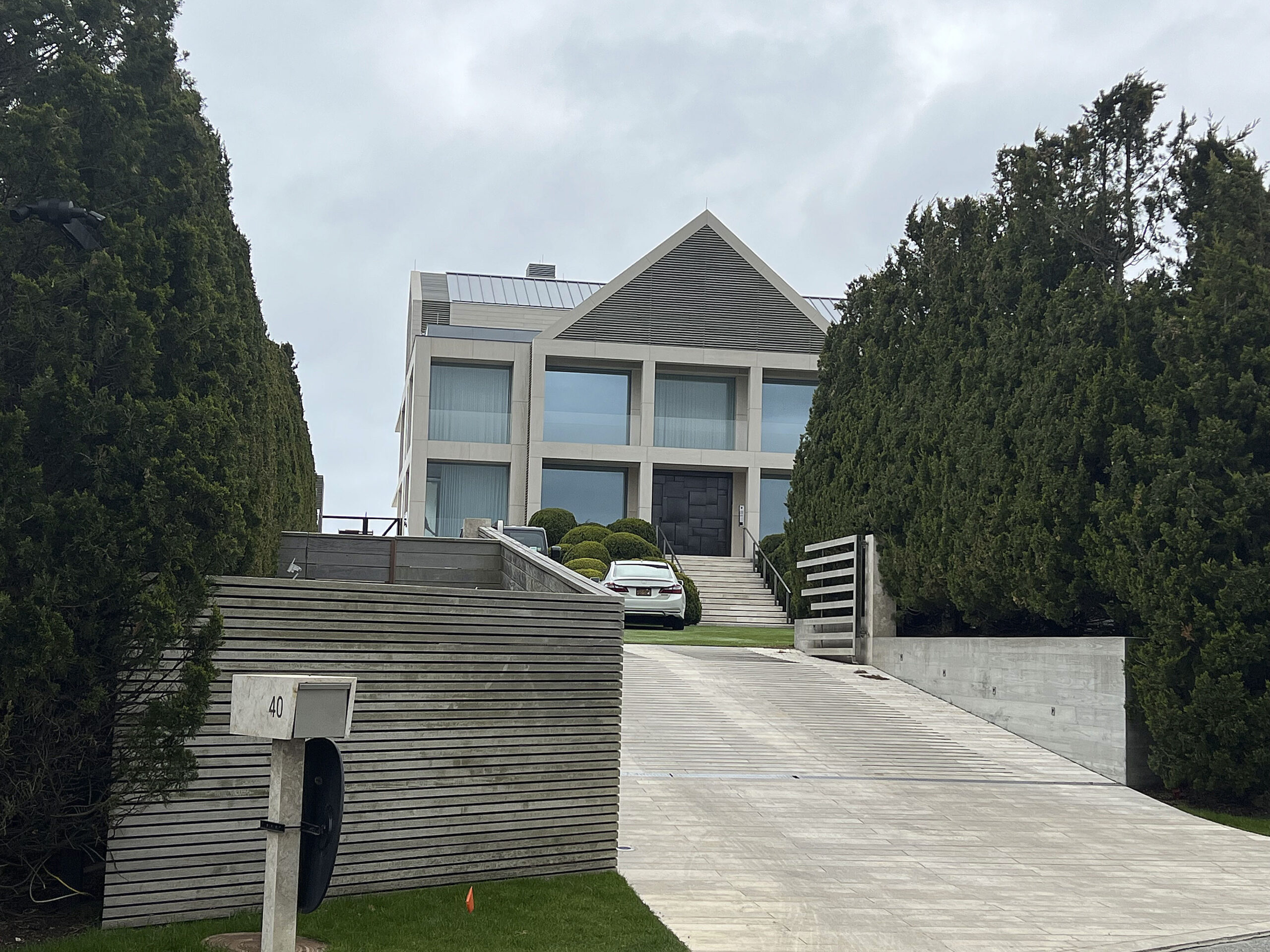 The Southampton Village Zoning Board of Appeals, in a 4-0 vote, denied New England Patriots owner Robert Kraft’s application for height and sky plane variances he wanted so that he could install an elevator inside his residence at 40 Meadow Lane.

It wasn’t the elevator itself that the board found objectionable, but the proposed dormers that would be added on to the structure to accommodate the elevator shaft. The board members also questioned whether the residence’s existing third floor was a full third story, which is not permitted, rather than a half-story.

Kraft purchased the seven-bedroom, nine-and-a-half-bathroom oceanfront residence for $43 million last year. When it was built a few years ago, neighbors had objected to the height of the new structure — 53 feet above sea level and 40 feet above grade — and the village subsequently adopted a more restrictive sky plane law that would prevent it from being approved today.

Attorney Michael Sendlenski, representing Kraft’s limited liability company Smithtown Partners LLC, previously told the ZBA that his client requires the elevator due to mobility issues. He argued that the need for accessibility could not be considered a self-imposed hardship on the owner’s part under the five-part test that the board must apply when weighing applications for variances.

ZBA Chairman Mark Greenwald noted during the board’s June 14 meeting that the proposed alterations to accommodate the elevator would pierce the sky plane further and increase the height of the residence.

Board member Susan Stevenson said the building already appears high, is very vertical and is taller than other buildings in the area.

“It is visible from Coopers Beach parking lot — which is pretty far away, really — when you are driving from west to east on Meadow Lane,” she said. “Coopers Beach is deemed to be the most beautiful beach in the United States, so I don’t think it’s actually wonderful that it will be an even more visible building from that public area. In addition, I don’t think it’s in the interest of this area, which is a historic area — even though this building is not historic — to further increase the height.”

Fellow board member Julia McCormack agreed: “The home as it currently exists is already out of scale to the other homes in the neighborhood, and to exacerbate that in any way is not in keeping with our obligation to allow the very least in variances,” she said.

Member Luke Ferran also agreed and added that the residence at 40 Meadow Lane is also visible from First Neck Lane.

Greenwald, citing the five-part test, asked the board members for their thoughts on whether the benefit the applicant is seeking — an elevator — could be achieved by another feasible method.

Ferran, McCormack and Stevenson said it was their understanding that the homeowner’s architect had previously confirmed that an elevator could be installed inside the home without adding on to it. In that case, Kraft could still have his elevator, but no variance or at least less of a variance from the ZBA would be required.

The application asks for permission to pierce the side yard sky plane by an additional 2,830 cubic feet. Under the new sky plane law, the residence already exceeds the sky plane by 32,825 cubic feet.

Another part of the test is whether the request for an area variance is substantial.

According to Greenwald, the request is indeed substantial and he said there is also the “strong possibility” that a greater variance is required, raising again the question of whether the third floor was a half story or a full story.

“It is, by definition, a substantial request,” McCormack said. “And piercing the sky plane at that proportion is not something that I believe this board has done over the past several years.”

Ferran said that putting aside his belief that another variance request needs to be explored on the property and “looking only at what the applicant asked for, it’s substantial by any metric.”

Greenwald then raised the fifth part of the test: Was the applicant’s hardship self-created?

Stevenson pointed out that the applicant bought the house a little more than a year ago. “The applicant had every opportunity in buying the house to understand the conditions of what he was buying,” she said. “If that was a mistake — we’ve all made mistakes — I don’t know. But I think you have to take responsibility when you buy a property for what you bought.”

Greenwald quoted from the state law governing zoning boards of appeals: “All of these factors are what we consider when we are balancing the benefit to be realized by the applicant against the potential detriment to the health safety and general welfare of the neighborhood or community if the variance were to be granted,” he said.

“There is no question that anyone who looked at this home understood that it was a vertical house,” McCormack said. “There was a lot of up and down.”

She said those were the preexisting conditions of the house, not something that just came about.

Stevenson said she agreed, adding: “Lots of us have some of these issues ourselves, and it’s not an unusual issue. … I would not have bought 40 Meadow Lane …

“It screams verticality. … That’s what it is, and the applicant bought it,” she continued. “And if needs have changed, that wouldn’t be unusual either. So I do think it’s a self-imposed hardship.”

Greenwald, Stevenson, McCormack and Ferran all voted to deny all of the requests in the application. The fifth ZBA member, Joyce Giuffra, was absent again.