Even In Winter, The Growing Goes On For Quail Hill's CSA - 27 East

Even In Winter, The Growing Goes On For Quail Hill’s CSA 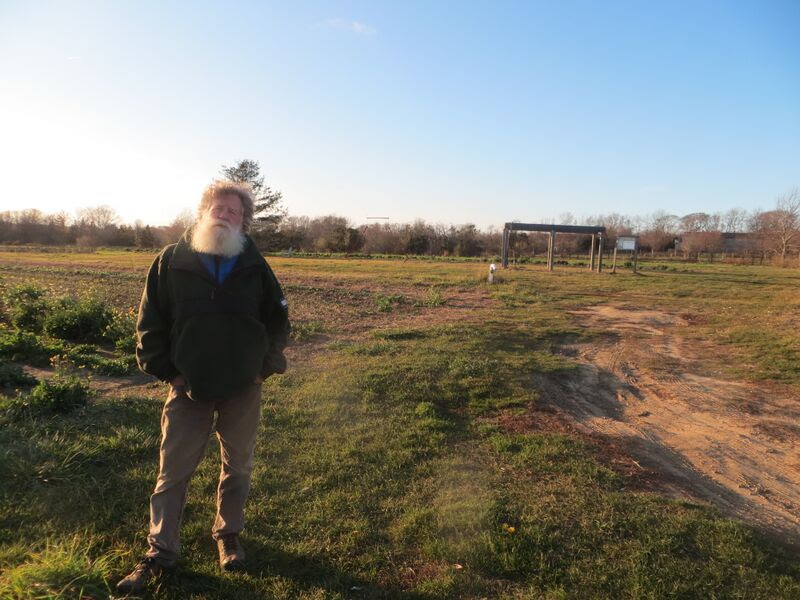 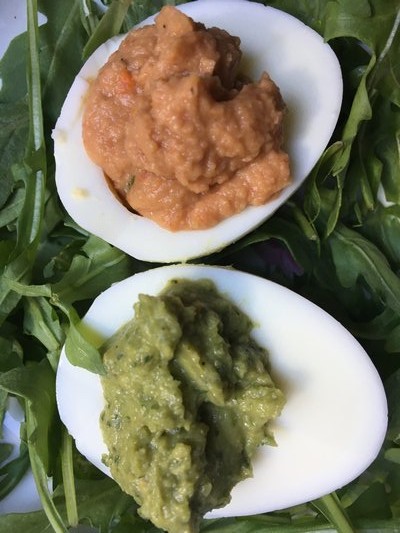 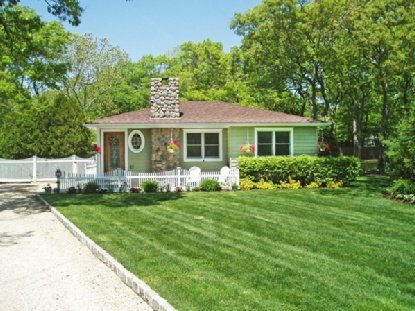 It's all so green! HREO 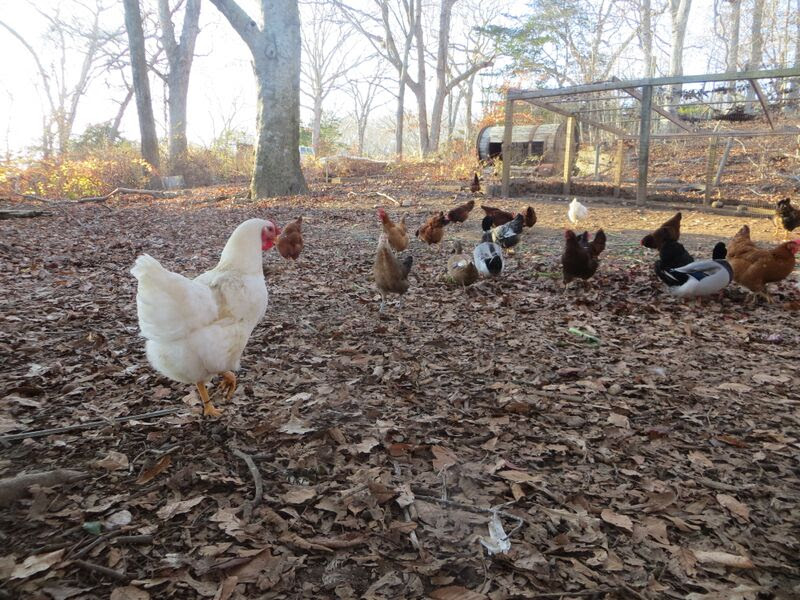 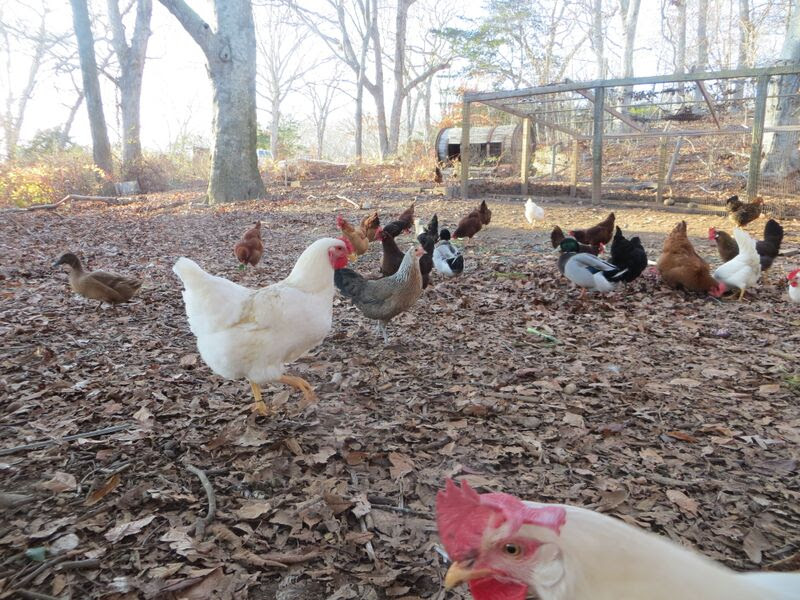 It is mid-December and most of the 35 acres that constitute Quail Hill Farm are planted with cover crops or heartier fare like kale or Swiss chard.Except, that is, for two greenhouses that are full of life, planted with rows upon rows of lettuce, arugula and chervil for winter community supported agriculture members to enjoy.

“People come in to cut their greens; there are scissors,” explained Scott Chaskey, director at the Amagansett farm. “Later, assuming we get a winter, they just come into the shop and it is set up in bins.”

The first CSA in New York State, Quail Hill was a pioneer in a new approach to agriculture that focused on fostering a direct relationship between the farmer and consumer. Members pay an annual fee that covers the cost of production in exchange for a share of fresh produce.

Recently, Mr. Chaskey was invited to China to share his experiences and participate in panels as an expert on how to create a community around small-scale farming.

“It was a total surprise that I was flown over to China for a CSA conference,” he said. The URGENCI International CSA Symposium, held in tandem with the Chinese National CSA Meeting, hosted more than 900 participants, from five continents.

“I think the growth is because more and more people and young people specifically have become interested,” said Mr. Chaskey, who recollects how in the beginning they would have to hunt around for apprentices.

In a retired greenhouse, Styrofoam planting trays were stacked on top of each other after receiving a non-chlorine bleach bath to get them ready for planting at the end of February. With a laugh, Mr. Chaskey explained that the Styrofoam planters, although they might seem not so environmentally conscious for an organic farm, are actually the best for farmers to use because they don’t ever degrade.

Outside there were a few heritage ducks and an array of hens roaming freely. Mr. Chaskey explained that the members really love eggs and can never have enough of them. The heritage ducks—beautiful, plump birds with royal blue- and purple-tipped wings—were a gift after a local who raises ducks ordered a few too many.

“It is really the definition of a community farm. The people who are involved in it are not just members,” Mr. Chaskey said. He views his role as part educator, something he enjoys just as much as much as his time in the fields.

“The outlook for the community-supported agriculture industry is good, adapting to increases in the local food demand and consumer market,” said Debra Tropp, the USDA’s Agricultural Marketing Service branch chief for the local food research and development division.

“The CSA sector continues to be innovative,” she said.

There are 677 CSAs listed in the USDA’s national directory of CSAs, a number that might not represent them all, because it is self-reported.

“We’re very unusual. Most CSAs don’t operate this way,” Mr. Chaskey said of Quail Hill. He explained that the farm invites members into the field to pick their own vegetables—whereas “most CSAs box up vegetables and bring them to a drop-off point.”

Quail Hill works on honor system when it comes to its members taking no more than their fair share. “The best way to say it is that it’s been 26 years,” Mr. Chaskey said. “If it didn’t work, we wouldn’t be here.”

CSA members at Quail Hill can look forward to ground wheat flour in this year’s winter share, thanks to a partnership with former apprentices-turned farmers at the nearby Amber Waves Farm. Other treats include smoked peppers and dried beans, in addition to the usual fare of carrots, turnips, rutabaga, sweet potatoes, winter squash, onions and garlic.

This is the 20th year for the winter CSA, with members stopping by the farm every other week to pick up their share. There is still room for members to join this winter’s share; more information can be found at www.peconiclandtrust.org.

Recalling the days when there was a waiting list for their CSA, Mr. Chaskey proudly said, “We’ve done an interesting thing. We’ve created competition.”

Walking along the fields, Mr. Chaskey showed off his cover crops. Planted in mid-October, this vibrantly green combination of oat and Austrian winter pea are shin-high. Pointing down the rows, Mr. Chaskey said, “Any farmer, this is what you love to see. This will die back in the spring.”

The oats provide organic matter that will be churned back into the soil, while the peas provide nitrogen, an essential component of any healthy soil.

“The air is made up of 70 percent nitrogen,” Mr. Chaskey said, explaining that that nitrogen is captured on the root nodules of legumes in the spring. “It is beautiful,” he said.

At the farthest field on Town Lane, next to piles of compost, Mr. Chaskey pointed out the Deborah Light Preserve, 220 acres bequeathed to the Peconic Land Trust by Ms. Light. Through the trust, around 40 acres are leased to various farmers, including Amber Waves, Balsam Farms, and the Farms of the Future initiative. Quail Hill farms 10 acres as well.

“This is a historic field, because it is the only one left of its size in East Hampton Town that is still being farmed,” Mr. Chaskey said of the preserve. “It is because of Deborah Light,” he said.