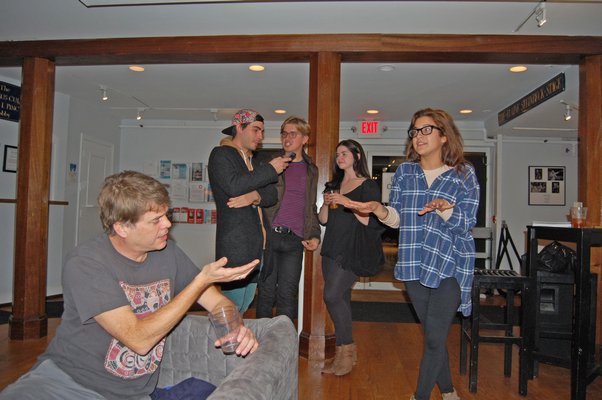 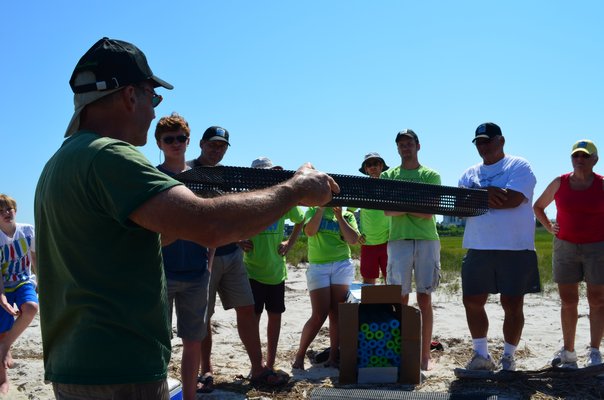 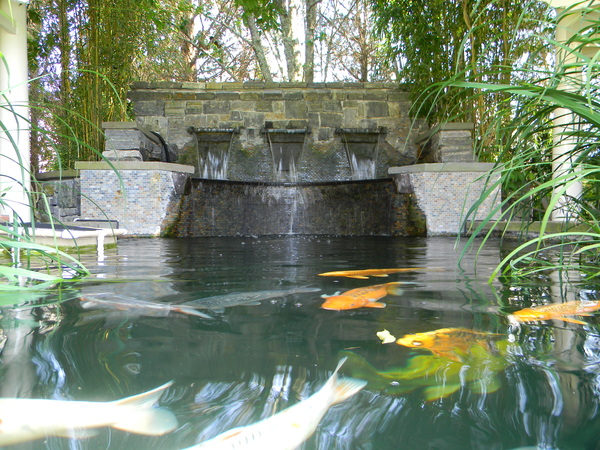 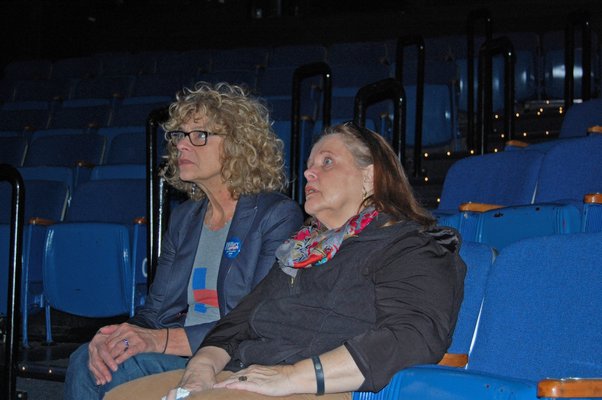 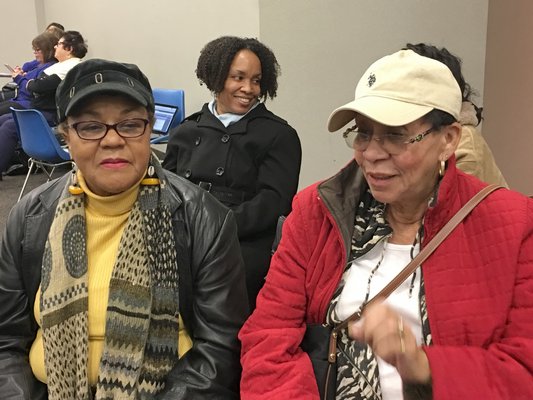 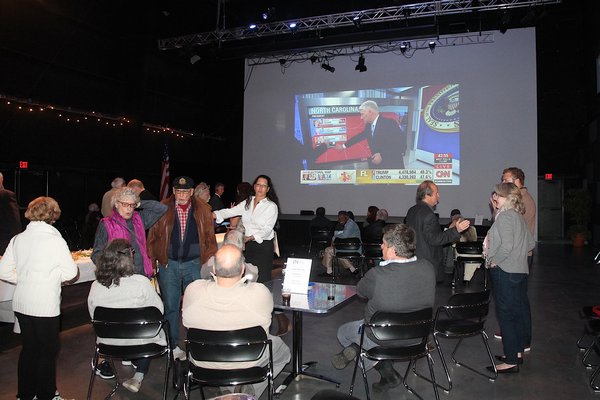 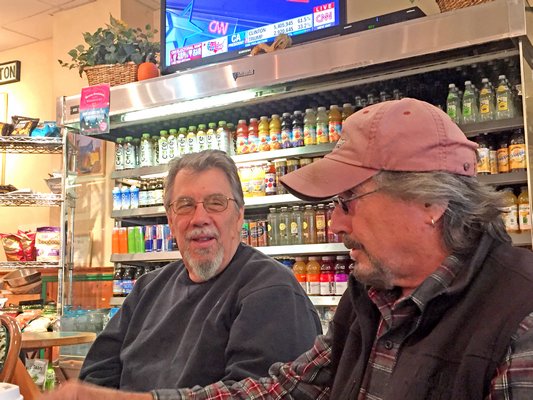 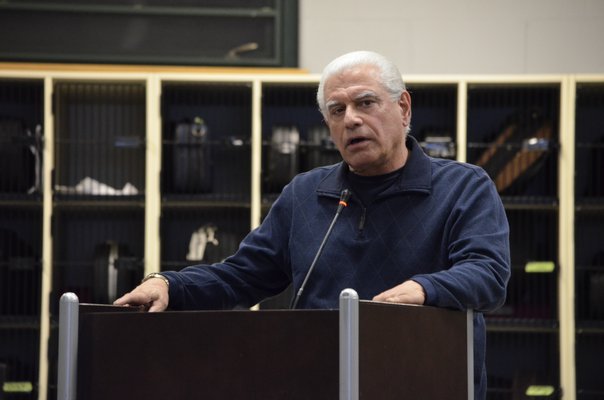 Louis Gallo, a Miller Place resident, urged the board to put Columbus Day back on the school calendar on behalf of the Order Sons and Daughter of Italy in America. ANISAH ABDULLAH 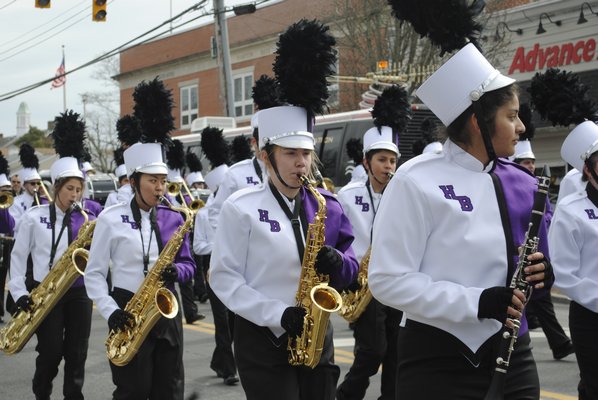 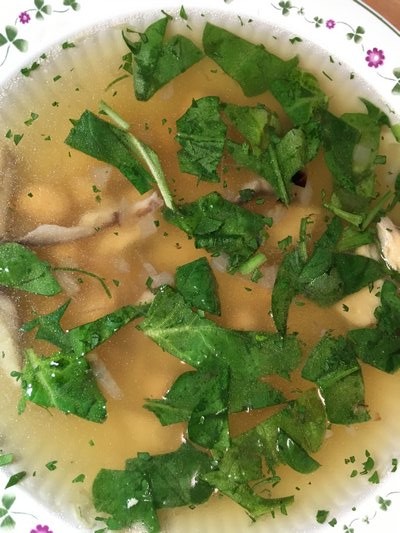 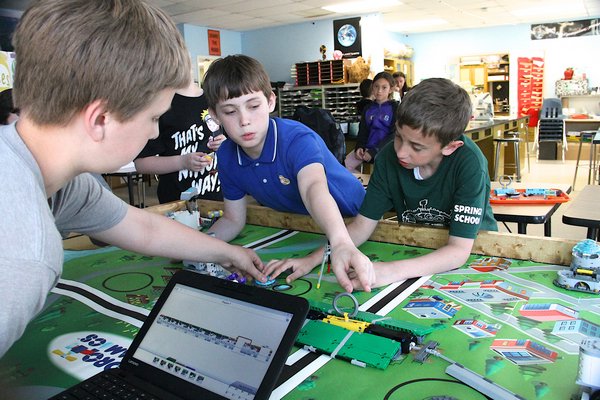 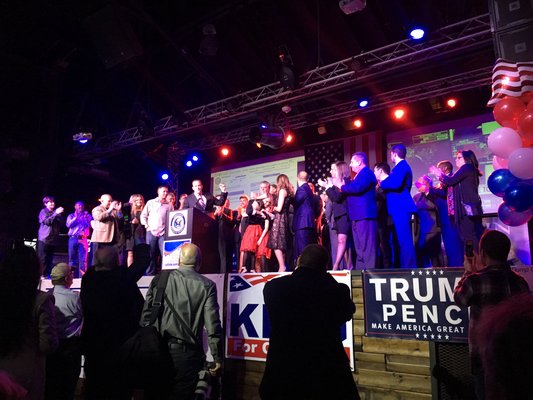 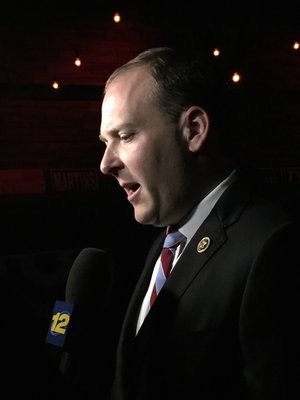 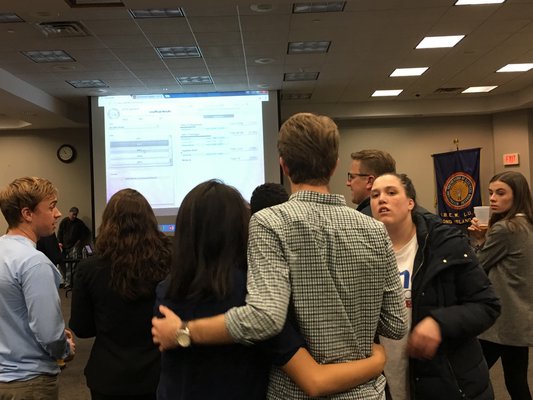 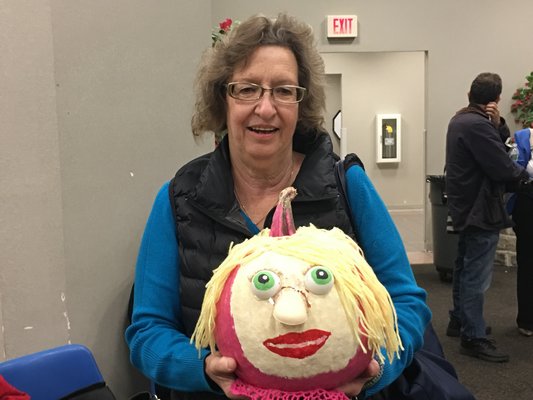 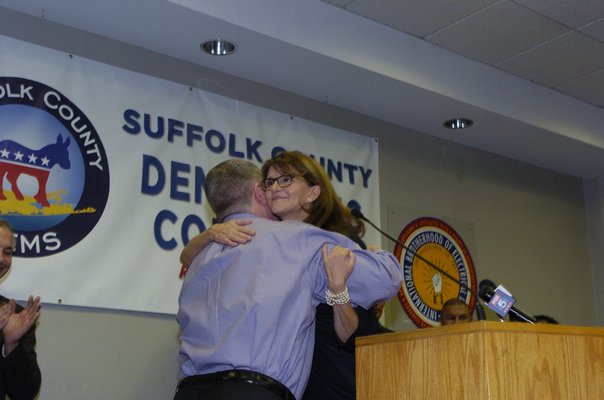 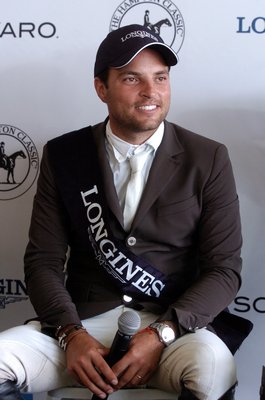 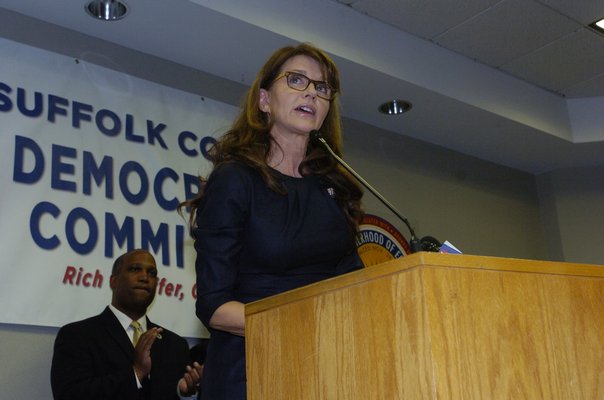 U.S. Representative Lee Zeldin rode a wave of support for Donald J. Trump across Suffolk County to hold on to his seat in the U.S. House of Representatives, scoring a decisive win in the 1st Congressional District over Democratic challenger Anna Throne-Holst.

Mr. Zeldin, a resident of Shirley, won the 1st District with approximately 59 percent of the vote to Ms. Throne-Holst’s 41 percent. The win earns him a second two-year term on Capitol Hill.

Mr. Zeldin’s margin of victory approximately matched forecasts in recent independent polls that showed him with a 21-percentage point lead over Ms. Throne-Holst, the former Southampton Town supervisor. He was the first Republican congressman from the district to win a second term in office since Michael Forbes in 1998.

“I am very humbled and deeply honored for the privilege to be able to represent this amazing district,” Mr. Zeldin said on Tuesday night at the Republican Party’s celebration in Patchogue. “I think what is so important for our country, regardless of who gets elected to the White House, to the U.S. Senate or the House of Representatives, we need to come together more as a country. We, as Americans, need to come together. There’s tension, there’s division, and we need healing, we need unity. I would be honored to be a part of that.”

Ms. Throne-Holst called the opportunity to run for the congressional seat the “privilege of a lifetime.”

“I know none of us wanted tonight to turn out the way it did,” she said at the Democratic Party’s gathering in Hauppauge on Tuesday night, as the results were finalized. “We need to bear in mind that we are about unity. We are about public service. We are about issues that matter. We’re not going to stop here. That’s not who we are. We’re about moving forward.”

Helping carry Mr. Zeldin to victory was robust support among Suffolk County voters for Donald J. Trump to be the next president of the United States. Mr. Trump—Ms. Throne-Holst had repeatedly highlighted Mr. Zeldin’s support for his candidacy during the campaign—won the county with about 52 percent of the vote, though he lost New York State overall. Ms. Clinton won both Southampton and East Hampton towns.

Mr. Zeldin carried the vast majority of election districts in all of the other towns in the the 1st District.

In other races on the ballot, State Assemblyman Fred W. Thiele Jr., an Independence Party member, and Republican State Senator Kenneth P. LaValle both won easy reelection to new terms in the State Legislature. Mr. Thiele received 62 percent of the vote; his opponent, Heather Collins, had 37 percent. Mr. LaValle, who has been in the State Senate for 21 years, also won by a broad margin, 67 percent to 33 percent, over Gregory-John Fischer.

Voters in all five East End towns overwhelmingly approved the extension of the Community Preservation Fund through 2050—a result that Mr. Zeldin said spoke volumes about the priorities of East End voters, of all stripes.

“Whether you are a liberal Democrat or a conservative Republican, we are all very much in love with our environment,” he said. “I think the residents of the East End sent a very powerful message that there needs to be an increased investment in our environment, in our land, and in our water. That’s something that is important to all of us.”

Southampton Town Justice Andrea Schiavoni defeated Ernest Wruck to hold on to her seat on the town bench. Ms. Schiavoni secured 67 percent of the vote to 33 percent for Mr. Wruck.