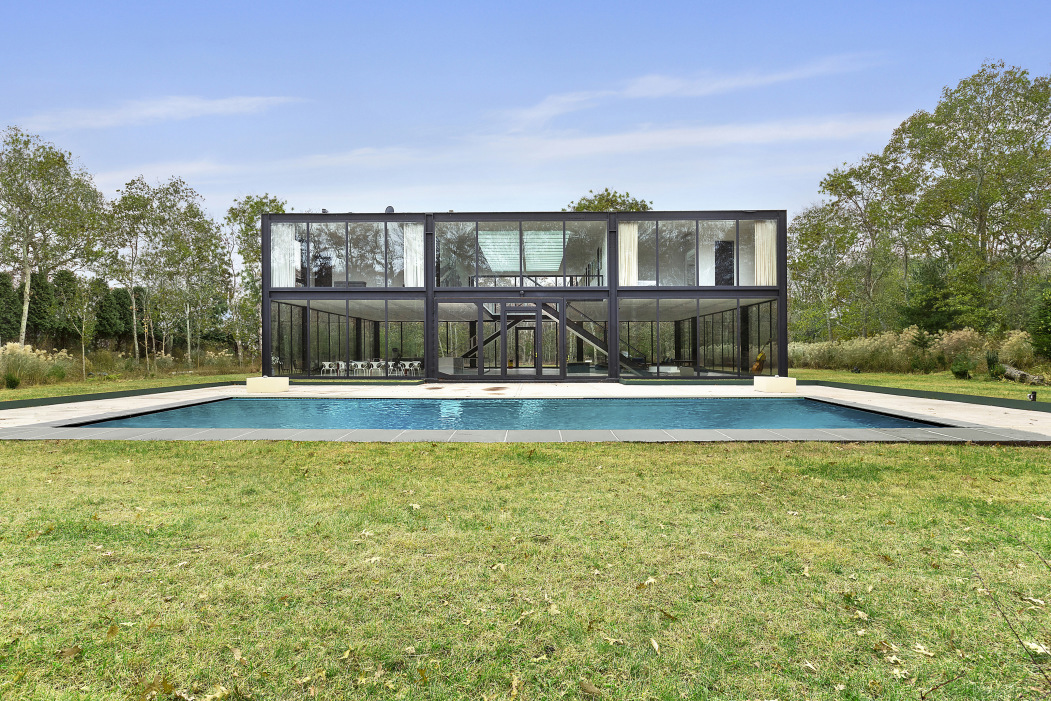 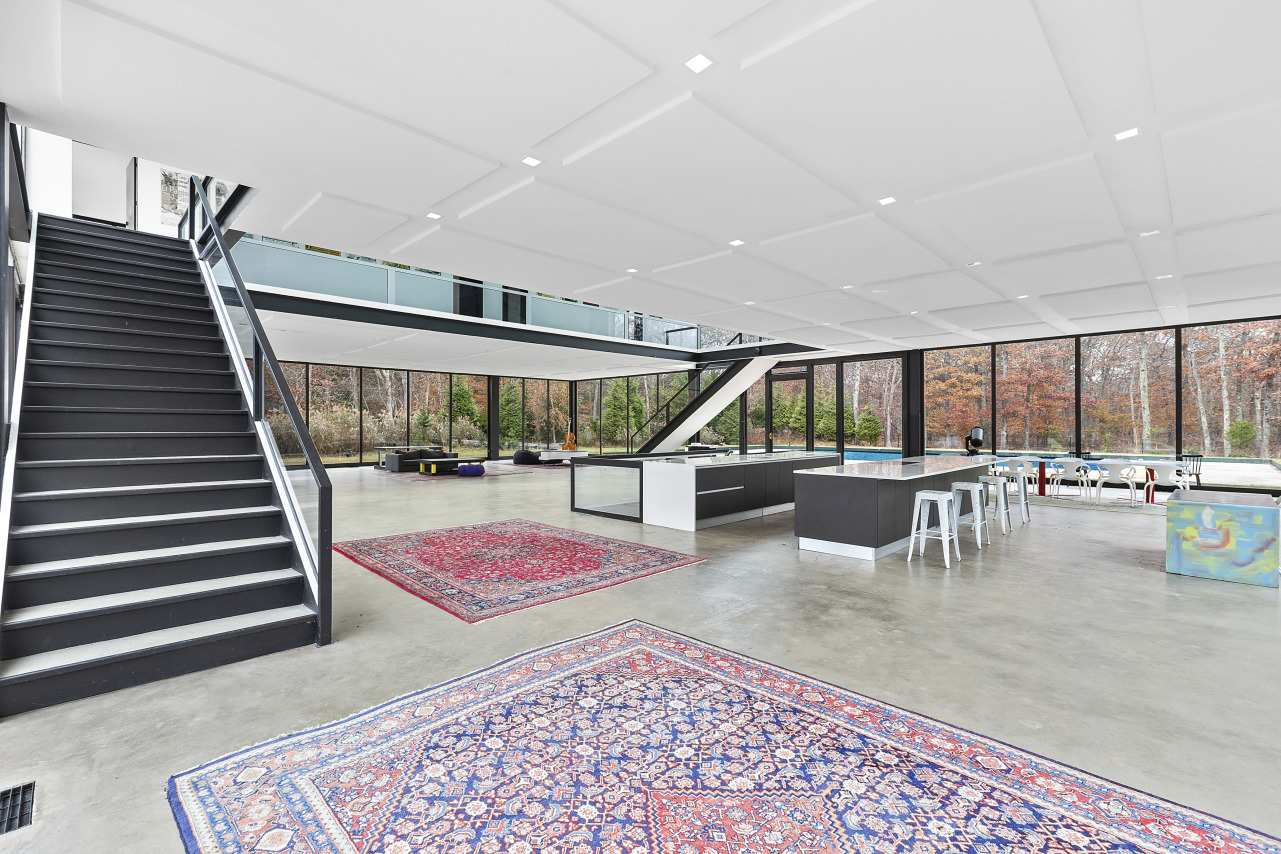 The owner and designer of a single-family home in Springs that was marketed as a boutique hotel and a high-cost party house in defiance of town code has agreed to pay East Hampton Town $32,000 in a settlement agreement.

Juan A. Figueroa’s “glass box” at 145 Neck Path is a see-through house with floor-to-ceiling windows on both the first and second floors. Jeff Smilow, the structural engineer of Manhattan’s Freedom Tower, is credited with engineering the steel and glass structure.

Its striking design was written up in the shelter press many times, but in summer 2019 it was making headlines for running afoul of the town. It had been listed in Airbnb for $2,700 a night with accommodations for up to 20 people, and rentals were also offered by the room. The town had previously cited the homeowner in 2015 for offering 145 Neck Path as an illegal share house.

The town code allows short-term rentals of 14 days or fewer no more than twice a summer. The town obtained a restraining order last summer to stop activity there.

The stipulation of settlement identified Cody Franklin as “the person in control of the property.” It also identifies others who had a hand in throwing events there, of at least planning to host events there: Marcus Derricotte, a photographer who hosted “Marcus Derricotte’s White Party in the Hamptons” last July; Craig Usiak and Pablo Nagy, who hosted HELE Hamptons House last August; and Alfred Small, who hosted “‘Wet Dreams’ All White Bikini Pool Party Getaway in the Hamptons.” The named individuals have agreed under the settlement to abide by town code.

The settlement also cites 450 unknown people who planned to use the house at some point.

The house is now listed with Bill Williams of Compass for $3.5 million. According to the listing, the house is 10,000 square feet over three levels with seamless polished concrete floors, a Scavolini kitchen with Gaggenau appliances, two master suites and four en-suite guest bedrooms. In all, there are six bedrooms and seven bathrooms. The finished lower level has a marble guest bathroom and space for entertaining. Among the amenities are smart home controls, a four-car garage connected to the driveway by an underground tunnel, a 27-foot-by-55-foot heated saltwater gunite pool with an inlaid hot tub featuring a music system and custom lighting, and a stone patio that surrounds the pool and overlooks a 20-acre reserve.