A Visit With Decoy Carver And Bonacker Dave Bennett - 27 East

A Visit With Decoy Carver And Bonacker Dave Bennett 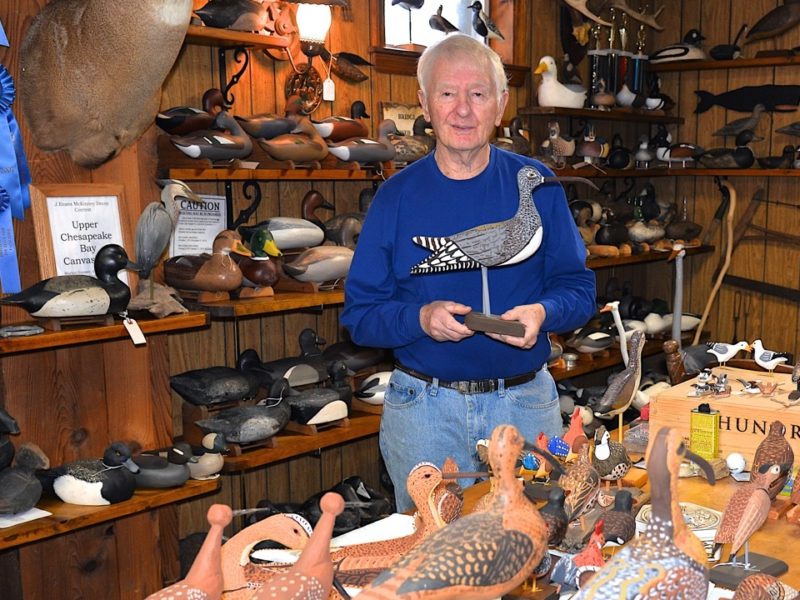 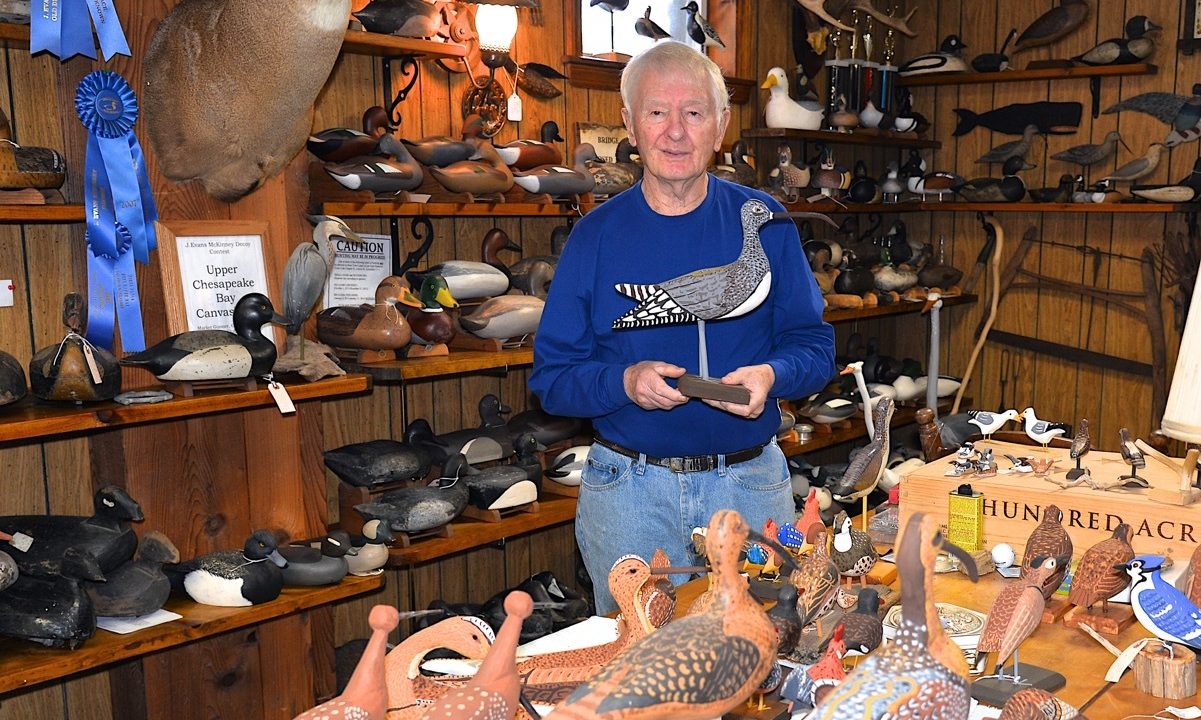 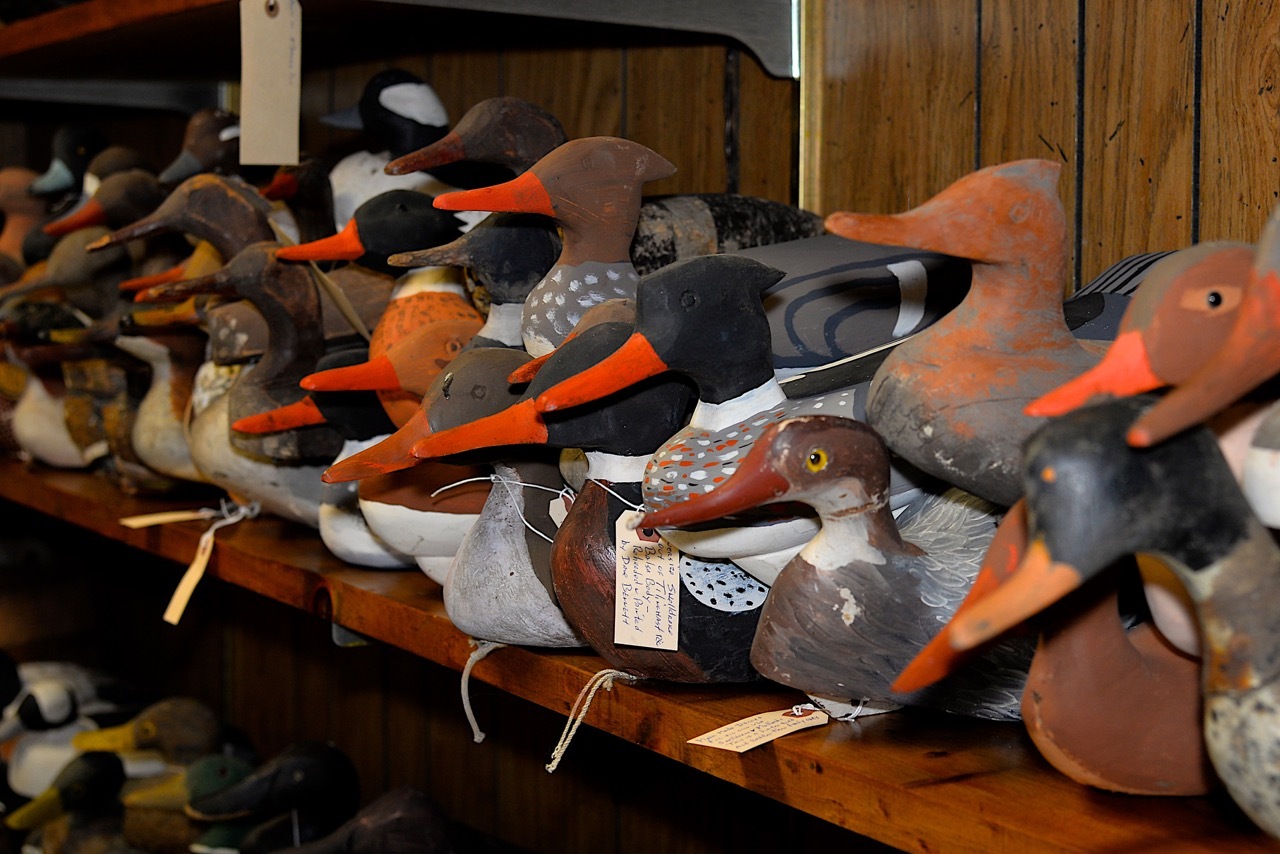 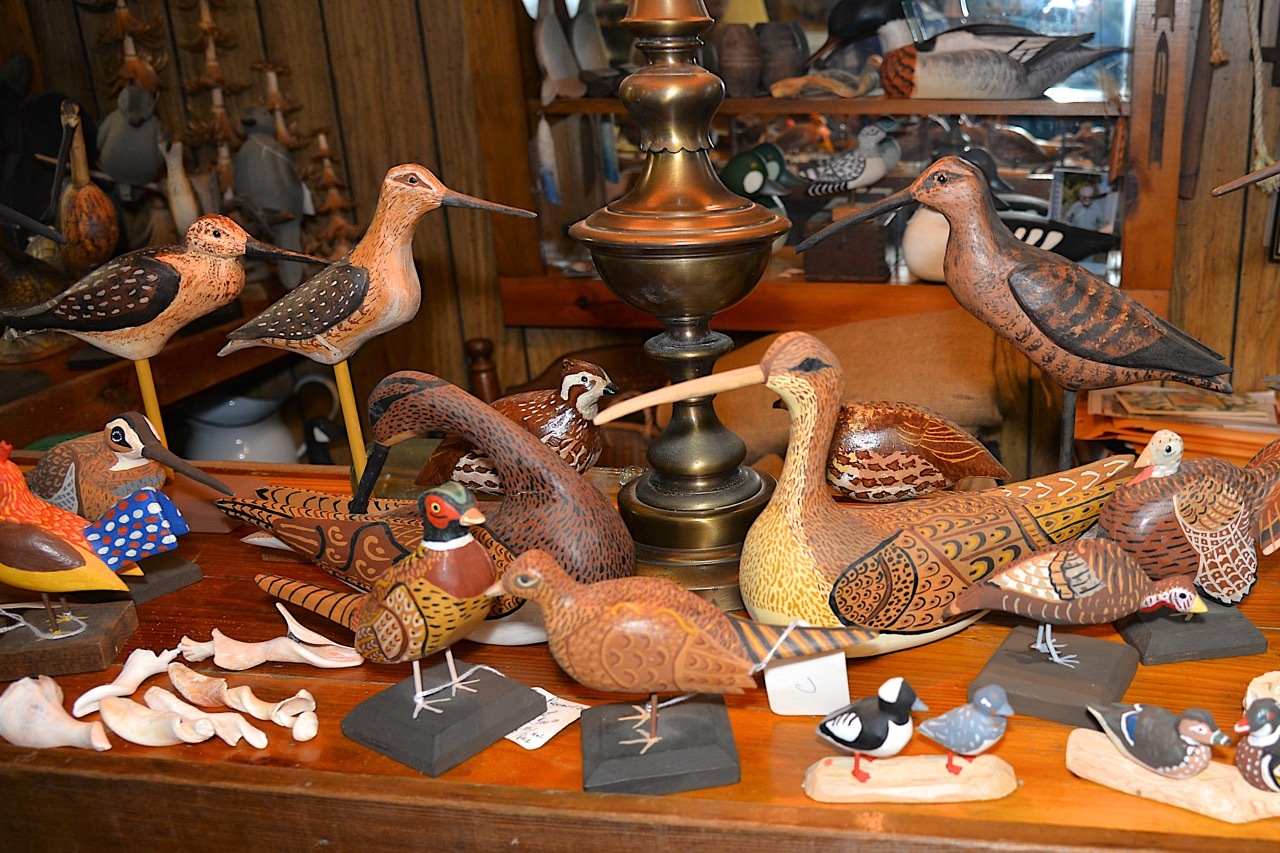 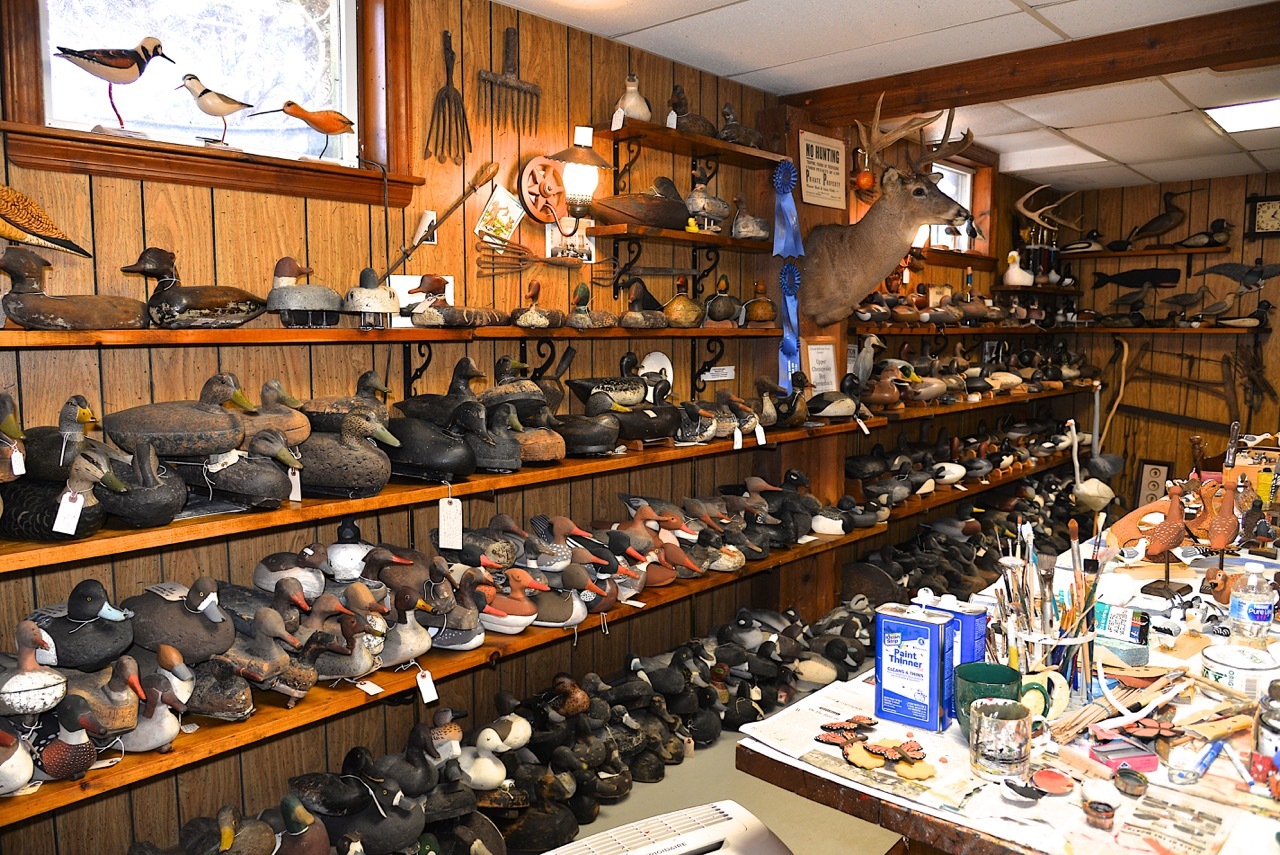 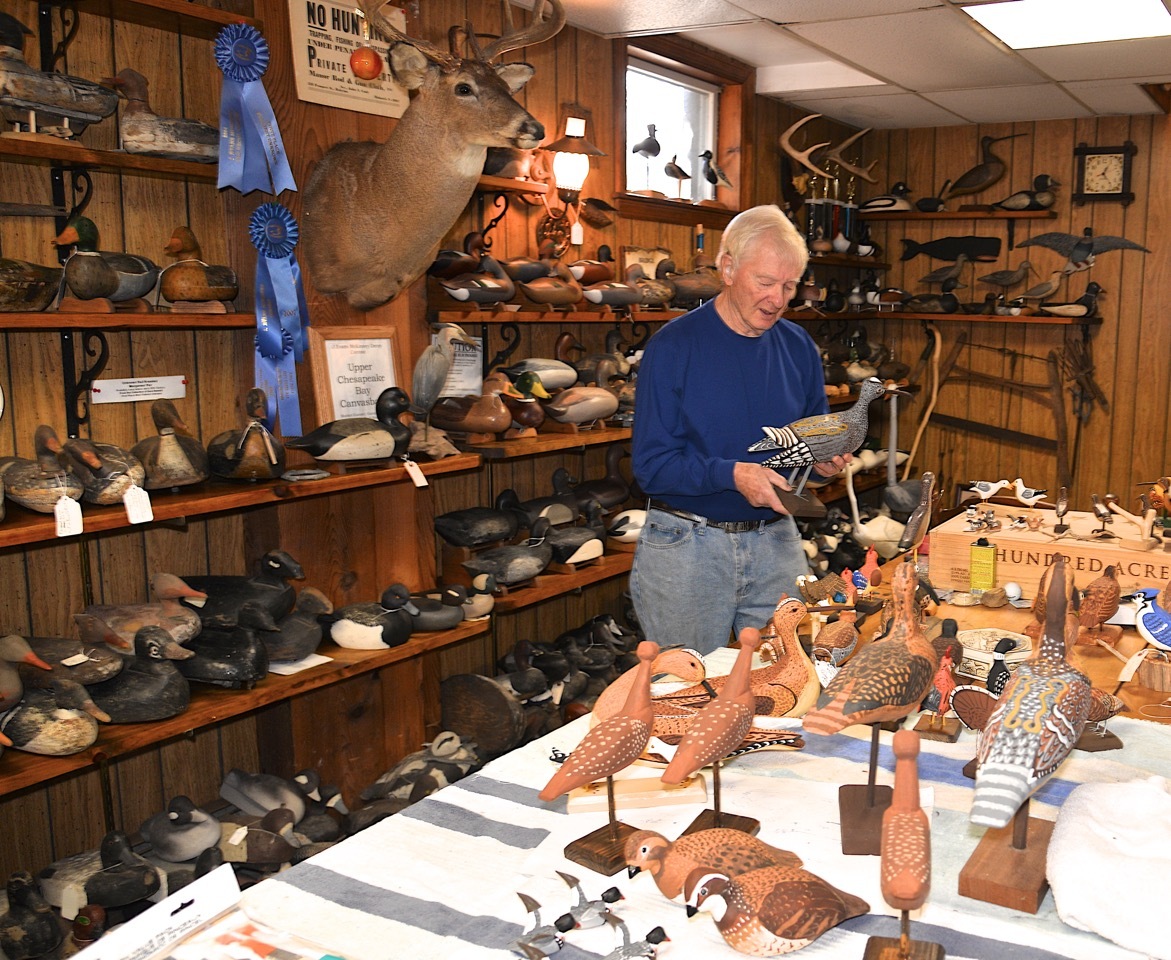 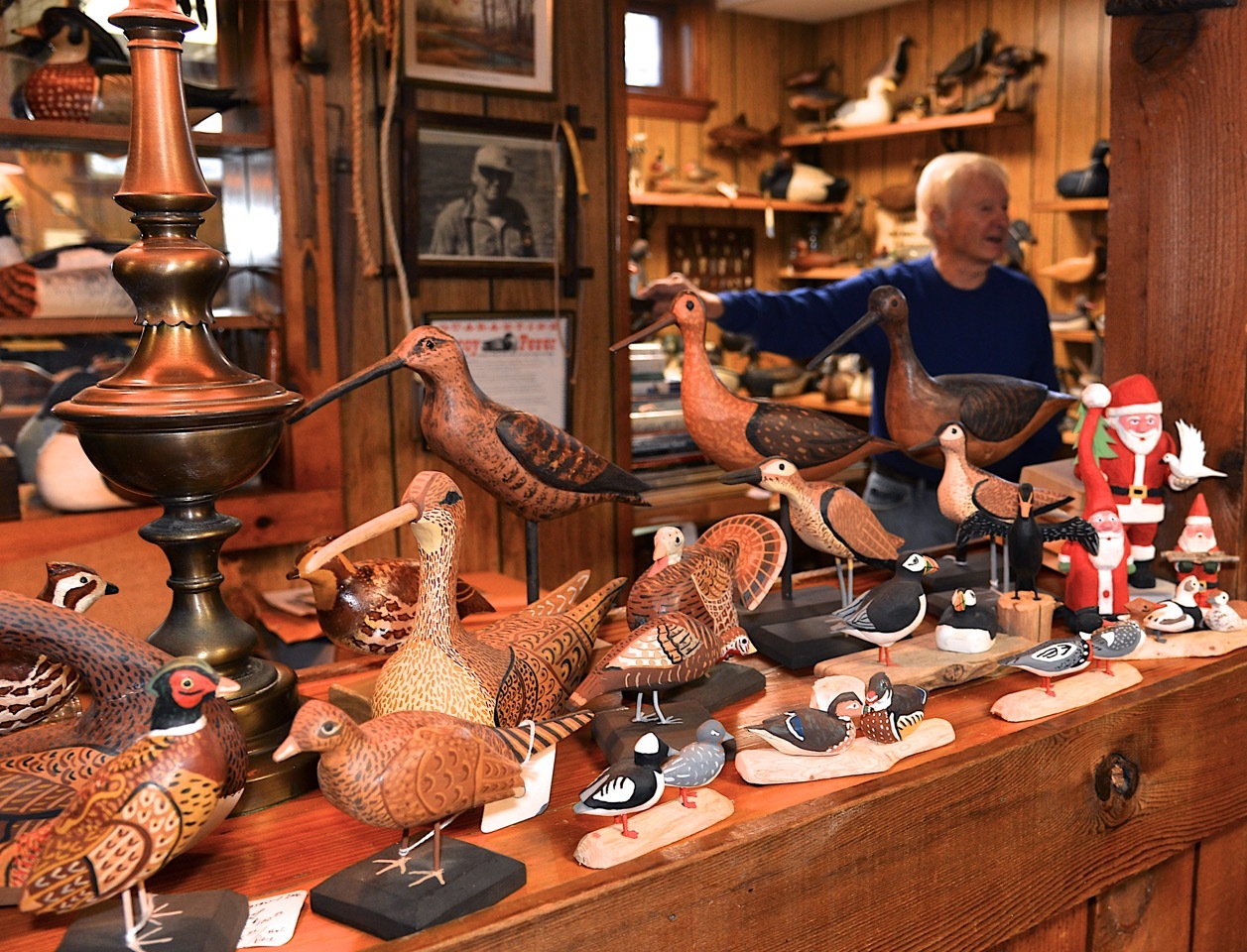 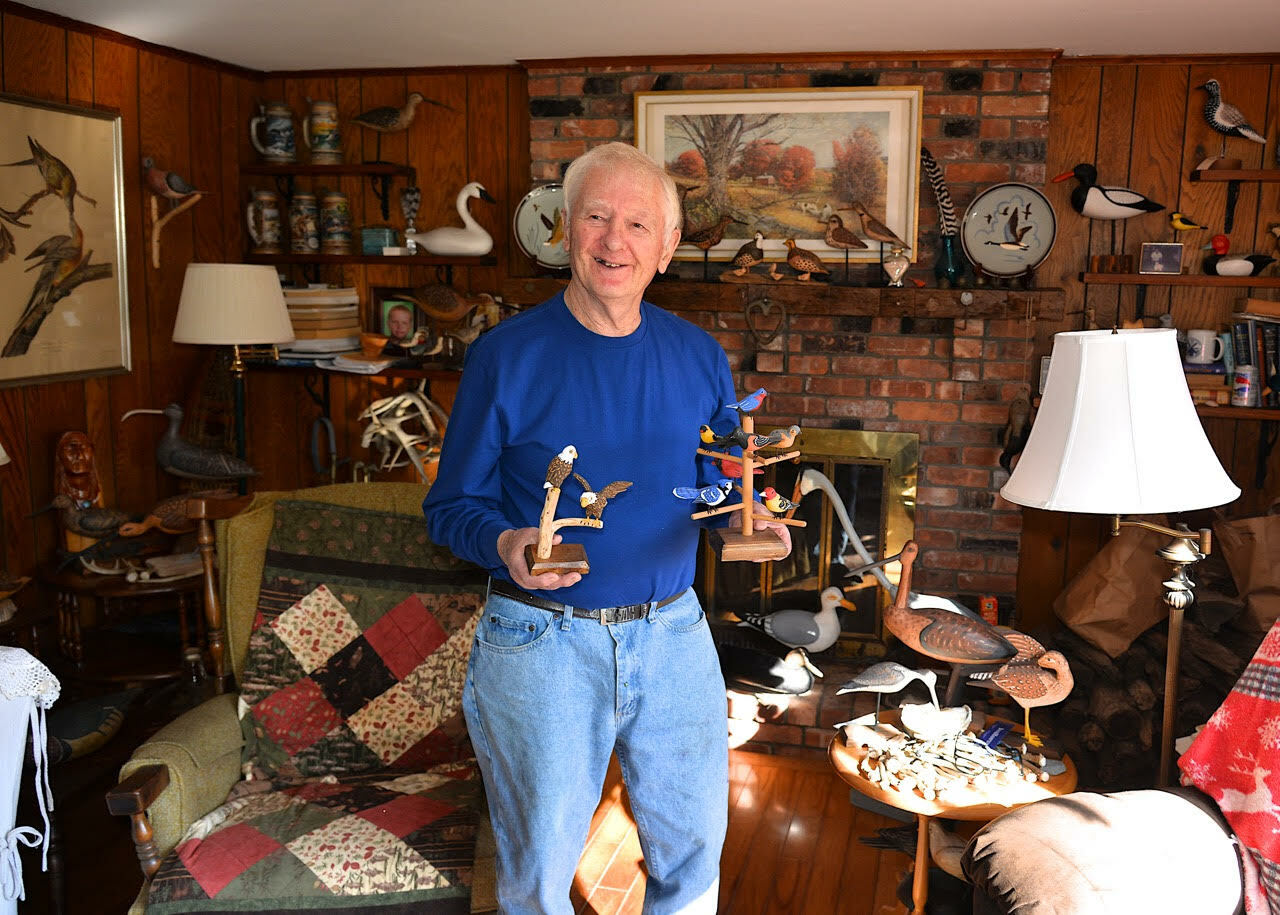 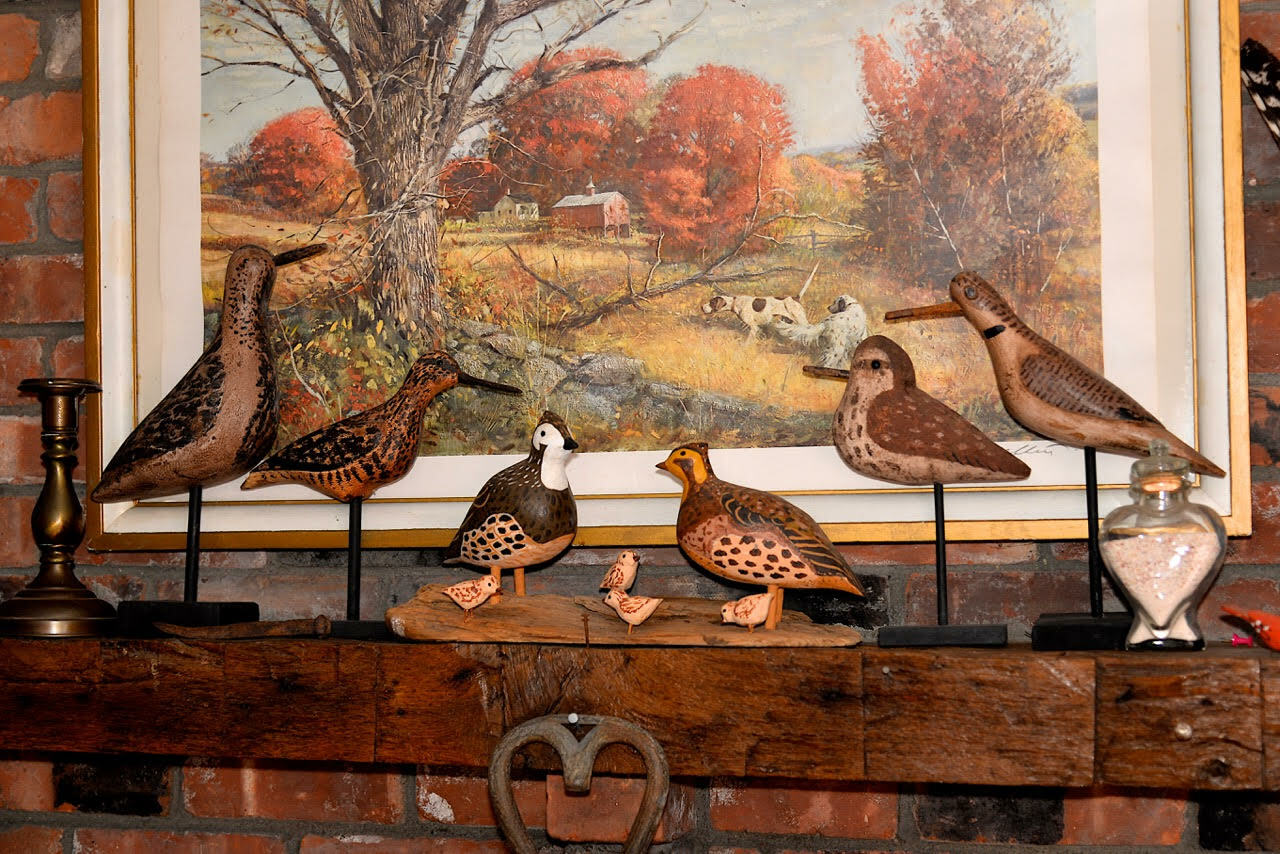 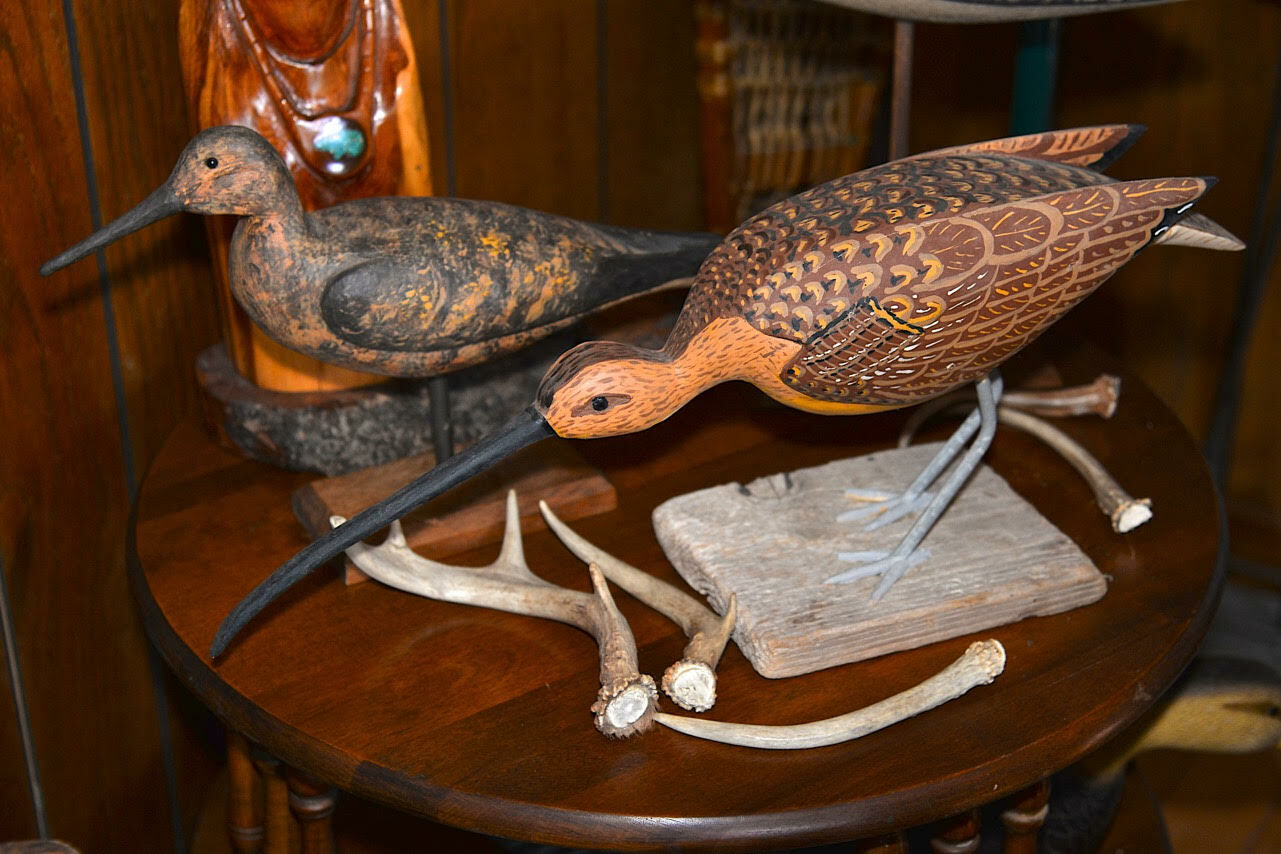 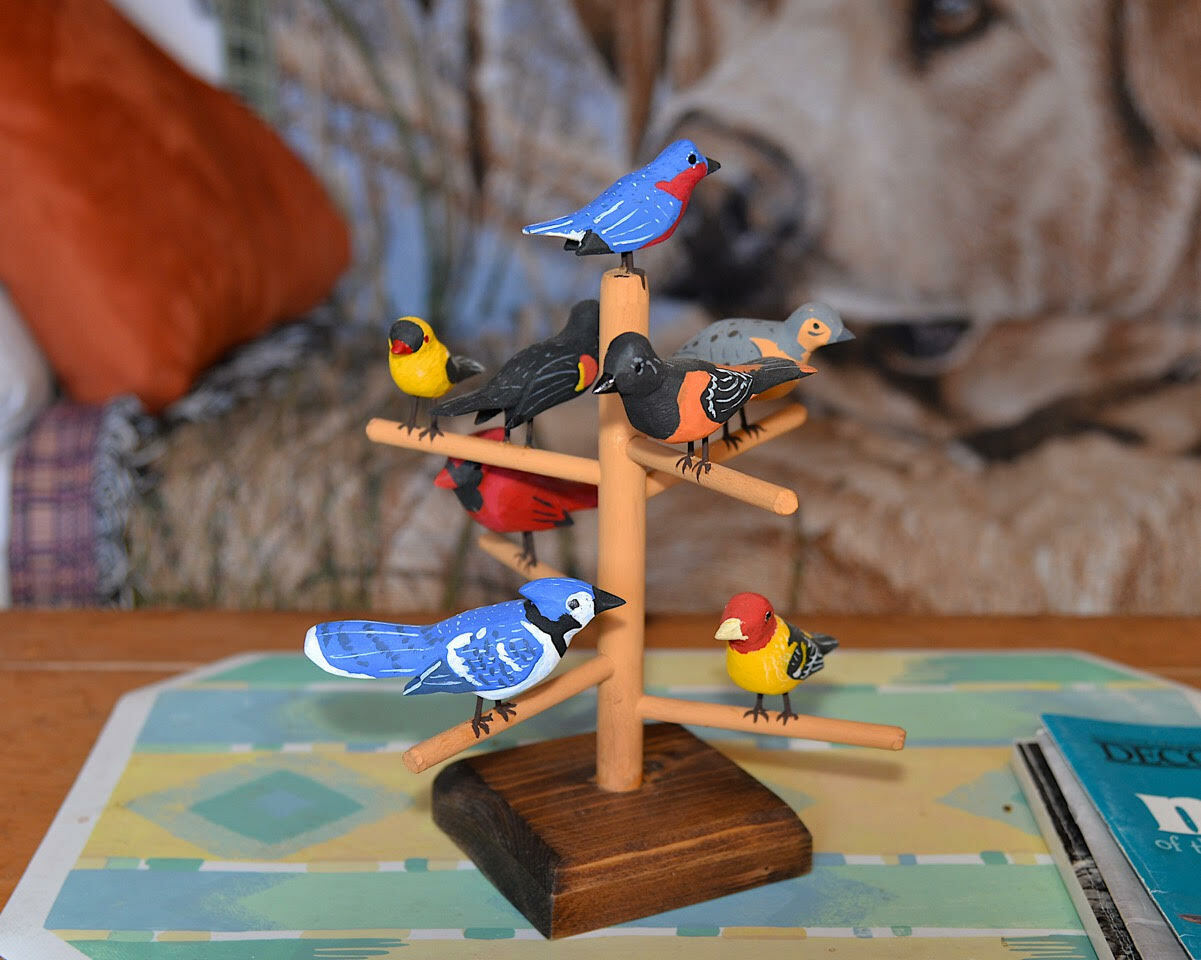 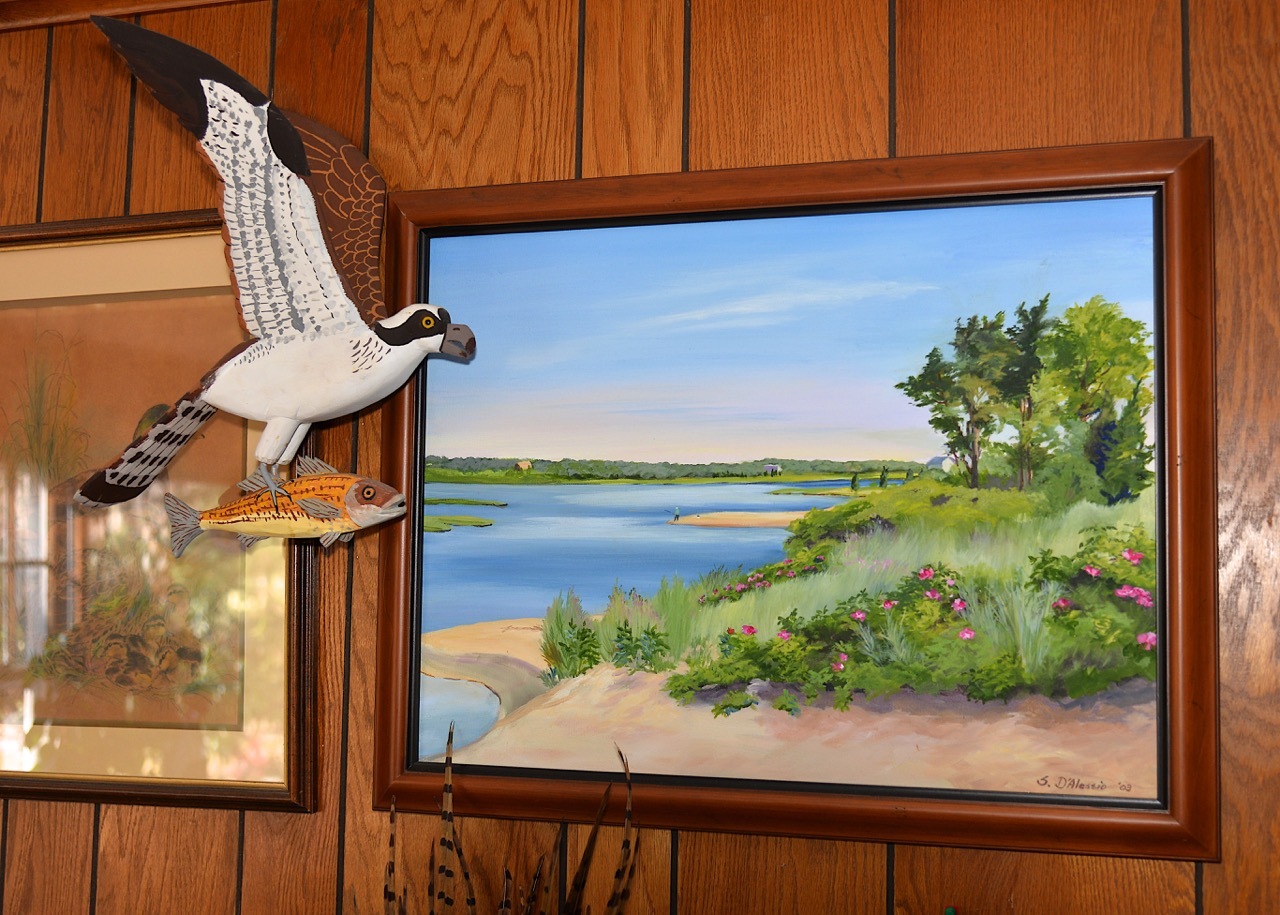 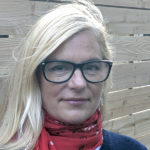 I’m an old Bonacker,” Bennett confessed. In fact, he is the 11th generation. His son Todd is 12th and his grandson Will is 13th generation, descendants of Samuel Bennett who came from England to Massachusetts to Connecticut to East Hampton.

“Samuel and his brother-in-law, a Gann, came over with Lion Gardiner to help settle Gardiners Island,” he said. “They were there several years before coming to the mainland.”

His son and grandson have followed him as baymen. Bennett fished and hunted, but made his living as a serviceman for Schenck Fuel for 40 years and retired in 2000.

“I had a landscaping business after that and still have a few of the easier places,” he said. The 81-year-old also watches 20 houses for clients.

On a day off last week, he hosted an informal lunch at his Barnes Hole Road home. From the kitchen table, cardinals, woodpeckers, blue jays and mourning doves could be seen at bird feeders as we munched on turkey, ham and cheese sandwiches.

Technically Amagansett, Bennett considers the house he grew up in as part of Springs.

“The Springs or just Springs: It’s not a big deal to me,” he said of the recent controversy. “It’s not Springs anyway anymore.”

When he was growing up, the house had no running water or electricity. The family had an ice box, an outhouse, a hand pump in the kitchen for water. “Water was heated on the stove,” he said.

A large wood stove provided heat and cooking in the cooler months.

“Some of the best meals of my life was from my grandmother cooking on that wood stove,” he said. “Put some of these Iron Chefs to shame.”

Bedrooms were upstairs but there was no ceiling over the kitchen as there is today.

“Thank God. I loved that heat,” he said. The house sat on posts and there were no shingles. Newspapers were pasted on the inside of walls as insulation from the weather.

“I remember when we got water and electricity,” he added. “There was one outlet we used for radio. We didn’t have anything else anyway.”

Friends and family would gather in the kitchen and play card games and checkers. “Growing up in the ’40’s and ’50’s was a completely different world than today,” he said. “We were poor people like many in Springs but never even realized it.”

And like most folks in Springs, the family was self sufficient, with a large vegetable garden and fruit trees whose produce was canned for winter use and also stored in a root cellar. “We also raised chickens and several pigs each year,” Bennett said. “Dad was a bayman, clamming, scallops and haul seining in the bay mainly.”

Seafood and wild game were plentiful. Extra veggies and fish were given to the needy. “It was a much more neighborly time,” said Bennett, “Springs was still mostly woods as the developers had not taken over yet. There was no ‘private property’ mentality and you could roam about anywhere.”

And roam he did. When Bennett started school in the first grade, he walked to the four-room schoolhouse about two miles each way. “The older kids would watch over the little kids,” he said. “I was in the third grade when they got a school bus.”

After lunch we roamed into the cozy living room. A blanket with a Labrador printed on it is folded neatly over the couch and dozens of carved shorebirds rest on tables, shelves and ledges. “I cleaned some stuff out,” he said, “It was getting overcrowded in here.”

The tiniest group of carvings, resting in the crook of a lamp, reflects his youth and his connection to the Native Americans whom most likely taught his ancestors to hunt, whale and fish.

“Found these up in the attic,” he said of a miniature Native American Indian woman wrapped in a shawl, an arrowhead and a basket. “I made them in the Boy Scouts to tie a neckerchief. Troop 73 Springs.”

No doubt he got his wood carving merit badge.

“I started carving when I received a jackknife for Christmas,” he explained. “When I was a kid whittling was a common pastime.”

Carving was a way to pass some free time and assist in bringing food to the table.

“Hunting and duck shooting were a way of life then and I made decoys, for use, from my late teens until about 35 years old,” he said. “I became interested in carving in a folk art style similar to a distant relative, William Henry Bennett (1867-1954) of Three Mile Harbor.”

When it comes to his carving skills, the real magic happens in Bennett’s basement where there are hundreds of decoys, carvings and a few deer heads thrown in for good luck. The use of “Uncle” Henry Bennett’s patterns stand out, such as a very colorful shore bird.

“First one I tried in the Uncle Henry style,” he laughed. “Longer it sits there, better it looks.”

Like “Uncle” Henry, Bennett uses a three-piece construction. “I’ll carve each wing and sand this off good and put them together,” he said, “It cuts down carving. Only thing I do is the head. He didn’t have much to work with, bub.”

At shows such as the Springs Fisherman’s Fair at Ashawagh Hall, Bennett takes a three-piece model to demonstrate the technique.

“My wood of choice is cedar, white pine and bass wood,” he said. “After making a pattern, it is sawed out on a bandsaw. After that it is all hand tools: knives, draw knife, rasp. Then sanded and painted in oils.”

“I like the oil paint,” he said. “The older they get the better.”

The basement is divided into two workstations. A pile of small birds, leftovers from previous projects and a box of cedar posts for the birds to perch occupy the carving station in a tiny cement room. At one end of a long table, stacked with Decoy Magazines, a coffee cup and several clam shells serve as paint mixing utensils.

“I come down in the evening and play around,” he said. “I sell about three things a year. I give everything away.”

And at that, he signed a pair of chickens and gave it to the Press photographer.