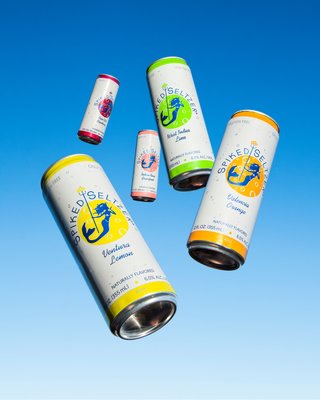 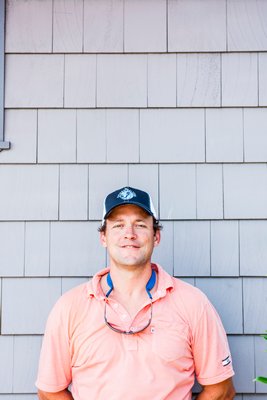 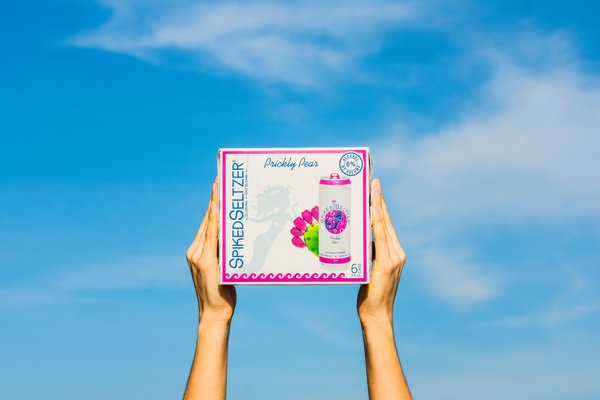 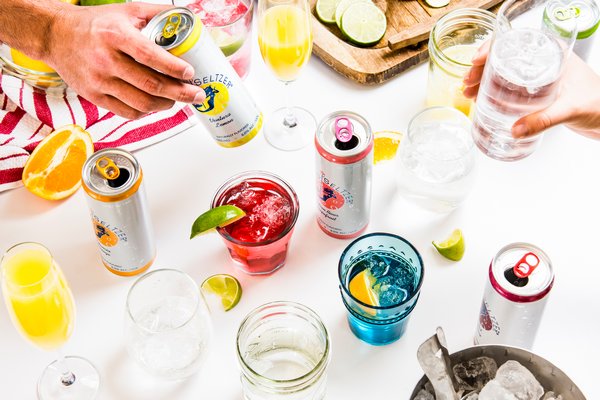 Is anything more emblematic of 2018 drinking culture than alcoholic seltzer? This is the half-decade of kale Caesar salad, coconut chia pudding, gluten-free pizza, crudité—the half-decade of health. Goodbye, Snackwells. Hello, a certain end to Type II diabetes.With the recent tack toward “healthishness” in mind, it only makes sense that those of a certain generation might wish for a lighter, less caloric beverage when looking to imbibe.

In fact, seltzer itself is enjoying a certain renaissance (and it would be unethical here of me not to acknowledge that I run a cultish Facebook group called Now Also Fizzing, dedicated to people who drink seltzer, or, at the very least, who find the idea of seltzer obsession an interesting phenomenon). It’s hard not to stumble upon the latest La Croix flavor, the childhood-reminiscent Hal’s Vanilla Cream, the most passionate defense of Polar’s limited delights.

Which is why seltzer-with-a-kick feels particularly of-the-moment.

Enter Nick Shields and Dave Holmes, the co-founders of the spiked seltzer that started it all—aptly named SpikedSeltzer.

Mr. Shields has a history on the East End, in fact. In 1999, he worked for Sagaponack’s Wölffer Estate under winemaker Roman Roth.

“Prior to working at Wölffer, I had worked with Nantucket Nectars’ juice company in Boston. I set out in search of some training in winemaking,” Mr. Shields said. A German professor of his at Cornell directed Mr. Shields to the East End. “He actually sent me down to Wölffer Estate, and I joined another assistant winemaker, and the three of us were a team for that year, making about 10,000 cases of wine.”

Mr. Shields employed these learned sensibilities moving forward. Having hailed from a brewing family—his grandfather, T.C. Haffenreffer Jr., was the third-generation brewer of Boston’s renowned Haffenreffer Brewery—Mr. Shields hoped to return to his roots. Equipped with winemaking knowledge (as well as a food science background from Cornell and UC Davis), he began brewing beer. Eventually, that passion renewed itself in innovation.

“In 2012,” he said, “I was searching around for something very different, knowing that an IPA was not the way that I wanted to jump into the beer industry in a new way.”

At a bar, he watched five women order vodkas with club soda and lime. “I said, ‘I can make something as clean and light as those drinks, but within the definition of beer,” Mr. Shields said.

Next came trial and error. It took Mr. Shields—who was joined in Norwalk, Connecticut, by Dave Holmes in 2013—80 to 90 batches to perfect his recipe for SpikedSeltzer.

Fruits are all sourced from particular regions (so, yes, those Cape Cod cranberries referenced do actually make a star appearance in the brew), and fermentation is similar to that of sparkling wine. “One of the things that really separates us from the rest of the beer world is that there’s no malted barley in SpikedSeltzer,” Mr. Shields said. “We use Champagne yeast, which gives us tiny, delicate bubbles.”

Fruits are cold-pressed and the resultant brew is low in carbohydrates and gluten-free—perfect for the “healthyish” among us.

Indeed, Mr. Shields’s background in wine proves immeasurably useful in the production of this clean, crisp beverage. “It really straddles the world of wine and spirits and beer in a way that is pleasant to people,” he noted.

Mr. Shields has capitalized on a trend—and many others have followed in his footsteps. As Americans move away from sugar, they’re still loath, after all, to give up that last and final American decadence: the good stuff. This is still the country of “Mad Men” and bathtub gin, after all, even as we try to slim down into the smallest of Montauk bikinis.

Mr. Shields and his company have, without question, stumbled onto an idea at the best possible time. As East End residents, we can be proud that SpikedSeltzer has roots right here on the South Fork. Can’t you just picture an afternoon at Ditch Plains with a can in hand?

Fizzers of the world unite: This can’s for you.