Mead, The World's Oldest Alcoholic Beverage Is Now Made On Long Island - 27 East 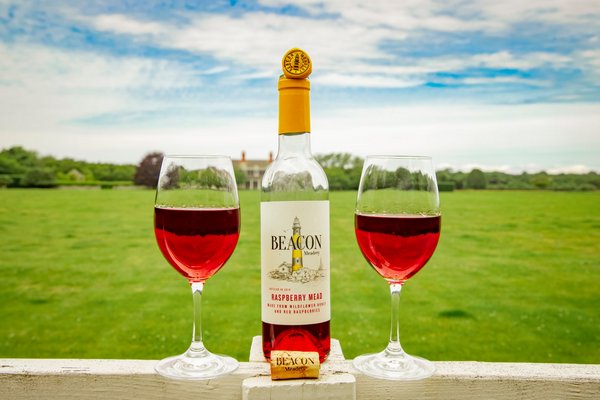 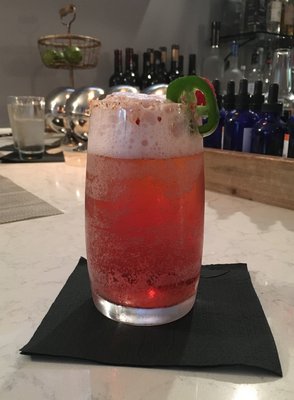 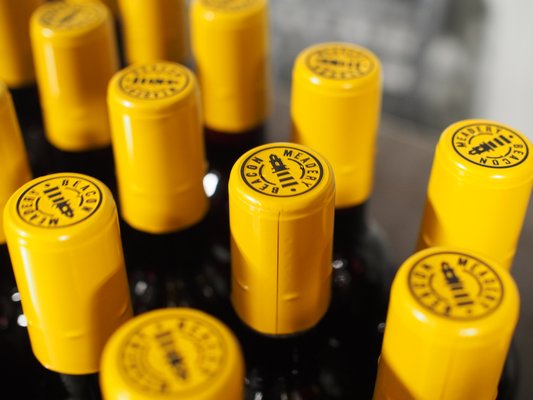 What do you know about mead? If your answer is “nothing,” you’re probably not alone.

Mankind’s oldest known alcoholic beverage, mead is, on its face, a wine-like beverage that is fermented from honey instead of grape must. And although the first incarnations of mead were likely incidental, the product of spoilage that accidentally became something capable of drinking, mead in 2019 is absolutely made with intent.

Just ask Justin Feldstein, co-founder and the head of digital and marketing for Beacon Meadery in Setauket. Beacon Meadery is the result, Mr. Feldstein said, of an interest taken by his childhood friend and partner, Chris Parles. Mr. Parles, who is now Beacon’s head meadmaker, “stumbled into mead,” Mr. Feldstein said, “which is kind of this super small, but fast-growing segment of the craft beverage market. It’s continuing to become more popular.” Mr. Parles, whose passion had originally lay in craft beer, took a left turn into mead. He never looked back.

In order to get their fledgling business off the ground, these Setauket natives needed to launch a plan.

“We sort of put a team together,” Mr. Feldstein said. “We have my dad, who is functioning as our chief executive officer. I handle the marketing and digital side. We also have a Ph.D. biologist, who is helping with some of the recipe creation.”

Recipe creation is one of the more nuanced aspects to mead making. A meadery can choose what style of mead it wishes to produce, and the list is long. There are meaderies producing sparkling mead, dry mead, off-dry mead, and, as is the case with Beacon Meadery, mead that has been flavored with fruit.

“You can essentially ferment out the honey and you’re left with a wine that may or may not have a lot of flavor,” Mr. Feldstein said of mead. “And that’s a really good canvas.”

In the case of Beacon Meadery, the canvas was painted with raspberry mead. That release is currently available, and will be joined, soon, by blueberry and black currant. Those releases are expected in October. Part of what makes this particular mead so special, Mr. Feldstein noted, is the level of care that goes into each batch. While many meads are put on the market with very little test-batching, Beacon Meadery holds their mead to a high standard.

“We do a lot of test-batching before we get to the final recipe,” Mr. Feldstein said. “Our raspberry mead is a result of 65 or 70 individual test batches. In recipe development, you’re continuously looking at the honey you’re using, the yeast you’re using, the fruit you’re using, to end up at the target.”

It’s also about the process. While many mead-makers consider mead to be on the beer continuum, the Beacon Meadery folks disagree.

“It comes from that wine background, as opposed to that craft beer background,” Mr. Feldstein said of his product. “We’ve stuck to this old world, red wine-style of mead-making.”

As for the name, well, that’s just a nod to their Long Island heritage. “We’re all from Setauket, and the idea was to set a Long Island scene, so we went with Beacon, which is a lighthouse homage,” Mr. Feldstein said. “It’s as local as we can get at the moment.”

Speaking of local, Justin Feldstein and Chris Parles wanted to make sure that their mead was readily accessible.

“Mead is really tough to get,” Mr. Feldstein said. “A lot of meaderies around the country tend to sell out their front door and satisfy their demand locally. We have a big direct-to-consumer channel, and are also working with local stores on the Island and in the city, and are developing some on-premise accounts as we move into the fall.”