Champagne That Is Hamptons-Style Chic, Quaffable And Art To Behold - 27 East 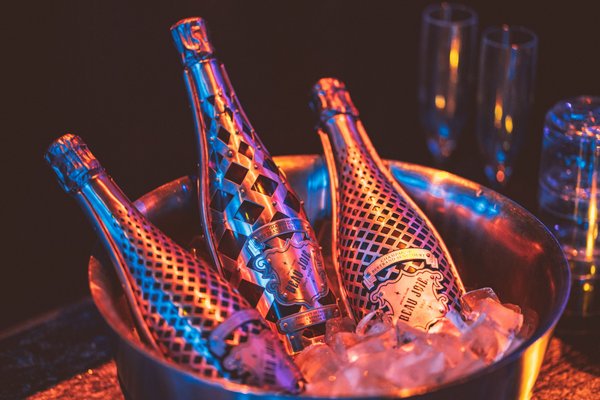 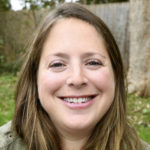 When they say that the best things come to those who wait, I happen to know that they are talking about Champagne. Jon Deitelbaum, CEO of Beau Joie, the luxury Champagne brand from Epernay, France, might be inclined to agree.

Mr. Deitelbaum spent three decades in the spirits business before moving over to the wine world.

“Champagne, I always thought,” he told me recently, “was the top.”

His crowning achievement, Beau Joie, which comes in three bottlings, is the ultimate expression of what the boutique wine industry can currently produce.

The three wines produced by the label—the Beau Brut, Beau Rosé, and Beau Sugar King—all come in customized bottles, a “copper suit of armor” that is both distinctive and beautiful (in fact, it makes a bespoke memento). The Beau Brut, 60 percent Pinot Noir and 40 percent Chardonnay, is meant to be a distinctive, entry-level Champagne, designed both to pair well with food and to be consumed easily all day long. An interesting note: It’s a “zero dosage” wine, meaning it has no sugar at all. Most of Champagne’s acidity is tempered by some sugar, which balances its raciness. But the length of time that the wine spends on yeast rounds out the flavors, offering great complexity.

“The Brut is one of the only viable zero dosage Champagnes on the market,” Mr. Deitelbaum said. “We don’t add a drop of sugar to the product. It still delivers a crisp taste that goes well with all foods, especially seafood.”

As Mr. Deitelbaum noted, there’s an additional benefit to subtracting additional sugar from the equation, and it’s a health benefit. With the recent American push to eliminate excess sugar from the diet, it’s worth noting that Champagne can still be successful—and delicious—without dosage.

Actually, I found that part interesting. I tasted the Brut before I knew that the dosage was zero, and even my practiced palate didn’t detect it. I asked Mr. Deitelbaum why that was. He circled back to the time on the lees. He believes that the true flavor of the Champagne is allowed to shine through without the interruption of dosage.

“I think that it’s a more palatable Champagne,” he said.

Mr. Deitelbaum and his wife spent two years in Epernay at the start of the winemaking process, and he still returns regularly. He describes Epernay as romantic, his wines as “as close as you can come to Dom [Pérignon].” The wines of Beau Joie are, of course, part craft and part fantasy, and, in that sense, they fit into the Hamptons mystique. The bottles are aesthetic masterpieces, the wine itself luscious and lovely (the rosé, a 50-50 blend of Pinot Noir and Chardonnay and a bestseller to the point of oblivion, as it is currently sold out, froths pearlescent pink from its copper bottle). “We wanted to be the Rolex of Champagne,” Mr. Deitelbaum said, meaning a luxury brand that could also accommodate high demand. They succeeded, with a release, this year, of 300,000 bottles.

With that being said, there are limited releases for the discerning palates that will appeal to those who prefer to know that they have access to items that others do not. In addition to the Beau Sugar King (50 percent Pinot Noir, 30 percent Chardonnay, and 20 percent Pinot Meunier, aged for four years on the lees), which has 33 grams of residual sugar per liter, and is released in a limited edition black bottle, Mr. Deitelbaum occasionally releases large-format vintage bottles, like a three-liter bottle of 1997 Champagne. He also plans to release a line of hand-riddled bottles, an extremely rare practice infrequently employed by modern winemakers.

Typically, Mr. Deitelbaum harvests his grapes early, during the first or second week of August, meaning that the grapes preserve the necessary acidity, yielding bracing, clean wines with a long follow-through. Grapes are harvested by hand over the course of four weeks by a team of 120 people. Mr. Deitelbaum regards his wines, importantly, as “daytime Champagne. You’ll find our products being consumed at picnics, brunches, on the Riviera … I think that less sugar makes it able to be paired with a broad variety of foods.”

The result is a very Hamptons style of wine: chic, quaffable, and art to behold.