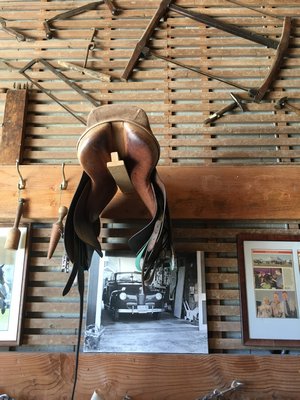 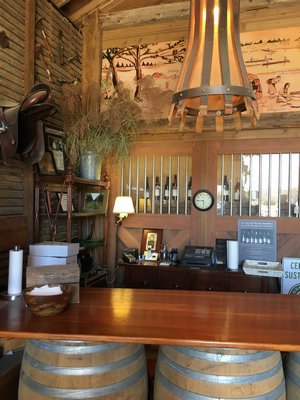 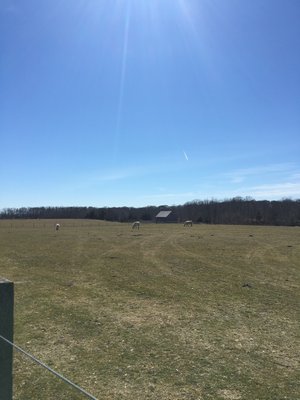 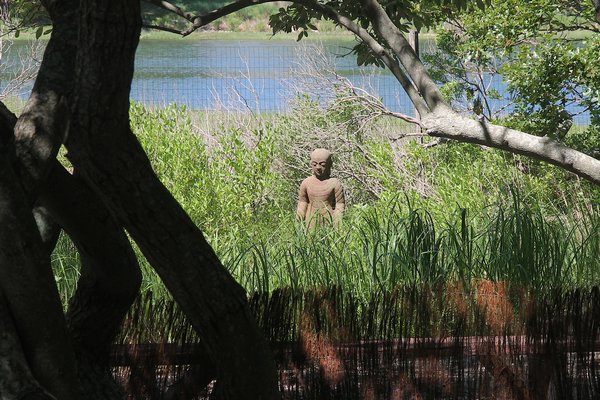 A view of the garden. KYRIL BROMLEY 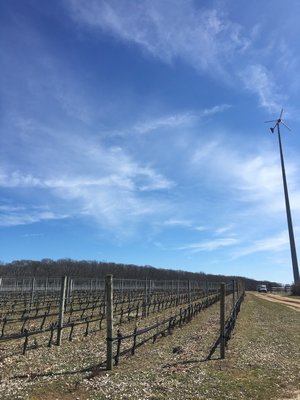 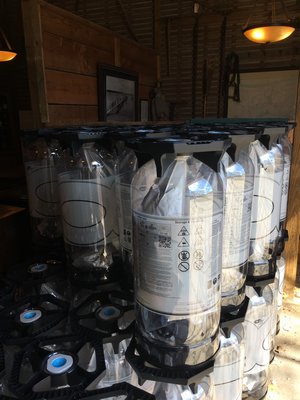 Aside from a trail of box elder bugs circling a newborn crocus, there was no sign, on a recent late-March afternoon, that spring had sprung on the North Fork. Indeed, the vines at McCall Wines appeared more prepared for winter dormancy than the nascent new season. But, as Katie Green, McCall’s manager, assured me, the fields would soon be in bloom, just in time for season’s opening. Unlike the majority of the North Fork’s wineries, McCall closes from Christmas through mid-April, its own winter dormancy. The property’s tasting room—once a potato barn—lacks insulation. Russell McCall, the winery’s owner, felt it important to pay homage to the land’s roots, even if that meant honoring historical precedent. In this case, that meant: no heat.

The first day of spring was, however, sunny enough, and Green, along with Gilles Martin, the winery’s consulting winemaker since 2007, heaved open a wide barn door, allowing light into the preserved potato barn. The view was of the soon-to-be-verdant vineyard, 21 acres of Pinot Noir and Merlot, planted two decades ago. McCall owns an additional 17 acres of land across the street, where other varietals—all planted in the early 1980s—thrive.

Under a lamp made from a retired barrel, Green, Martin and I tasted through some of the winery’s current releases. McCall is sustainable and organic in practice. A wind turbine on premises provides clean energy. “We’re more about best practices than certification,” Ms. Green asserted. “Best practices,” it turns out, extends to farming, too. The winery raises stunning white Charolais cows, a heritage French breed that feeds on a grass field adjacent to the finest wine parcels. Each year, some of these cows are butchered, broken down into cuts, and sold locally. The North Fork Table food truck that shows up on summer Fridays to serve McCall’s beef burgers is about as farm-to-table as life gets.

At its inception, McCall was a winery focusing on red wine. But that focus soon shifted with the realization of the capacity of the vines. Mr. McCall was “excited about red wine, but also knew he could make some extraordinary whites,” Ms. Green said. This land was once home to the fort of the Corchaug Indians, the tribe for which the town of Cutchogue is named. Later, it was home to Mr. McCall’s grandparents. Today, the winery seeks to produce small quantities of fine wine from the land where Mr. McCall spent his childhood.

McCall Wines envisions itself Old World in style. Although the grapes were planted in 1997, Russell McCall held back and produced his first vintage in 2007, when he felt the grapes were mature enough to enjoy. The tasting room opened in 2010, in conjunction with the release of the first vintage, which had spent several years in bottle. Of the style, Mr. Martin said, “All the wines show the terroir. They show what we can do here on Long Island. I like finesse rather than power.” Invoking the iconic Loire Valley vigneron Didier Dagueneau, Mr. Martin describes the wines as a marriage of Old World convention and New World fruit (Dagueneau’s famed Sauvignon Blancs were less steeped in minerality than their Sancerre cousins, but still drew from the character of their native land).

These wines are, as Mr. Martin predicted, finessed, as well as varietally true; earthy; spicy; and long on the finish. Particularly impressive were the robust, strawberry-toned 2016 rosé—a whole-cluster pressed Merlot/Syrah blend, of which 737 cases were made—and the Vosne-Romanée-reminiscent 2013 Pinot Noir.

As at the winery’s inception, wines are consistently held back until they are mature enough for release, which can mean years in bottle before the public sees them. In some years, like the notoriously wet and unruly 2011 Long Island vintage, the winery refrains from making much of its wine. The winery’s signature cuvée, Ben’s Blend, named for the late manager who helped develop the winery before his untimely death, is produced only in exceptional vintages, four so far: 2007, 2010, 2013 and 2014. The wine is a Claret-style blend of Merlot, Cabernet Franc, Cabernet Sauvignon and Petit Verdot and commands the highest prices of the wines produced at McCall.

Of course, I’m not alone in appreciating the complexity and nuance of these wines. Wine Enthusiast has given the 2012 Reserve Cabernet Franc 93 points, the 2009 Reserve Merlot 90. But don’t take those numbers for granted: go out and see for yourself. McCall Wines opens for the spring season on April 21.