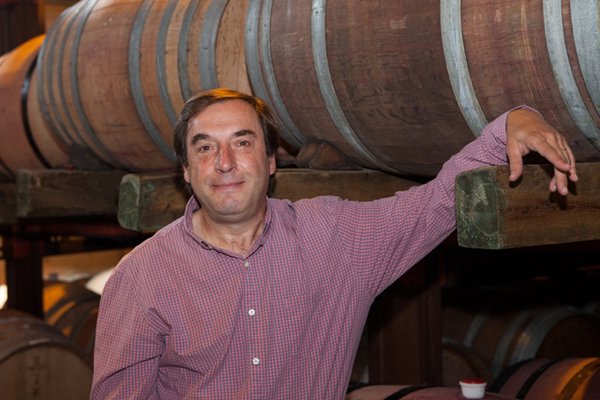 “April is the cruelest month,” T.S. Eliot once wrote, but I believe that designation should be reserved for February, the coldest, most brutal of them all, reminding us of John Locke’s vision of life: nasty, brutish, and short.

If that characterization strikes you as macabre, perhaps you are immune to the often-brutish emotions inspired by the weather. This writer, however, is not.

Despite the Northeast’s desolate midwinter landscape, February might be the perfect time to winery-hop. Imagine the crowd-free tasting rooms, the snow-licked scenery, the assault of saline from the Peconic on a blustery day. Imagine having the time to watch an early setting sun sink into the vines while enjoying a glass of whatever your oenophile heart desires. You, my friend, have just entered prime wine season, and I bet you didn’t even know it.

The North Fork is laden with choices, and I’ll be highlighting some of the interesting vineyards and winemakers of the region in upcoming columns, starting with Aquebogue’s Palmer Vineyards, founded in 1983 by the late Bob Palmer (he passed away in 2009). Palmer enjoys distinction as one of the oldest wineries on Long Island and has a longstanding reputation for producing approachable, varietally correct wines that reflect the region and its terroir. In addition to the North Fork standards of Cabernet Franc, Cabernet Sauvignon, and Merlot, Palmer’s 90 acres are planted to Gewurztraminer, Pinot Blanc, Sauvignon Blanc, Albariño, Malvasia, Muscat, Chardonnay, Riesling, Syrah, and Viognier.

“We are Old World with a twist of New World,” said Miguel Martin, the winery’s general manager and winemaker. “Because of the region, we are more European in profile than a warmer climate. We will never be 14-percent alcohol. The region will never give you that.” And these wines are, unmistakably, Old World in style, borrowing themes from neighbors across the pond. Alcohol levels are controlled, balanced by soft tannins and the requisite amount of acid. Wines are produced using only estate fruit meaning a dedication to quality control in the fields; Mr. Martin harvests his grapes using a combination of machine- and hand-harvesting, depending on vintage and varietal. “You have to be proactive about how you manage the vineyard,” Mr. Martin said, “because there are no two years alike.” The result of such vine management is controlled, correct wines that demonstrate the breadth of Long Island’s winemaking. These are not jammy, unruly wines, but, rather, the wines you drink with dinner every night.

Which isn’t to say that the winery does not put forth an esoteric exception or two. While the Merlot, for instance, is textbook North Fork, with supple fruit and a bright finish, the winery also has a fascinating dedication to Alsatian varietals, like Pinot Blanc, Gewürztraminer, and Riesling. Mr. Martin, the property’s resident winemaker since 2006, hails from properties in the U.S., Australia and Spain and brings with him a long tradition of winemaking and inspiration and Old World sensibility. A self-described Sherry enthusiast, Mr. Martin, who has autonomy when making creative decisions for the winery, produces a Solera-style late-harvest Gewürztraminer in the footprint of Sherry. This oxidative, sweet white spends eight years in barrel before bottling and release, and Mr. Martin produces only 35 cases of these 375-milliliter bottles. It’s a creative twist on a classic and a good entrée for the nascent wine drinker who is looking to expand to drinking the complex wines of Sherry.

All of Palmer’s wines are aged in a combination of French, Hungarian, and American oak, all medium-toast, in order to impart structure without overwhelming the natural complexity of the grapes. The exception is the traditional Chardonnay (the winery makes two, one aged in stainless steel, one in oak), a wine that is fermented in the barrel and that sees nine months of French oak, 12 percent of which is new. The wine undergoes full malolactic fermentation, giving it a decidedly creamy, full, New World appeal. In short: The estate produces a wine for every palate, and represents a blend of traditional and modern values in winemaking.

But if there’s anything Palmer wants to impart to wine lovers, it’s that Long Island wine cannot be pigeonholed. “Don’t come with a preconceived idea … Come with an open mind.” Palmer Vineyards’ tasting room, located at 5120 Sound Avenue in Aquebogue, is open from 11 a.m. to 5 p.m. daily and until 6 p.m. on Saturdays. Visit palmervineyards.com for more information.