With Wine And Food, What Grows Together Goes Together - 27 East

With Wine And Food, What Grows Together Goes Together 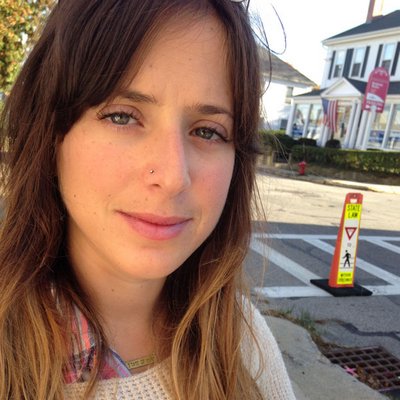 Hannah Selinger is a freelance writer and retired sommelier. She lives in Sag Harbor. hannah.selinger@gmail.com

What grows together goes together, the old foodie adage goes.

One might find particular resonance in this phrase as she sits at a café in the Nantes, slurping Brittany oysters and sipping Muscadet Sèvre-et-Maine. The history of wine pairing is probably as old as wine itself, though masters of the good stuff used instinct over intellect to determine whether a wine was fit for apéritif or entrée. Which is to say: the most natural food and wine pairings have always grown up together.

East Enders live not in France, of course. But, geologically, Long Island benefits from some of the same qualities that make French wine great. Three hundred million years ago, when the planet was one large continent known as Pangaea, North America and Europe shared a border, as well as some of the components that each now continues to contain. Germany, latitudinally, is now parallel to New York’s Finger Lakes, and both boast blue slate soils rife with schist, perfect for the mineral-driven Rieslings that thrive on both sides of the Atlantic.

Here on Long Island, we inherited the sandy, loamy soils of the Loire Valley, and similar grapes—most notably, Cabernet Franc—thrive here. Is there a more natural pairing than Long Island duck breast and an herbaceous, bright, and spicy local Cab Franc? Why separate sweet, late-season corn and tomatoes from the grapes that grow in neighboring vineyards? With autumn nearly upon us, it’s time to shift focus from white to red. Fortunately, the “other” Cabernet is alive and well on Long Island, with current releases from top producers highlighting the true depth and breadth of the grape.

September can rival April with its weather vacillations. While post-Labor Day beachgoing is certainly still an option, the nights foreshadow the chill of the cooler seasons. Some of Long Island’s best reds embrace this duality, providing wines with both heft and brightness. Not sure where to start? The current release of Paumanok Vineyards’ Cabernet Franc, the 2013 vintage, boasts brambly fruits and developed tannins, as well as a backbone distinguished by neutral oak contact. 2013 was a fantastic season for Island wines, with a wet spring, an extended summer that ran hot and dry, and a cool, frost-averse autumn. The Paumanok is a leaner style of wine, which would do well with a slight chill and 12—or 24, or 48—of your favorite Long Island oysters.

For a bolder approach to local Cabernet Franc—think rich, full, and unctuous—try Macari Vineyards’ 2013 Reserve, a cedar-toned red with deep, dark blackberry notes and the potential for a bit of cellar aging. This is a refined wine for those cool September evenings that require a bit of warming. Alternately, Kontokosta Winery, from the far eastern tip of the North Fork, Greenport, now has (grape) skin in the game, too. This winery opened its doors only a few short years ago but is now making impressive strides with Cabernet Franc, as is reflected in Kontokosta’s 2013 vintage, an approachable wine with crushed violets and dried fruits on the nose and a lingering palate teeming with baking spices.

Cool-climate reds again performed well in 2014, when spring developed into a cool, forgiving summer. It was, once again, a dry year until fall, preferable conditions for—you guessed it!—Cabernet Franc. Bedell Cellars’ most recent release of Cabernet Franc is the 2014, a younger, more concentrated version of the varietal than some of the wines from other producers. Clean red fruits and black spices abound, making this an obvious choice for game birds and, in particular, the much-lauded Long Island duck. From the same temperate vintage, the Shinn Estate “Mojo” Cabernet Franc is fresh and vibrant, with no oak contact and a clean finish. This flexible wine could carry an imbiber straight through to Thanksgiving, when acid provides a welcome respite from fat, but would be an equally compatible partner for the last of the burrata and heirloom tomatoes.

Perhaps the most exciting of all is membership-only vineyard Roanoke’s pending 2014 release of “Gabby’s Cabernet Franc,” a wine that has, in the past, received accolades from Robert Parker and The New York Times, who called the last vintage “absolutely beautiful.” The current release of Gabby’s is sold out, with the 2014 expected to arrive in September 2017. But really, that just gives us something to anticipate as we drink through what’s now available.

In the meantime, grab the 2013 and 2014 Long Island Cabernet Francs while you still can. Put a few in the fridge to pair with local salads and oysters, a few on the counter for dinner next week, and a few more in the cellar for later. These vintages of this varietal are built to drink now—and for years to come.