Wolffer Reveals What To Expect From 2018 Vintage - 27 East 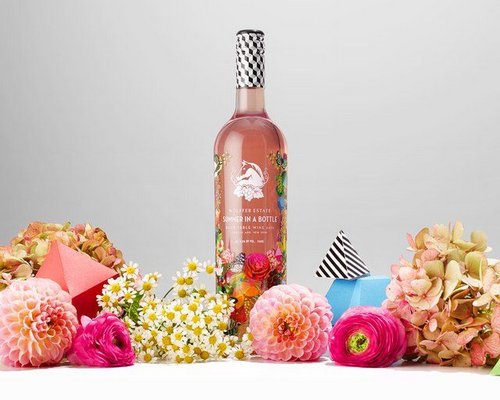 These days, “Hamptons” feels synonymous with rosé, a relationship forged, in no small part, by Sagaponack’s Wölffer Estate Vineyard. Founded in 1988 by the late Christian Wölffer, the winery is now run by Mr. Wölffer’s children, Marc and Joey, as well as by winemaker/partner Roman Roth. In addition to the 55 acres under vine in Sagaponack, the winery also boasts 52 acres on the North Fork, 2.5 acres in Mallorca, Spain, and 200 acres in Mendoza, Argentina, as well as 160 acres managed as a North Fork collaborative.

In the 31 years in which Wölffer has produced wines on Long Island, their portfolio has grown considerably. And although their stunning rosés still shine as the centerpieces, they also produce gin; brandy; a series of red, white, and sparkling wines; three dry white ciders in red, white, and rosé; two types of nonalcoholic verjus; late-harvest dessert wines; and vinegar.

What can wine drinkers expect from the 2018 vintage?

According to Mr. Roth, the vintage, which presented some unique weather challenges, was ultimately successful. The winery’s Estate Rosé, a blend of Merlot, Chardonnay, Cabernet Franc, Cabernet Sauvignon, Sauvignon Blanc, Riesling, and Pinot Noir, was released on February 1, 2019. It’s a ripe, creamy, and bright wine, with an aromatic nose and a clean finish.

“The wines are fruit-driven,” Mr. Roth said. “The grapes came in clean. So we have a classic, elegant style. Elegant rosés, very food-friendly whites. Even our reds worked out well. I think that’s what I’m most proud of.”

Proud, he says, because the vintage included a wet fall, which can promote mold and fungus on delicate grapes. But, Mr. Roth argued, anyone can make great wine in an easy vintage. It’s the challenging vintages that truly showcase a winemaker’s discipline and talent. Ideally, a winemaker prefers even bud break, as well as, Mr. Roth said, “A nice, dry, hot flowering, so that you have an even set on the berries. Then, of course, you would like a nice June and July that has rainfall, but is dry [overall]. Good growth of the vine and the leaves establish a canopy quickly. When August and September come … you want it nice and dry, and maybe one rain every two or three weeks to keep the vines healthy.”

First introduced in 2013, the wine showcases varietals grown on different vineyards and harvested at times designed to maximize the profile of the fruit. Harvest of the fruit began on September 20 and stretched all the way to October 10, in order to give each grape varietal its due. The resulting wine is rich, fruit-driven, and mineral. The vineyard produced 35,000 cases this year.

The Grandioso Rosé, the reserve-level rosé that showcases four grapes (Merlot, Chardonnay, Cabernet Franc, and Gewurztraminer), will be released on May 1. This wine is typically creamier, owing to time spent on the lees.

Last year, Wölffer also introduced a dry red cider (prior to that, the winery produced only a white and rosé version).

“In Argentina last year, we started the Finca red,” Mr. Roth said, which is a blend of Malbec and the aromatic white grape known as Torrontes. “Concrete fermented. No oak fermentation. A vibrant red wine with fruit and no bitter tannin. When we started with this, I felt that we should make a red cider. It’s a very giving cider. Anybody can smell it. We use a little of black currant extract, so it’s beautifully aromatic, but it’s not silly and sweet. It stays balanced. It’s very serious. It’s sophisticated.”

Another sophisticated addition to the arsenal is the Petit Rosé Verjus, a nonalcoholic spritzer that combines pressed Pinot Meunier juice with carbon dioxide for a sweet, effervescent, and adequately adult option for rosé drinkers who prefer to forgo the alcohol.

“This is the new wave I’m predicting,” Mr. Roth said of serious nonalcoholic beverages, a category that continues to command more and more gravitas with each passing year.

As far as 2019 is concerned, the season has been good—so far.

“Our hopes are high,” Mr. Roth said. “We’ve had three average years on Long Island, so we are due for a great one. This is the dream vintage coming up.”

I write often—and often endearingly—about wine in this column, since wine, ultimately, is my provenance.Before ... 27 Feb 2019 by My27east